So I’ve been a bit strapped for cash lately and was thinking I might need to supplement my income.  A few different schemes have been considered and tossed out the window for various downsides…

I was thinking I could deal drugs – but I’d likely end up lecturing the people I was supposed to be selling to about the dangers of illicit substances.  I also thought I could go into directing porn – but I’d likely spend too much time building the self esteem of my leading ladies and then I’d be left high and dry with no actors.  Another thought to turn a quick buck was to rent out my back rooms by the hour to some ladies of the night – but I reckon Mr K’s product sampling could eat into my profit margins too much.  So what to do?

And then out of nowhere (okay not really nowhere – Uganda actually)… the perfect money making scheme!  I’ve already got ready access to the required equipment and consumables!  It’s perfect!!!

UGANDA’S police warned male bar-goers to keep their noses clean after a probe found a gang of robbers had been using women with chloroform smeared on their chests to knock their victims unconscious.  "They apply this chemical to their chest. We have found victims in an unconscious state," Criminal Investigations Directorate (CID) spokesman Fred Enanga said.

"You find the person stripped totally naked and everything is taken from him," he said.  "And the victim doesn’t remember anything. He just remembers being in the act of romancing."   Mr Enanga, who explained that several types of heavy sedatives had been used, said he first came across the practice last year when an apprehended thief named Juliana Mukasa made a clean breast of the matter.

"She is a very dangerous lady," he said.   While early investigations suggest that the gang may consist of dozens of members, the source of the sedatives remains unknown.   "We don’t know exactly how they get these materials," Mr Enanga said. "That is something that our investigations must crack."

He called on men, particularly travelling businessmen who tend to carry a lot of cash, to take caution.   "It’s a serious situation and people have to be aware."

I’ve made my “L” list and was going to check it twice, but think it’s probably more interesting with my typos left in it 😛  No doubt… no doubt… there are many many grammatical errors every time I start bimbling along in here.  Yes strangely I think of this journal as being ‘inside the internets’ and it bears little resemblance (or effect) on my actual Life™.  Weird.  Anyway… “L” 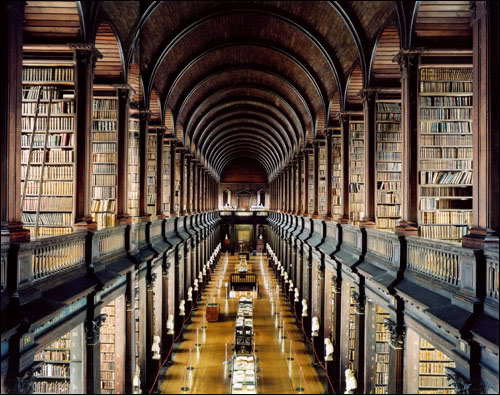 1.   Lies, Liars, Lying – dishonesty hurts like a bitch.
2.   Love bites – hickeys!  yuk!  can you say ‘trailer trash’ kiddies?
3.   Lawyers – douse one in kerosene and put one on fire today!
4.   Long haul flights – love to travel but hate the getting there bit
5.   LiveJournal – gotta get a haircut and get a real blog
6.   Link – comes to town to save the Princess Zelda (ad nauseam)
7.   Luteal hormone support – Argghh! progesterone poisoning!!!
8.   Lending stuff – things never come back in the state in which they left
9.   Lines – Queueing is one of the banes of our modern existences
10. LoLCats – I loathe LOLCats which incorporate two of my pet hates… cats and bad grammar.  With one notable exception (where ceiling cat is watching you masturbate) they’re universally annoying.  So I fink yoo peoplz can haz yor damn LoLCats but pwease don’t inflict deez stoopid cat pichas on me enymoor!  It is beyond my understanding why some of my friends and family persist in sending them to me.

*did I really just say that?  It doesn’t sound like me….

I’m not sure what’s worse… that this song exists or that I am obviously becoming more of an accomplished geek than I care to admit as I am familiar with most of the terms in this rather…. errr… interesting musical creation.

Your rainbow is shaded black.

What is says about you: You are a powerful person. You appreciate mystery. You may meet people who are afraid of you.

Find the colors of your rainbow at spacefem.com.

There comes a time as a parent where you need to make certain decisions to protect your own sanity.  In truth we don’t want to let the offspring down and we don’t want them to feel like subjects of indifferent parenting… but there are some things soooo unappealing and tedious in our eyes that we simply must act in order to preserve what little remains of our own dwindling mental capacities.

I’m such a horrible parent.

It started right from day dot when I was lying my arse off to the doctors so they’d let me take him home.  And then there was the time I forgot the Toothfairy and then made up some bullshit for the Small Child in the morning telling him we were supposed to email the Toothfairy so they’d know to come visit.  There was the time he was complaining of RSI in his thumbs after inadvertently being allowed to play too much Nintendo on the holidays.  Then there was the day where I totally lost him and subsequently lost the plot as well.  Then of course there is the special torture that is enrolling him in Catholic school when we’re not overly even remotely religious.  Then there was the time we weren’t vigilant enough about exposing him to YouTube which had him sprouting about Menergy and Kenyans for two weeks solid.  And of course there have been innumerable occasions where I’ve exposed him to our friends who don’t have a PG rating.

And after tonight we’ll be able to add to the list of my (real or imagined) parental infringements, my flat refusal to participate in something that involves 1) red and green clothing ‘preferably something Christmassy’ and 2) the singing of Christmas carols by small talentless children.  Why?  Well because Christmas Carolling doesn’t even remotely resemble something of whimsical Dickensian tradition – to me it’s more like being forced to sit through Chinese opera performed by mating possums.

Please I don’t want to go… you can’t make me!!!  It’s bad enough that we have to do things like enter elevators and shopping centres around Christmas time where we involuntarily have Christmas carols inflicted upon us.  I see no reason why we should exacerbate the situation by voluntarily participating in carolling ourselves (shudder) .  You know forced exposure to Christmas Carols should constitutes a human rights violation… or at the very least… be considered cruel and unusual punishment of some sort.

Sigh… but thank you Mr K… you’re a Prince among men for taking the Small Child to the Carols by Candlelight tonight.  Why, Im sure taking your children to something like this is tantamount to being there for dance recitals!  So I bet there’ll be no goats on the internets in the Small Child’s immediate future and that’s all thanks to you Daddy!
.