Good gentles! We are writing this day to take the opportunity to remind you all that Lochac has long desired to be a peaceful Kingdom!

Why, it was only a few short months ago that the Notorious Pretender, Baron Rufus of St Florian de la Riviere had the audacity to attempt to usurp the rightful Landed Baron and Baroness of Politarchopolis and place his Own Brother in charge of that most mercantile demense! Yet here We are not six months have passed, the dead of the Battlefields of Rowany barely grieved for, the wounded still in physiotherapy recovering from their festival injuries and what do We hear? But that the most Ill-advisedly Ambitious Sir Rufus is once more brewing up treason and sedition!

It has come to Our Royal Ears that Sir Rufus refused, in a most ignominious fashion, to toast his Rightful King at the recent St Florian Baronial ! We have also heard word that he has been marshalling troops and plotting to take Our Beloved Queen Sabine to style her as ‘Queen of the North’ with a rumoured intention to march South and, We are sadly quoting from Our erstwhile Royal Spies here, “Put the King’s Crown on another’s head!”

Sir Rufus, may well you gather your troops of the North for you have vastly underestimated the strength of the Crown! His Majesty is most seriously displeased – for while His alliance the Queen may outwardly appear to stem from political expedience, Their mutual Regard and Affection is reflective of a long-standing friendship that spans many many years, and you will not so easily divide Our Kingdom! Prepare yourself, you scurrilous knave! For We are to prepared to go to War to put an end to your pretentious ambitions and treasonous intentions for once and for all!

To Our Gracious and Loyal populace, gather with US at Spring War and stand fast with your King and Queen against the most Persistent and Spurious Wannabe, Baron Rufus!

Yours in Service to the Glorious Kingdom of Lochac

Unto Our truly tremendous Populace does Niáll and Sabine send Greetings!

This weekend has seen Us travel to some of Our Southern Lands to visit with the Baronies of Stormhold and Krae Glas at the William Marshal tournament. Whereupon We were received with the warmest of welcomes and most wondrous hospitality!

We were extremely gratified to see so many friends, both old and new, who had travelled from near and far, to join Us.
It was our very great pleasure to be able to recognise many good gentles for their skills and service during Our court, and it was Our particular honour and privilege to recognise Our dearest heraldic servant, Mistress ffride wlffsdotter as a ‘Herald Extraordinary’ for her many many years of dedicated service to all the Kingdoms of the Known World.

We would like to thanks the stewards and their team, the heralds, marshals and cooks for their work in creating a magnificent event.

Her Majesty’s ‘Inadvertent Cheese Tour of Lochac’ continued with some delicious cheese and mushroom pasties from the kitchens; We offer Our compliments to the cooks! His Majesty is much looking forward to seeing many of you at the Oakewaite 10th Anniversary event soon, before We both journey to Mordenvale for what promises to be a very exciting and eventful Spring War!

Yours in Service to Lochac
King Niáll & Queen Sabine 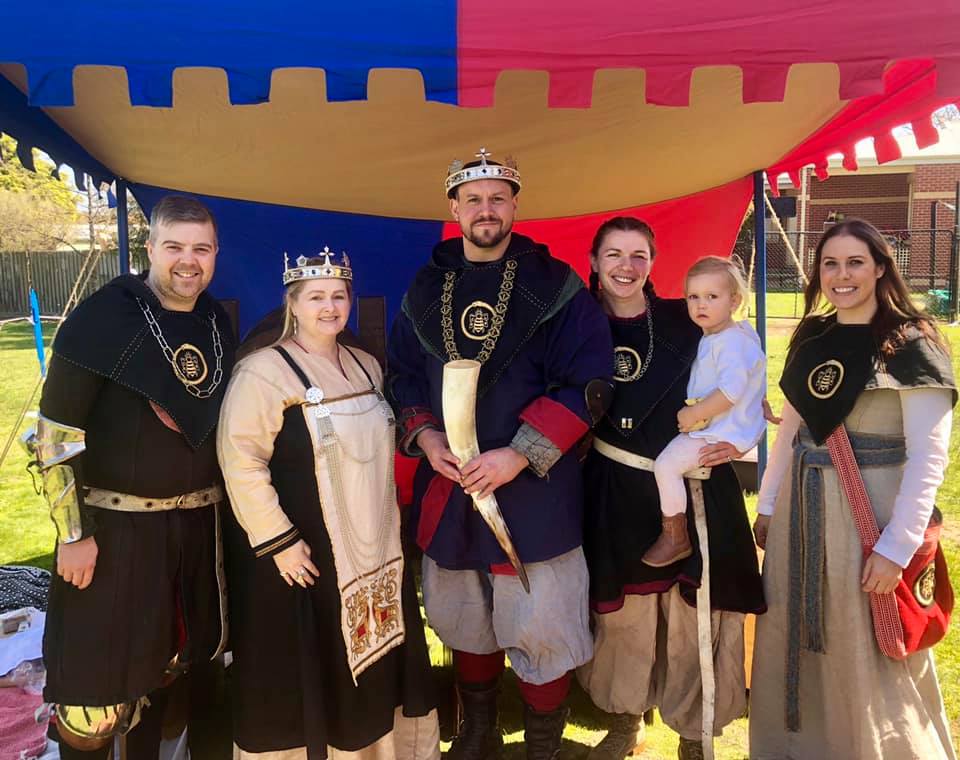 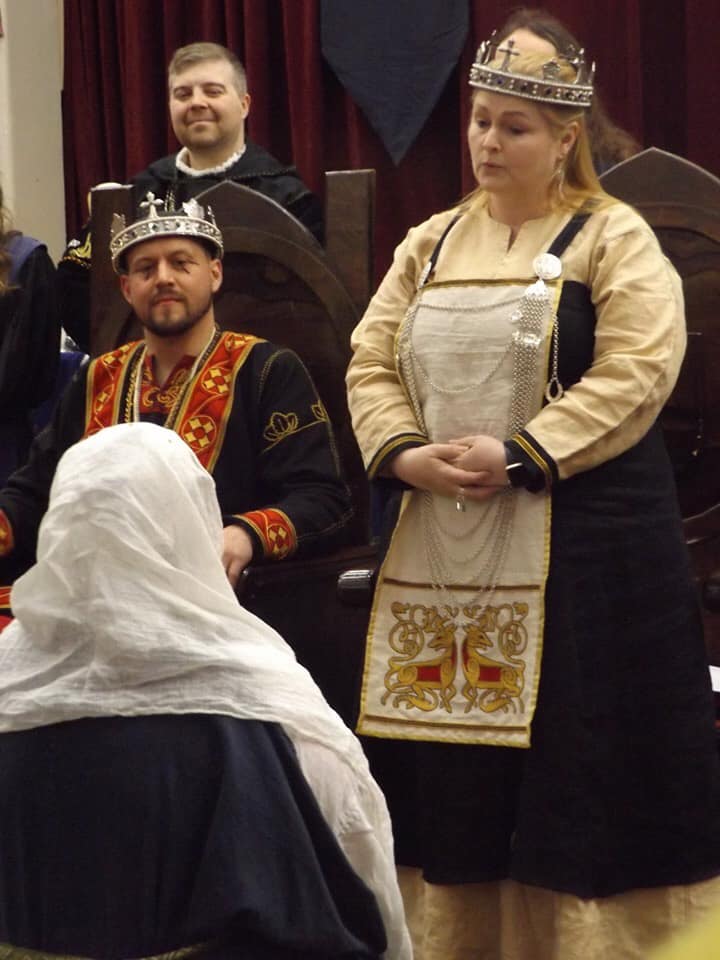 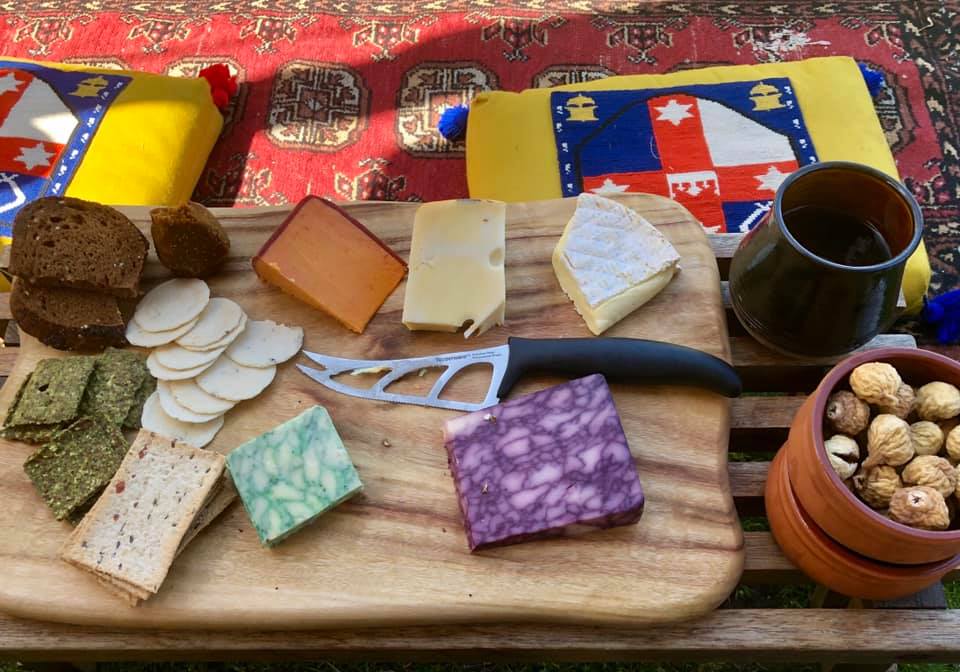 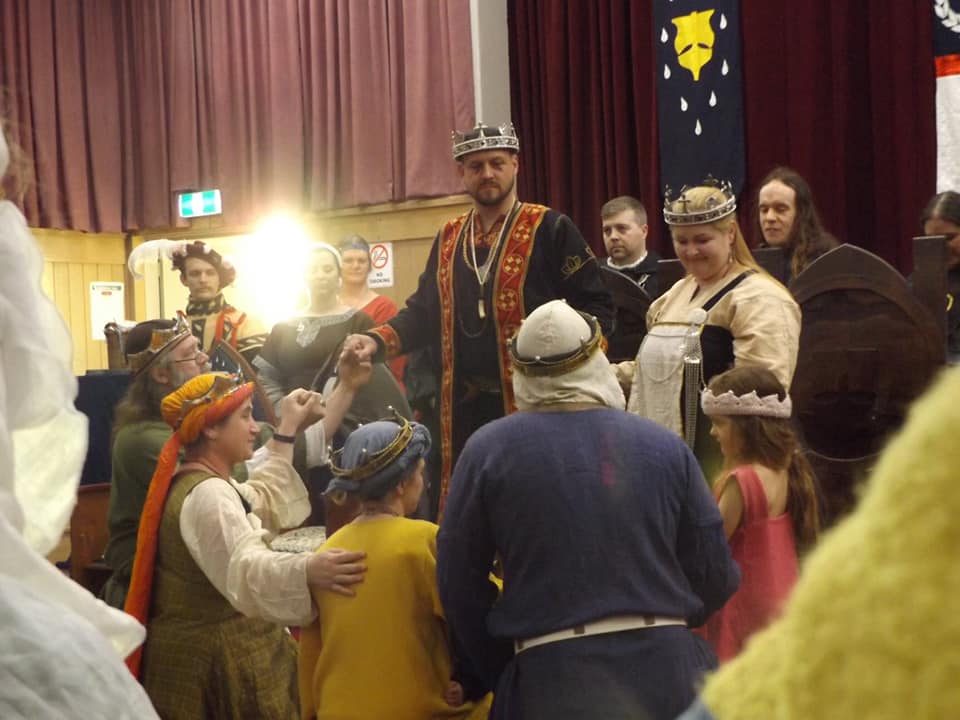 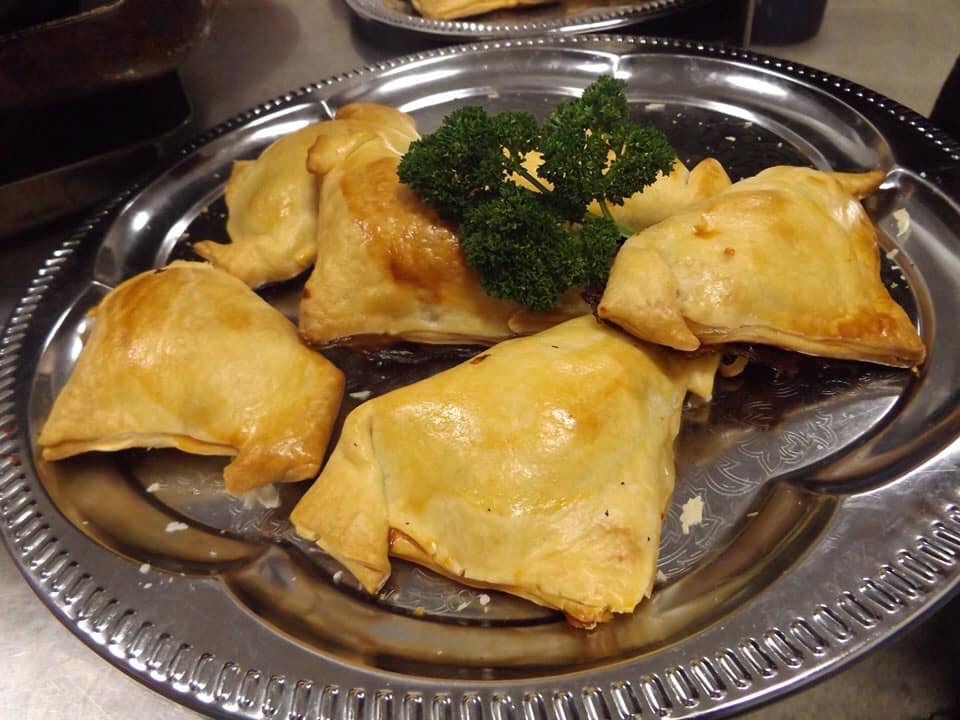