Okay, so anyone who’s been reading here for a while would be aware that I absolutely love the Cirque du Soleil.  I have seen over 15 productions on three different continents and take every opportunity to see any of the touring shows that come to town. 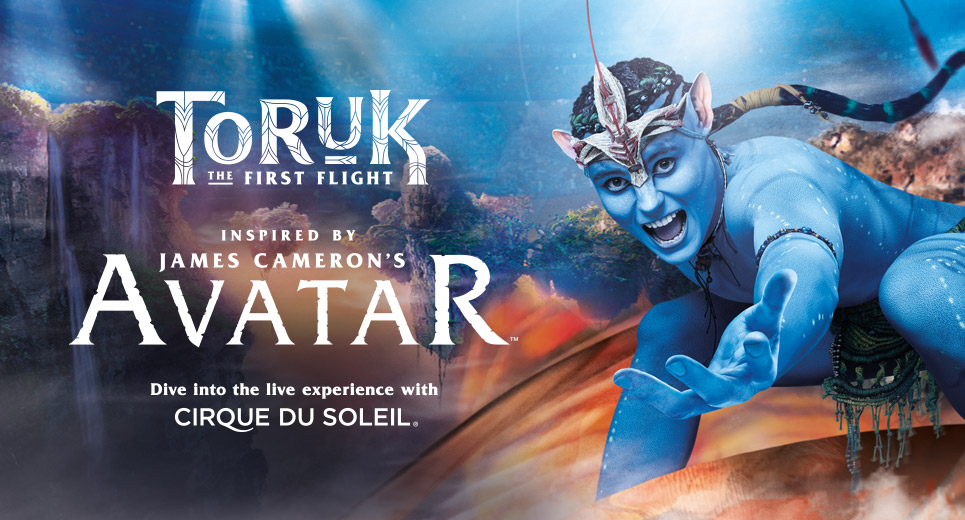 Recently, Toruk: the First Flight came to Brisbane.  Curiously it was being held at the Brisbane Entertainment Centre – a huge venue that is often used for rock concerts and sporting events – rather than under the trademark Cirque du Soleil, Grand Chapiteau.  Usually, the touring shows do a global tour in the Grand Chapiteau and sometime before they are about to be retired, they will tour a limited number of cities in arena venues – but Toruk is a fairly recent production so it is unusual that it was coming to the arena when it hadn’t been under the big top.  We didn’t really spend too much time wondering why Toruk… the Cirque was coming to town so of course, we would want tickets anyway (but perhaps we should have…). 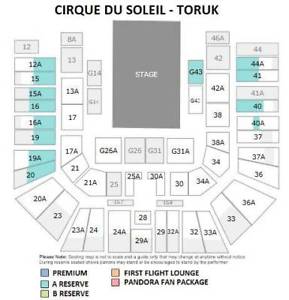 Sadly, these were some of the most expensive Cirque tickets we have ever bought – about $200 per person (they just keep getting dearer and dearer), but we chose our seats as best we could, based on the floor plan provided, and hoped for the best.  November rolled around and ta-da! tickets.  We were all excited to be going, there were four of us and friends of ours from up north were also coming down for the event.

Well, I knew as soon as we entered the arena that this was not going to be a usual visually spectacular Cirque performance… our seats were placed such that we were about 25-30 meters from the edge of the stage (even though we were roughly in the 12th row – front row of section 21A (12th row usually would put you about 5-6 meters from the stage edge at the most).  The arena is huge, and the stage looked small and insignificant from the moment we walked in – not such a big deal for a rock concert with the huge screens they provide to see the musicians close up, but for a theatre performance?!  For reference, I have seen Saltimbanco, Quidam and Varekai in the arena setting and in none of these were we so far back from the actual performance.  A zoomed in look at our view… seems I didn’t try and take a pic at full frame. 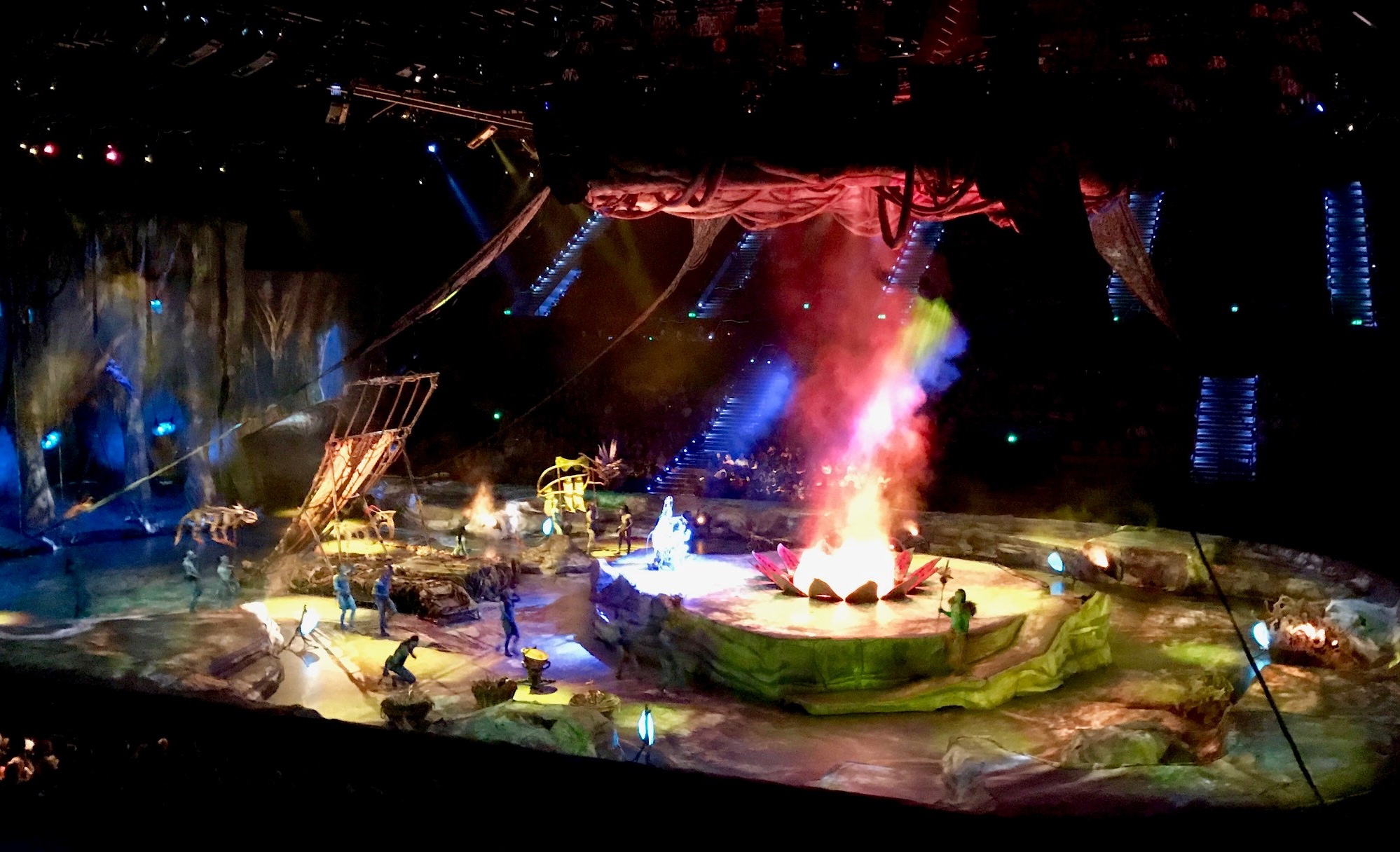 Something else that seemed a true weirdness for this performance was the presence of an interactive mobile app that the audience was encouraged to download and use throughout the show.  It was touted to do things like provide additional sounds, and turn torches on at pertinent points – but like many of these sorts of things, the sheer volume of people trying to use the app in the arena caused it to keep crashing and failing.  I also couldn’t for the life of me understand why they would sell you a $200 ticket and then encourage the entire audience to be fiddling with their phones and not watching the actual performance. 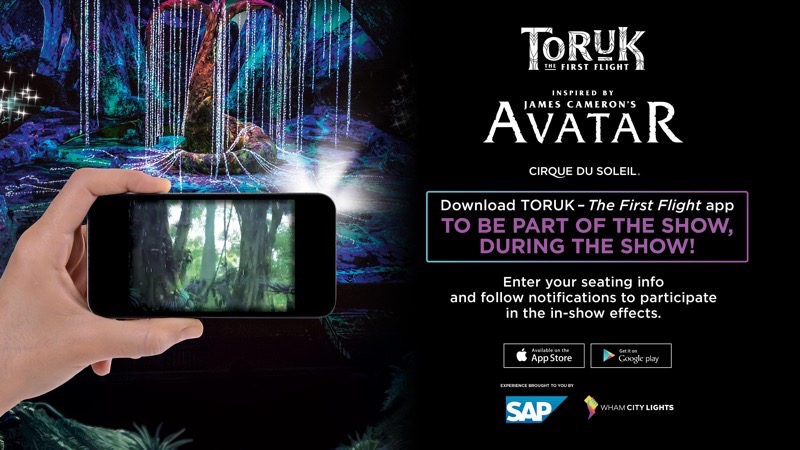 Then there was the actual performance itself.  The Cirque is usually a series of vignettes held together by a loose and sometimes obscure theme – this performance had a direct linear narrative, with an actual voice-over narrator frequently booming over the action sequences.  It was also seriously light on the actual feats of awe-inspiring acrobatics, gymnastics and dance expression that has made the Cirque such a global success.

Having seen two other performances that both carried a strong narrative similar to this, though not as blatant – Ka and Amaluna – I hope this isn’t the way of the Cirque in the future… leave that stuff to actual theatre productions – give us the Cirque ‘wow’ that comes from watching these incredible people display their talents.

All up the show was over-priced, underwhelming and I found myself disappointed and a little pissed off at having spent so much money to go see something that didn’t even feel like a Cirque show.  I felt ripped off at not being able to see the production in the big top, where I felt the more intimate setting may have improved the entire experience.  Instead of leaving with beaming faces and on a high, we all kinda meandered out saying ‘Well, it was okay, I guess.’  Not our usual countenance on leaving a Cirque performance.  Was all a bit sad really.  So, at the end of the day, I figure they are touring the show in arenas to milk the die hard fans before retiring this decidedly non-Cirque, Cirque show.