A very talented Australian animation artist named Paul Robertson has turned his hand to making a uniquely Aussie Pokédex… and it’s just brilliant.  I imagine non-Australians might have some trouble interpreting some of these Pokémon creations – you’ll just have to trust us that it all makes sense! 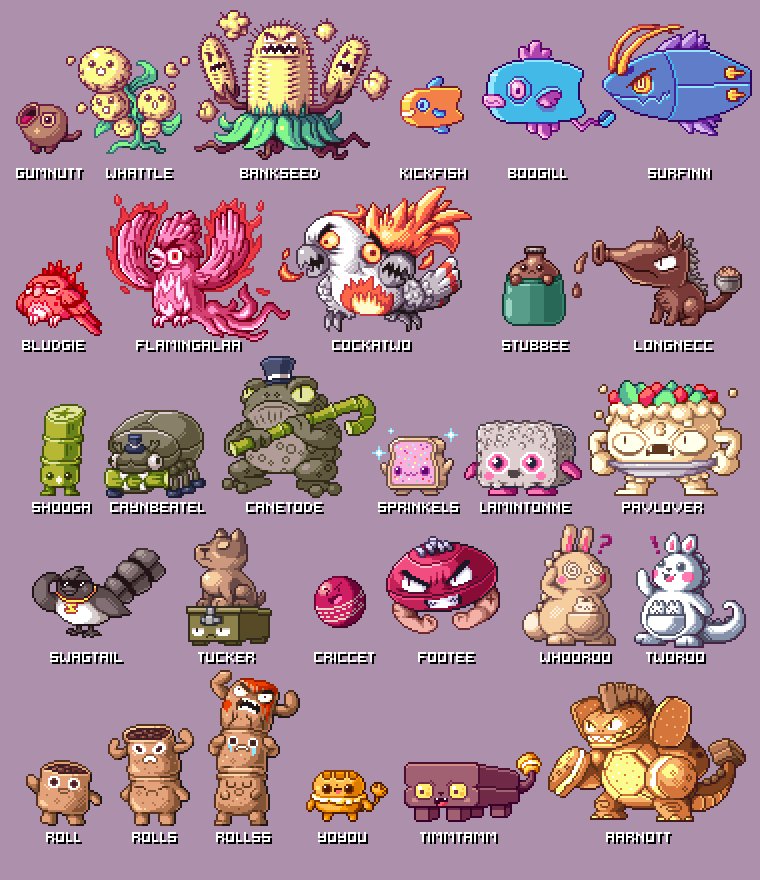 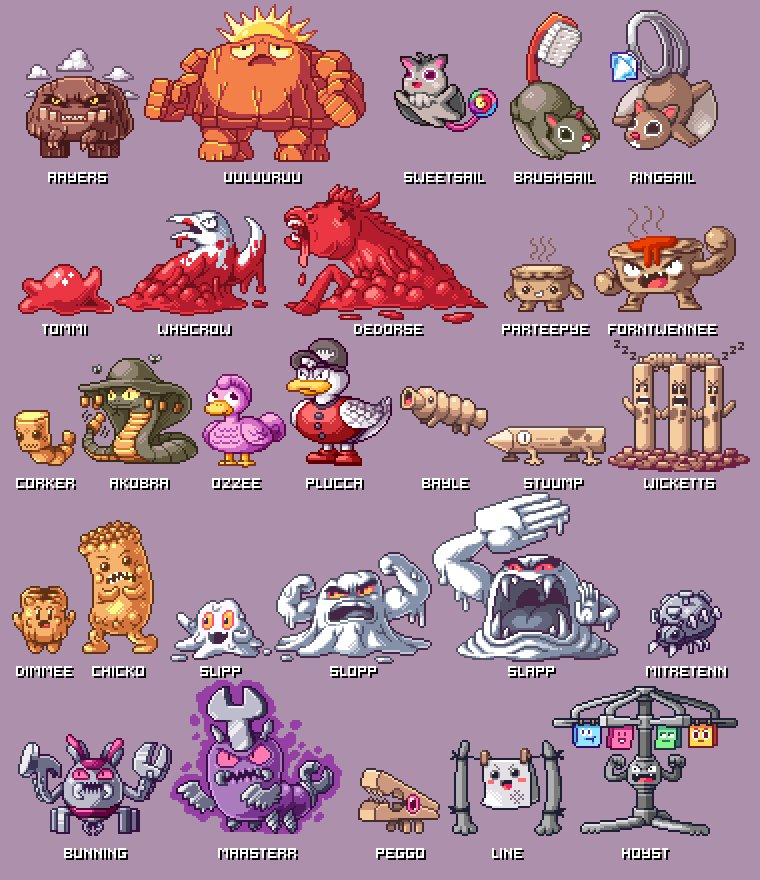 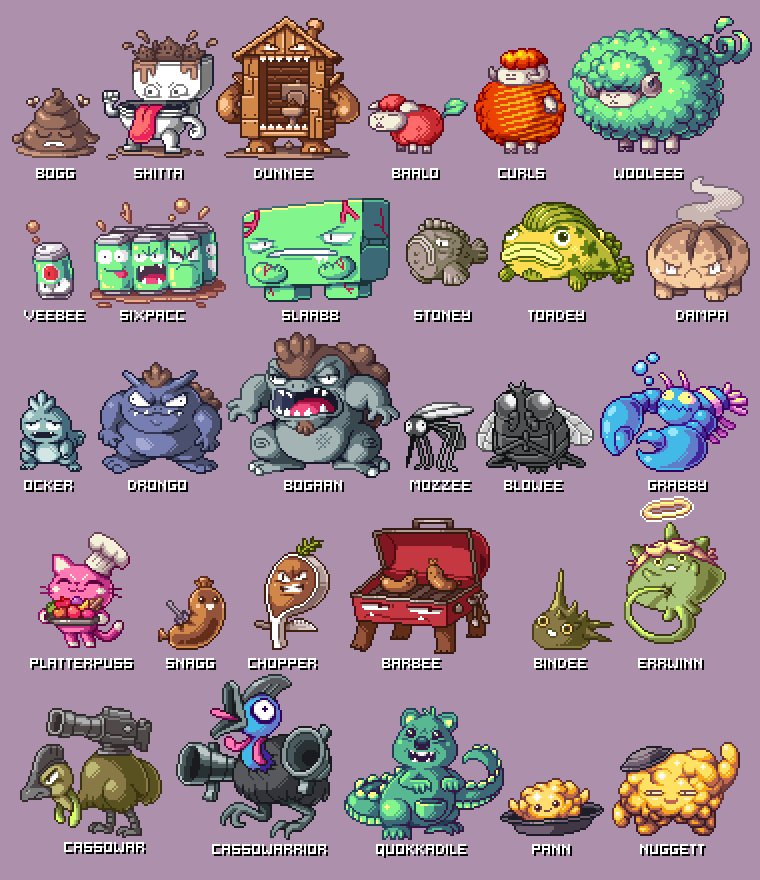 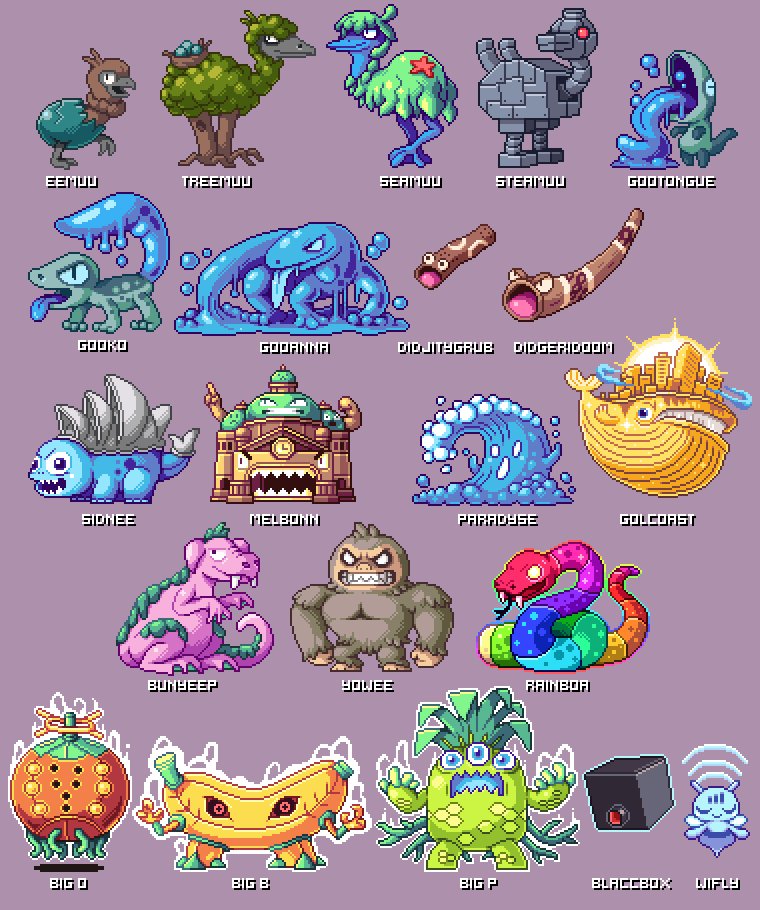 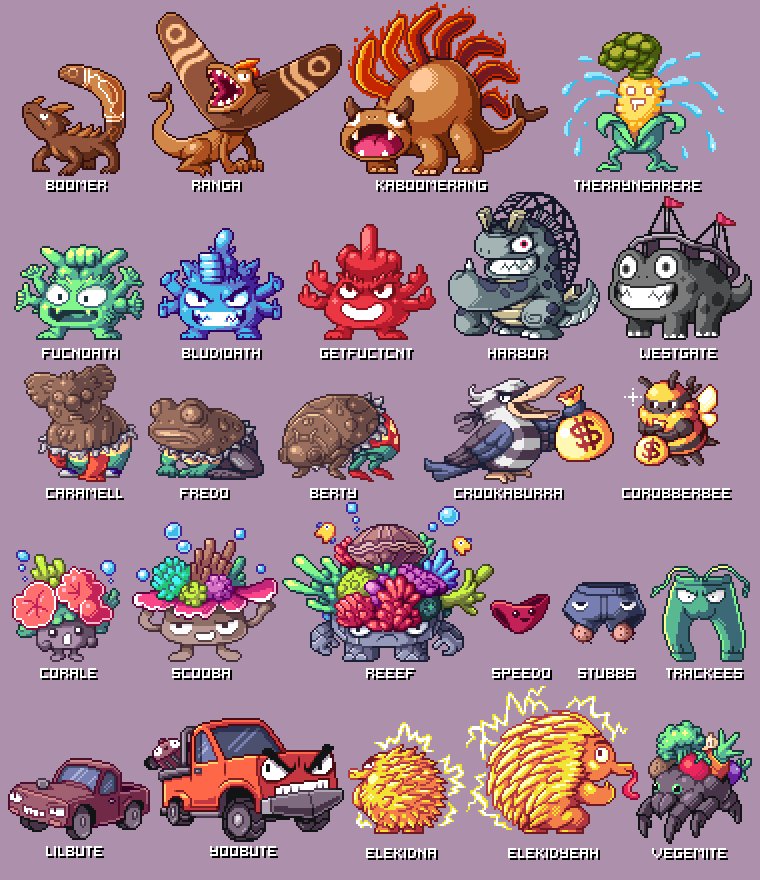 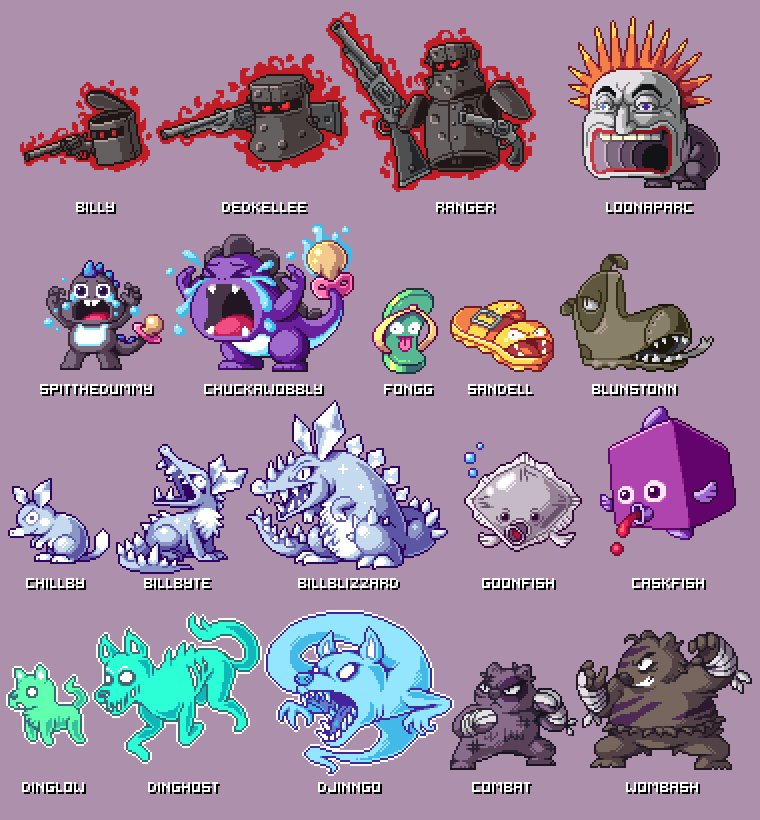 Saving here for future reference, via @probzz on Twitter.

Time seems to pass so quickly and this all feels like it happened just last year, but this story unfurled a little over twenty years ago… starting around the middle of 1996, maybe???  I had been single for while, I mean, not very long in the big scheme of things, but I was lamenting the lack of intelligent and refined young gentlemen in my general circle of acquaintance to a friend of mine, Peter.  It was a typical, “Where have all the good men gone?” conversation – I was sick of meeting guys who couldn’t hold up their end in a meaty conversation, guys who didn’t know or care about anything outside their own small world, guys who wanted to get you into bed but who had nothing of any substance to offer you over breakfast.  Peter offered me a some very good advice: ‘You need to separate the wheat from the chaff.’ said Pete, ‘What you need is a good pick up line…’  I had no idea where he was going with this, but he then said to me, ‘Next time you meet someone, ask them what they think of the Chinese Government disbanding the Hong Kong legislature.’  I laughed in his face – Oh right… how is that going to help me meet an interesting guy?!

But over the next few months, I found Pete’s pick up line was extremely useful: I would be out with the girls at a bar, and a guy would offer to buy me a drink or we’d be playing pool or something, and I’d pull out my conversation starter, ‘So… what do you think of the Chinese Government disbanding the Hong Kong legislature?’  I got a lot of blank looks, a lot of ‘Huh?’ responses.  I got one, ‘Are you drunk?’, and one guy who literally just turned and walked away.  It turned out that Pete’s one liner was a huge success at getting rid of repetitive conversations about cars or surfing, etc.  So I kept it. And used it to good effect.

Several months after I started applying my pick up line to my all and sundry social interactions at the Alex Hills and Colmslie Taverns, (Yes, I know, in hindsight, there was my problem, right there!), my sister came home from her first Rowany Festival (a large medieval camping event that is held annually near Sydney).  She was full of enthusiastic stories about the tavern, the wars, the wonderful people she’d met, and all the general merrymaking and shenanigans she’d experienced.  She showed me a whole pile of photographs of armoured fighters all decked out for war, and medieval campsites, and costumed people playing games on the green… it all looked like a lot of fun.  She showed me one picture of herself with some friends, and I said to her, ‘Who’s he?’

She replied that his name was ‘William the Admirer’, but that she didn’t know his real name, and then she related a story where ‘William’ was engaged in a flattery competition that involved several guys who were engaged in offering delicate sentiments to compliment the Princess at the time, and how ‘William’ had declared to all that he would henceforth change his name to ‘William the Admirer’ in honour of the Princess and her beauty and accomplishments… or something like that.  I laughed, but at the same time was quite taken by the idea of a young man who could pull off something like that in a social situation, and told my sister that she should invite him to a party that we were hosting soon, so that I could meet him… and so she did.  Several times apparently.  Each time she saw him, she apparently reiterated the invitation and he had promised he would come so that I could meet him.

The party in question was one of our then, annual Tequila Parties (complete with sombreros, ponchos, heavily laced sangria, nachos galore and a pinata filled with alcohol minis and condoms!), and when the night in question rolled around, I kept an eye out to see if the young man in question was going to turn up… but alas, he never did.  So I did what every sensible young woman does when being stood up by a man who didn’t know he had a date – got blind rotten drunk to the point where I was doing tequila shots and thinking, ‘This tequila tastes strange…’ only to double check the bottle and find it was vodka!  After that, I pretty much forgot all about ‘William the Admirer’.

About a month passed, and my sister informed me that she was going to a housewarming party in Annerley and would I like to come? At the time, I wasn’t really all that keen on going a party where I wouldn’t know anyone, so I declined the invitation… and then she said to me, ‘That guy from the photo is going to be there.’  Oh well, in that case, I decided ‘What the hell.’, I’d go.

We went to the party and I met a lot of new people and engaged in a lot of small talk – as you do when you are surrounded by people who know each other very well, but who you know not at all.  They were all laughing and telling stories and I was politely watching the party warm up.  Several hours and several vodkas later, it was obvious that the elusive ‘William the Admirer’ was not going to be making an appearance – yet again.  So much for that!  Unbeknownst to me, he was on a date (Which was going disastrously – that’s what you get for letting your mother set you up on a blind date!), and he was probably delivering his unfortunate date home around the time I was rounding on my sixth or seventh drink*! (*important plot point)

I was sitting outside under the patio when I saw him enter the dining room and thought to myself, ‘Hey there’s that guy from the photo! Finally, I’ll get to meet him!’ This much I do remember… from there though, things get a little hazy and versions of the story start to differ.  🙂  Apparently, while I am thinking this, he claims to have been thinking, ‘Who is that short blonde girl in the pink jumper, outside?’ (Yes, somethings never change).  I’m not sure how we actually met, though I am confident no one made an actual introduction, but HE claims that he was standing in the dining room, talking to Stefano and that *I* came up to him in a very familiar manner and said, ‘Hello’, and put my hand in his pocket!  What a brazen hussy!  As I said, it was getting late, I had more than a few drinks, and my recollection is pretty sketchy but… it is possible that this occurred in this manner. I guess?!  :/  Stefano looks at him, he looks at Stefano, and they go, ‘Okay then.’

Over the next hour or so, I sobered up a quite a bit as we are exchanging pleasantries, and I think to myself, ‘I like him. A lot. He seems smart.’.  Still a little tipsy, I asked him a very important question, ‘So… what do you think of the Chinese Government disbanding the Hong Kong legislature?’ He looks at me for a moment, and then launches into a full-on dissertation on the political climate in China, and how the residents of Hong Kong are going to be affected by the move from English to Chinese rule and… I stop him right there, and confess that I don’t care, but I am won.  He knew what I was talking about and that was more than good enough for me.  🙂

We talked and canoodled until 5am, and three weeks later he declared he was going to marry me – to which I smiled incredulously and verbally patted him on the head by saying, ‘Ahuh, sure.’  But he proved me wrong and two years later we were married.

Mr K, I hunted you down from a photograph, and I am so very glad I did.  Sometimes the last twenty years feel as though they have been filled with more trials than triumphs, but the one constant has been us, and I am so looking forward to the next twenty years  <3 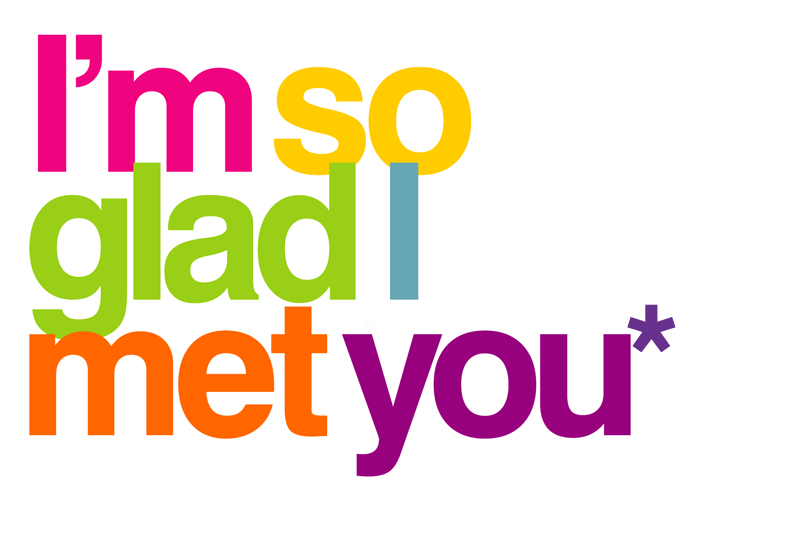 *and doubly glad that your date that night crashed and burned!  😉