Wow, you really do learn something new every day.  🙂  I’ve had this ‘thing’ for collective nouns ever since I met Mr K.  Now anyone who knows a SnapFrozen Yank (and has lived with one as long as I have) would no doubt have noticed that they don’t seem to teach collective nouns in Canadian schools.  For in our house there are BUNCHES….

why BUNCHES of everything really 😐

And we all know that the only acceptable things to come in BUNCHES are grapes and bananas… and of course a “BUNCH of flowers” (could you hear the Eddie in that?)  MR K just doesn’t have HEAPS, PILES, LOADS or LOTS of anything let alone any of those of really groovy collective nouns….

A smack of jellyfish
A flagellation of ferrets
A department of deer or a gong of elk
A heard of harlots
A drive or a stumble of dragons
A shrewdness of apes
A scourge of mosquitoes
A lust of prostitutes
A filth of Scots!  I mean they’re fabulous why wouldn’t you use them 🙂

I’ve never been one of those Moms who sat around living vicariously through the ridiculously minure achievements of their toddlers.  You know the type ..

My Dylan is so advanced for his age… why he waked at 3 months old!

Oh that’s fantastic.  You know, Jessica was barely 11 months old when she could recite the alphabet!

That is amazing.  Little Braidon was maybe about 14 months old when he started programming the VCR, servicing the car, completing our tax returns.  :S

Nope never really bought into that.  In fact I always loved being in those conversations and saying ‘Nah, Angel is perfectly normal really, regular height and weight for his age, crawled right on time, got teeth about the expected time and well…. actually he was a little late learning to walk really…’   Stick it in your highly competitive arses ladies.  Can’t be stuffed playing that game.

Well yesterday I decided his logic skills were far superior than what I might have expected for a kid of six.  Could be just cos I dont know many kids of six!  🙂   He saw this picture (below) and pointed to them and said “This one is wrong and this one is right!” and he chose correctly.  Turns out his teacher told them that the sun was at the centre of the solar system while I was away overseas a few weeks ago, and he was able to apply that bit of information to a couple of drawings he had never seen before….. it really blows me away how much they absorb even though they’re so young.  Hell, I know some 30 year olds who can’t remember what you told them last week… let alone be able to apply it!!! I reckon this one speaks for itself… and no doubt is well founded by empirical evidence over the ages. 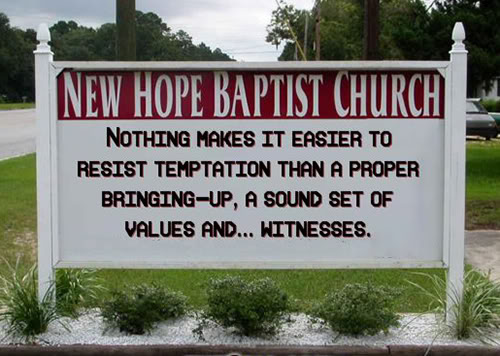 Nothing makes it easier to resist temptation than a proper brining-up, a sound set of values and … witnesses.   😀

apparently…. and after much soul searching introspection have decided it would be…….

vanilla, maple, pecan with a hint of bourbon 🙂 What flavor is you?
.

About half way though this, I became convinced that someone was taking the piss out of me… and then it became exceedingly apparent, that my reflections on just how fucking moronic ‘the public’ can be, needed  a total reexamination.  New and improved levels of ‘too fucking stupid to own a computer’ were defined in my brain during the course of this short painful phone call which has been recorded for your reading pleasure… though with the copious amounts of incredulous blinking on my part removed for the sake of brevity’……….

HelpDeskChickie:   Welcome to Goliath, this is borysSNORC… how may I help you?
Customer:  I bought this new computer and it comes with Goliath broadband.
I need help setting it up.
HDC:  No problem… what sort of broadband connection is it?
Customer:  I dont know.
HDC:   Is it ADSL, cable or wireless?
Customer:   I dont know
HDC:  That’s okay… what does your modem look like?
Customer:   I dont know.
HDC:   Do you have a little black box, or a small blue one perhaps or maybe a little blue USB device?
Customer:   Ummm… no.
HDC:   You dont have a modem?
Customer:   I dont think so.
HDC:   If it is a broadband internet connection, you will need a modem of some sort…
Customer:    Well which bit is the modem?
HDC:   It’s the actual device that the computer needs to connect to the internet.
Customer:  So I need something else?
HDC:    Yes.
Customer:    But It’s supposed to be a Goliath internet, so cant you help me set it up…
HDC:     Unfortunately no…  If your computer came with an internet plan, I imagine they should have provided you with a modem.
Customer:    I dont think they gave me anything…..
HDC:   Where did you buy your computer?
Customer:   I bought it from Hardly Normal Electrical.  Oh, it’s a Goliath internet so if you cant fix it, should I call Goliath then?
HDC:   This is Goliath, but In order for us to fix your connection, you need to be able to tell us what sort of connection it is.  Additionally, you will need to have some sort of modem with which to establish the connection.  I’m sorry, but you will have to go back to your vendor and find out what sort of internet connection you have purchased and what sort of modem you should have received.
Customer:   Oh.