Finally got my new car.  I’ve been so dependent on everyone else around here to ferry me around and help me out with running the Small Child to and from school that I’m sure everyone else is glad to see me take delivery of it too.

It’s a very cute zippy little car and quite a lot of fun to drive.  Mr K has bets on that my expensive new toy will end up stuck in the garage within six months as he thinks I’ll lose my license for speeding!  Somehow I doubt that…  I’ve been quite the Granny-driver since the last accident and am still getting agitated on the road thinking I just can’t trust every other bastard on the road to do what they’re supposed to…..

Reminds me of the time I went and bought little stuffed koalas for some friends visiting from Canada…. made in Taiwan  :S

‘Free Tibet’ flags made in China

The factory in Guangdong had been completing overseas orders for the flag of the Tibetan government-in-exile.  Workers said they thought they were just making colourful flags and did not realise their meaning.  But then some of them saw TV images of protesters holding the emblem and they alerted the authorities, according to Hong Kong’s Ming Pao newspaper. 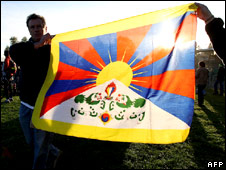 Made in China? Police believe some flags may have already been shipped

The factory owner reportedly told police the emblems had been ordered from outside China, and he did not know that they stood for an independent Tibet.  Workers who had grown suspicious checked the meaning of the flag by going online.  Thousands of flags had already been packed for shipping.  Police believe that some may already have been sent overseas, and could appear in Hong Kong during the Olympic torch relay there this week.

The authorities have now stepped up the inspection of cars heading to the Shenzhen Special Economic Zone and onwards to Hong Kong. 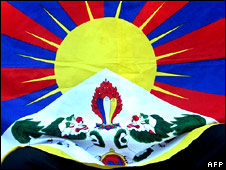 The Olympic torch is due to tour Hong Kong on Friday. It will then travel to a series of cities in mainland China before reaching Beijing for the start of the Olympic Games in August. Its progress around the world has been marked by pro-Tibet demonstrations in several cities – including Paris, London and San Francisco. Rallies began in the main Tibetan city of Lhasa on 10 March, led by Buddhist monks.

Over the following week protests spread and became violent – particularly in Lhasa, where ethnic Chinese were targeted and shops were burnt down. Beijing cracked down on the protesters with force, sending in hundreds of troops to regain control of the restive areas.  But it has since agreed to resume talks with representatives of the Dalai Lama.

I did a Google image search this evening for “medieval beasts”.  Now it’s not what you’re thinking (well it wasn’t what Yaleman was probably thinking) I wasn’t looking into some strange and little known widespread medieval propensity towards beastiality – but rather was looking for illuminated images of medieval mythical beasts as are often used in heraldry and other decorative art forms across the period with a view to incorporating some of these types of medieval beasties into an embroidery project.

Sigh… yeah I’m so boring.  Sounded more interesting/entertaining to be searching for some hot medieval man on beast action… so just scratch that rather mundane explanation above and by all means head back to the gutter if you want.  But I’m off the point here – as per usual when the drugs… man… have like kicked in for the night.

Here are the image search result – WTF mate?  What on earth has disturbingly fat and decidedly not sexy chick on a motorbike and Che Guevara got to do with medieval beasts? *PS – check out the ridiculous bonnacon pic that came up too !?!? ANZAC Day has always been so full of memories for me that it’s hard to sort out the emotions it stirs up.  There’s the loss of my cousins in 1988, the memories of sombre visits to Gallipolli (though perhaps the last one wasn’t as sombre as one might like) and years of pulling catafalque party duty at the dawn services when I was a cadet.
Today we went up the Coast to attend the ANZAC Day ceremony with my grandfather at his local RSL.  I’m not quite sure why I felt compelled to go and do that.  Though I think it is probably got a lot to do with the fact that it’s the only thing I’ve ever had in common with him growing up…. he’s a WWII veteran and I was always involved in the ANZAC parades as a kid.

When I was about 13 I joined the army cadets at my local high school and would sit and talk with Poppa about some of the things they were teaching us …   We used to do nav exercises which involved climbing grassy hills in God awful leather soled shoes (in my 5 years at cadets the Q Store never got in a pair of GPs small enough for my size 3 feet).  We also used to go to the rifle range a fair but, learned drill with old 303s and spent many pointless hours stripping and assembling SLRs.  We also polished brass, starched our uniforms, spit polished our boots and wore hideous berets.  And then we did things like go on bivouac which was a lot like regular school camp but we slept under hootchies on ground sheets, ate crappy ration pack food and your friends ordered you around a lot.  You know….. all the army running, jumping, climbing trees sort of thing intermingled with fending off inappropriate attention from some of the regular army guys who were attached to our sponsor unit when I was only 15 years old.  O_o 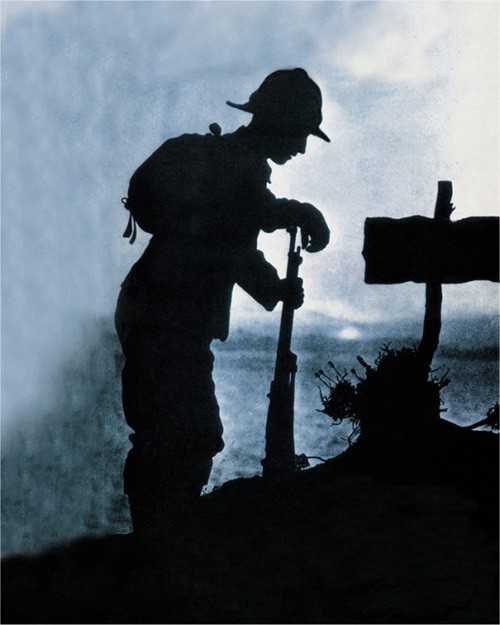 Anyway one of my most vivid memories of talking about cadets with my Poppa was when I was about 14 and he was showing me his medals.  Poppa has five medals one of which is a Military Medal (I dont know much about it really, but was told by a friend many years later that it is the next one to a Victoria Cross medal).  Well anyway at this time he showed me the medals and gave me the citation for the awarding of the medal which was a story that read something like this –

Poppa was working with the Americans in Papua New Guinea fighting against the Japanese forces there when he became very ill with malaria and he basically thought he was dying.   One of the main jobs of the ANGAU troops was recon for the American forces that were deployed there apparently and on this particular occasion Poppa (who was SGT of his platoon) was on a recon exercise when they came upon a small hut in Japanese occupied territory.  Poppa positioned his platoon around the hut to wait for his ‘GO’ but instead (because he thought he was dying of malaria) he burst into the hut by himself, shot two Japanese soldiers and then killed the remaining five with an axe before his platoon even made it to the door.  It was one of those ‘everyone was cleaning their weapons’ situations or it would have been a very different story a non-existent Borys wouldn’t be able to tell today.

As a young girl I found this revelation quite hard to process… it just didn’t sit right with my view of my grandfather – he used to take us ten pin bowling, help us make wooden aeroplanes in his shed and make us ice-cream spiders for crying out loud and that just doesn’t sit right with the whole ‘killed several people with an axe thing’.

ANZAC Day is a bit of an emotional minefield for me… I can’t imagine what it’s like from his end.
.