What is it with fucking insecure women!

More to the point, maybe it’s just because I don’t want to hear about what an inconsiderate jerk your latest boyfriend is, or because I don’t have the time or inclination to care if your pill gives you acne, or because I don’t need to hear you complain for the umpteenth time how pissed you at your hairdresser for leaving your salon, or because I just don’t have enough girly swot hormones to be empathetic when it’s your ‘that time’ of the month ….. or maybe it’s because I really, REALLY can’t seem to muster a single iota of a fat rats arse for your complete inability to get a pair of shoes to match that little handbag you bought last week.  Maybe!  Maybe, that’s it!

So while I have lots of totally platonic male friends it always comes with a major fucking drawback….  eventually they meet some women, who inevitably has low self esteem, psychological issues, is pathologically insecure or has some other bloody XX baggage that inhibits them from realizing that NOT EVERY FUCKING WOMAN ON THE PLANET IS OUT TO STEAL THEIR MAN.

Why is is so hard for women to understand that their new boyfriend/husband or whatever has a past…. an actual life, an existence before they came along.   Oh, and God forbid that past happens to have some women in it!  My God they must be all after him, even those women who’ve known him for ages must be after him.  It’s not like they’ve had years and years to make their move if they were interested is it now?  No… they must be after him now he’s attached!   It’s not possible to have a platonic relationship with a person of the opposite sex. No, don’t be daft!   It’s not possible to have a deep and abiding friendship based on mutual affection, respect and admiration now is it?  No, no sir!  Not possible.   All those women from his past… they want to steal him goddammit!

Married for ten years?  Have children?  A mortgage?  A dog?  It’s all for show… they’re not in happy relationships with their partners… no these conniving women have set all that up as cover for when they decide to go in for the kill and steal your man!

You’d think that eventually they’d feel secure in their relationship, that maybe after a year or two they’d realize that their boyfriends/husbands aren’t going anywhere and they can stop hunting down all his old friends and trying to eviscerate them…. but noooo!  That would reek of logic, reason, rationality even… and we can’t have none of that!

Why is it that a man will hook up with some woman and then he immediately forgets who his friends are.  Forgets the people that have always been there for him, forgets the people who’ve listened to his drunken ramblings, forgets the people whose opinions used to mean something to him and instead… allows himself to be dragged off by his cock down the garden path, through the white picket fence of the eternally dominated and thence places his balls in a jar on HER nightstand.  And half the time not even happily so.  I mean I kinda get it… they don’t bother standing up to their girlfriend/wife because women can be absolute fucking harpies and when they get their teeth into some strange notion or another…  they nag, and nag, and nag, and nag a poor guy to death until he gives in and does exactly what she wants –  just to shut her the fuck up!

Maybe that’s the real reason why I steer clear of having lots of female friends… I can’t stand the nagging!

But enough is enough!!!!  I mean if it gets to the point where my bloody MOTHER isn’t ‘allowed’ to go visit Edouardo when she’s up that way (2000km from home!) simply because his serious psychotic wife of nearly ten years doesn’t like ME due to some crazy arse notion that I wanted something more than a continuation of the awesome friendship we’d had since I was about fourteen….  then what the fuck?   🙁

Get your bloody medication checked lady…  cos seriously, whatever you’re on…  they’re not fucking working!!! 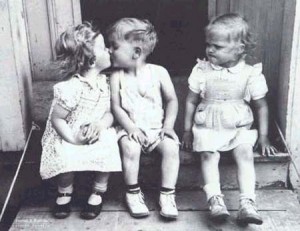