Mom:  So Angel what do you want to be when you grow up?

Small Child:  I want to help people by fixing their electricals and stuff.

Small Child:  Well… I already know how to plug in the Game Cube.

Small Child:    *coughing and spluttering*  I think I will have to stay home from school tomorrow.

MrK: Great!  That will save me on tuck-shop money tomorrow!

I’ve been working with my Mum on a  project over the last few days and it’s been great to hang out with her.  She certainly seems to be much more like her old self… like she’s given herself permission to laugh again.  We’ve even been able to have a few laughs about Dad and some of the nonsense he used to inflict on us…. like refusing to eat canned meatballs even though it was all we had to sustain a family of five for two days! 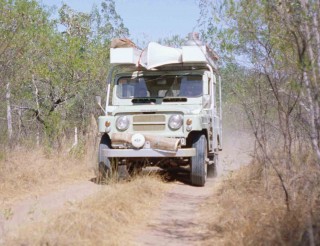 I was 10 at the time and Mum and Dad had pulled us out of school for a term.  They packed up the old G60 Nissan and decided to ‘head bush’ to the Northern Territory and Western Australia for a three month camping holiday through Kakadu and Ayers Rock etc.  We pretty much went from National Park to National Park, climbed and hiked all over the place and found many an isolated campsite down dirt tracks that went God knows where.  We had a number of interesting experiences on that trip… there was the cursed shop at Roper River Bar (long story but I’ll try to remember to tell it at one point), another occasion where Big Sal got handed the tail of a kangaroo that Dad had shot and it scared the living shit out of her… another interesting interlude that saw my Mum in salt water croc territory water trying to catch massive king prawns using her bare hands with a torch in her mouth and Dad keeping an eye out for the crocs!  Basically if you can picture the 70’s dodgy Leyland Brothers minus the letters from viewers and without the annoying ocker accents…. well that was us.  🙂 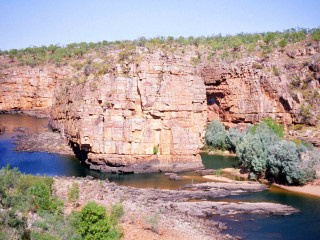 But on this occasion we were at Katherine Gorge in the Northern Territory and dear old Dad decided we ought to go canoeing up the Gorge.  The gorge itself is particularly picturesque and is actually in several stages between which there are rapids or if you’re traveling up the gorge, rocky sections that the canoe has to be carried over in order to continue further up the gorge.  At the time you couldn’t get up to these areas by car, though I’ve no doubt that tourism would have come to Katherine and you can probably access much more of the place by vehicle these days.

Anyway we went paddling off up the gorge, Mum, Dad and three kids (12, 10 and 6) each with a small bag of clothes, change of shoes and some bedding and of course a back pack full of food.  We were gone from the car which was left in the campground for a few days.   We got as far up the gorge as we could and on the last day, left our belongings in a cove and went as far as we could that day.  When we returned to our little camp at the end of the day we discovered – much to our disgust – that a couple of crows had gotten into our back pack and had eaten EVERYTHING in there that wasnt in a tin!  Fruits, bread, crackers, cereal…. the lot!   And we were left with some hideous sausages that had the temerity to call themselves ‘hotdogs’ and a tin of what was effectively ‘spaghetti meatball surprise’ (the ‘surprise’ is that they could call this shit food that is!)  My Dad point blank refused to eat the stuff and we had three days of paddling to get back to civilization and supplies.

We managed to catch a few catfish which helped the whole no food thing, but three hungry annoying kids on a canoe trip in the middle of nowhere couldn’t have been fun.  Mum was asking me this afternoon if I remembered the snake that fell of the top of the rock face of the cliff and landed about two foot beside us as we canoed along…. and I admit I remember that particular incident well and even as a young kid remember feeling relieved that it hadn’t landed IN the canoe given that 9 out of the world’s 10 most poisonous snakes are all to be found in Australia (a fact that most Aussie kids are taught very early in life!)

When we finally managed to get back to the Katherine National Park Ranger’s office and were telling the National Parks and Wildlife guys about our misadventures and lack of sustenance for the second half of our trip – they replied with a laugh and said “Oh yeah… we know those two crows… we call ’em Heckle and Jeckle they steal food all the time!”

Nice that they warned us!!! 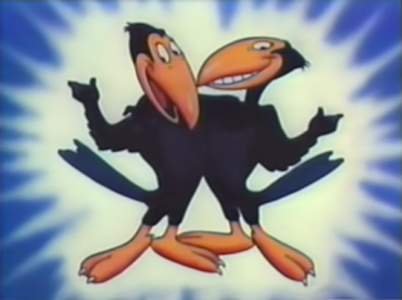 A while back I stumbled onto this website – Graph Jam – It’s one of those place for people who have way too much spare time on their hands.  Most of it is a little strange, nearly all of it is a little nerdy, some of it’s incomprehensible and frequently only applicable to certain demographics.   But occasionally there’s pearls of pure genius.  Like so:

Needles have become the recent bain of my exisitence.  Never mind the fuckin’ eggs.  It’s needles that are sending me balmy at the moment.

I’ve pricked myself numerous times in the last week…and I’ve jabbed myself a beauty under the fingernail with a needle.  I’ve lost a couple of the couch … so apologies in advance to whomever finds those two.  I’ve actually also lost one down my top which ended up stabbing somewhere rather uncomfortable and I reckon anyone who comes to visit atm would be wise to leave their shoes on.

But it’s good to know it’s all in pursuit of bees.
.