Remember back a bit with me… to the days when you were a 10/11 year old kid.  If you’re around my age you didn’t have computer games, you didn’t have big screen tvs, you didn’t have hand held devices, and you didn’t know what a mobile phone was, let alone constantly nagging your parents for one.  You probably had a bike you shared with your siblings, you probably had a few sports balls that had seen better days, you probably had things like skipping ropes, yo-yos, and bags of marbles and pieces of elastic to play with.  Maybe you even had a hoola hoop?  Or if you were really lucky half a dozen jigsaw puzzles or board games in the cupboard and a swing set or a trampoline outside.

Now imagine that you had $50 in birthday money to spend…

Yep!  $50.00.  So twenty odd years ago that was probably only $25, but it’s a veritable fortune for a little kid who doesn’t get pocket money yet!  The world (or in the case, the toy shop) could be your slimy edible mollusc!  You could have gone mad with the joy of it, the mountain of toys you could have bought home.  The luxury of being able to buy yourself, your own brand new toys!  Can you just imagine it?  I can barely think what I would have done with a pile of money that big when I was that age.  New games, new basketball, new shoes, a record maybe, some lollies, something shiny (long story) and maybe have some left over shrappers to go in the piggy bank. 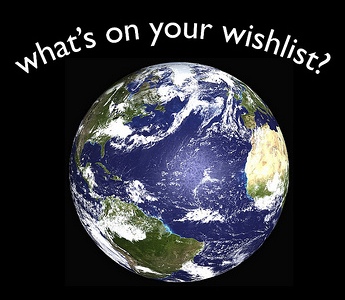 And there you have it.  While today was World Hunger Day and fast food restaurants across the country (oh the irony) were collecting money for the under privileged in developing nations, my son can’t think of anything to do with his $50 worth of birthday money – because he just doesn’t need anything.  After further debate we decided to save it… even though he doesn’t have anything he wants to save up for because, well, he couldn’t figure out what else to do with it!

What a sad state of affairs… children should be full of dreams and yearning and other covetous thoughts like that.   :S

Ok, so remember when we got told by the Department of Communities that Daleyacunt and Fuckin’ Fuckhead had done their dash, what with the threats to our persons and property, and were being issued a ‘Notice to Leave’ that would give them 16 to vacate the property?  Well, that was back on June 8th and we have been waiting ever so patiently for that blessed event to occur.  Some time around mid-July we started to get over the ‘we should be adult about this and wait for the government wheels to turn in their own time’ thing and were trying to contact the Housing Officer Debbie to confirm that the self professed, Neighbours From Hell, would in fact be moving and find out when they’d be gone.

We left several messages for Debbie, initially with staff and later on her voicemail desperately asking her to contact us regarding the continuing distressing situation next door.  Finally, about two weeks ago, we found out why Debbie hasn’t been returning our calls… The Housing Office that manages this area HAS BEEN CLOSED DOWN FOR SOME TIME and all files have been transferred to another Housing Office who had never heard of us, or our complaint, the arrest, the behaviour orders and subsequent ‘Notice To Leave’ order. Our repeated entreaties for Debbie to call us back were going to a defunct voice mail service in an office that no longer existed! 🙁  Thank you fucking Campbell Newman for your promise not to cut any front line services, which was pigeon paired with promises that services won’t be compromised.

So the new Housing Officer at the new larger Regional Housing Office has taken a couple of weeks to request police reports etc., to try and find out what has happened with this friggin’ mess.  And finally they have gotten back to us.  Yes, Debbie did issue the ‘Notice To Leave’ as per our information (so apologies to Debbie for all the curses and expletives I’ve been hurling in your uncontactable direction!), but with their office closing, no one forwarded the breech of the ‘Notice to Leave’ to the sheriff/bailiff who enforces these things… so nothing happened and it all got lost in the shuffle.

Which brings us up to date.  The new Housing Officer dude, I think his name is Steve, tells us we should write a letter and put the whole thing in motion again… which I feel is rather wishful thinking on Steve’s part, because if I have to waste a day writing an official letter outlining the ongoing problems we’ve had with our neighbours that date back to early February, it won’t be addressed to Steve.  It will be addressed to the Minister for the Department of Communities and the Director General in charge of Community Housing, and will be none too flattering for Debbie or Steve or their entire organization.

I know it’s terribly uncharacteristic of me to stop bitching about something once I’ve gotten my teeth into it, but even though I haven’t blogged about it much, their crap hasn’t stopped this whole time.  They’re still taunting the dog, still using loud power tools at inappropriate o’clock for no reason, playing loud pop music at 0500 on a SUNDAY morning, and of course still abusing the living shit out of each other with alarming regularity using the most profane and foul language imaginable; beating on each other, throwing things, slamming doors, still screaming bloody murder at the drop of a hat, and the police are still being called (by us) whenever it sounds like he’s getting close to, well… maybe, actually killing her.

Why, just this morning I was enjoying a cup of tea and looking over my Latin assignment for any glaring errors, when I heard her screaming at their dogs (there’s very vicious sounding pig dogs over there now) about them having ripped out her plants and ‘money trees’ (I don’t know, and I don’t want to know).  She’s swearing at the dogs, yelling that she’s “going to kill those fucking dogs”, screaming at Daleyacunt for not controlling them and generally just going off tit.  My little Puppy Guts, Oscar, ever one to get in on the excitement starts running along the fence line barking excitedly at the aggravating raised voices, so I go into the laundry and whistle to call him inside to quieten him down… at which point she yells at ME!  “and you fucking neighbours can fuck off too you’re as fucking bad as the fucking mongrel dogs pissing me off”. There may or may not have been punctuation in there somewhere (?) but I couldn’t tell, either way though, it was a positively charming start to my day.

First thing Monday morning – call Steve and ask him the name and address of the Minister for their department and to whom I should be addressing my concerns.  I could very easily find this out on my own of course, but nothing seems to get those Government wheels moving quicker than the word ‘ministerial’… especially in the current political environment.

Some girlfriends of mine came over to do some baking on the weekend… yes I know.  When people think of me they immediately think of the culinary arts (*scoff*) but Girl’s Baking Day it was and we had a ball.  Started out with champagne before breakfast which kinda set the tone for the day.

We made a few things that I’ll get round to posting up over the next few weeks.  But my favourite recipe from the marathon bake off was the Strawberry and Rekorderlig Cider Cupcakes.  And can I just say they were absolutely delicious.  Not too sweet, just a touch of tang from the cider and the lime in the frosting and light and fluffy as all shit.  Highly recommended, big thumbs up from our house!  I am not sure where my friend got the recipe from but I have a copy so I’m going to copy it out here for safe keeping…. 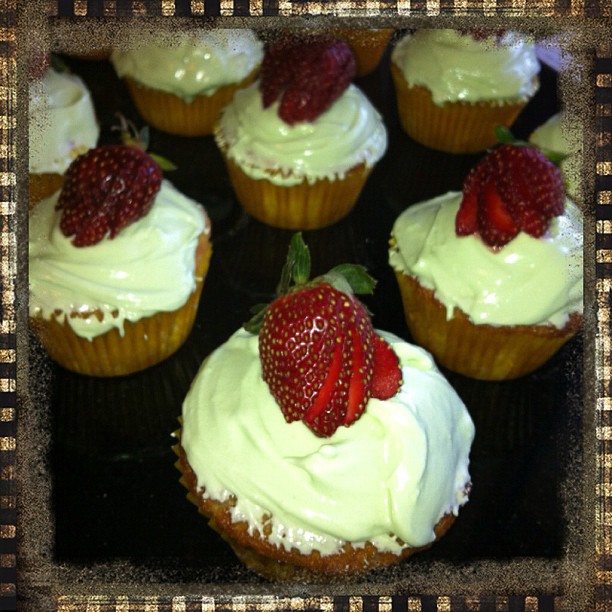 Cupcake mixture method:
Preheat fan-forced oven to 180C
Place butter and caster sugar into mixing bowl and mix on high speed.
Turn down to low speed and add eggs one at a time, until combined – don’t over mix.
Add flour and cider and mix on low then high speed (using spatula is needed).
Put mixture in liners and bake for 15 mins or until cupcakes are “springy” to touch.
Remove cupcakes and let cool.

Cream cheese Icing mixture method:
Place cream cheese and icing sugar into clean, dry mixing bowl.
Mix on low and then max speed until combined.
Add lime juice to taste.
Add some green food dye to get a desired colour.
Pipe onto cold cupcakes and decorate with half a strawberry.

They were absolutely delicious and I bet I’ll be making it them again before too long.  🙂