“Wanna tell you a story,
about our next door blues
We came to court on a Thursday,
To get Daleyacunt and Fuckin’ Fuckhead evicted
Told the Judge their crap don’t concern me,
long as they get the fuck out by next Friday
Now, next Friday was apparently too soon,
So they’ve got until November 1st at noon!”

Yes that’s right.  This morning we finally went off to Court – Area Manager of the Housing Dept by our side, lengthy affidavit in hand – and entered a strange little universe inhabited by people the likes of whom I have never met before… I think I may safely say they appear to be the bottom rung of the social economic ladder that runs through our society and they all appeared perfectly at home in the strange and foreign environment of the Magistrates Court.  So comfortable in fact they largely looked like they were dressed for a BBQ at a mate’s place rather than for an appearance before a member of the state’s judiciary system – and by this I mean they had pulled out their best t-shirts, their cleanest sneakers and some of them even appeared to have shaved and washed/combed their hair?!?!

So Mr K and I walk in.  He dressed, as usual, for work in a suit with tailored shirt complete with French cuffs and cufflinks; me with my hair tied back, dress slacks, closed toe shoes and a buttoned blouse suitable for an office environment carrying my laptop bag with my Latin assignment enclosed – because I had no idea how long we would be waiting… and we stood out like DOGS’ BALLS!  The hairy unwashed eyed us warily as though we might be members of the court, or… god forbid… lawyers.  It was slightly disconcerting at first and then vaguely amusing.

Luckily we didn’t have to wait long and our case was called.  We duly filed into the court room and were greeted by a judge, an administrative assistant of some sort, a Defendant (note – singular), an advocate from the Deadshit Tenants Rights and Advocacy Organisation  and the two representatives of the Housing Department who had rushed through this case after the Ministerial letter I wrote last week.

To make a long and drawn out boring story short – let’s face it legal proceedings only come in the ‘long and drawn out’ variety – no one has ever said their legal proceedings were ‘entertaining and pithy’ now have they? Daleyacunt was nowhere to be seen leaving Fuckin’ Fuckhead to deal with situation all on her own.  A cowardly move you might be thinking, hiding behind his GF’s skirts?  Not at all, in fact Dickhead Dale’s absence demonstrated a keen insight into “How to Work The System”.  His not being there meant he couldn’t lose his temper and screw things up for them worse.  His not being there allowed Fuckin’ Fuckhead to say “I don’t know what I’m doing here, mate. My hubby dealt with all that crap with the neighbours complaining all the time and isn’t allowed anywhere near them anymore”. His not being there enabled Fuckin’ Fuckhead to lie through her arse saying she “hasn’t done nothin’ to annoy the neighbours and they just keep calling the cops on us for nothing.”

I was called on to give evidence…

“Please state your full name”
“borys M SNORC, Your Honour”
“And your current address, please”
“7 Curiously Chaotic Court”.
“Please state your occupation”
“I am currently a full time Higher Degree Research student doing my PhD at the University of Queensland.”

Well, I don’t think I’ve ever seen someone’s eyebrows raise so high so quickly in my entire life!.  I swear they nearly lifted fair off his face.  I gather from his reaction he doesn’t get a lot of ‘my kind’ in his courtroom.

“And err, what are you doing your PhD in?”
“Medieval political philosophy, Your Honour”…
“Right… I… see.”

He then asked me to explain the nature of the complaints and events of the last few months, whereupon I was allowed to explain at length the numerous incidents of objectionable behaviour we have endured at the hands of our fucktard neighbours.  For the first time ever, I lamented my above average command of the English vernacular as I found myself unable to resort to name calling, swearing or overly emotive language to describe the ordeal.

Note to self: must learn to remedy that and appear less educated, less well spoken and more distressed and emotive when required.

As things progressed, it rapidly became obvious that Daleyacunt and Fuckin’ Fuckhead had played this game before.  When asked to swear or affirm that her evidence would be truthful, Fuckin’ Fuckhead replied “I can’t read.” and had the court assistant read out the declaration to which she duly replied “I do.” but not five minutes later she was asserting that she had written a letter of “support of her hubby last time the neighbours had him dragged through the court for no reason.”  Sigh.  Not too bright this one.  She made an emotional plea about having three kids and no where to go and then said the most stupid thing I have ever head, “We want to leave and move to Dalby, we’re just waiting for money to come through and we’re gonna move outta Brisbane, we hate it here.”  So, having just shot herself in the foot and admitting to the judge that they weren’t happy with their living situation it was now just became a matter of haggling over timeframes.

Under the Act, the judge was required to give them two weeks to vacate and Fuckin’ Fuckhead was desperately trying to hold on until Christmas or later saying they were expecting money and wanted to move to Dalby.  Pulled out all the stops, said they’d had a loss in the family (Dickhead Dale’s mother passed away), mentioned her ‘hubby’ had mental conditions and had paperwork with her to prove it (*scoff* … well that’s hardly news!) and all her wailing and gnashing her teeth of poor me I’ve got no where to go got the court’s attention and compassion… and they were given three weeks to vacate the premises instead of two.

So now the Final Count Down (der, di, der, der… der, di, der, der, der) is on!  They have to vacate the premises by November 1st and if they don’t the Department will roll up with removal trucks, cops to supervise, physically remove them from the property if necessary, chuck their shit in a storage unit and kick their arses to the pavement…

And I’ll be right there for them… across the street with popcorn if anyone wants to join me. 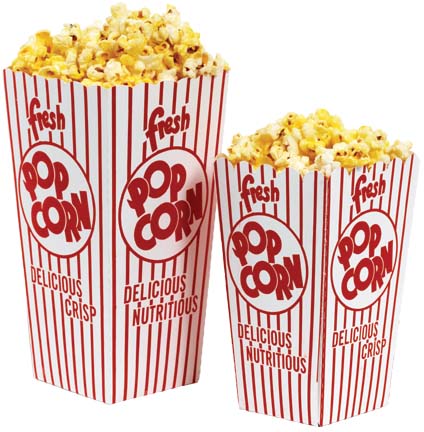 Can the Department of Housing and Public Works do anything right?  Exactly one hour ago at 13:37 and approximately 18 hours before we are due to go to court to deal with the impending eviction of our dead shit neighbour (affectionately known as Daleyacunt)… Mr K gets a call from a Senior Housing Officer at the Capalaba Housing Office advising us that it would be adviseable to have an affidavit prepared to enter into evidence tomorrow in case the Magistrate didn’t feel like calling us to give direct verbal testimony.

18 hours notice. Thank you… you useless, ineffectual, goodfornothing administrative droogies.  Don’t you think this is information you could have provided us with two weeks ago when the court date was set?

Then instead of spending the night writing an affidavit outlining all the domestic abuse and violence, child safety incidents, verbal altercations, police call outs, threats towards our persons and willful damage to our property… I could be spending the evening pretending to be productively working on my Latin assignment that is due Fri morning.

If it’s not one thing, it’s another. 🙁 Why does my life feel like I’m always pushing shit uphill with a shovel? 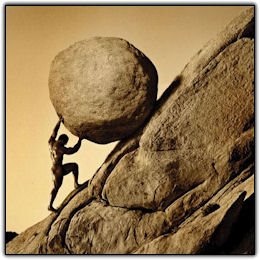