Having been to London and the UK several times before, my list of places that I wanted to see is pretty narrow.  I’d like to go to Fingal Caves which I missed seeing due to dreadful weather back on my first trip to the UK, but that is hardly a day trip from London, so strike that from potential itineraries.  I have also wanted to go to Blenheim Palace… mostly since seeing portions of it in Kenneth Brannagh’s epic 4hr ‘Hamlet’ that Mr K took me to on our first date.  So it’s somewhere I’ve wanted to see for nearly 20 years.  Unfortuantely, when I was here in 1997/98, it was closed for the winter (they don’t do this anymore – there is obviously financial reward to being open for Christmas functions etc) at that time and I missed out.

Anyway, Blenheim Palace is a monumentally huge country house (can’t believe anyone could call it just a ‘house’), in Woodstock, Oxfordshire. It is the principal residence of the Dukes of Marlborough and has been since it was commissioned in about 1705.  It is apparently the only non-royal non-episcopal house in England that is officially called a palace, which makes plenty of sense seeing it hardly fits the usual definition of a ‘house’!  Blenheim is one of England’s largest manor houses, and was built between 1705 and 1722 and was designated a UNESCO World Heritage Site in 1987 – but more importantly, Kenneth Brannagh filmed Hamlet here!   😀 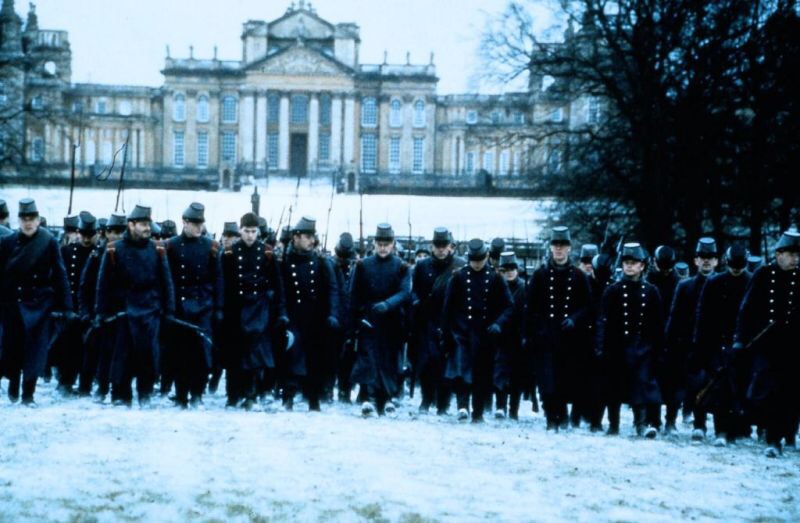 Originally, the palace was intended as a reward from a grateful nation to John Churchill, the 1st Duke of Marlborough in return for the Duke’s seriously cool military triumphs against the French and friends during the Spanish Succession War, which culminated with the Battle of Blenheim in 1704.  Queen Anne, was ever so grateful and bestowed upon the good Duke about 200 square miles of deer park in Woodstock on which to build a monument/palace.  However, not long after the construction began, the palace became the subject of political infighting; and the fickle bitch, Queen Anne decided she wasn’t going to pay for this enormous pile of rocks, and that apparently led to Marlborough’s exile, the his and his Duchess’ fall from grace and power until Queen Anne carked it and her successor agreed to pick up the tab again.  Now, apparenlty we were talking about some  £220,000 that Anne only partially paid for leaving the Duke enormously in debt (modern day equivalent of about £400,000,000!).  The Duchess blamed the architect Sir John Vanbrugh entirely for the blown out costs of building the palace and his reputation suffered considerably and he never gained another huge public commission.  Whatever, it was messy, there are probably books on that. 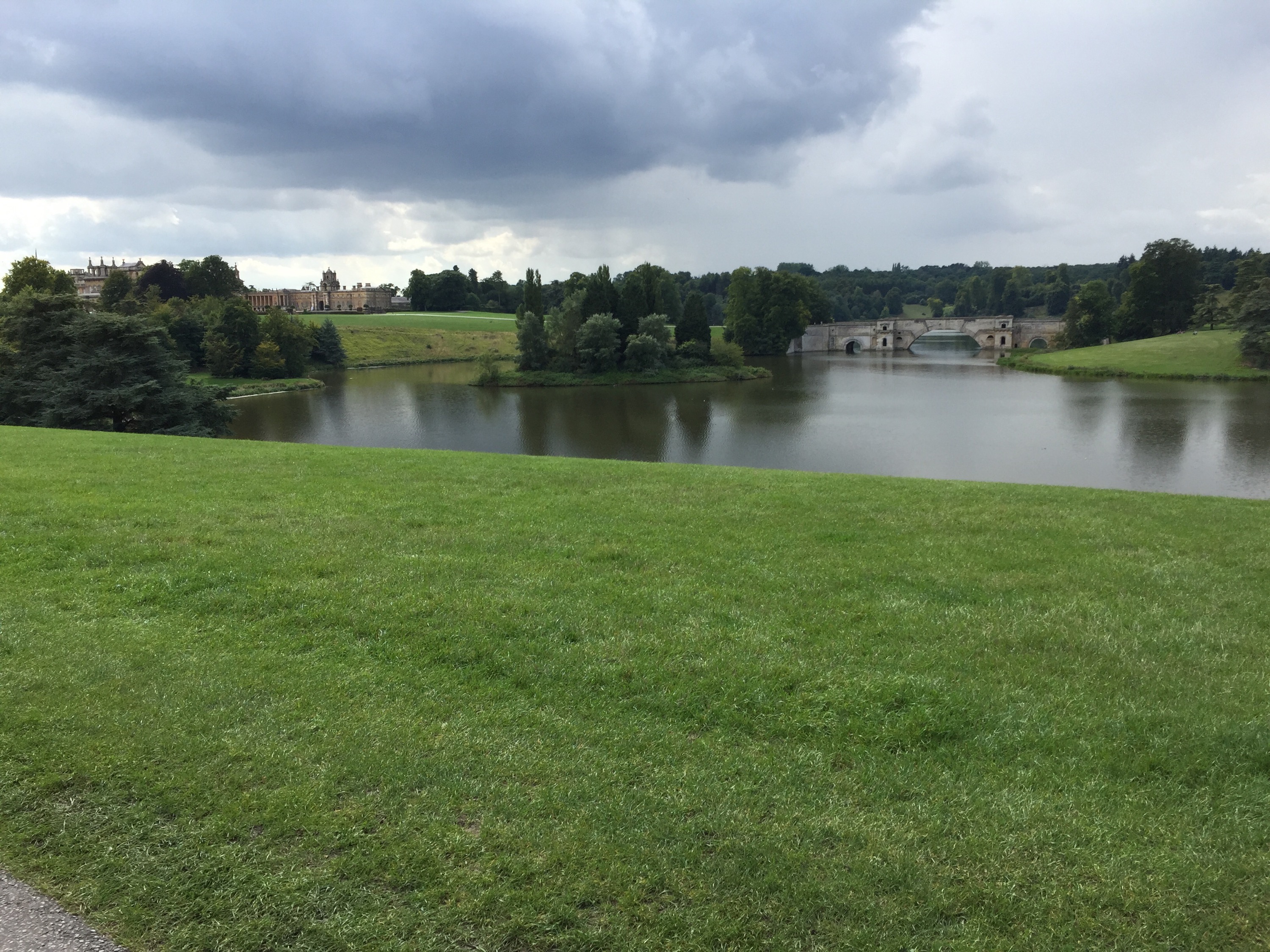 The palace was designed in the seemingly rare, and short-lived, English Baroque style (was it because it was so bloody expensive?!), and architectural ‘appreciation’ of Blenheim is apparently as divided nowadays as it was at the time of building.  It’s MFMH (Multi-Function Manor Home) status renders it to be a bit of an oddity as it was supposed to have the combined states of family home, mausoleum (somewhat morbid for the family pile) and national monument. After the building of the palace was complete, it was to be the home of the Churchill and then the Spencer-Churchill family for about 300 years?  And of course various family members made additions and changes accordingn to fashion and taste over the intervening period, in the manor’s interior, the park and formal and informal gardens. 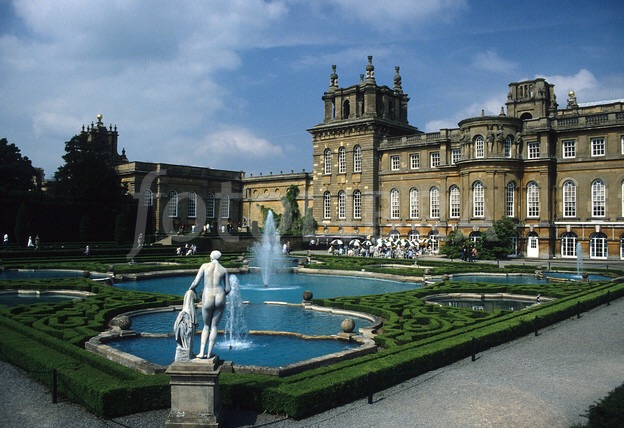 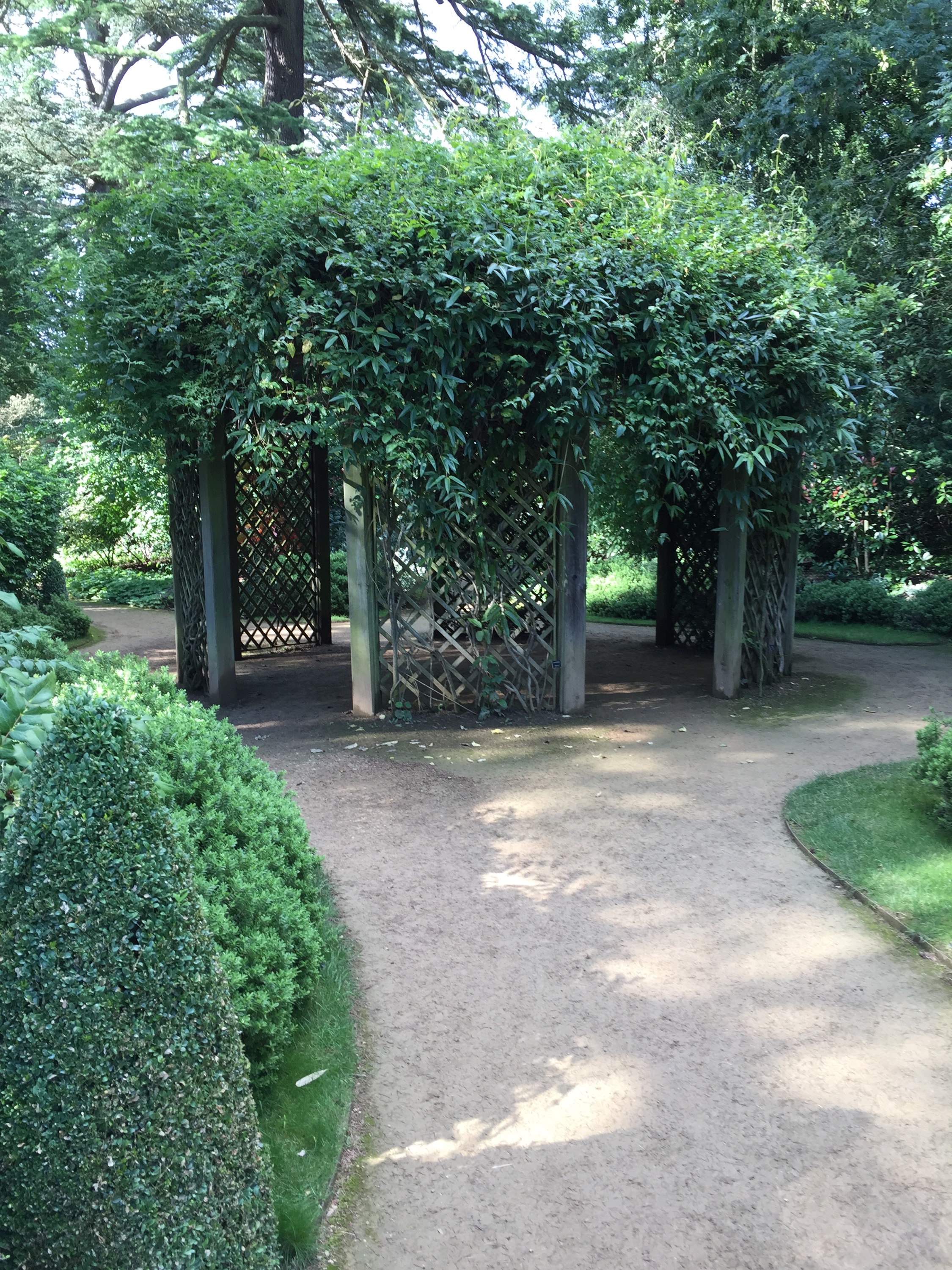 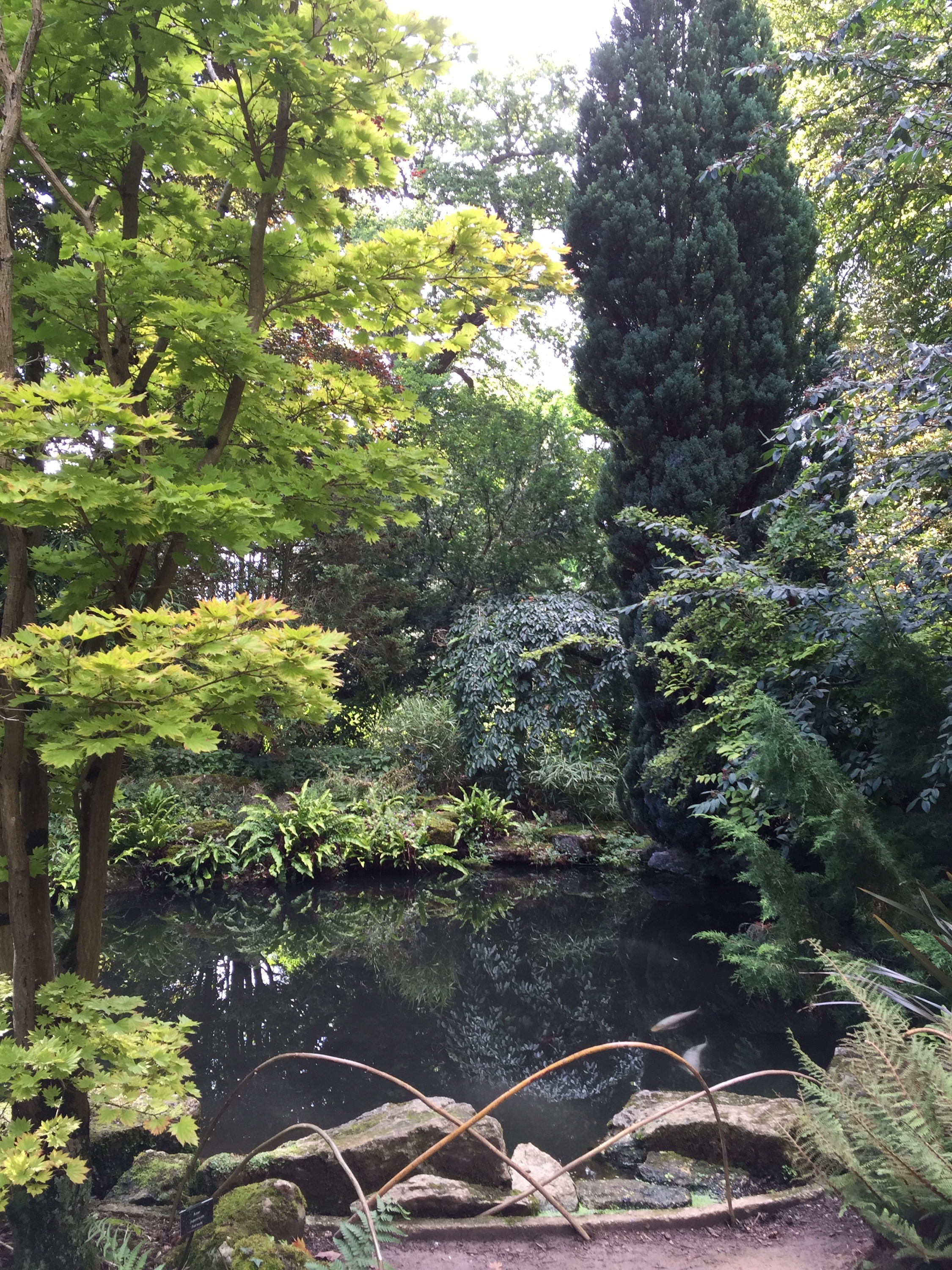 The whole place nearly went to hell in a handbasket at the end of the 19th century, but was saved from ruin by a fortuitous marrage (that came with a fuckton of cash – about US$2.5million and $100,000 for life, approximately $67M in 2007) between Charles, the mercinary 9th Duke of Marlborough and an American railroad heiress Consuelo Vanderbilt. Charles apparently abhorred anything American, and refused to ever return to America after collecting his bride who was said to have locked herself in a room for over a week refusing to submit to the marriage.  But her mother would have her made a Duchess, and her father was paying for the priviledge and a lovely loveless marriage was entered into.  Delightful huh.  Anyway, it saved Blenheim from the auction blocks (much of Blenheims treasures had been flogged off to keep it afloat until Charle’s marriage to Consuelo) and now the palce remains in excellent repair, being a wonderful desitnation for tourists who are probably now the main source of income to foot the enourmous upkeep bills, why the gardens alone must cost a fortune to maintain.  🙂

The other thing Blenheim is most well known for, and which you see at every turn here, is that it is also the birthplace and ancestral home (scoff – yes, Carina is the seat of my own ancestral home!) of Sir Winston Churchhill.  There is a serious exhibition on Churchill, his youth growing up at Blenheim, his political and military achievments and loads of his personal affects on display at the palace… though looking through the exhibition, all I could think was how I simply could not imagine what it must have been like growing up in such a place.  It’s enormous, and would be like living in a museum.  It must have been a very surreal childhood.
Anyway, we had a lovely day out at Blenheim and even the weather played nice for us, and I am quite glad to have finally had a chance to go visit.  Would definitely go back again to just enjoy the magnificient views and the gardens.  Simply lovely. 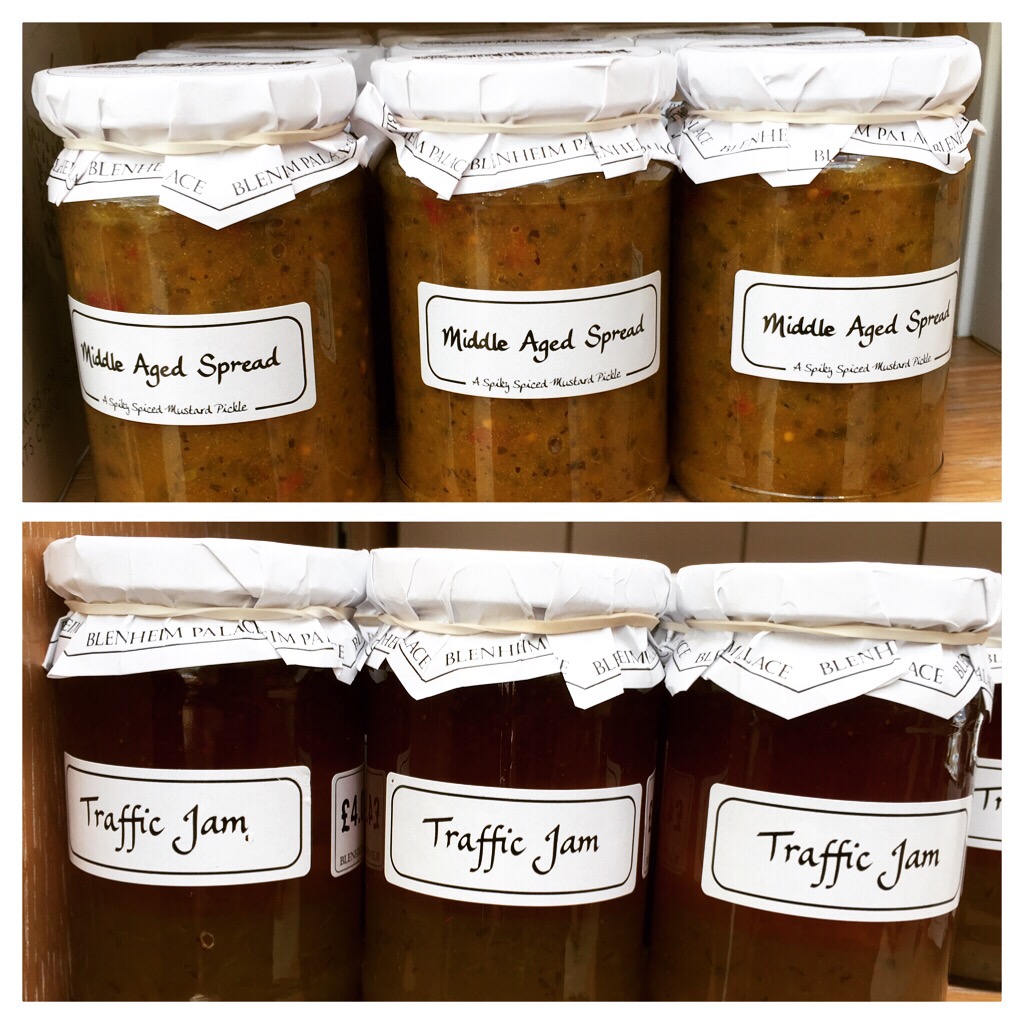