Mr K’s birthday! So all his favourite things in one day – which means, escalators, cable cars, taxis, subway trains and NO FUCKING BUSES! 😛
Nah, just kidding. We had planned to take the long line of escalators that go from Wellington Street to Conduit Court, then go up Victoria Peak via the historic tramway. The escalators are very cool, they go for nearly a kilometre and mostly straight up… a very clever way to move people around. In the peak hours, they reverse directions, so in the morning when everyone is coming down the mountain to go to work, they take people down instead. 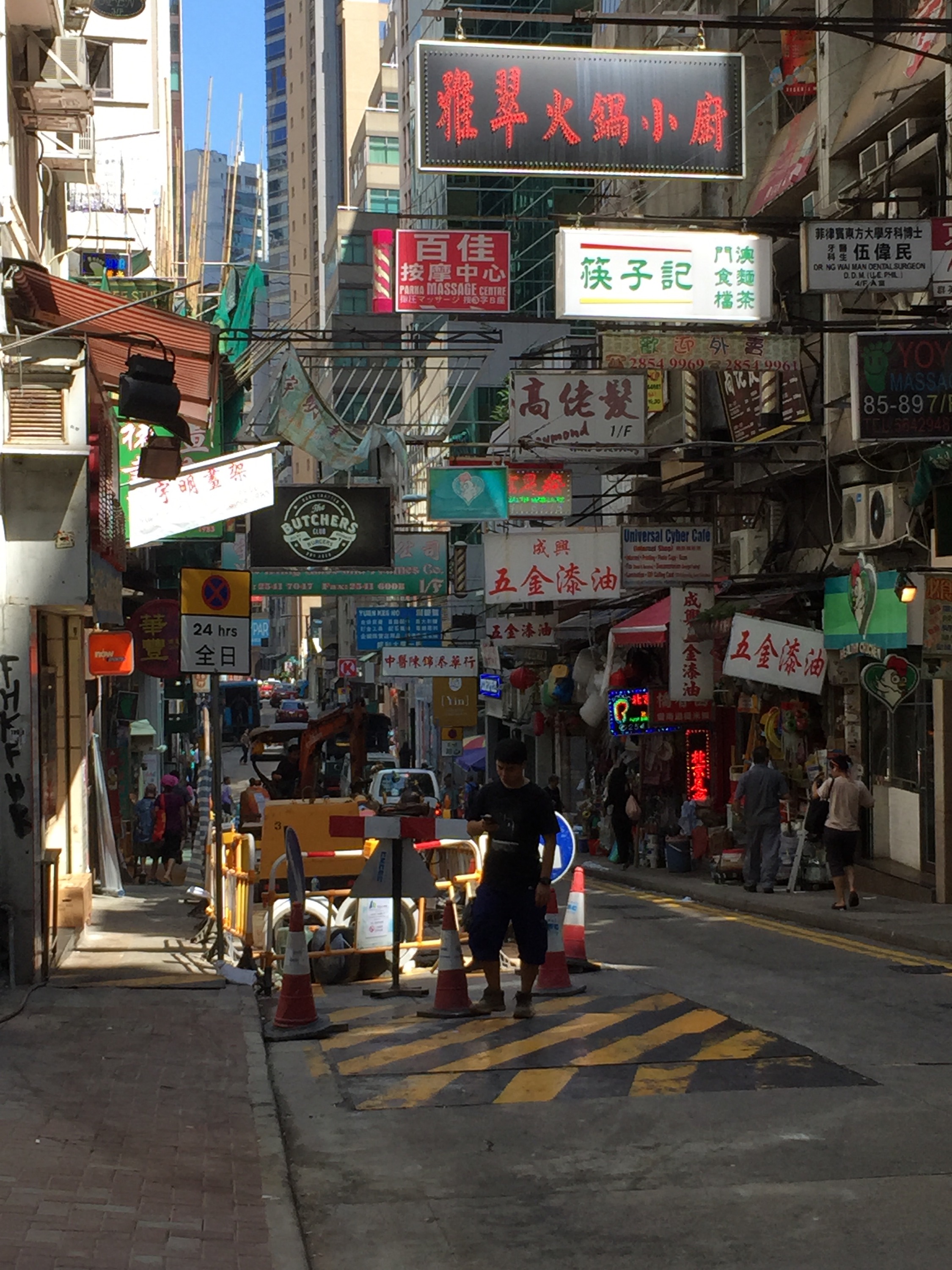 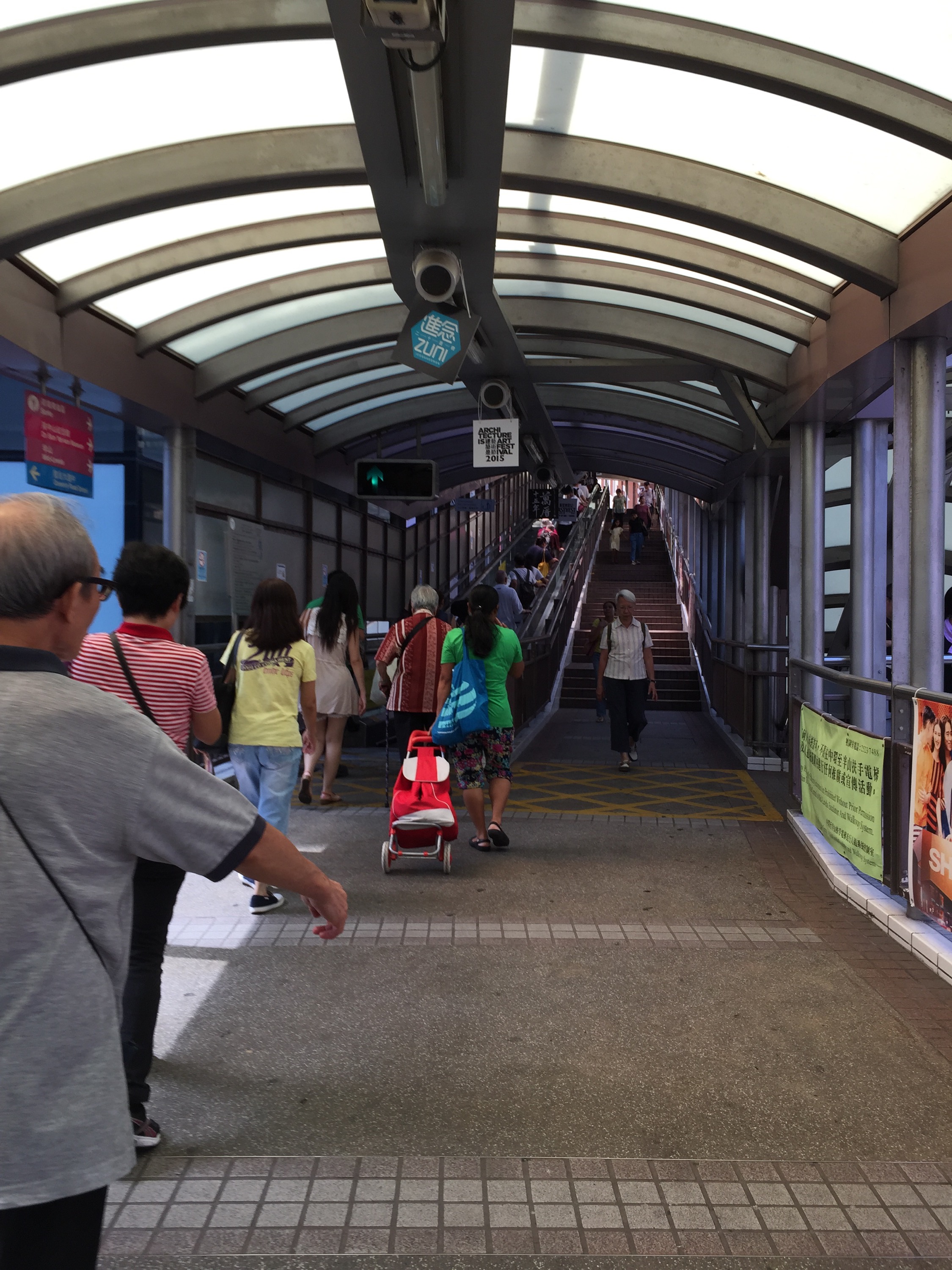 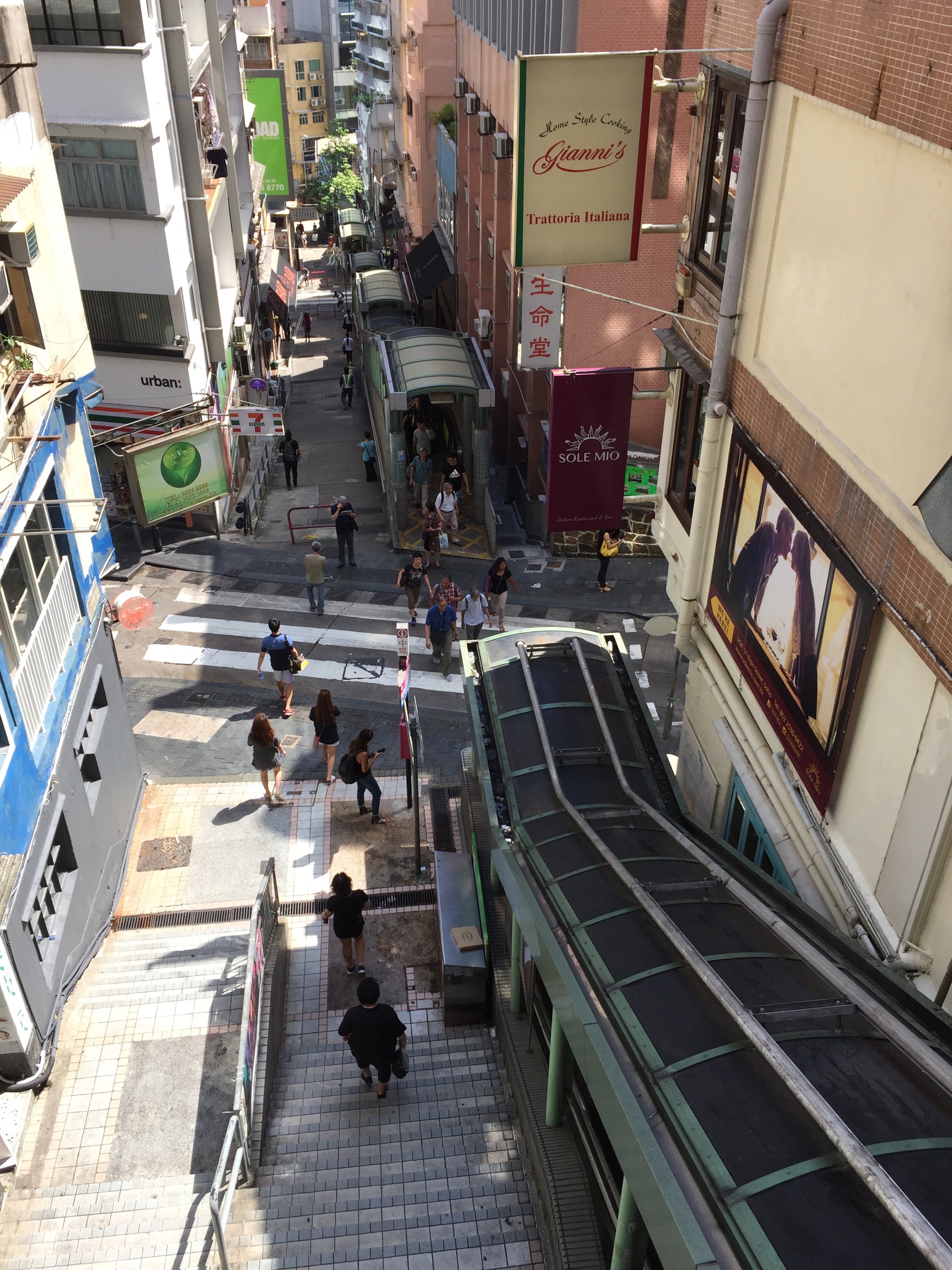 About half way down the long trip, there was an Octopus Card refund point, where you can wave your Octopus Travel Card, and get a $2 refund onto your car as an incentive for walking to work rather than taking a bus or a train – many of which are over crowded. Mr K thought it was a great idea. After our ride up all the escalators, we went over to The Peak Tramway, which is one of the world’s oldest and most famous funicular railways. It rises about 1300 feet above sea level in just a few minutes. It is so steel that the buildings and trees that you pass by, look like they are leaning over – it varies from a 4-27% incline. It’s a well known visual illusion that exaggerates just how much the lean appears to be… due to alteration in the subjective vertical. (You can Google that shit if you want.) 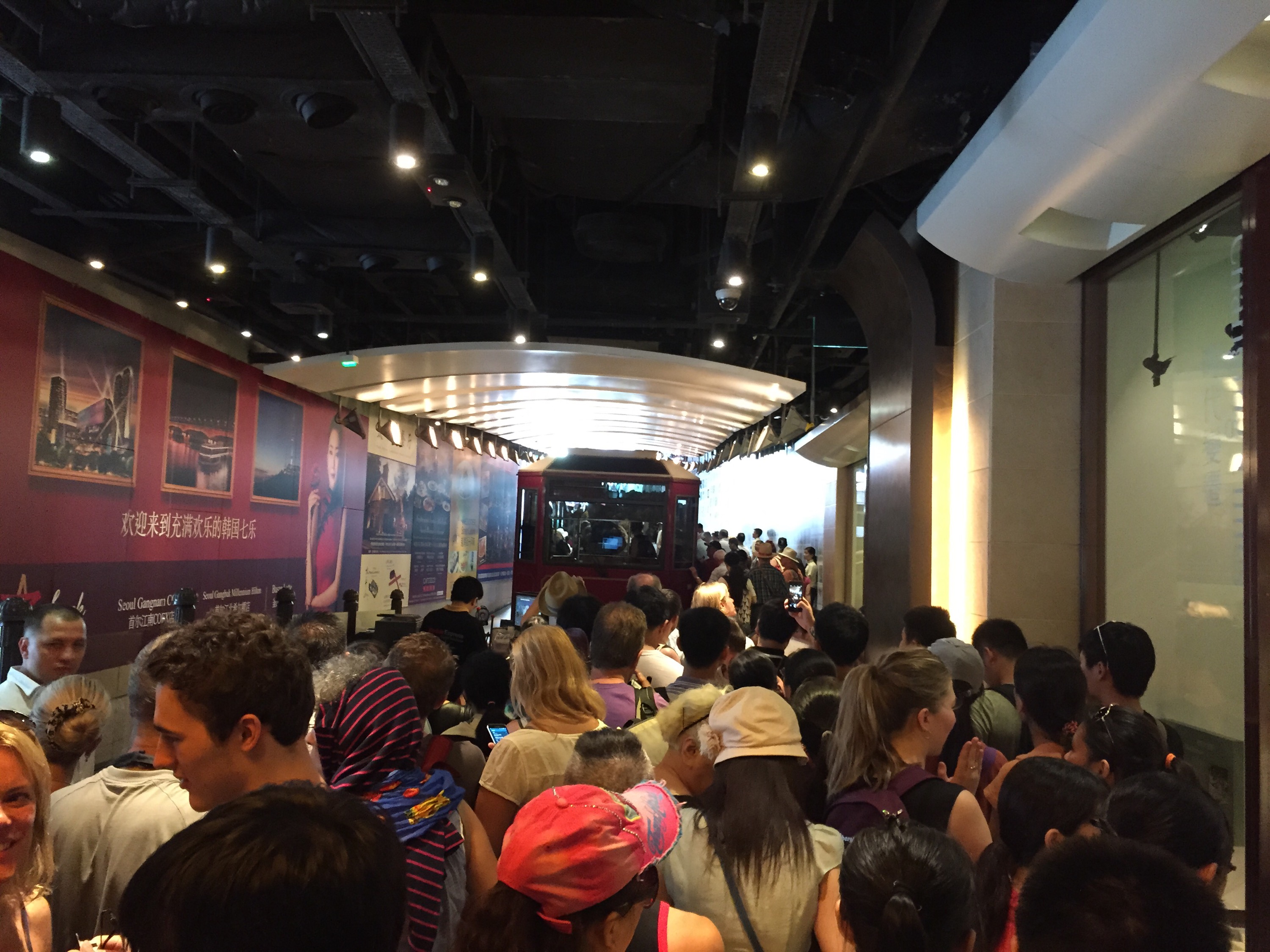 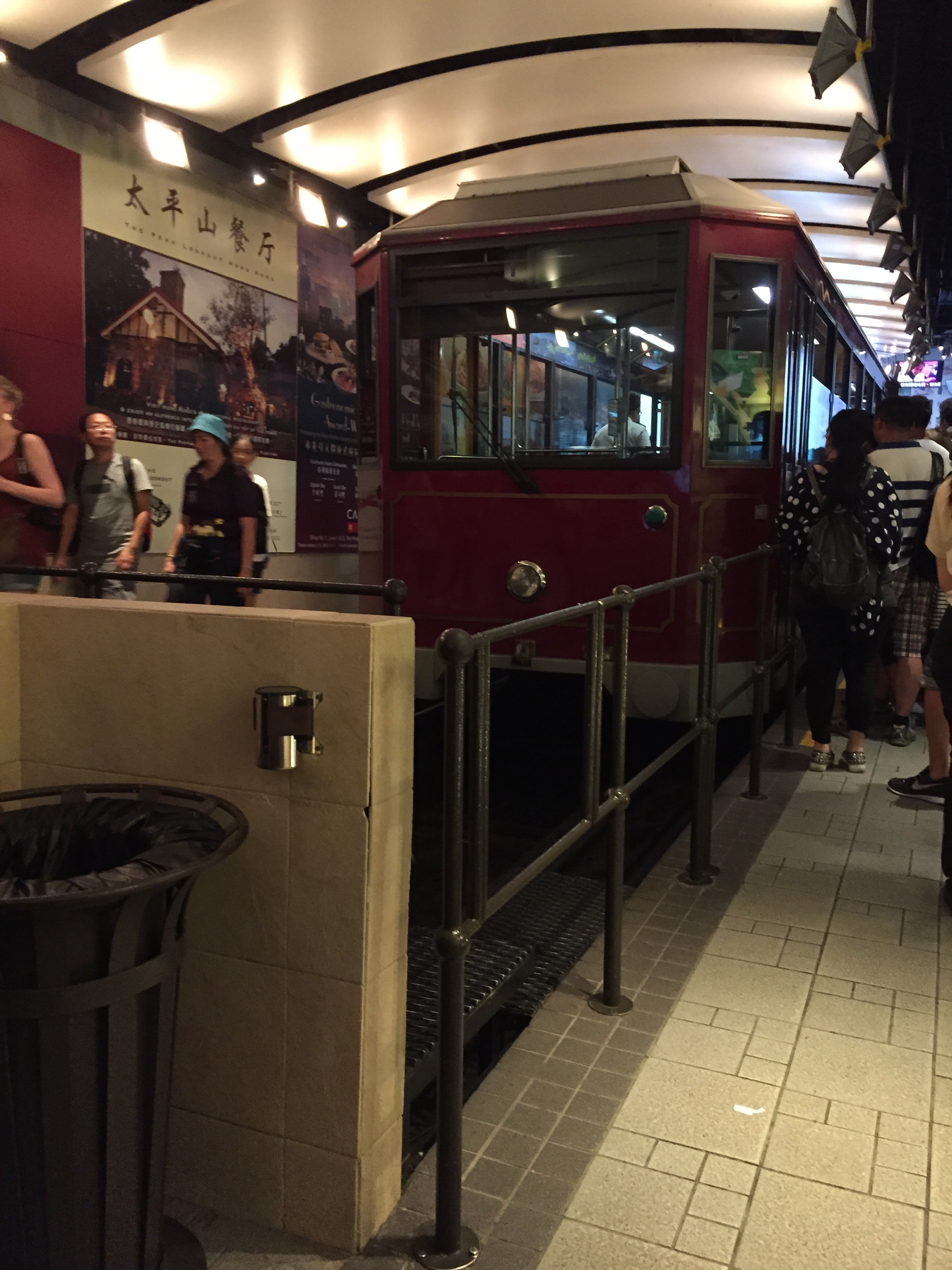 The Peak has been an important point in Hong Kong since it’s earliest days when it was used as a signalling point for for incoming cargo ships that would use signal flags. Whenever a mailboat came in a gun would boom across the island to let everyone know the mail had arrived. Many prominent residents and various British governors used to travers up and down the Peak by sedan chair carried by uniformed bearers, but this is hardly a comfortable mode of transport. By 1880, there were as many as 30-40 families spending their summers in the cooler area of the Peak and in May 1881, a clever Scotsman named Alexander Findlay Smith devised a plan to build a funicular railway. The tramway came into operation by 1888 and has been running ever since. It is now one of those ‘must do’ things when you come to Hong Kong.

The views from the top were nothing short of spectacular, and we just happened to choose such a lovely day to be up there. 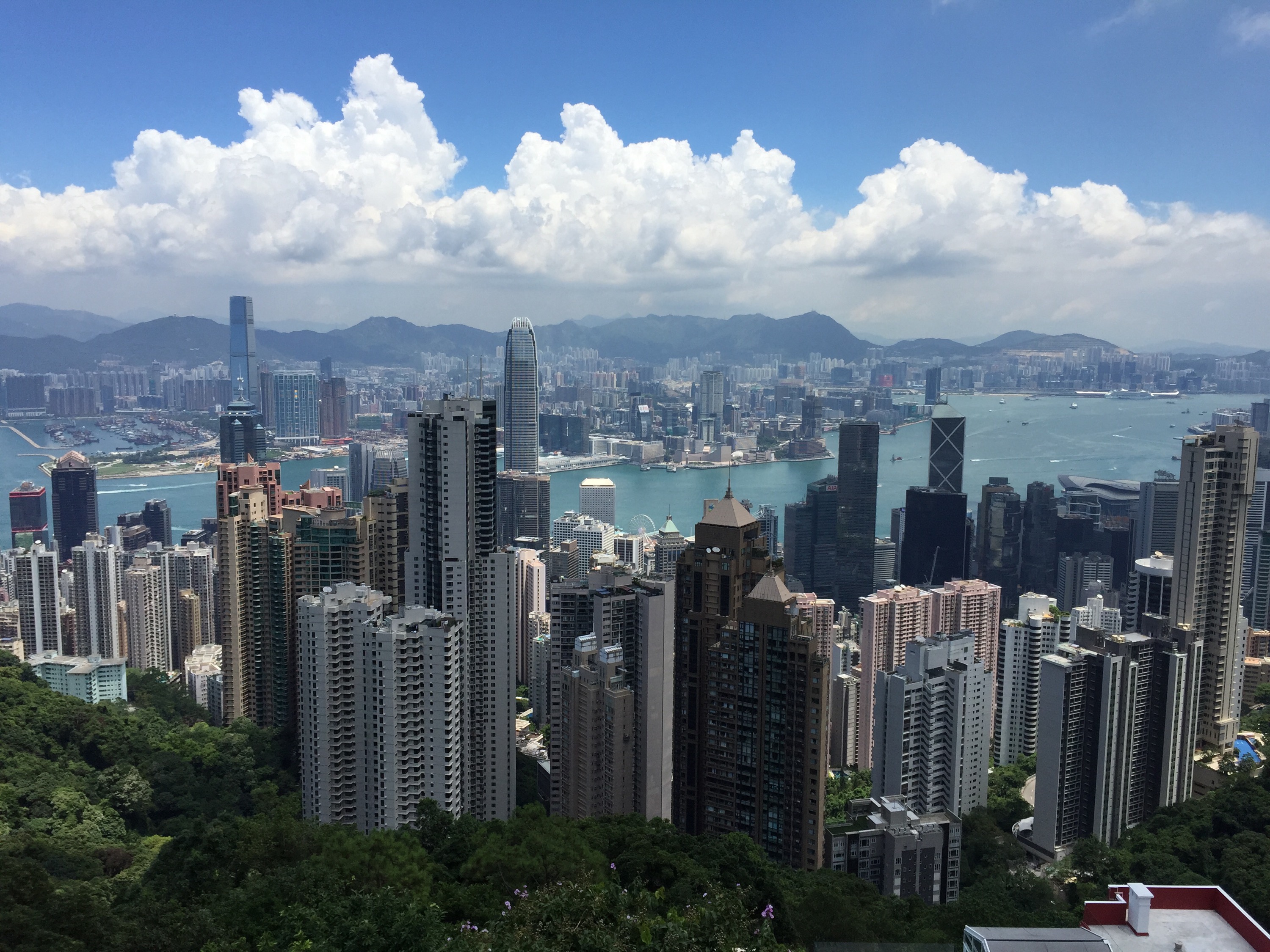 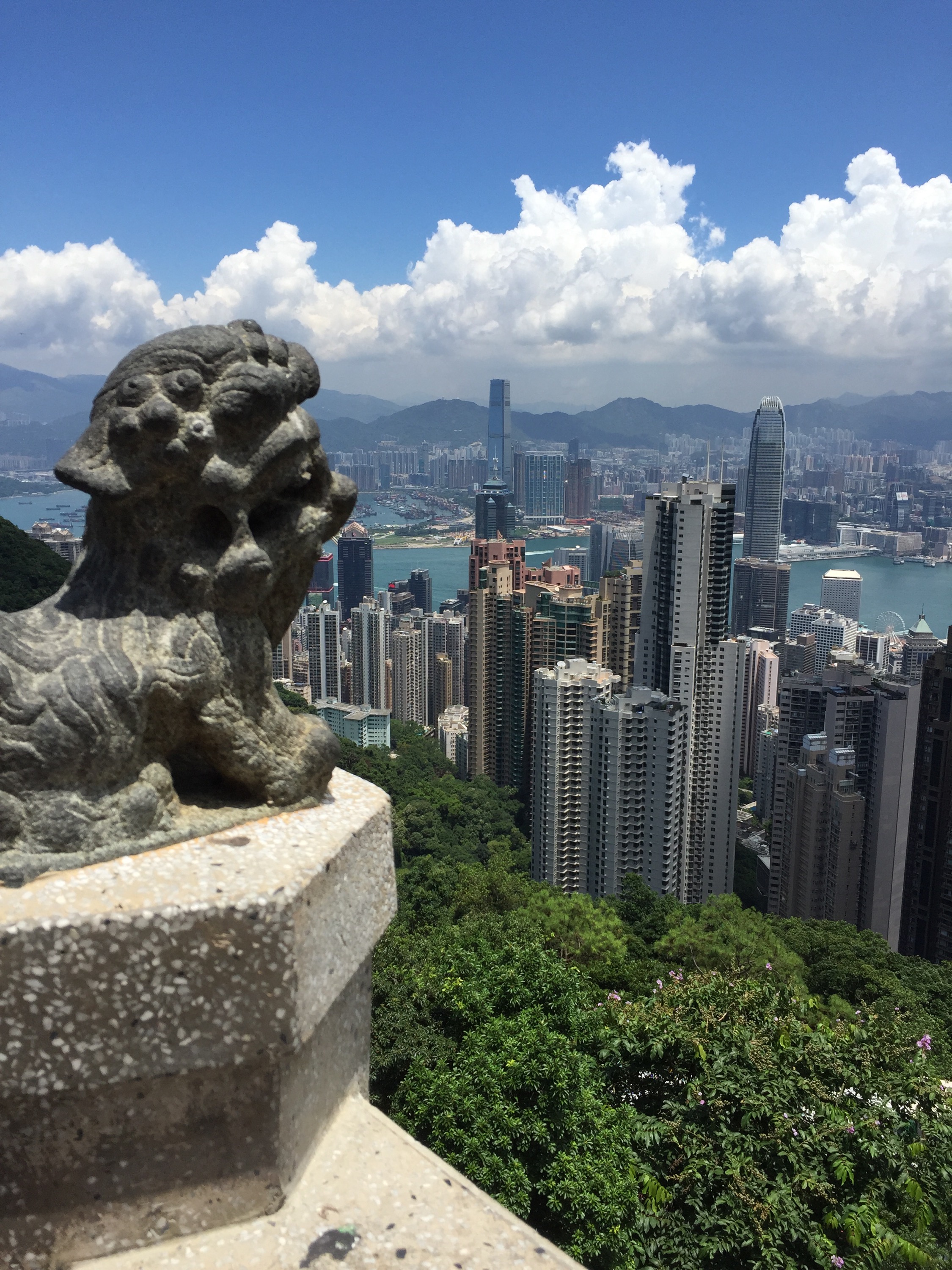 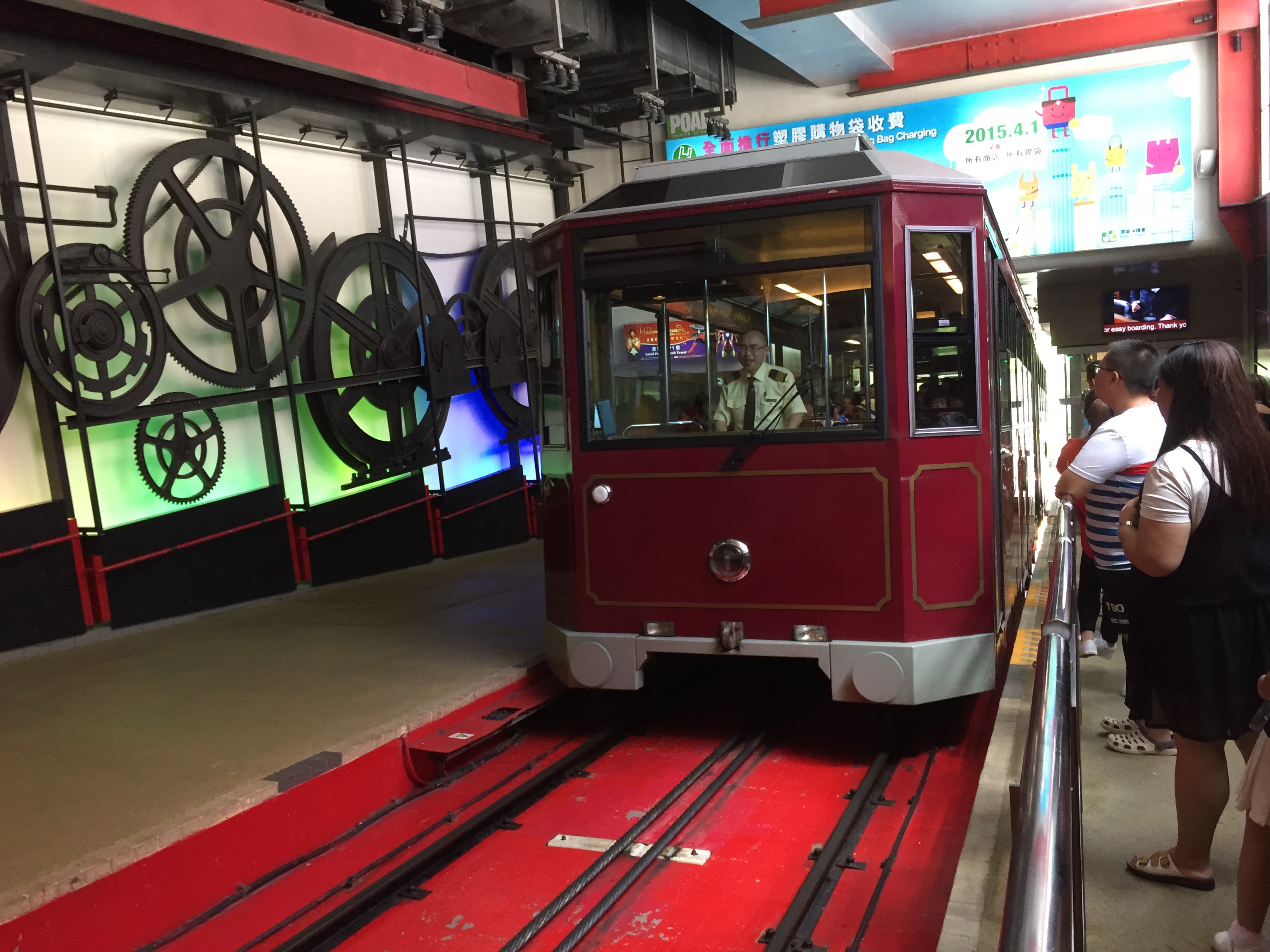 The afternoon saw us heading back to Mannings Tailor for suit fittings. Mr K seems very happy with his wash so far – bespoke suits, how very fancy. After that we went in search of the Temple Street night markets, which were full of all the knock-off crap known to man! Or woman! 😉 Knock off handbags, watches, shoes, electronics… oh and there was plenty of pashmina, scarves, jade (doubtful authenticity), souvenirs, plastic stuff galore (figurines and luggage tags mostly). Just stuff! We wandered through and I bought only one small HKD$29 scarf. 🙂 Mr K, who loves to haggle, didn’t even bother to bargain with the guy. Who could complain at AU$5? It was a lovely relaxed evening of wandering through the markets before taking the subway back to the hotel. 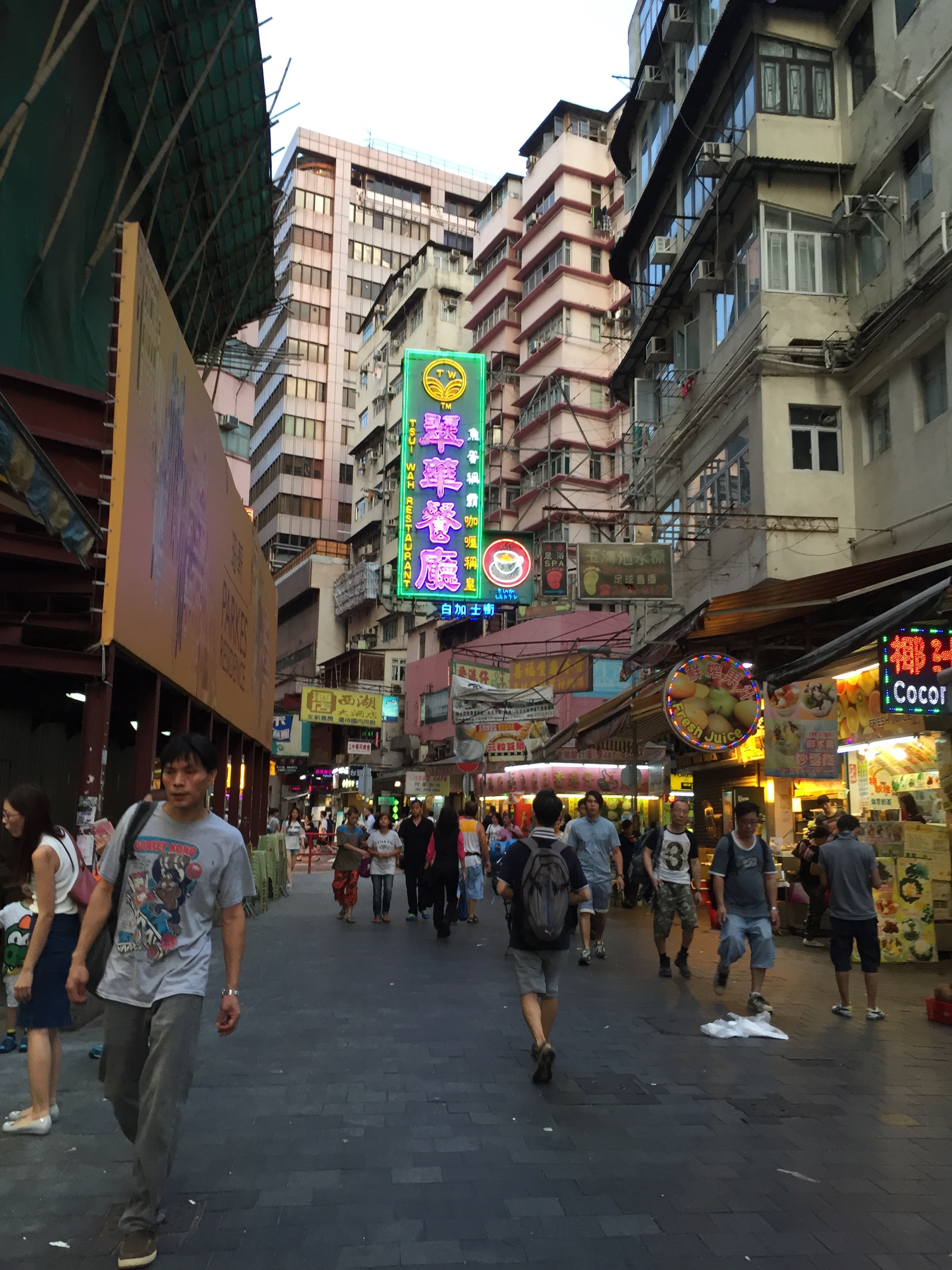 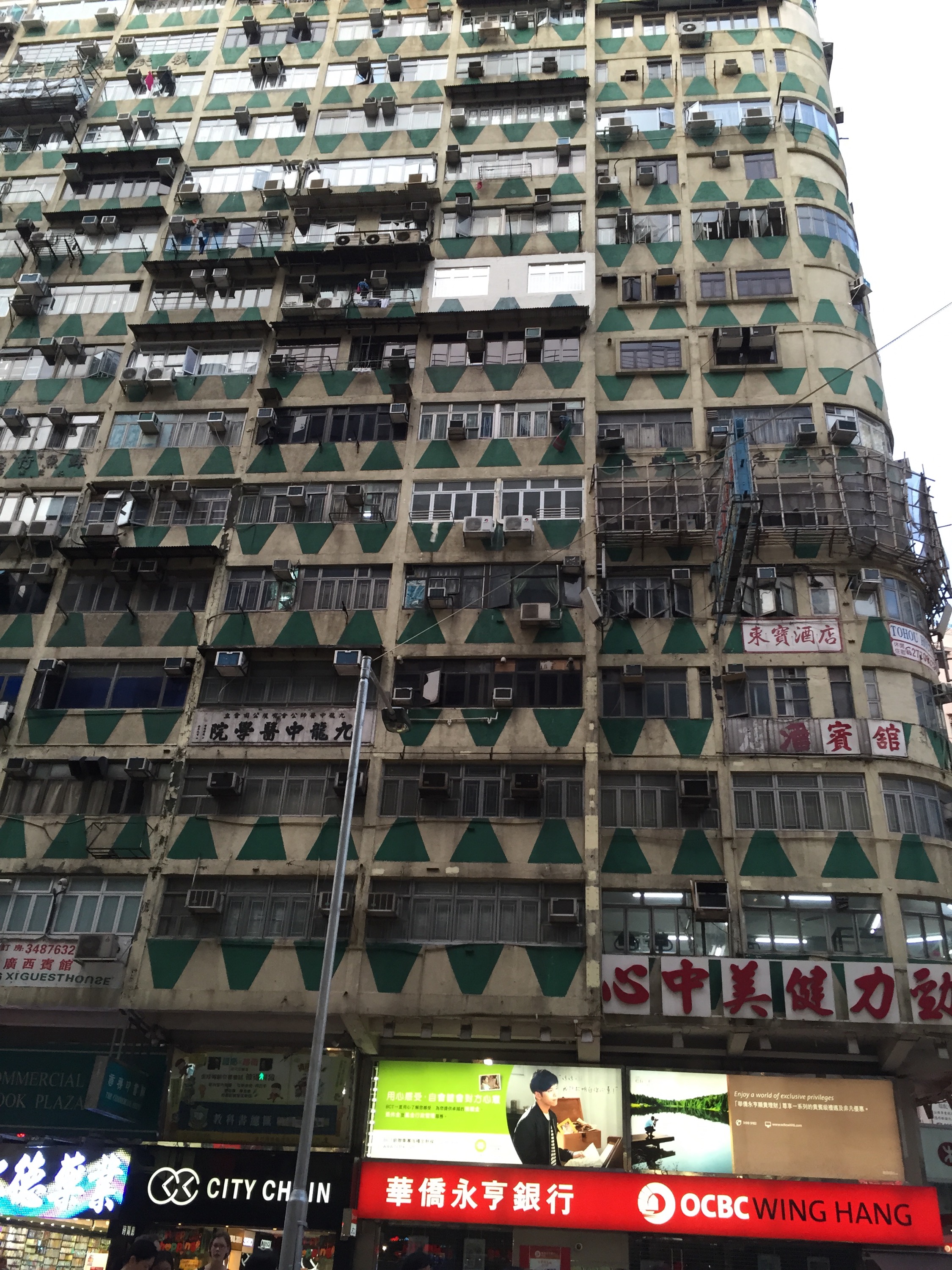 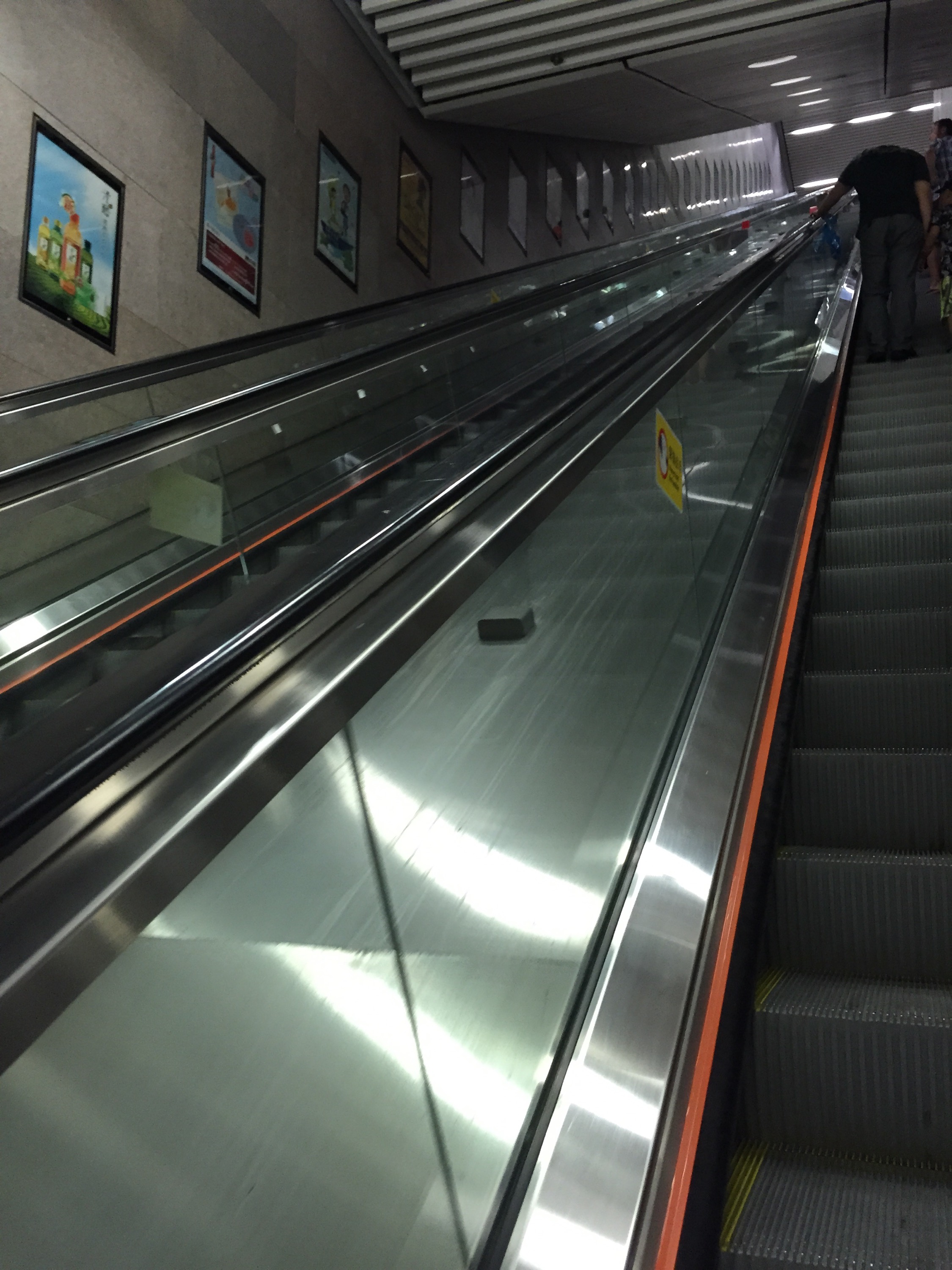 One more sleep and then we have an epic packing extravaganza to deal with in the morning and will be off to the airport, headed home!