We didn’t set out to have a cruise for my birthday, but by virtue of being a January Kid, it also just so happened that the dates everyone found easiest to take leave – being around Xmas time – also encompassed my birthday.  As I said earlier, BigSal took one look at the timings, recalled the Edwardian fabulousness of the Wheelhouse Bar and had declared that we would be having a Steampunk Birthday party for my birthday – which just happened to be the second formal night of our cruise.  All of us had our hastily made costumes, everyone had out quite a bit of effort into making something fun and steampunk-ish… we are not hardcore cosplayers for all our habitual medieval recreationist activities.  This whole thing is how I came to be boarding the ship with a hat box!  Yes, felt a bit absurd taking fancy hats on the cruise (though I am sure it was de rigeur back in the day), but there we were probably with so many extra suitcases to accommodate our steampunk frippery.  🙂

BigSal had been working with some of the ships staff to organise various things for us – she coordinated with the Wheelhouse Bar manager to corral some furniture to create a space for us, she liaised with the Hotel staff to arrange for a small buffet of canapés, she had discussions with Tim, the Cruise Director, arranged a photographer to pop up and take some professional portraits for us and threw a fantastic party!  I had the most marvellous birthday  😀  Was a fantastic time.  We made quite the spectacle as we moved about the ship from our pre-dinner canapés and champagne, out onto the decks for some photos and shuffleboard, then onto the dining rooms for formal dinner and Baked Alaska night.  It was a fantastic night and everyone had simply the most amazing time. 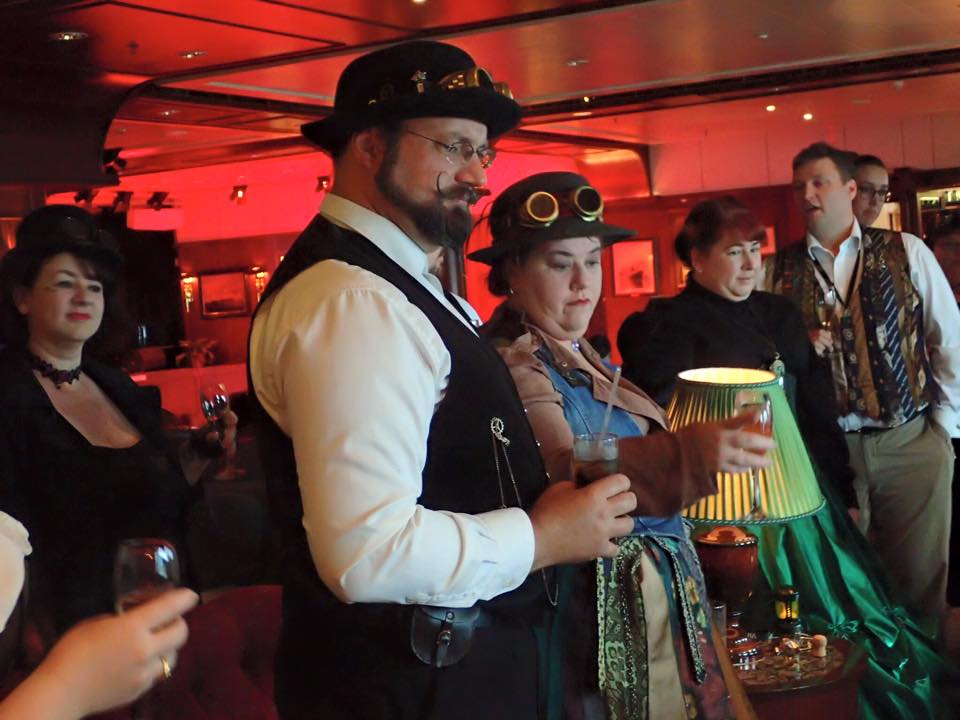 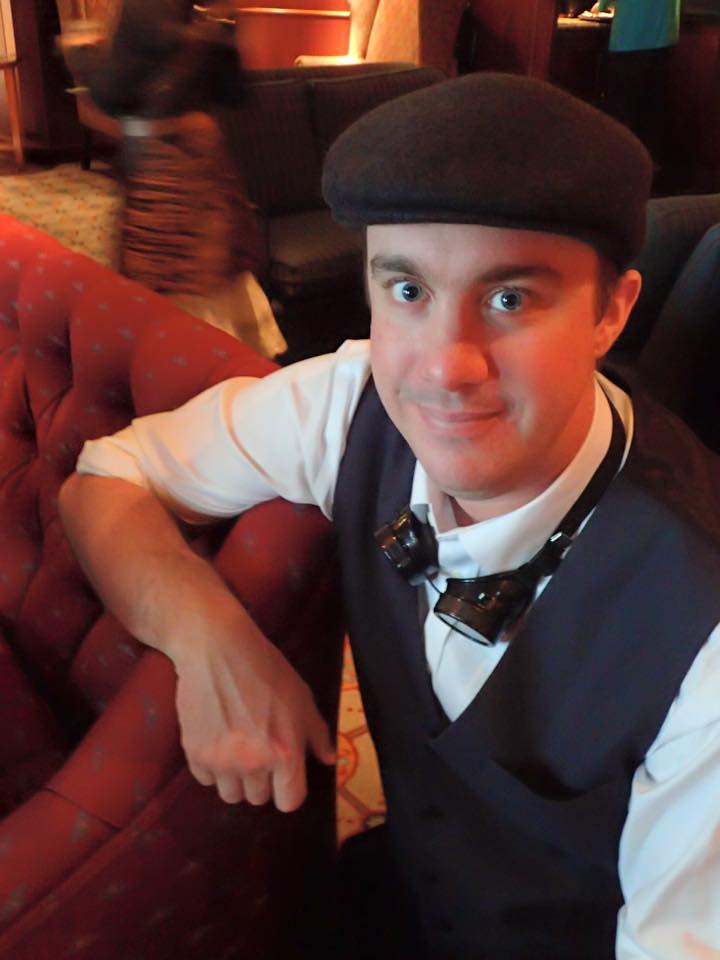 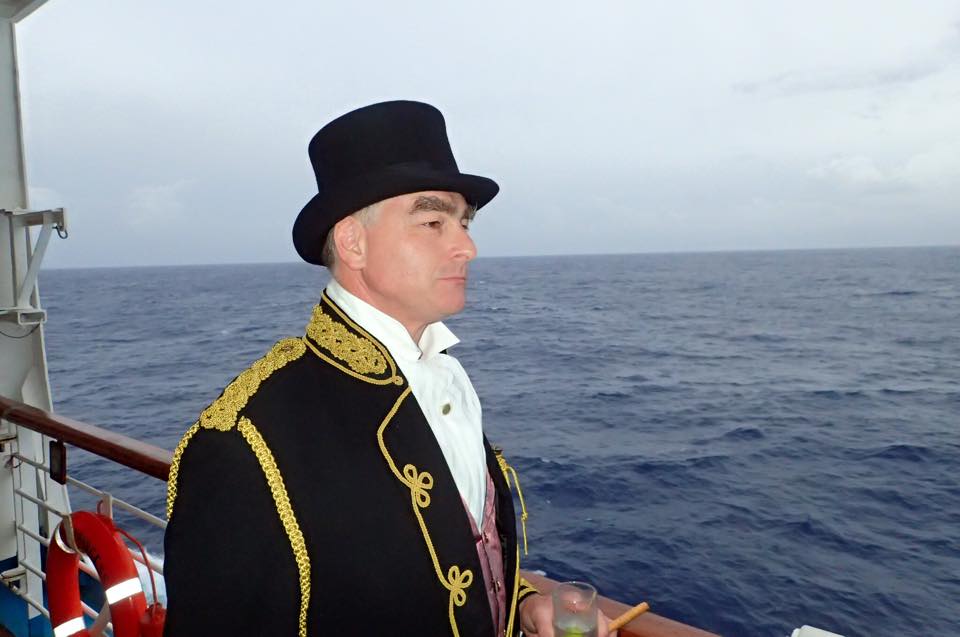 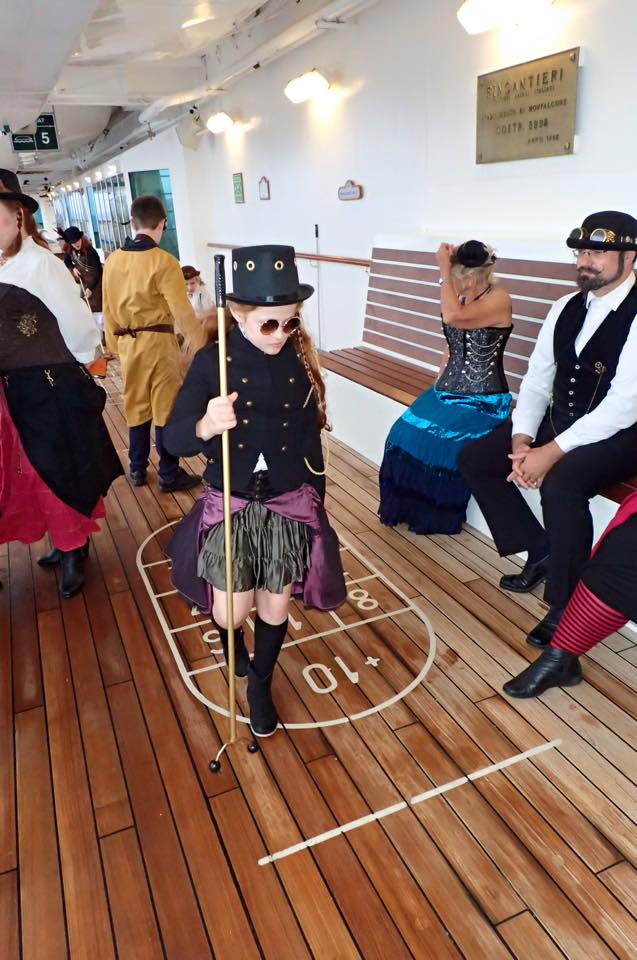 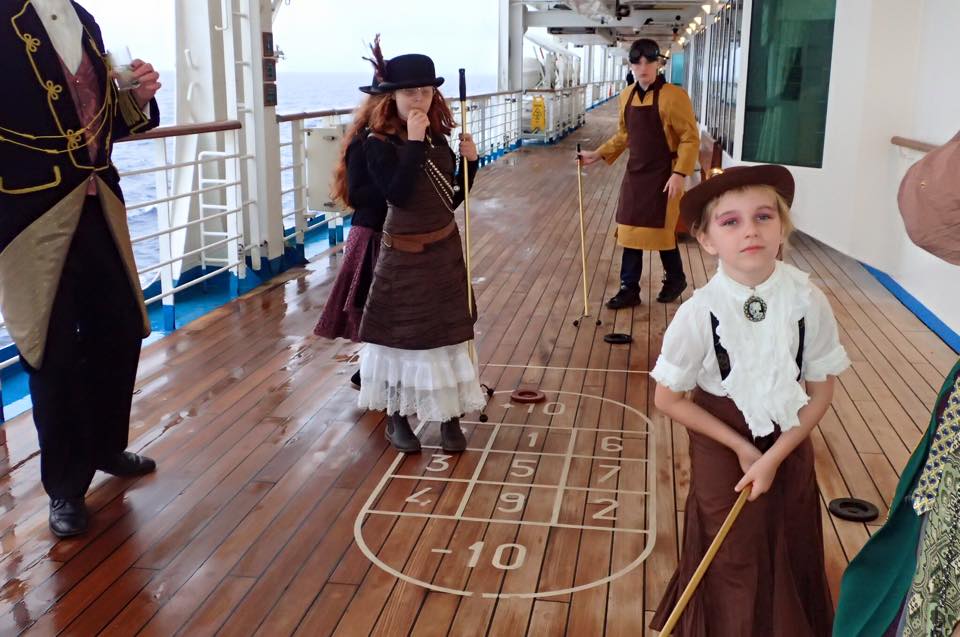 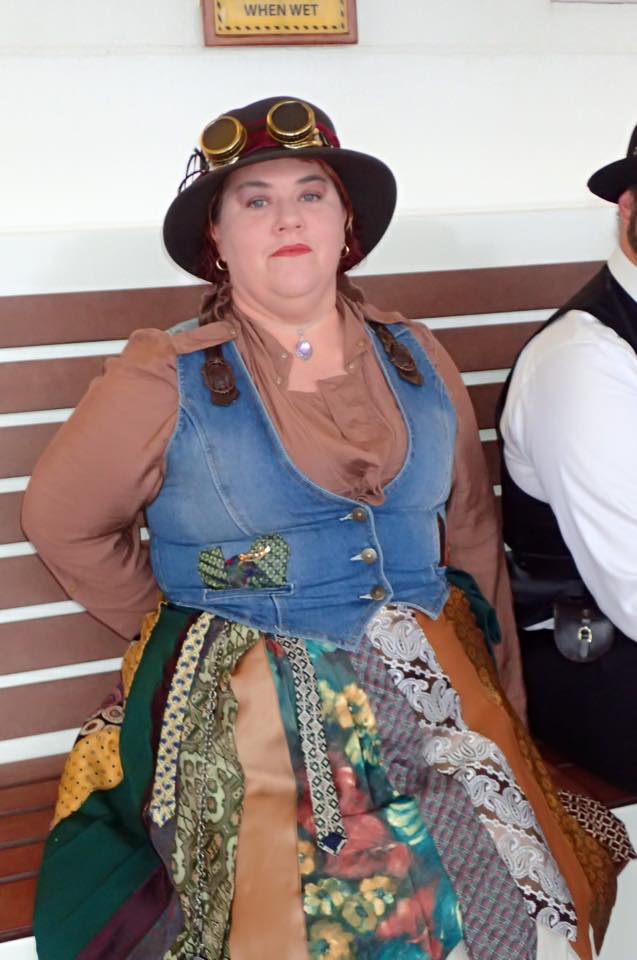 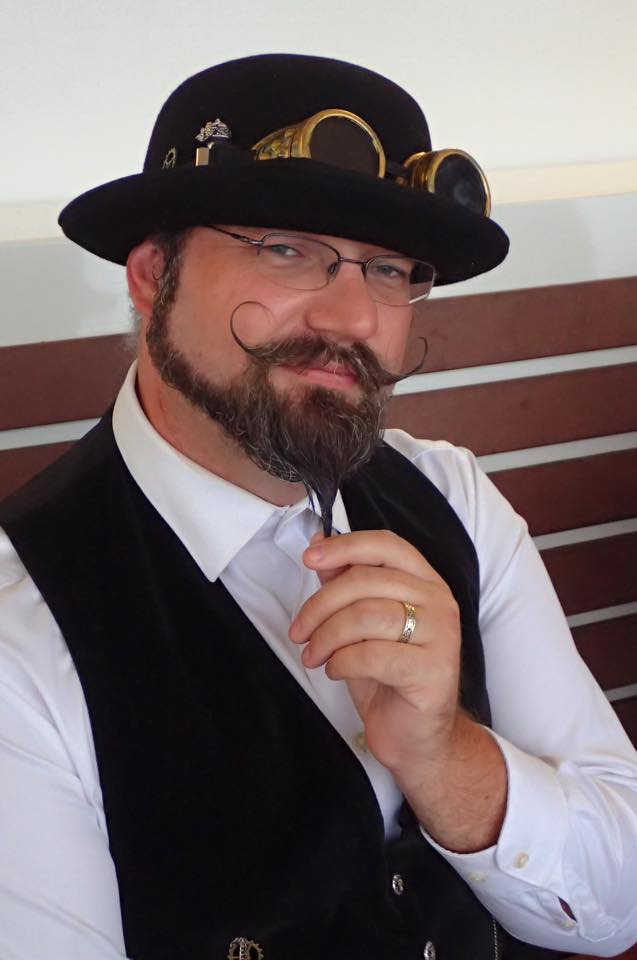 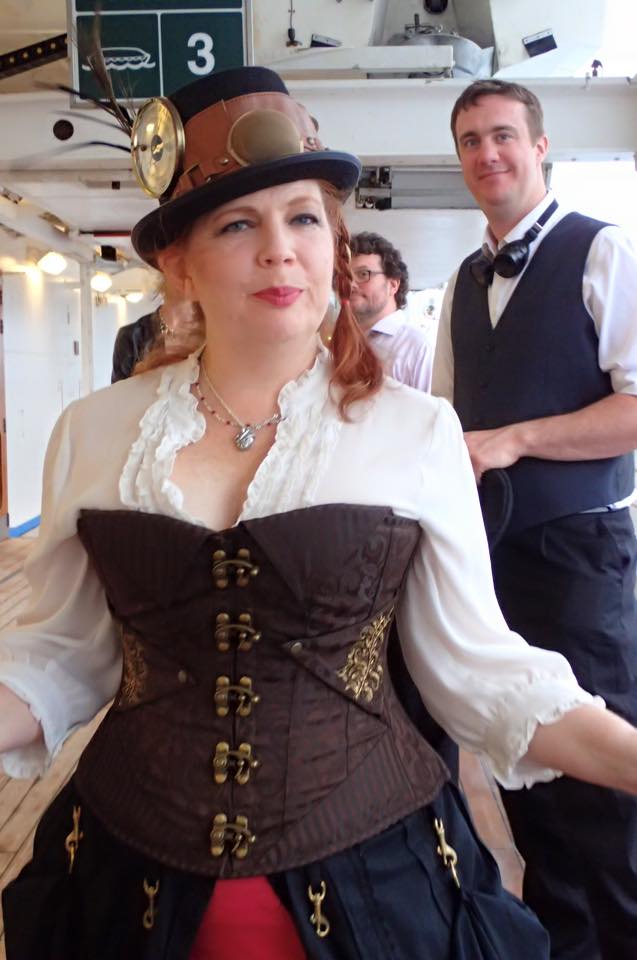 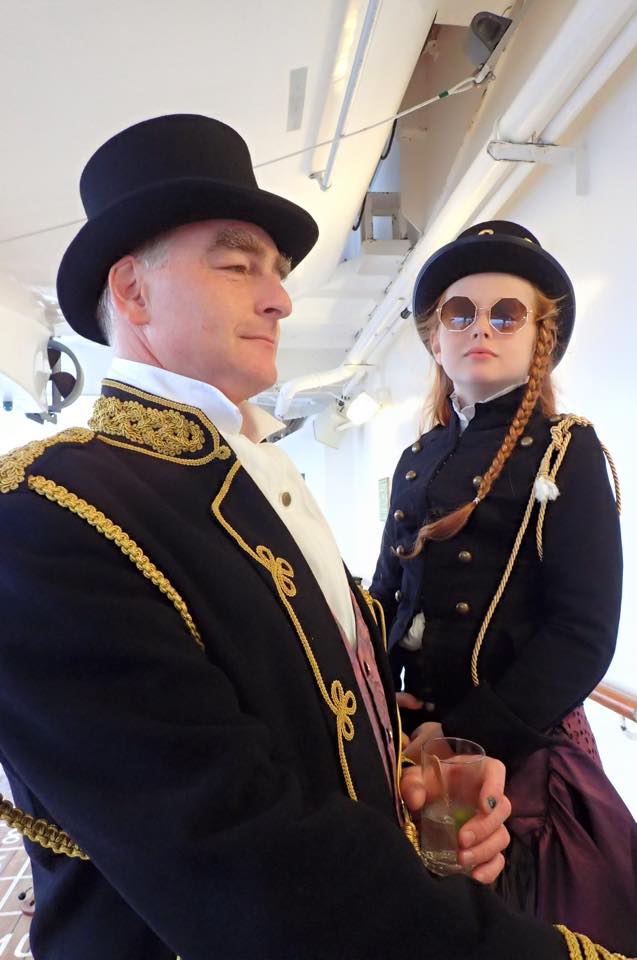 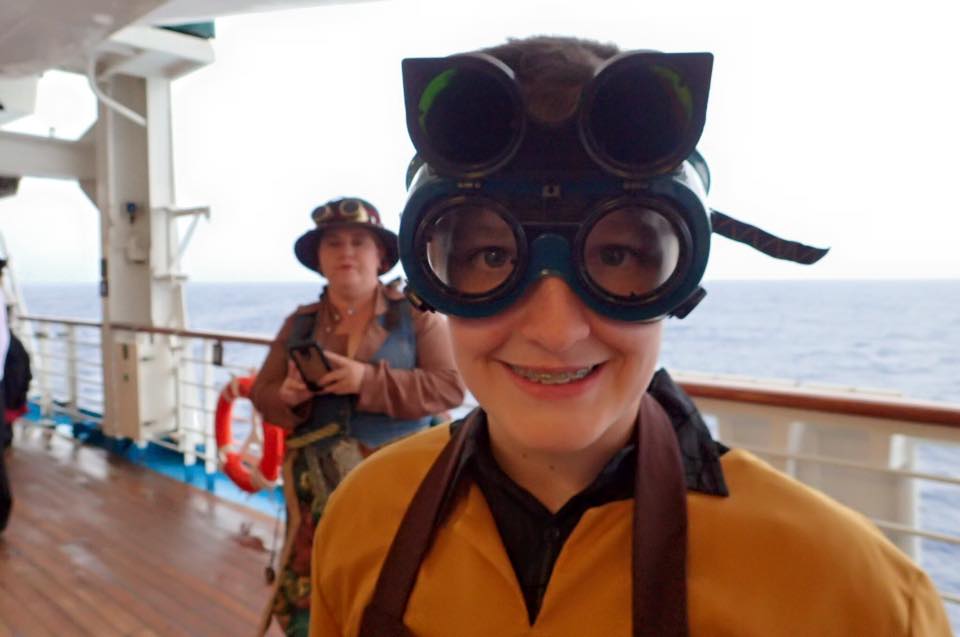 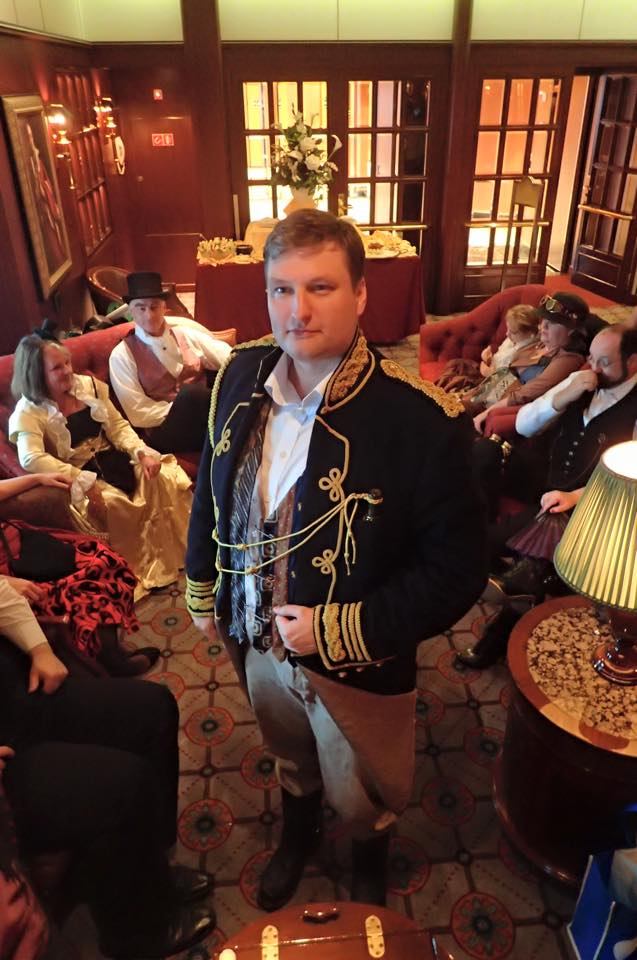 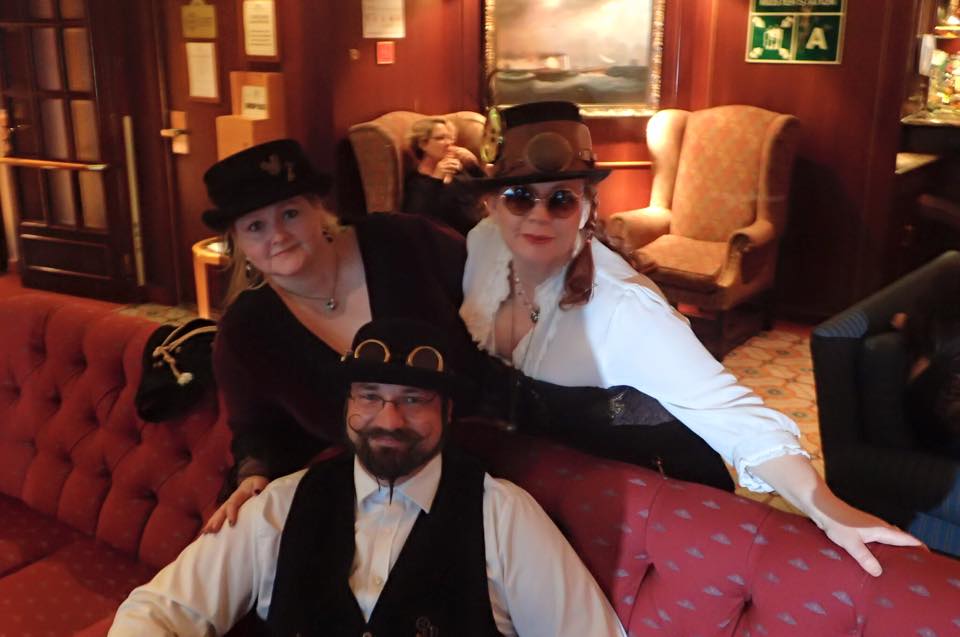 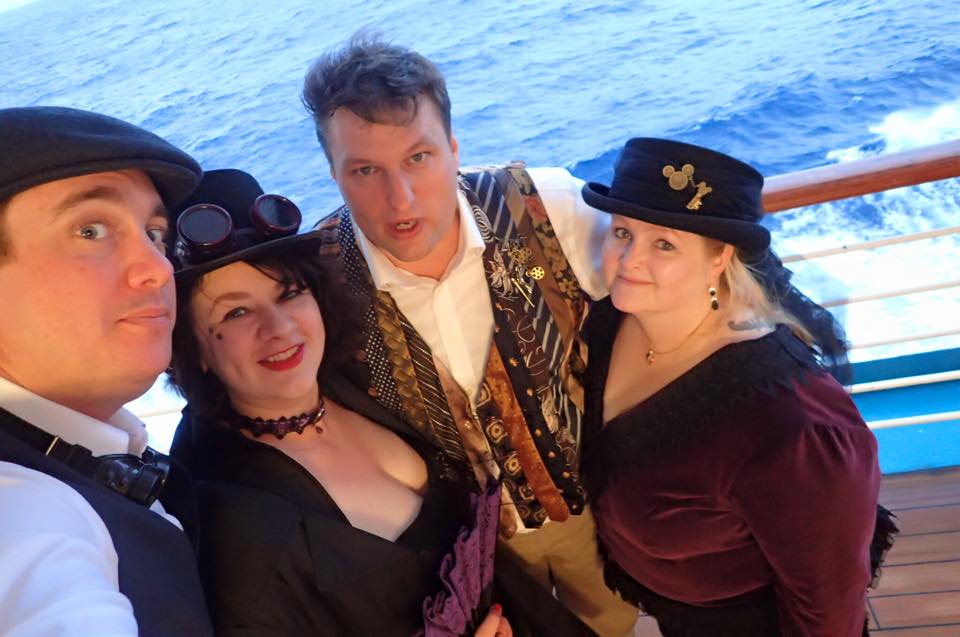 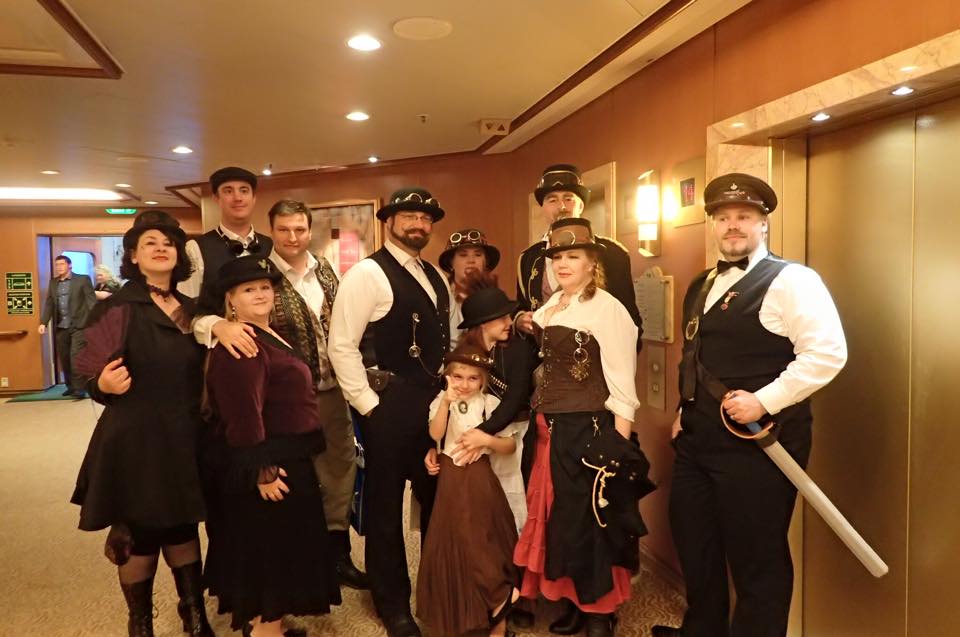 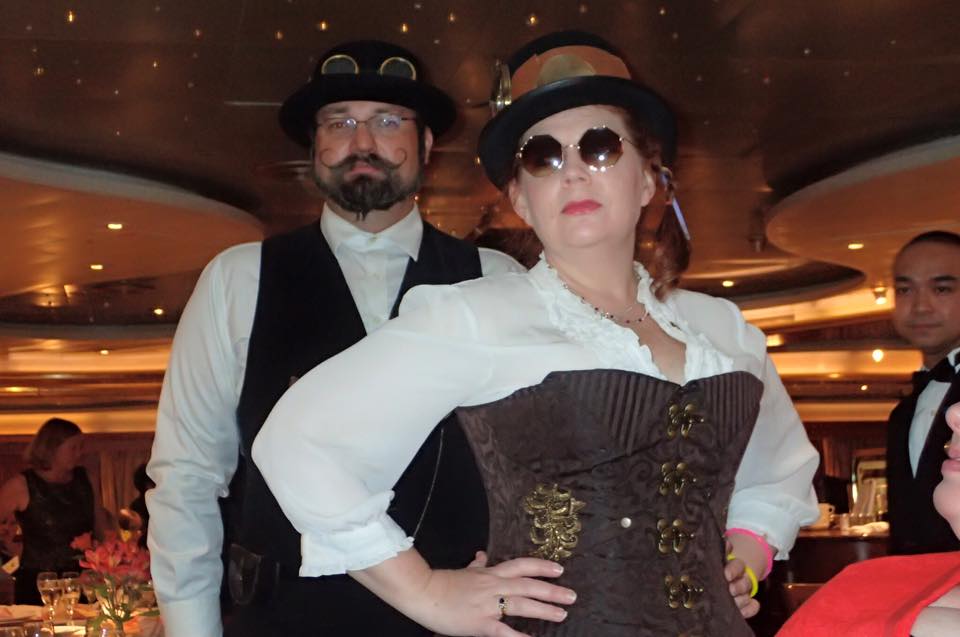 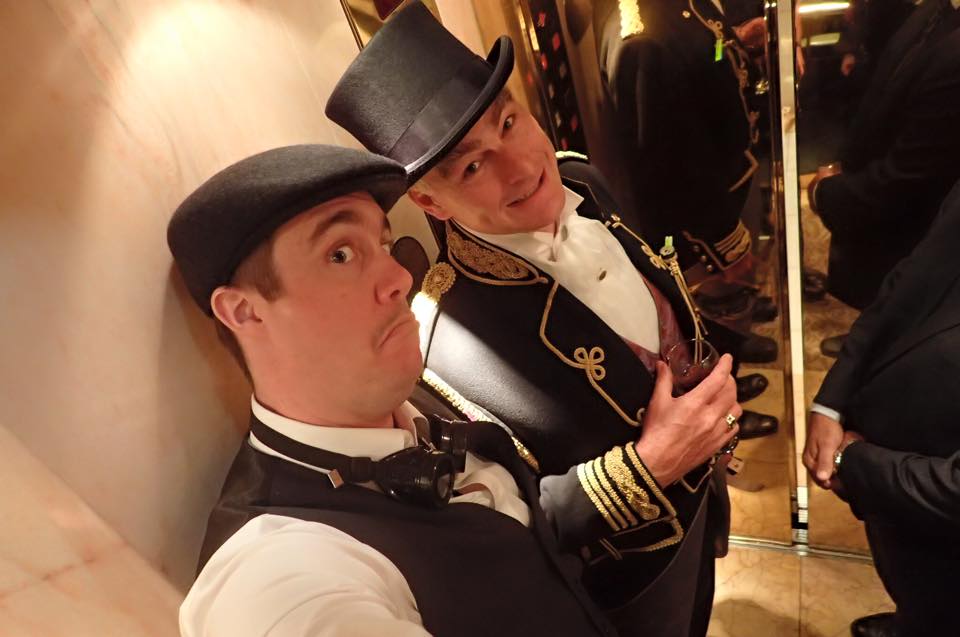 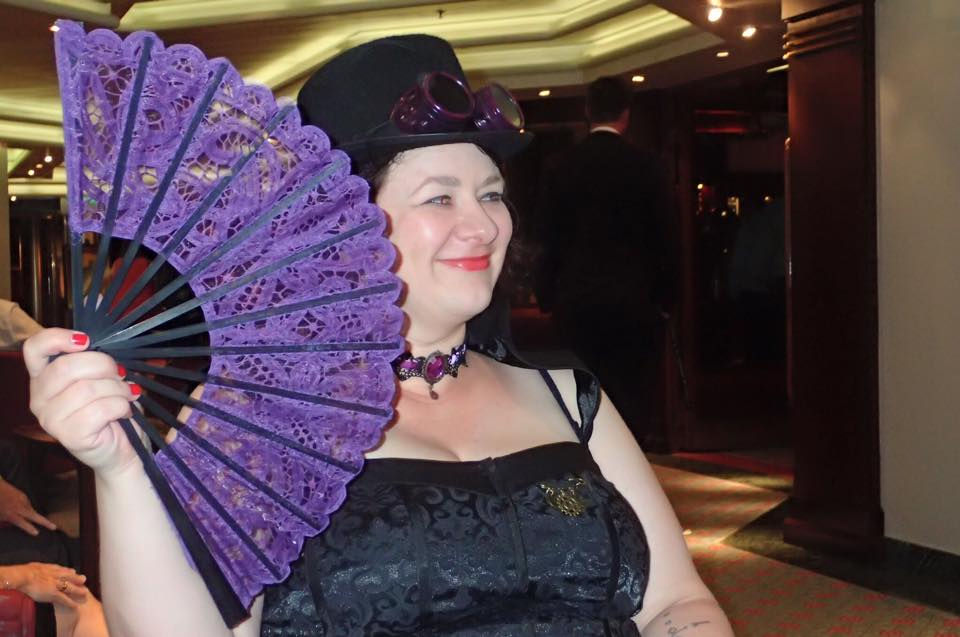 The ship’s staff were very helpful in assisting us in arranging this special event for our large group party.  Love the Sea Princess!  She has become my favourite ship so far.