Well, our last day in the Vegas and our last day in the US… what to do? what to do? The South Pointe Casino and Convention Centre is hosting a gun show, what could be more ‘Merican than that?!? I mean, we can’t take anything home, and even if there was stuff I wanted to buy there’s no way I can fit anything else in our over stuffed luggage, but, what the hell. Seems like a good way to spend a few hours. 🙂 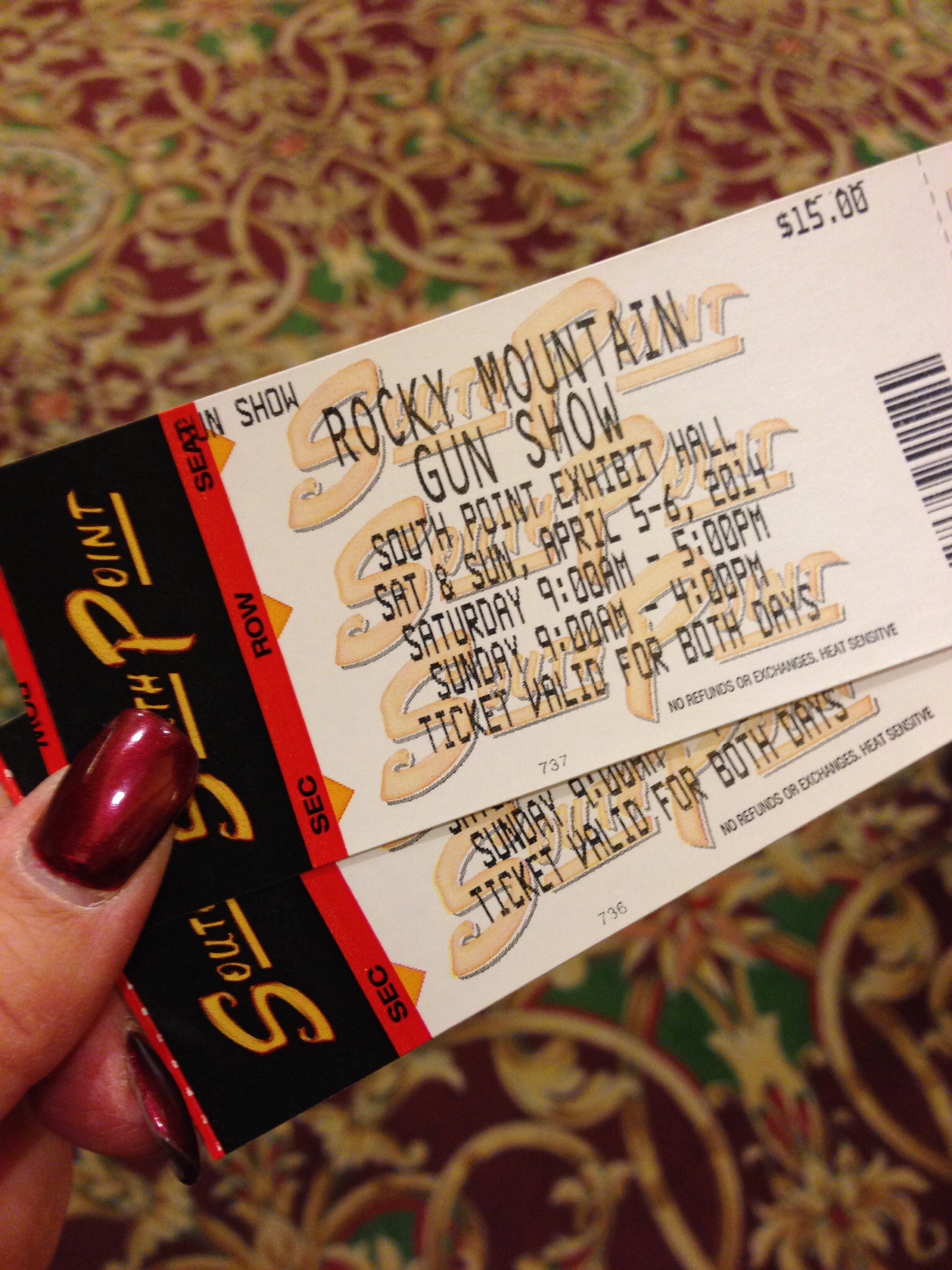 Was a bit weird wandering about and seeing so many firearms that are either, A) completely illegal to own in Australia, or B) legal in Australia but so much cheaper than what we have to pay, or C) being worn on someone’s person in a social context or D) a combination of the above! 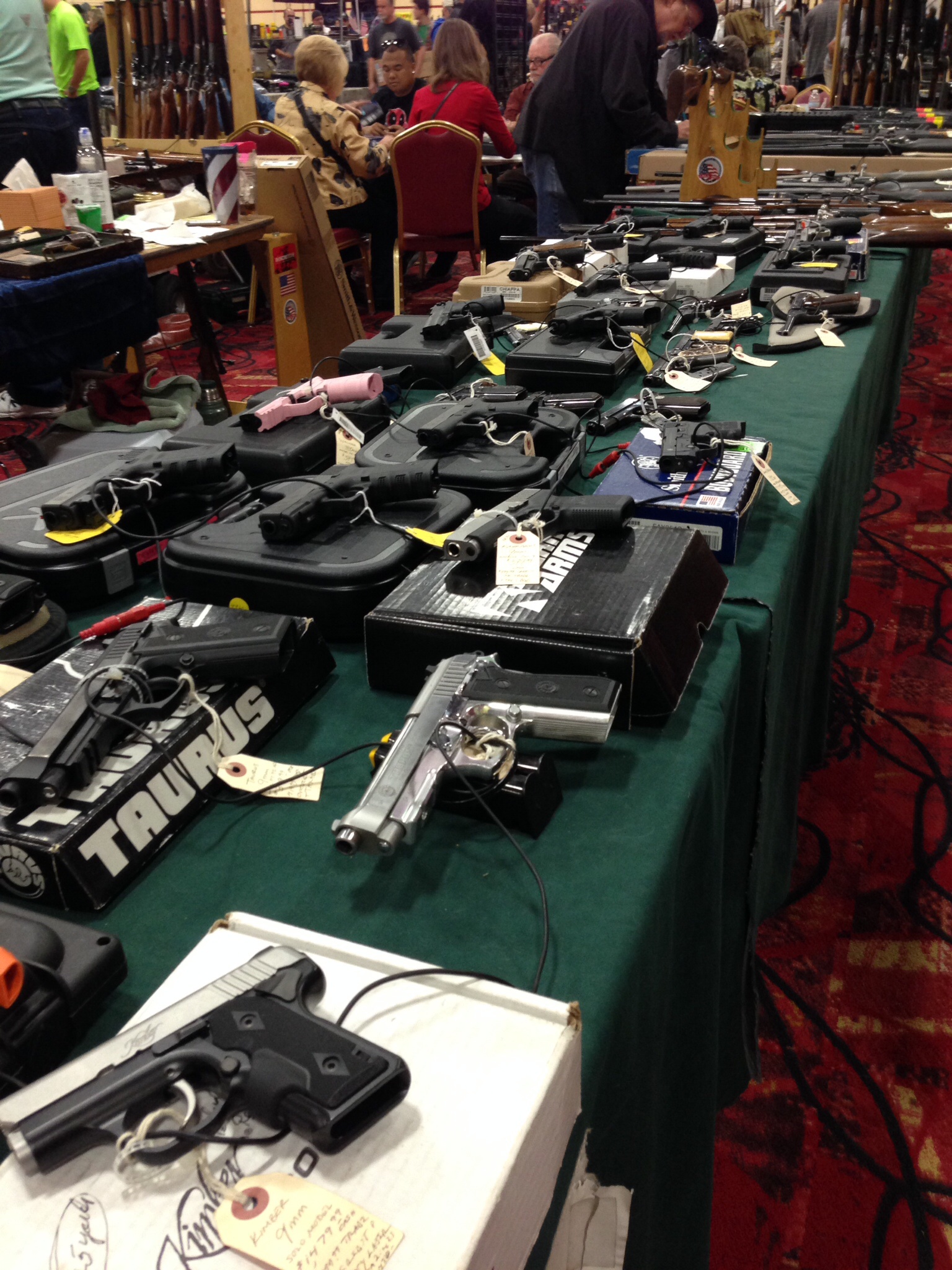 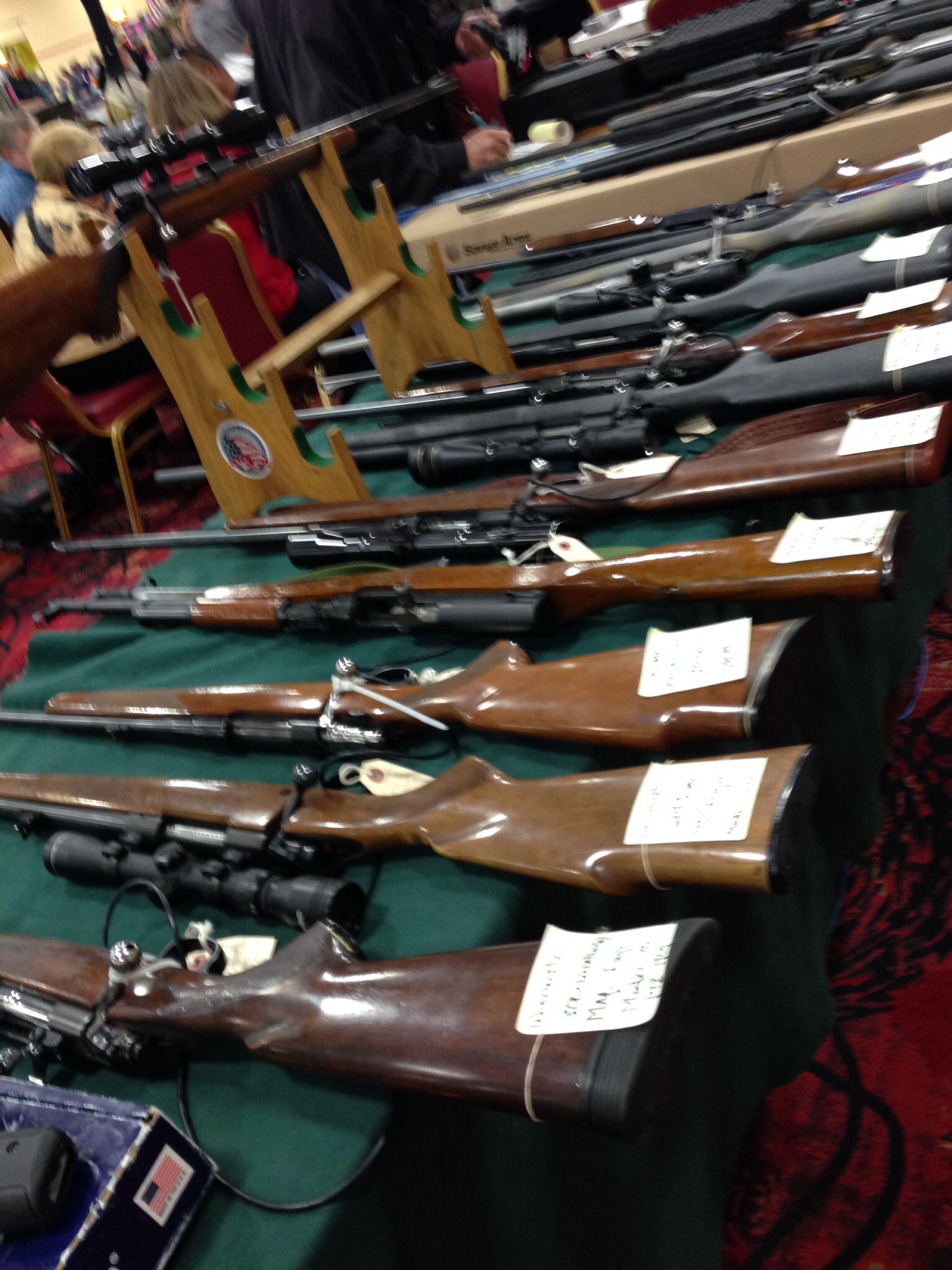 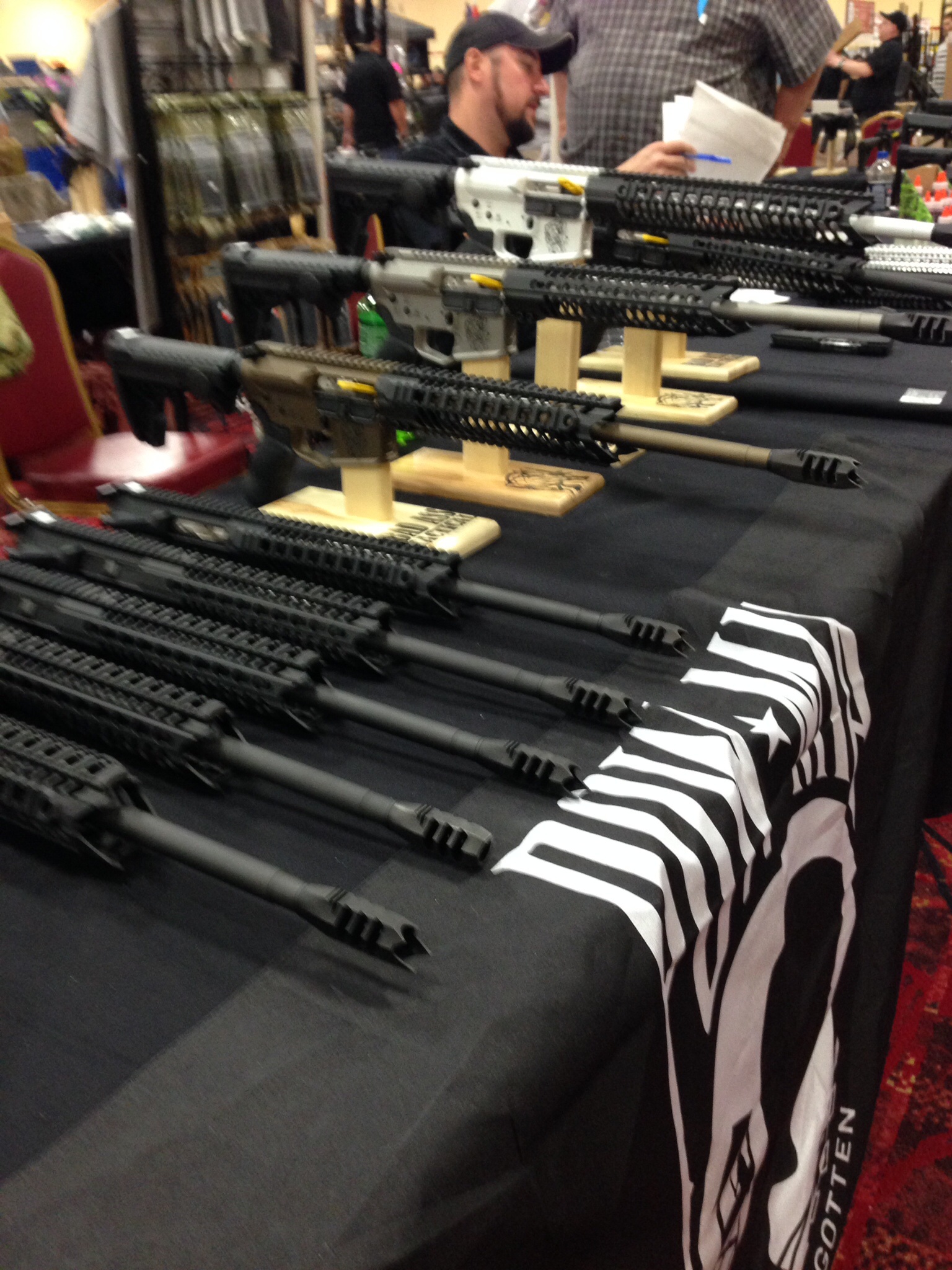 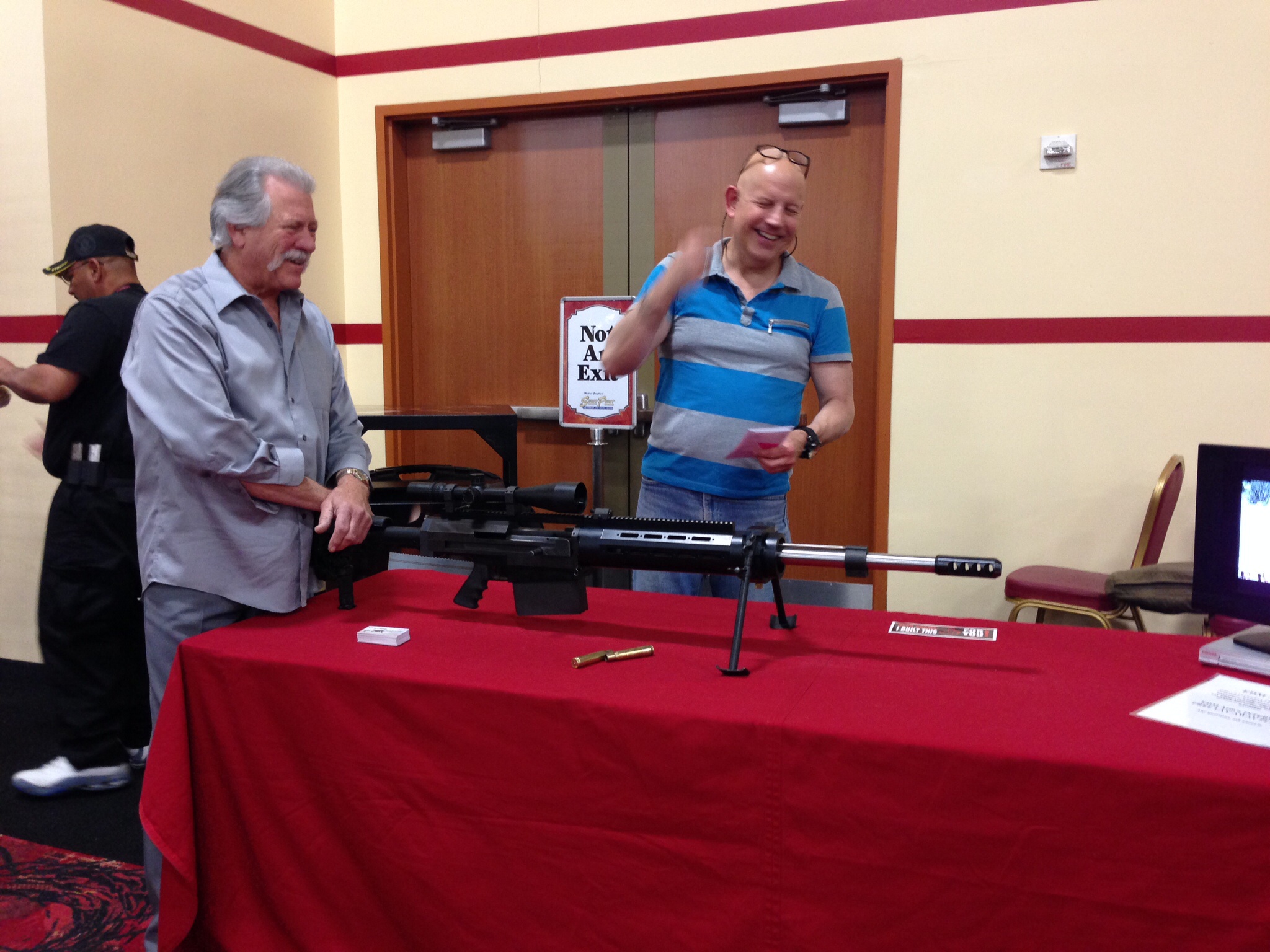 I know right! Doesn’t everyone need one of these for, err home defence or something. 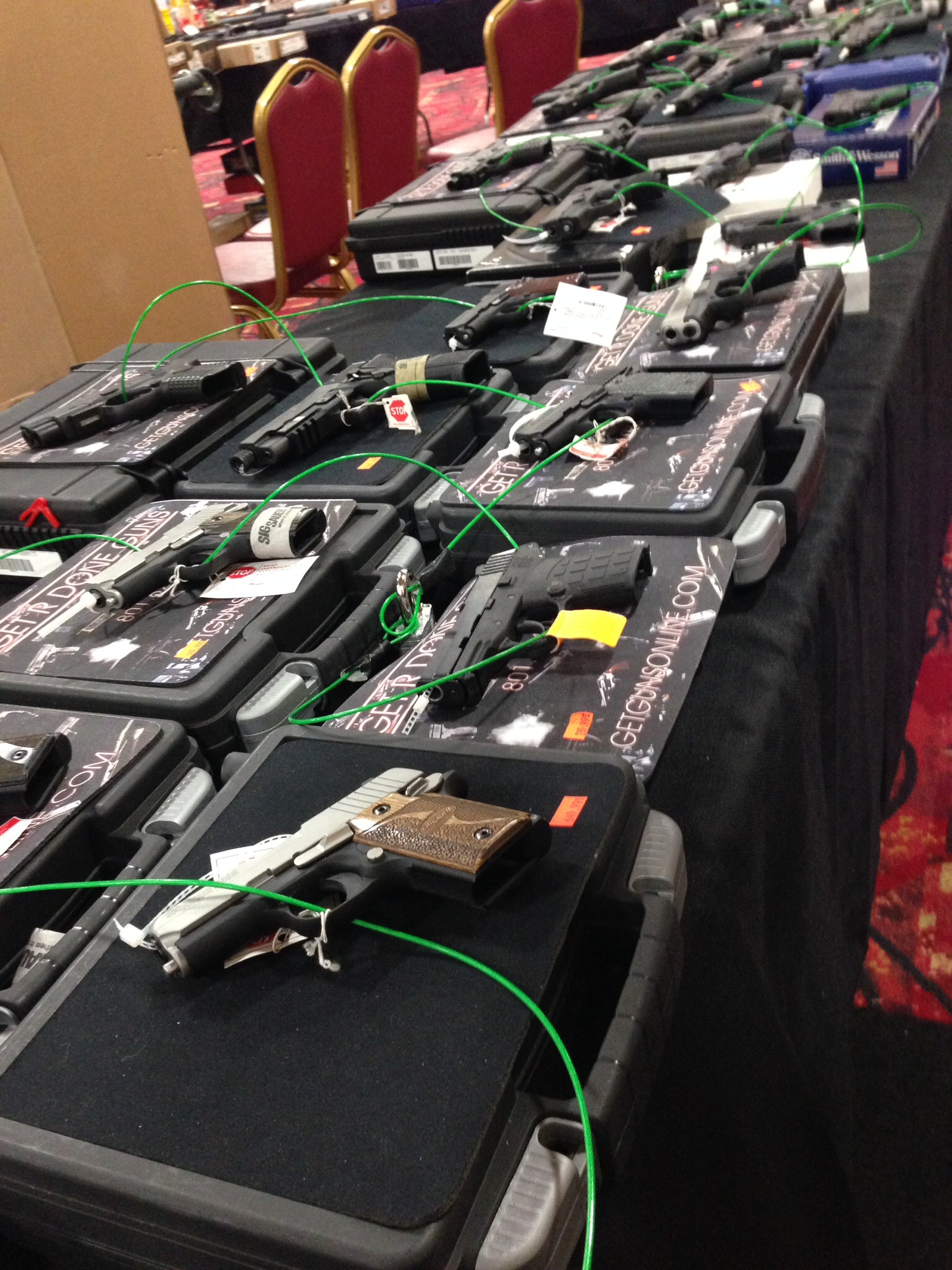 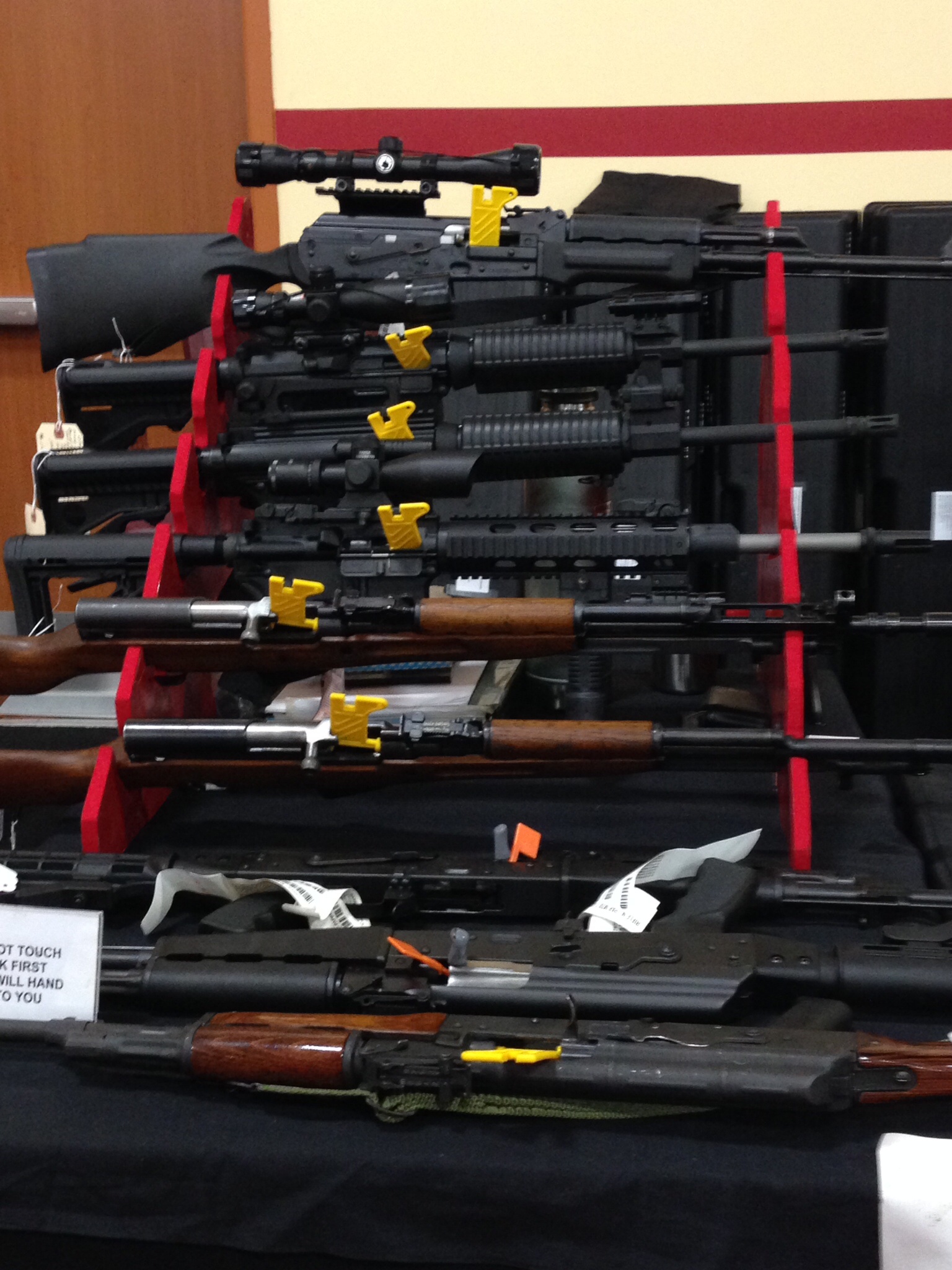 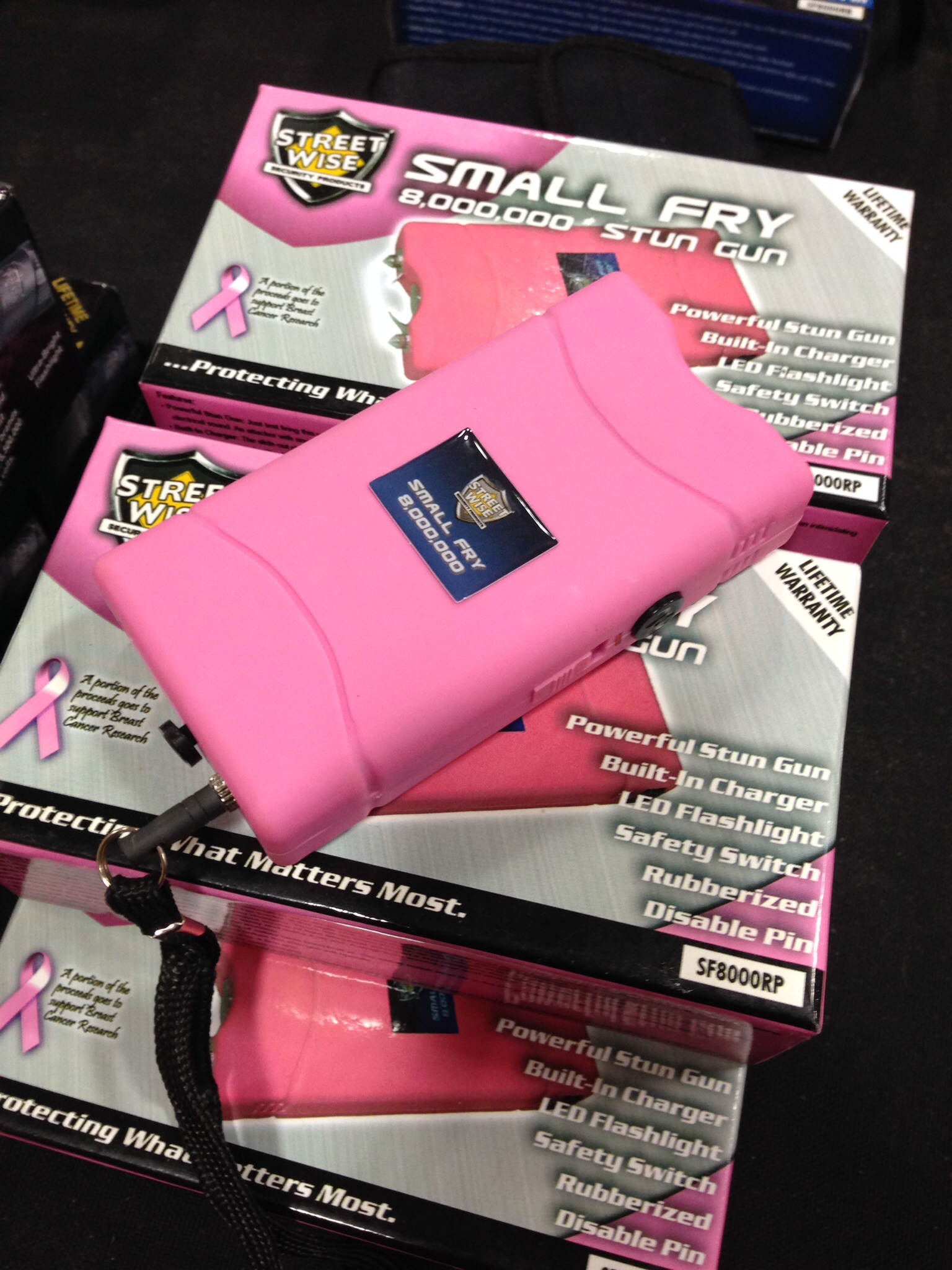 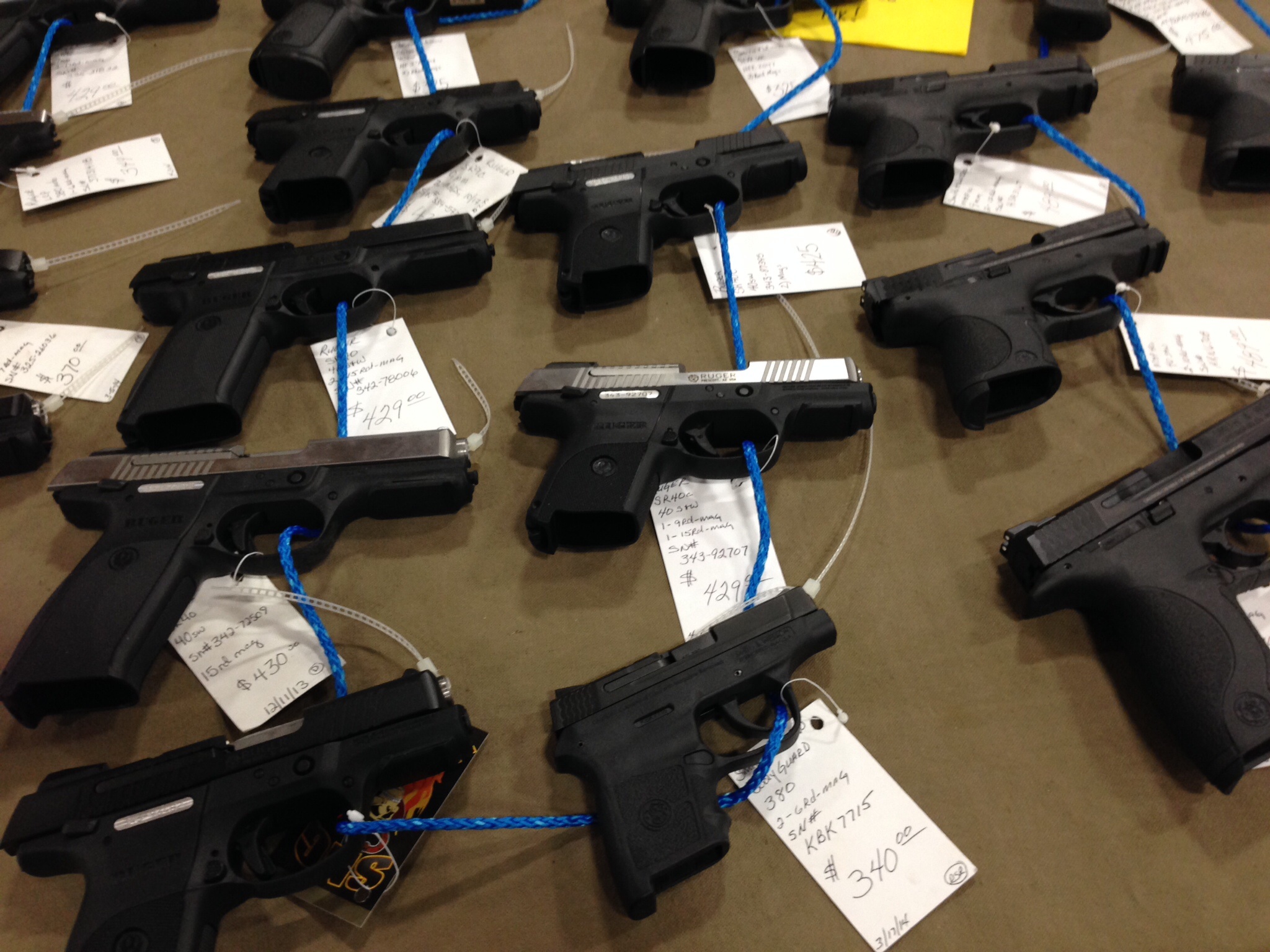 Oh dear, made the mistake to point out to a friendly sales guy that ‘This, this, this, this and this, are all illegal in Australia due to their diminutive barrel length’… which wouldn’t have been a huge problem except that started a discussion about how Australia has strict gun laws and I mentioned that even if I wanted to buy something at the show.  I’d have a process to jump through with the Qld Police Department and the Federal Customs that could potentially take months.  Again not really a problem, except a woman standing nearby joined in the conversation with the pithy observation: ‘See that’s what could fuckin’ happen here if Obama has his way and they take away all our guns’.  Now, I probably should have said ‘Too right, you gotta watch out for that’ and beat a hasty retreat… only I stupidly responded with ‘Well, the government is not trying to remove all firearms from the population, just restrict certain firearms that are capable of mass shootings, and introduce better background checks, for things like mental health issues, so that shootings – like this one that happened just this week in Texas, stop occurring.’  Next thing you know there are three people standing around telling me that the ‘gummint ain’t got no right to go telling me what type of guns I can have, or how many guns I can have.’  Not even a little bit unexpected.  I might have inadvertently started the conversation, but I made a tactical extraction and left them there getting all worked up in a 2nd Amendment circle jerk as they vociferously and aggressively agreed with each other on the matter.  ‘MERICA! FUCK YEAH! 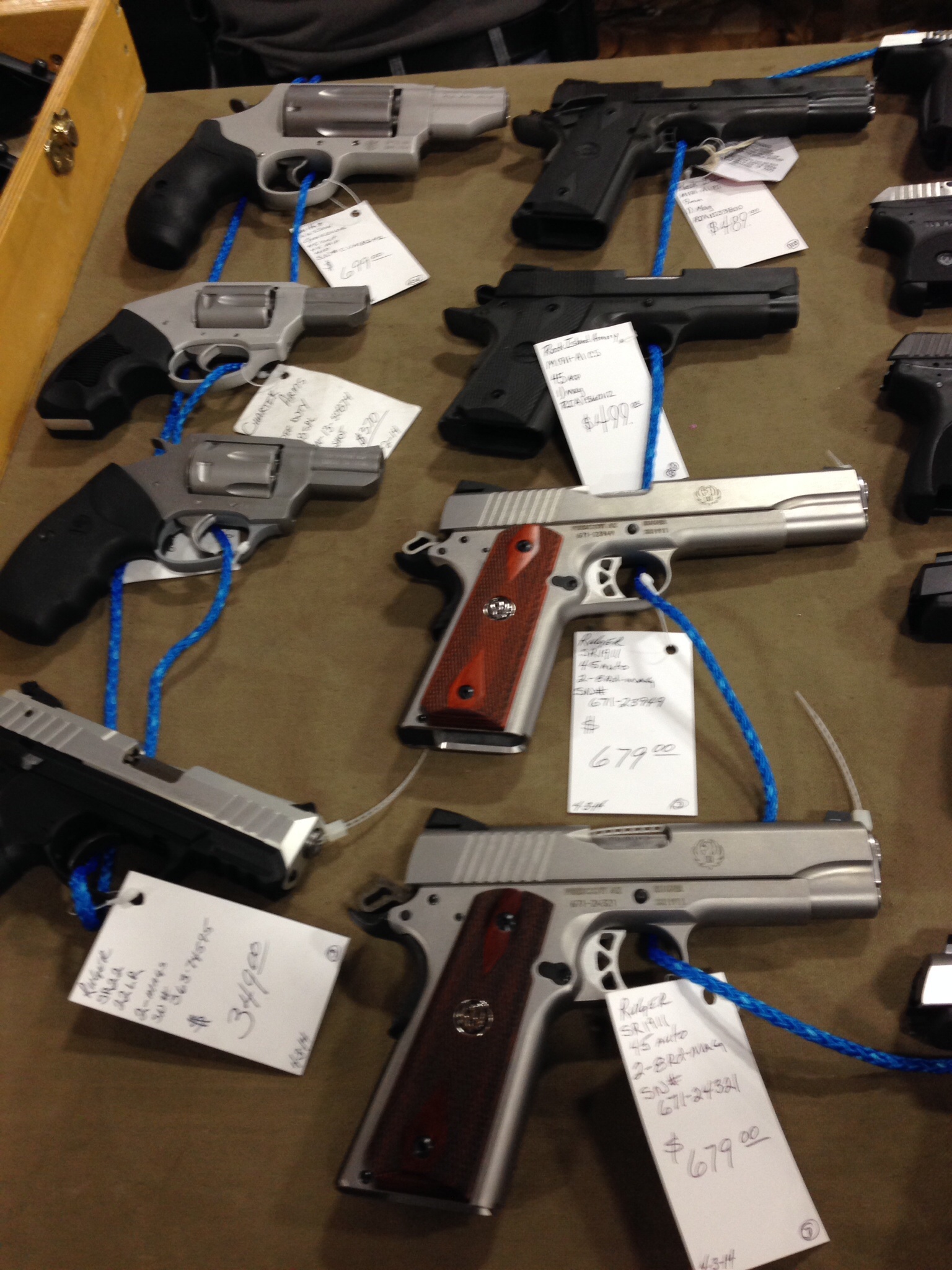 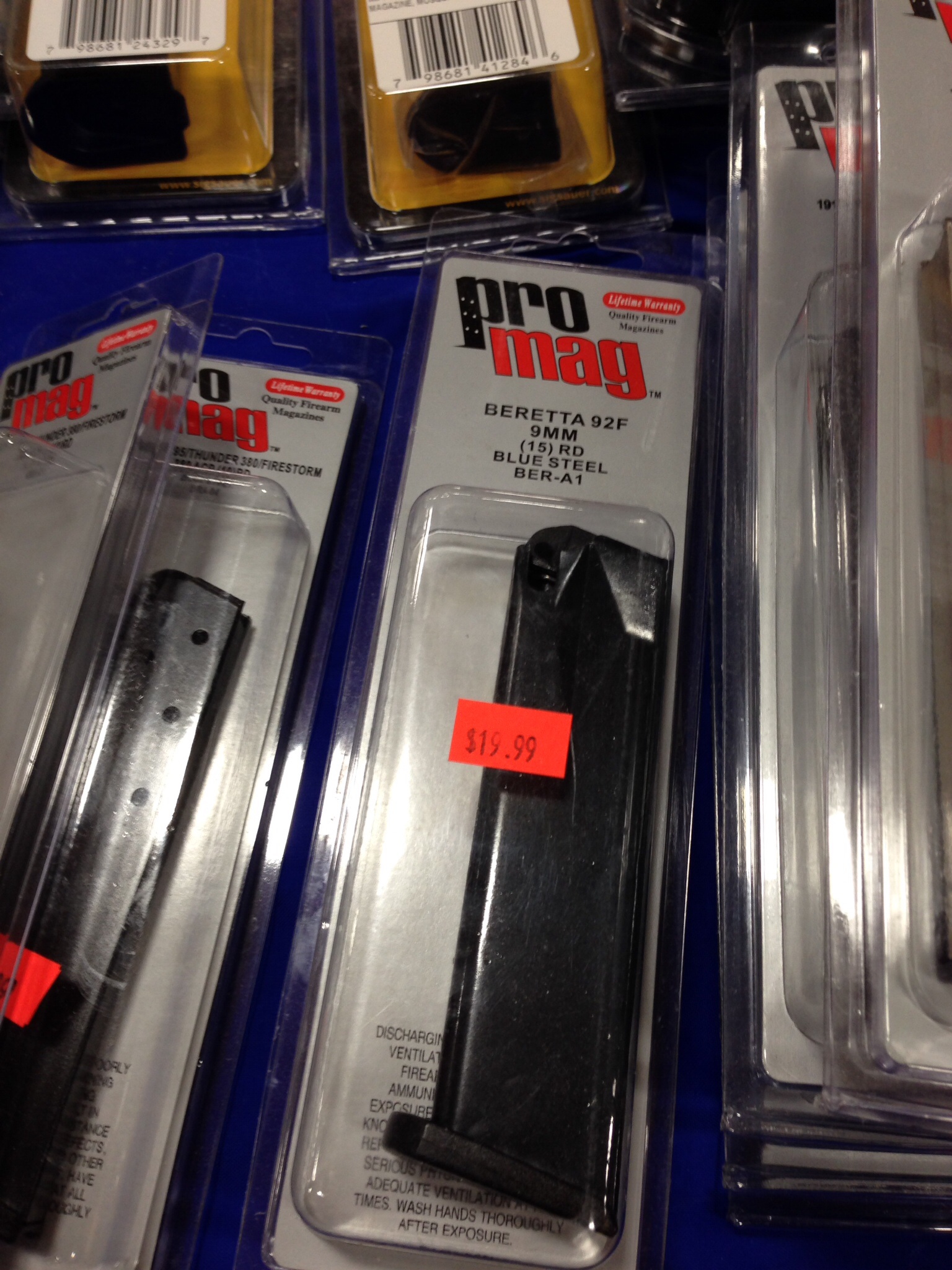 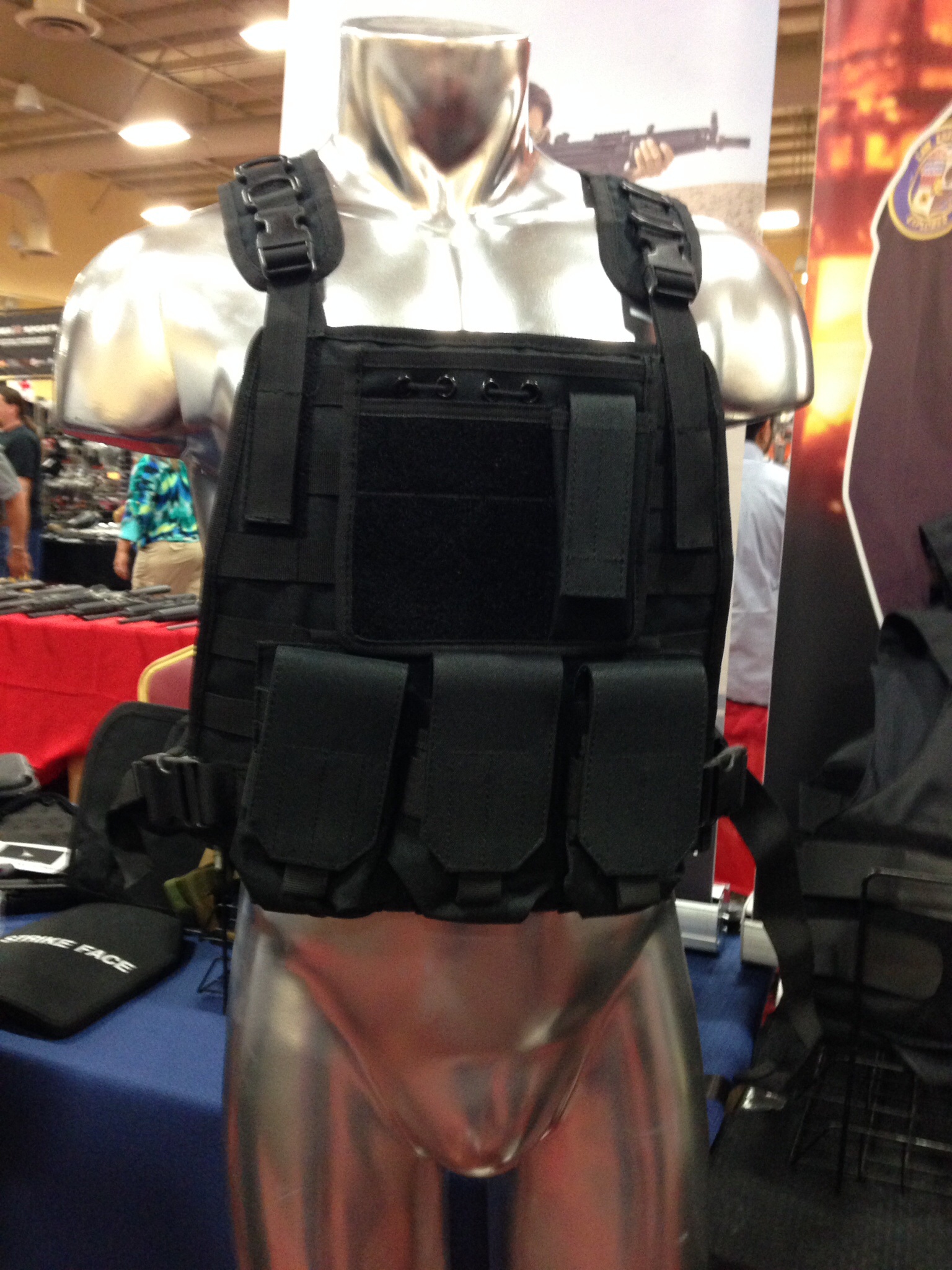 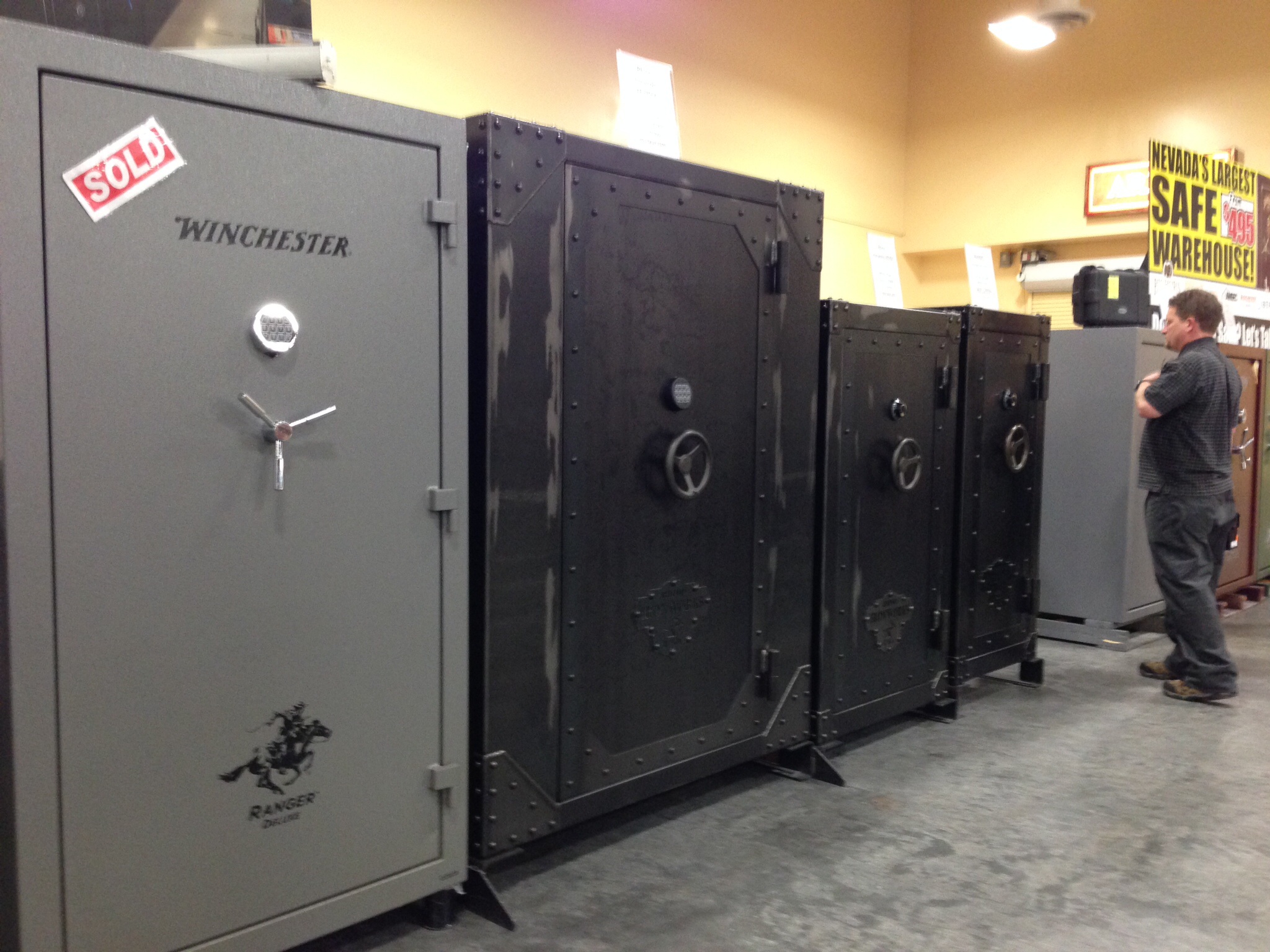 Safes for sale is encouraging, most states have no enforceable storage requirements for firearms. 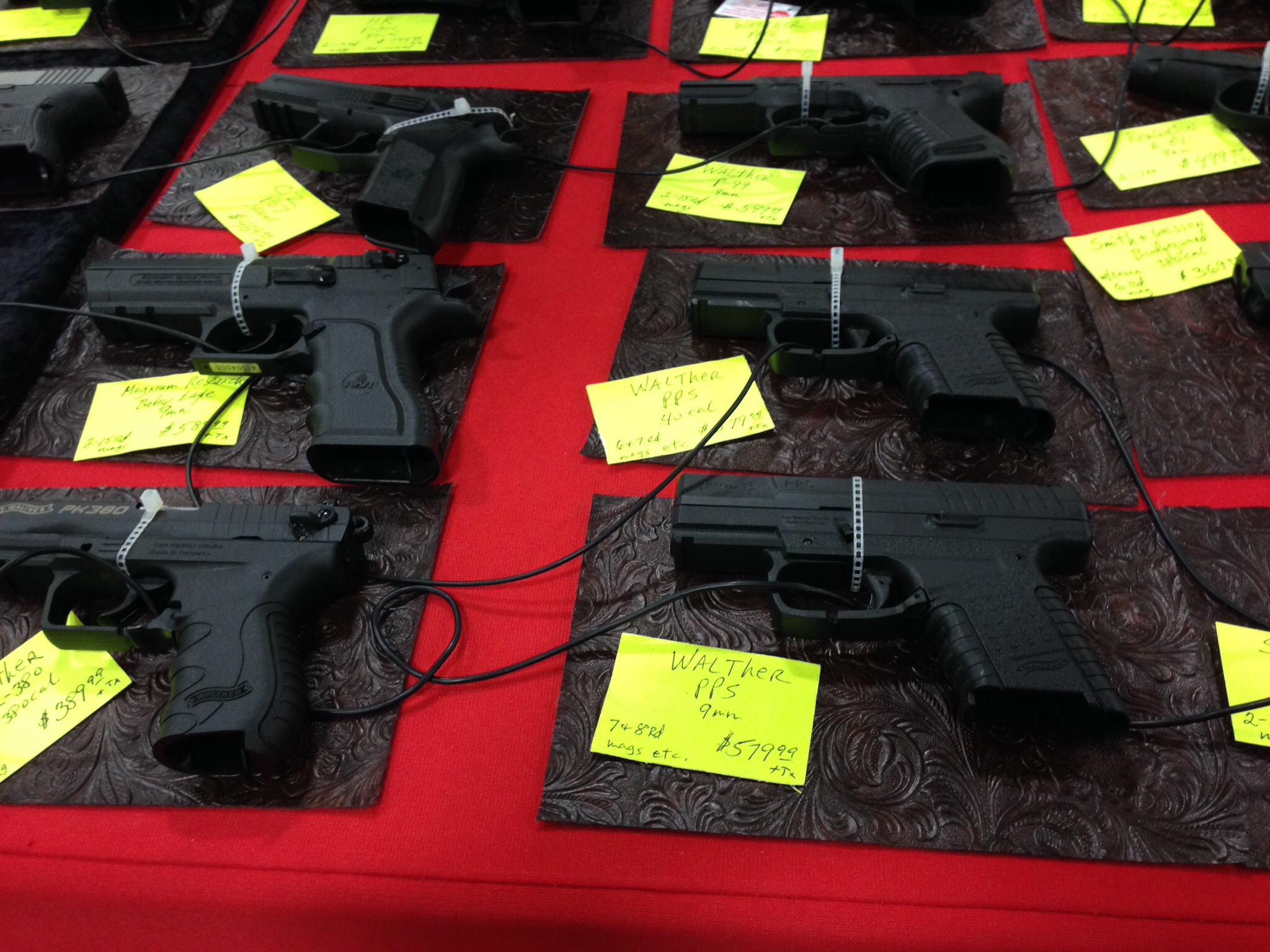 Little further on, and a guy is asking me if I’m interested in a little Sig P238 that I picked up, (Fark, is a frogs arse watertight?  Of course I am!).  So, I am playing with this cute little Sig and thinking, it is so not useful for any comps, it is not a target shooting handgun at all, it’s primary purpose is to be as concealable as possible for self defence, but it feels just my size and I likes it!  He then starts to say that, “That purdy little gun is perfect for a purdy little gal like you,  ‘nd I can probably knock a few bucks off the sticker for y’all.”  At which point, I dejected explain, again, that I am flying home to Australia tonight, and even if I could get it in the country, I don’t think that the barrrel length is legal, it’s too short.  This time the response was, “Oh, that’s right, y’all have them damn strict gun laws Down Under don’tcha.  So tells me, has it cut down the murders, ya think?”, and then ensued a discussion about homicide rates, general gun related crime and gun related suicide… all stats in Australia of course, point to, less guns = less deaths.  He was quite impressed and said that ” ‘sponsible gun ownership is something ‘Merricans need ta get a grip ownnne.”  Well, that was the last thing I expected to hear at a gun show in Nevada! 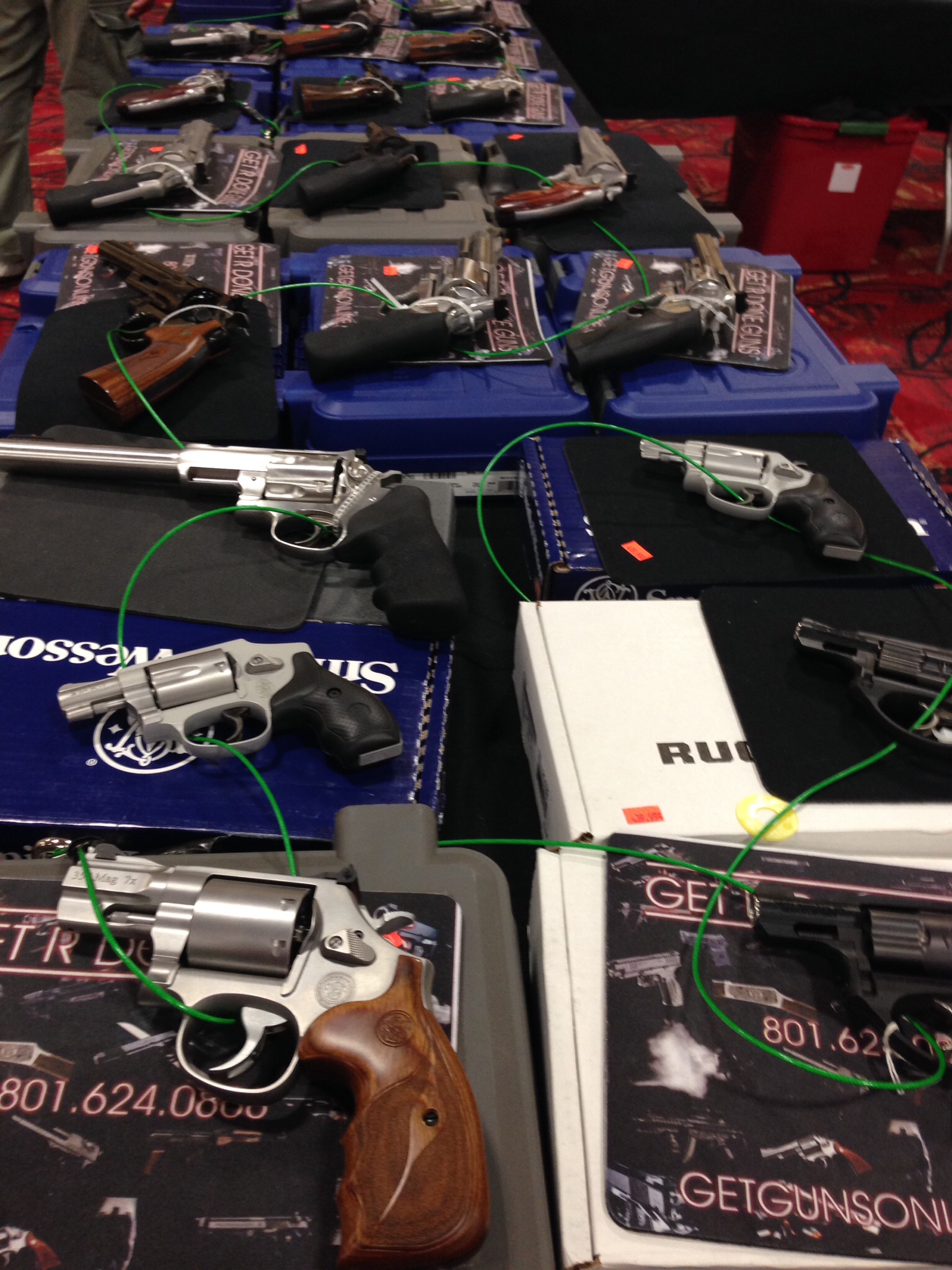 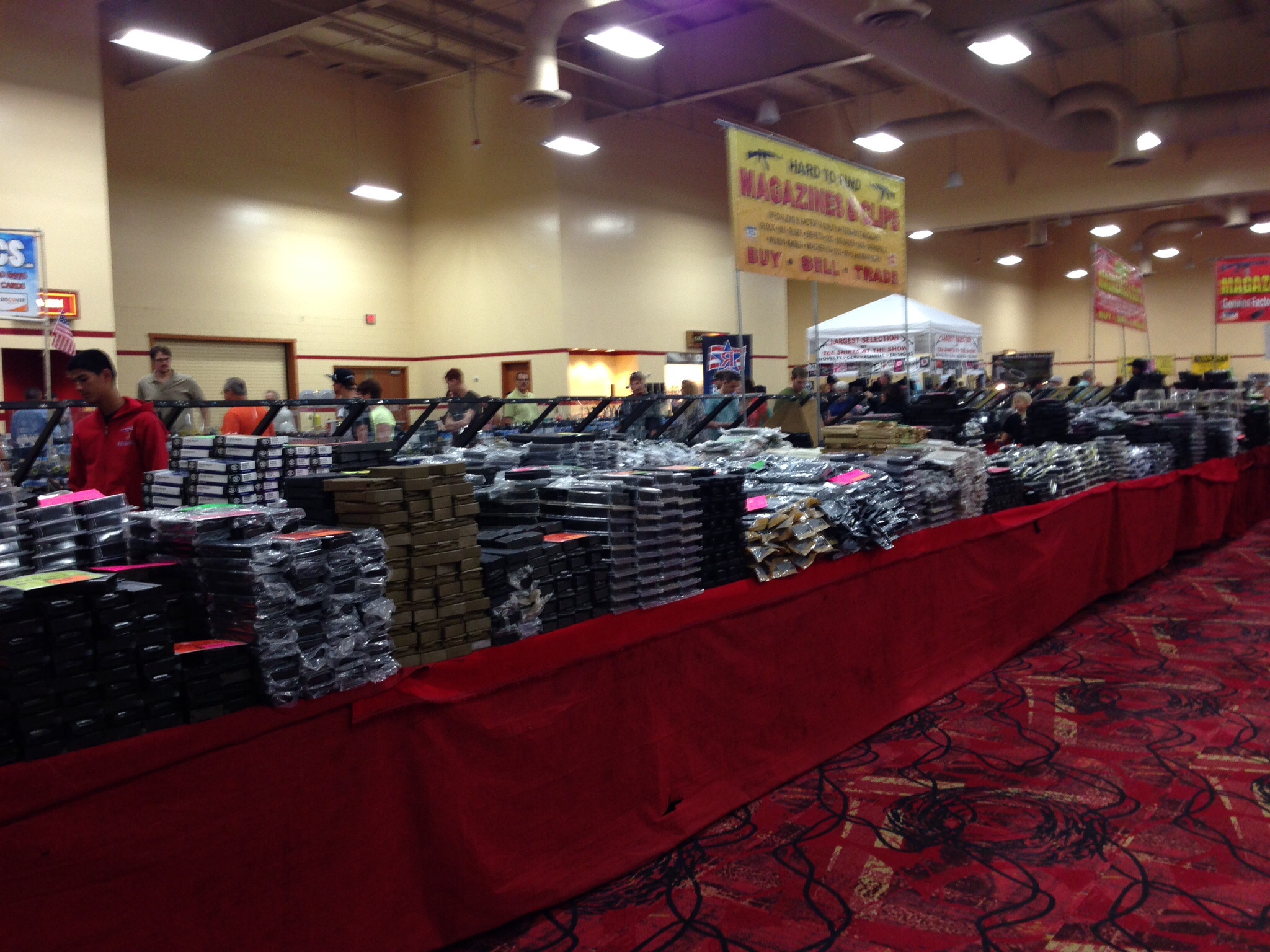 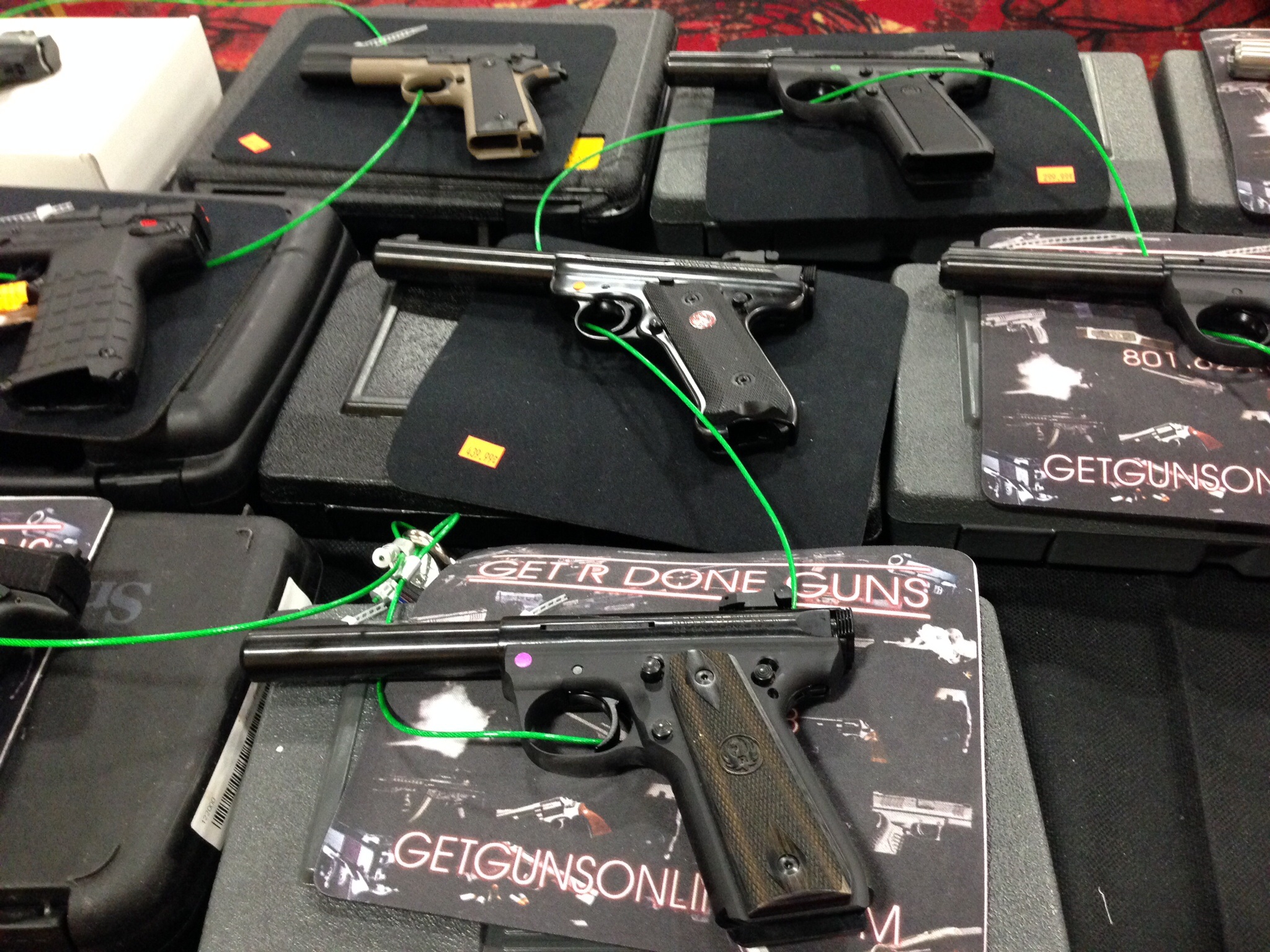 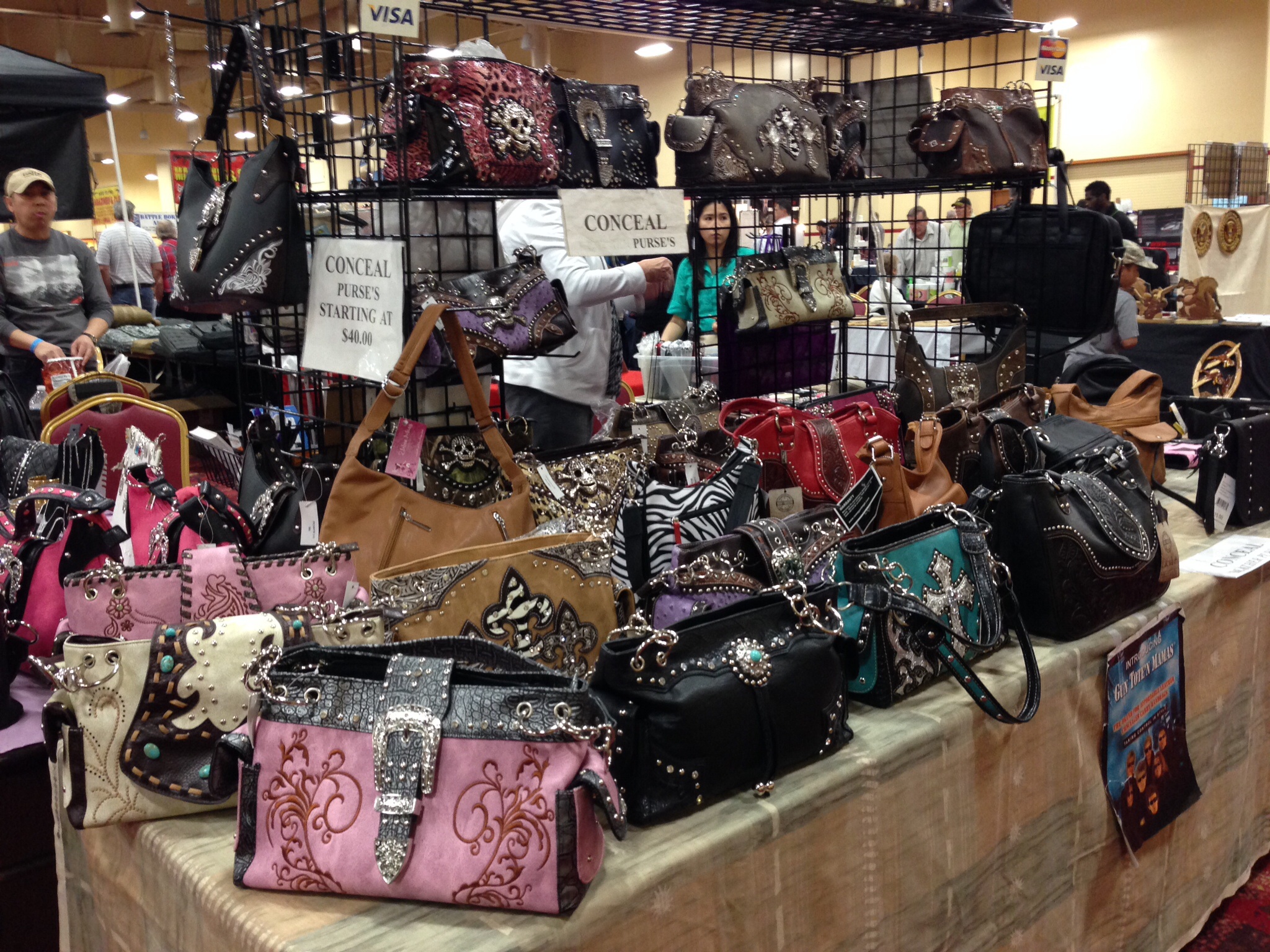 Why do concealed carry purses have to be so ugly? And as a side note, I am now somewhat alarmed at how many of these sorts of ugly purses I have seen during our travels! 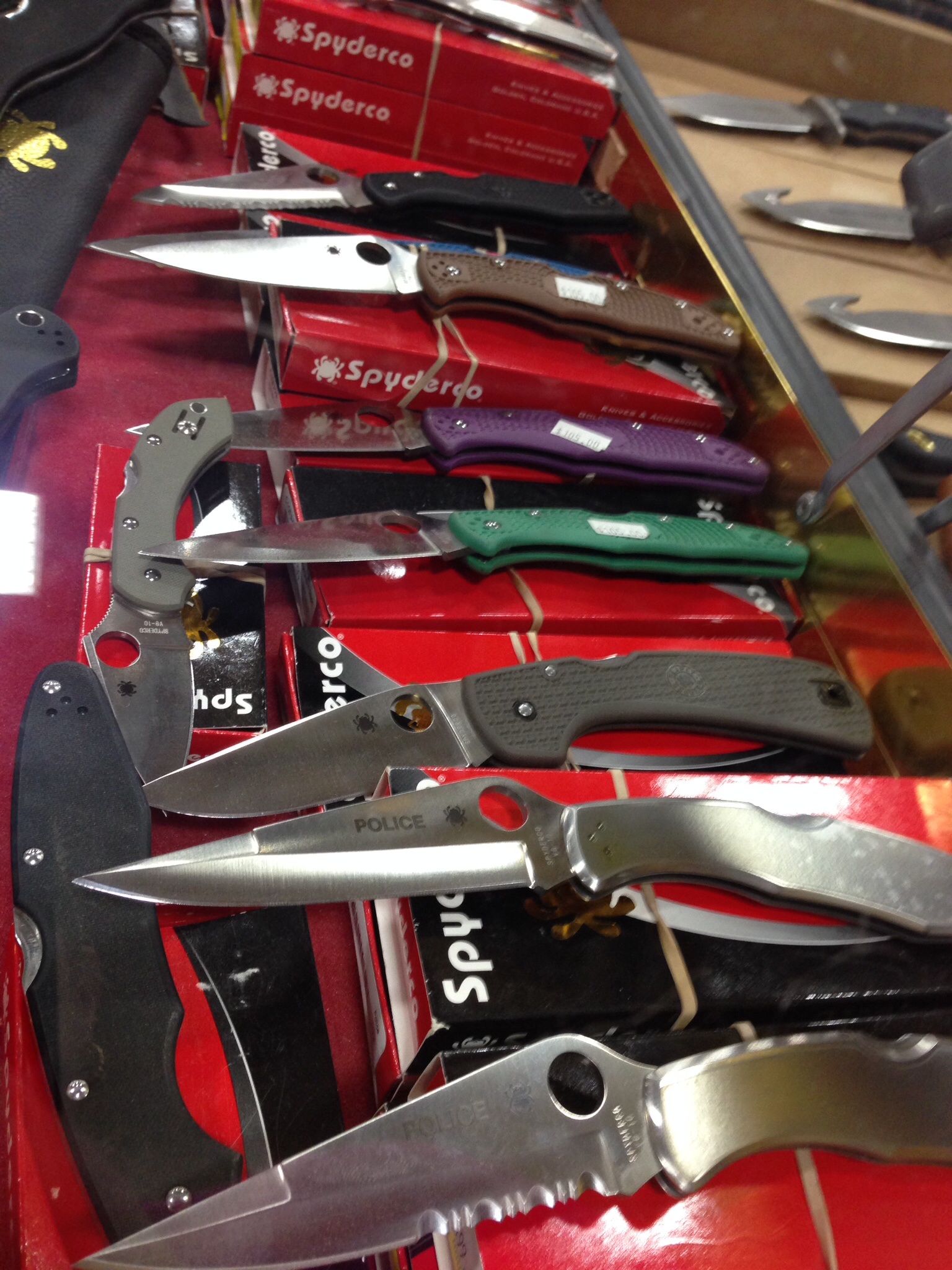 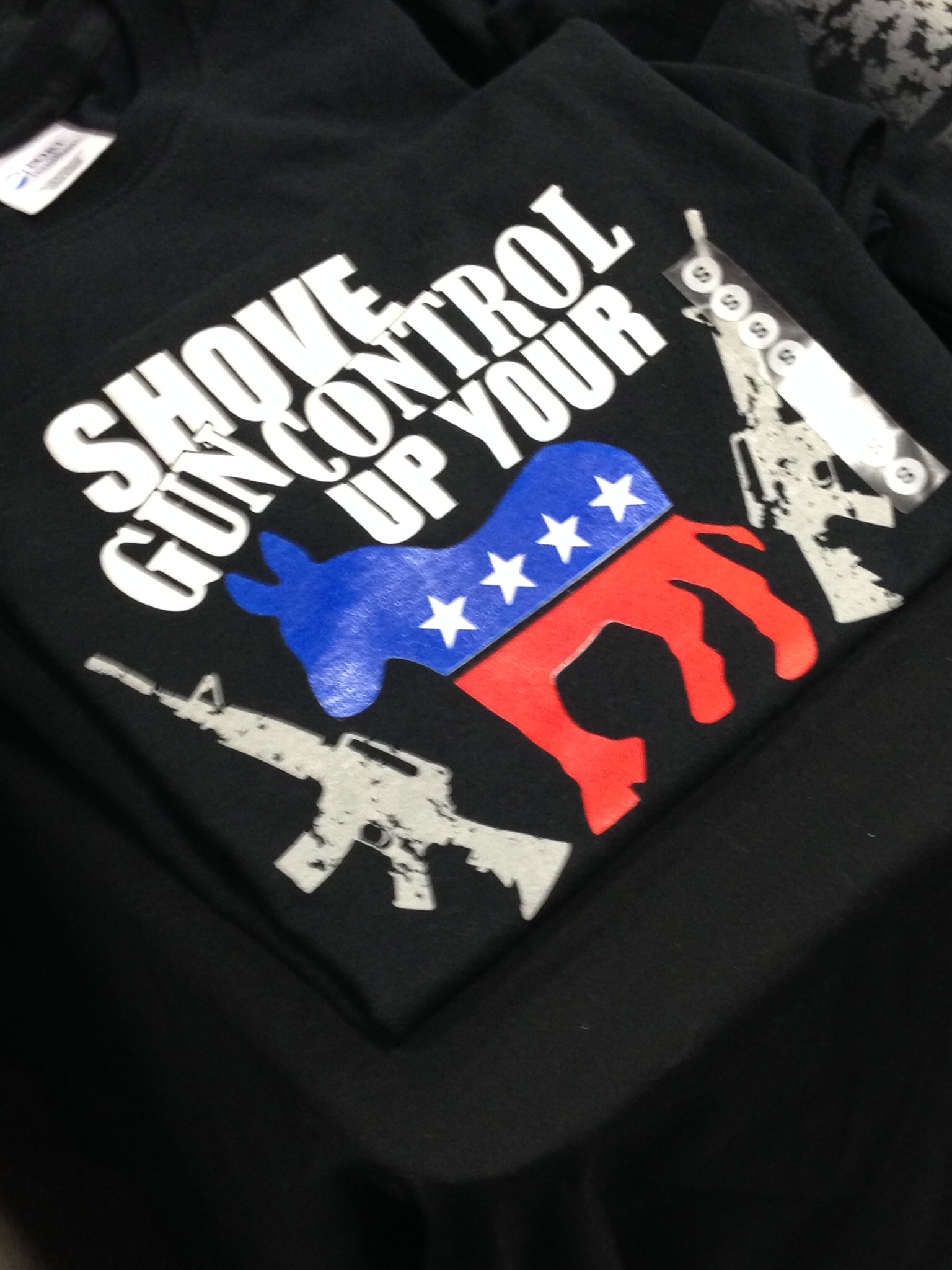 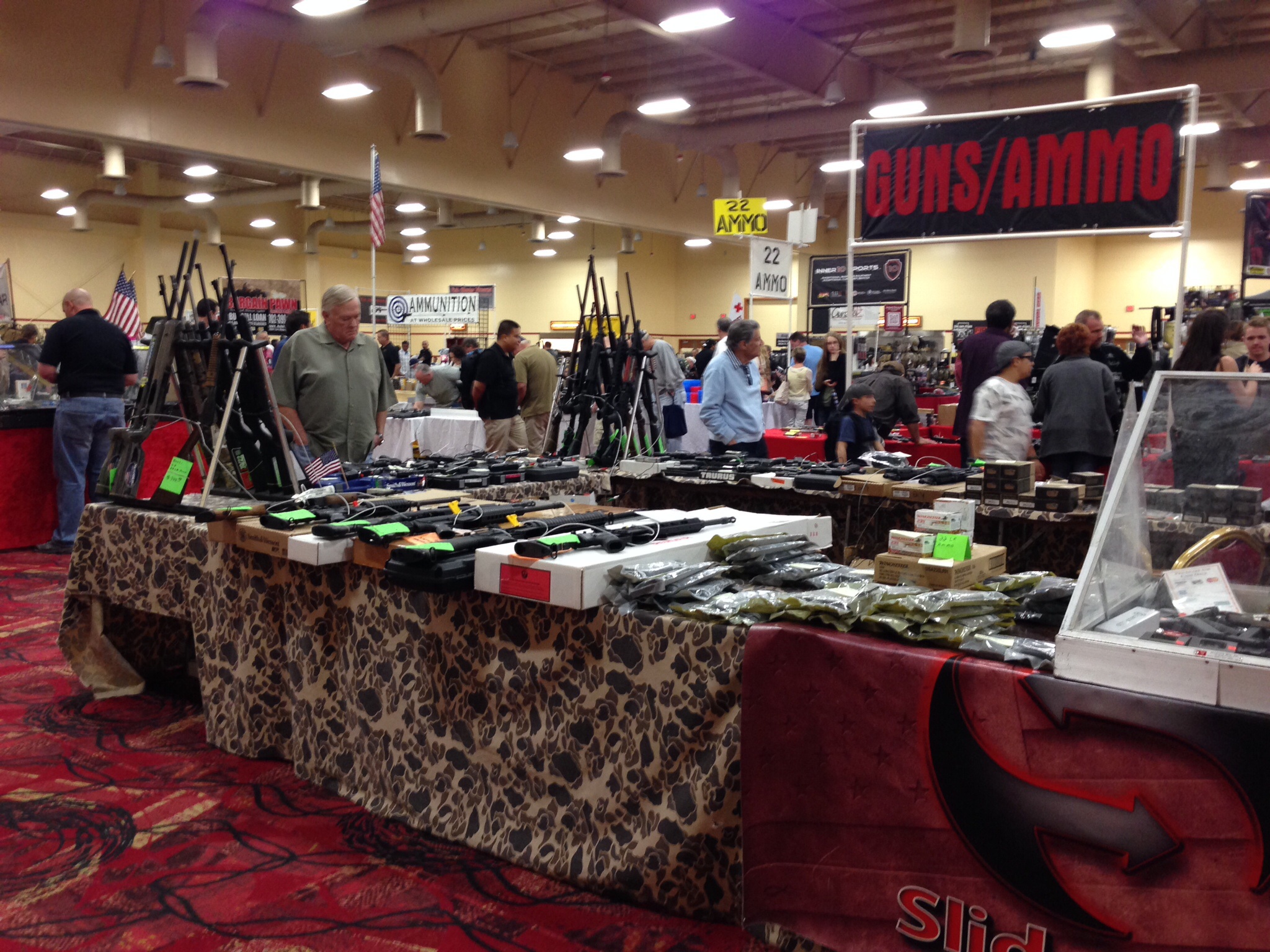 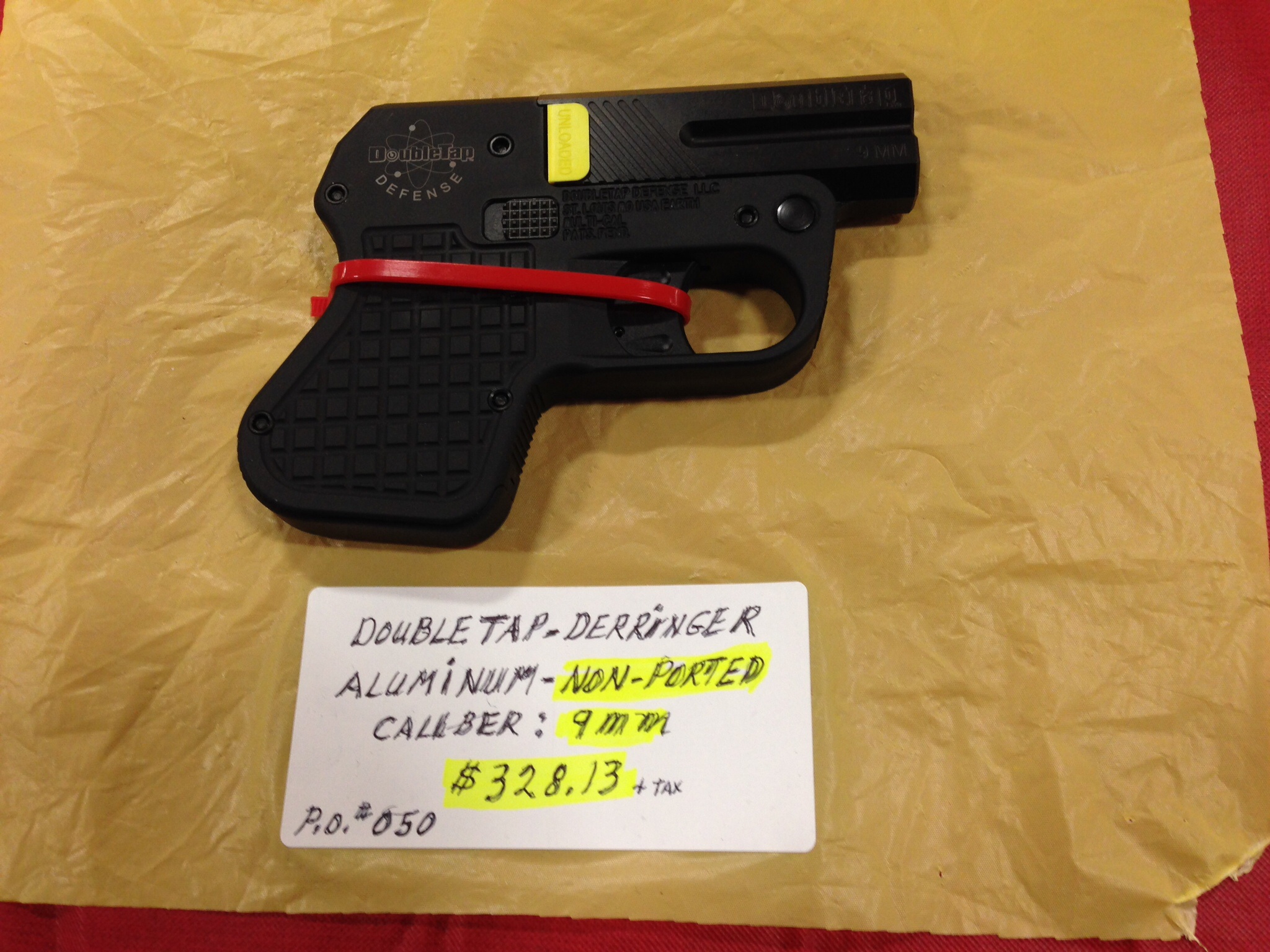 I’ve seen these little Double Taps in handguns magazines and on the interwebs, and thought it was an interesting concept.  Very neat and compact form, designed to be as flat and concealable as possible.  Of course because they are not legal or available in Australia, I had never seen one or handled one before and as soon as I picked it up I thought, ‘Urgh… feels like crap in your hand.’  Not because the make feels cheap and nasty or anything – it seems really well made and obviously precision manufactured, but it is not in any way shape or form ergonomically designed.  Even the guy selling them admitted they were a little gimmicky and the only people buying them were women wanting to put them in their purse without the bulk, or because they like the unusual design.  Apparently they shoot well, but they’re never going to sell well because they feel like crap to handle… even in my little hand, they’d feel worse for men. 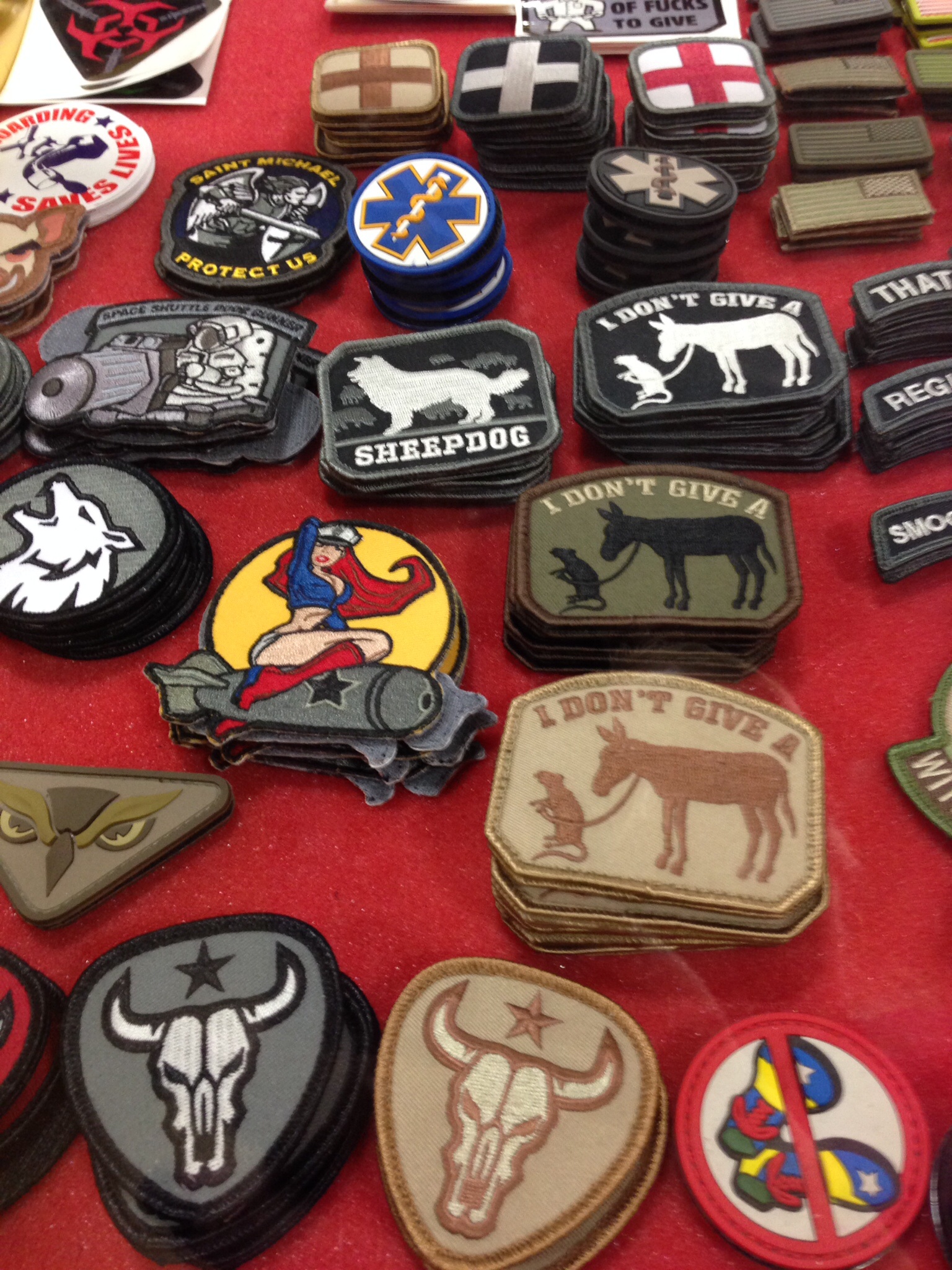 So, with all these cool toys in the room… ahem:  “I went to the Las Vegas Gun Show and all I got was this lousy ‘Merican flag card case.” Sigh… 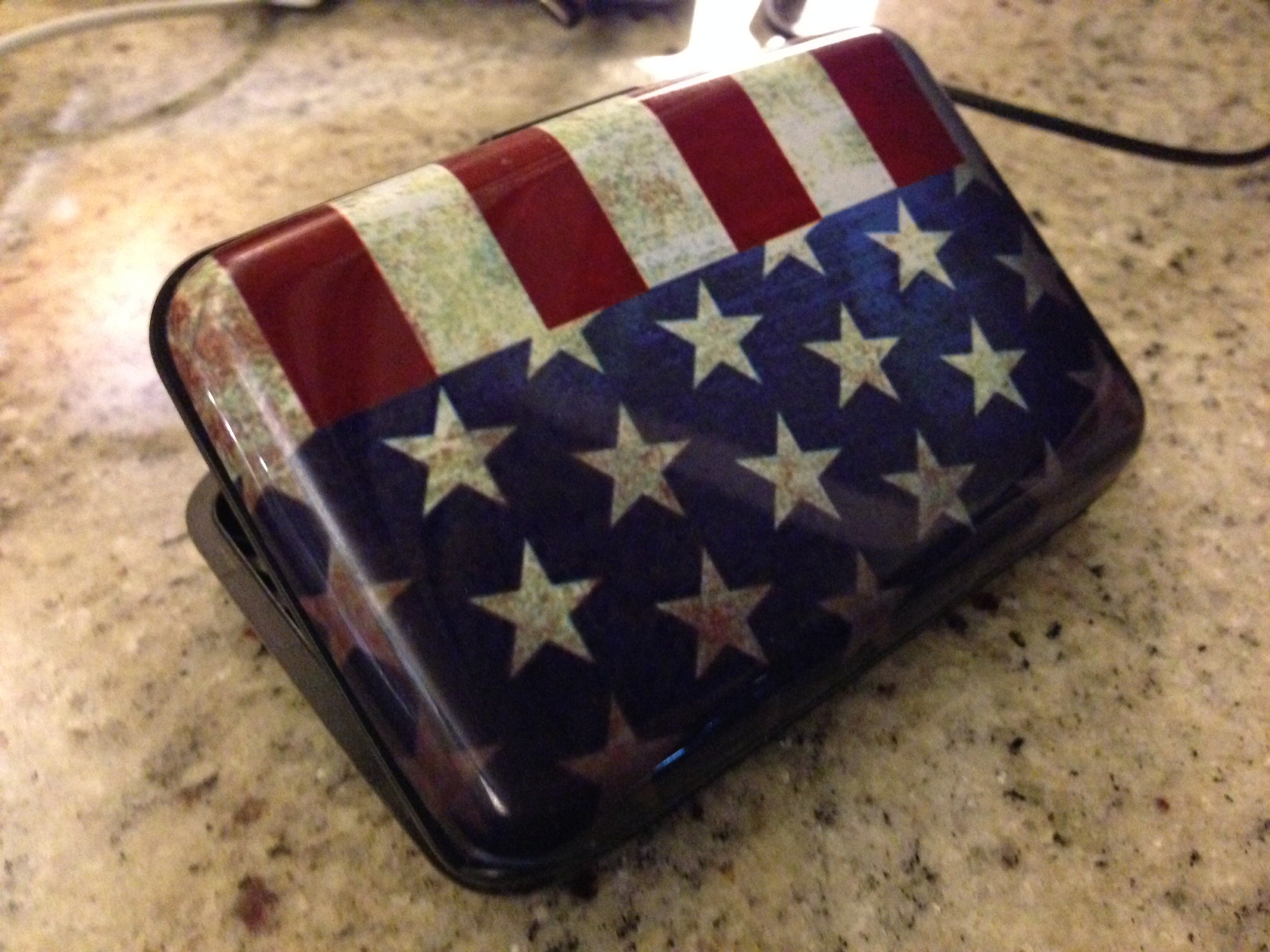