Do you have a friend or family member with whom you have this strange competitive thing going on, whereby you attempt to exchange the most odd/bizarre/tacky or just plain stupid present with?  Or maybe you have a perpetual present that keeps being re-gifted from person to person to person… and at any given point, someone is ‘stuck’ with the stupid thing. 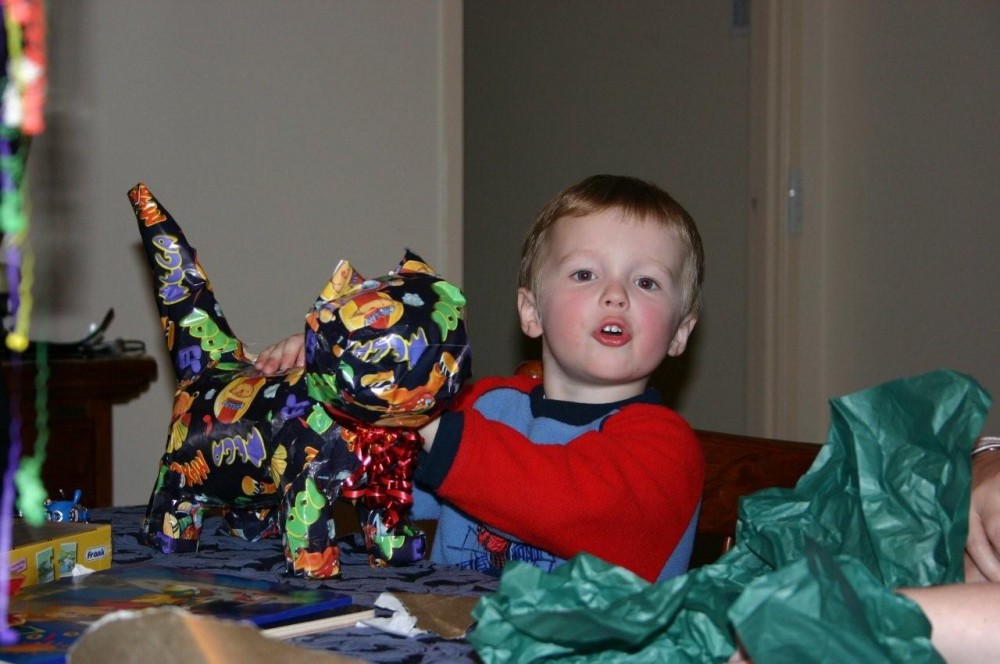 We have a tendency to do both thanks to a slightly off kilter sense of humour that runs in my family, and it is never so apparent as when it comes to gift giving.  There was the time that Surly wrapped up a stuffed cat for the Small Child for his birthday…  And the time that we took a large unwieldy and unattractive pottery ‘pod’ thing, that some well meaning friend had given my mother, and regifted it to my younger sister 250kms away, who then regifted it to BigSal who then regifted it to us, then it was regifted back to my Mum and it was supposed to be regifted to Edouardo up in Atherton, but no one every figured out how to ship the stupidly big thing!  😀   Then there was the time I spend hours search for the perfect black velvet painted Elvis for BigSal for her birthday, and somehow ended up giving her a weirdarse Sadler teapot instead!

I mean honestly, our fall back position for people who don’t hand over decent gift ideas for Christmas presents, is to frequently threaten them with a footspa!  Because, well, everyone needs a footspa like a hole in the head!  But I digress…

This year I was trying to find MrK a Christmas present and was absolutely 100% out of ideas, let alone decent ideas.  Then I happened upon this while out shopping one day:

And I thought to myself… MrK would LOVE that!  It’s exactly what has been missing in his life  😀  And of course, I would win the Single Use Appliance Christmas Present War this year with a Rollie Vertical Egg Cooker like this!  Sheer brilliance!  So after much deliberation (about 2mins 10 secs), I decided to give him one for Christmas – thinking it would either be awesome or end up gong back to the shop as soon as the stores re-opened. 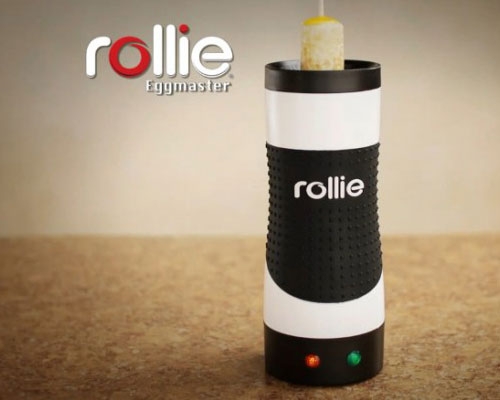 Well, Mr K opened it and looked at me with the ‘Umm, err thanks’ of beguiled gift recipients who aren’t sure if someone is taking the piss out of them or not, familiar the world over, thanked me for the unusual gift.  But then someone incredible happened… he tried it out and LOVED it.  And it has then been quick and easy and no clean up Rollie Eggs for everyone ever since. 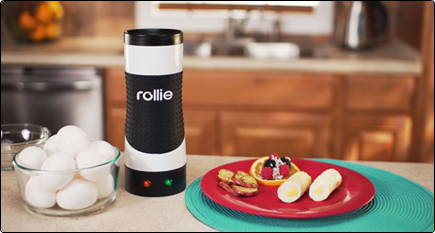 I was gobsmacked, the ridiculous half joking present had indavertently turned out to be a success .  But wait… there’s more!  He told everyone at work that he had bought his wife a new iPad Air for Christmas and that she had bought him a Rollie Egg Cooker.  Which apparently piqued their interest (either that or he is one helluva salesman!) because suddenly everyone at his work wanted to try it out.  So he was going to take his Rollie Egg cooker to work and I went ‘Meh, I will go get you another one and you can have Rollie Eggs for lunch’.  I managed to pick one up and then Mr K had to spend his monrings for the following week showing everyone how to make Rollie Eggs! He had people from other divisions turning to cook vertical eggs and eventually people from different floors deciding they loved the Rollie Egg Cooker.