I had a little chat conversation at about 7:30 in the morning a couple of weeks ago that went something like this:

Yale:   Wow, that is expensive just for the shipping.
Borys:  Huh?  What’s expensive?
Yale:  You said earlier that it costs $100 to ship that lens you want… read back up. 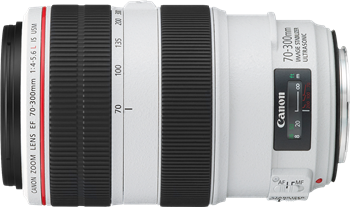 *scrolls up*  … discovers that I had sent a message about an hour and a half earlier saying that the camera lens I had been coveting (a Canon EF 70-300mm f4-5.6L IS USM Lens) was going to cost $100 to ship and that I thought that was ridiculously expensive.

Borys:  OMG.  I bought it!  Not only did I buy it, but I had the wherewithal at the time to search for a discount code and got 30% off the shipping cost.
Yale:  lol.
Borys:  I also bought a Canon 2x III multiplier/extender too  🙁
Yale:  Really?
Borys:  According to my confirmation email… checked out with Paypal and everything, so didn’t even have to find my credit card.  FFS.

Okay, this is getting beyond a joke.  We’ve been saying for ages that I need to have my credit card taken away, but obviously even that ain’t gonna help!  Not only did I spent about $1600 in the early hours of the morning and have no recollection of it barely two hours later… I bought an extender for $385.00 that is NOT compatible with the lens I ordered.  Never fear, the extender has been offloaded on eBay for a slight profit already, but yep…  that’s right I ordered the wrong damn thing.  I read the details on the screen in front of me and I think all I saw was that it was ‘compatible with L series lens’ and a long list of which lens it went with, and only after receiving the stuff in the mail did I have a better look at that list and realize the EF 70-300mm f4-5.6L was not on the list!

Sigh… Goldfish have probably got a better memory than me at the moment!  Thank god, Mr K has a sense of humour about these things…