What’s worse than being in pain all day?  Well, the answer is, being unusually fatigued or overtired and therefore unable to COPE with being in pain all day.  Which means that my getting at least 5-6 hours of unconsciousness each night is dreadfully important.  Not just to me, but to the people around me should they wish to avoid being verbally eviscerated by mid-afternoon (for infractions real or imagined) because I’ve completely depleted what little energy I have in attempting to ignore screaming back pain all day.  🙁

This is why my idiot neighbours playing loud music at 3am is not just a selfish act lacking in any consideration for those around them, but for me personally is completely unacceptable and likely to lead to unnecessary disharmony in my own household. It was completely quiet when I went to bed at 11:30pm and I can’t believe they were playing music loud enough to break through the Valium haze and rouse me at 3am.  I vaguely recall a desire to call the police, followed by an impulse to go look up the required phone number to do so but these compulsions were sadly quelled as I was finding the task of turning the doorknob to my bedroom door rather difficult, so I rapidly abandoned that idea in favour of taking another Valium and desperately hoping to get back to sleep. 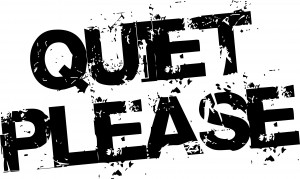 I’m damn near convinced there’s something insidious and illegal going on next door.  For when they aren’t yelling abuse at each other, they’re so deathly quiet… like they’re desperately trying to hide and not bring attention to themselves.  There’s been incineration of God knows what in the back yard, also carried out in eerie silence; strange smells of burning chemicals or plastics wafting through my living room and smoke alarms allowed to go off unattended for several minutes. (I can only imagine one has to secure one’s gas mask and ‘cooking’ equipment before one can attend to an annoying smoke alarm).  But it seems to be one extreme to the other.  Hurling abuse at each other over the tiniest of things (“No! I said put the fuckin’ pot over there you fuckin’ fuckhead, not there you fuckin’ dickhead, why wouldya put the fuckin’ pot fuckin’ over there, ya cunt?) or the deathly silence which I am beginning to think masks illegal activities and signals a desperate desire to fly under the radar.

Nevermind, I shall be prepared for next time there’s loud music in the wee hours on a school night and will have a suitable number on a sticky note somewhere for the Qld Police to register a noise complaint.  Though I can just imagine how that conversation would go.  “Hello? They’remakingnoise. Makethemstop. Toomuch noiseso I can’tsleep ‘nd the drugsaren’t helping,”  :S