About ten years ago, I was managing a seminar for one of the best trainers in the world. There’s an exercise called Secrets. The room is darkened and then everybody in the room, including most of the staff, has to put their hands over their eyes, or put their heads down on their desk.

Then the trainer goes through a list of questions.

“If you have ever … raise your hand.”

Because I was the course manager, I had to keep my eyes open to make sure the room stayed safe. So I was able to see how many hands went up for each question.

There are things people carry around inside, a lot of hurt and guilt and shame and fear, but there’s no safe place to unload those feelings, so the exercise allows some relief. The participants get to keep their secrets safe, but they get to acknowledge that they are holding these things that keep gnawing at them — they get to own that part of their identity.

This particular time, however, when the trainer asked questions about abuse, about rape, about violence — nearly every woman in the room raised her hand.

Observing this for the first time, I felt tears running down my cheeks because of the level of pain in the room. All those pale hands, silent in the dark. A testimony of unspoken hurt. I felt my chest tightening and my heart pounding — I felt myself getting angry, as angry as I felt when my son finally confessed to me how he had suffered at the hands of an abusive foster-parent. I wanted to find the perp and hurt back.

But no — all I could do was remain a silent witness. Stunned and horrified.

Later … much later, when the trainer and I went out to dinner, I had to ask. “Is this normal? All these women?” He said, “Sometimes it’s worse.”

Ever since that moment, I have had to look at women differently — with the knowledge that I am living among a population that is very much carrying a burden of oppression — not unlike the Jews in Nazi Germany, not unlike the slaves in the pre-civil war south. Not unlike so many populations here in this country and around the world.

White male privilege allows white males to exist in a bubble of ignorance and illusion. I have to generalize here, but I’m pretty sure that most men have no idea and even less understanding of just how steeply the landscape has been tilted — just how much (through our unconsciousness) we are deliberately punishing half the human race.

I have been simmering, smoldering, and finally boiling with anger the more I consider his words. I can’t get them out of my head. I can’t escape them. Despite my pacifist leanings, I still want to punch that vile bastard in the face with a jackhammer. Words are insufficient.

And if I’m feeling that way, I cannot imagine how the women who have heard those words are feeling. This isn’t a once-in-a-while occurrence. This is … just another Tuesday.

Sidebar: There’s a story about the filming of Django Unchained — that Leonardo DiCaprio was having trouble with all the racist language he had to speak. He wanted to apologize for it. But Samuel L. Jackson (allegedly) said, “Hey, Motherfucker. This is just another Tuesday for us.”

Well, I’m tired of Tuesday — and the rest of the week as well.

But it wasn’t until that moment in that training room that I realized what a pernicious vile crime against women we have allowed in our culture.

Women alone will not be the solution here. It is up to men, good men, strong men, compassionate men, to draw a line in the sand and redefine what it means to be a man — and that can no longer include the reduction of women from their rightful place as leaders and partners in our society.

Trump is only a symptom. The real disease still festers in the rest of us. 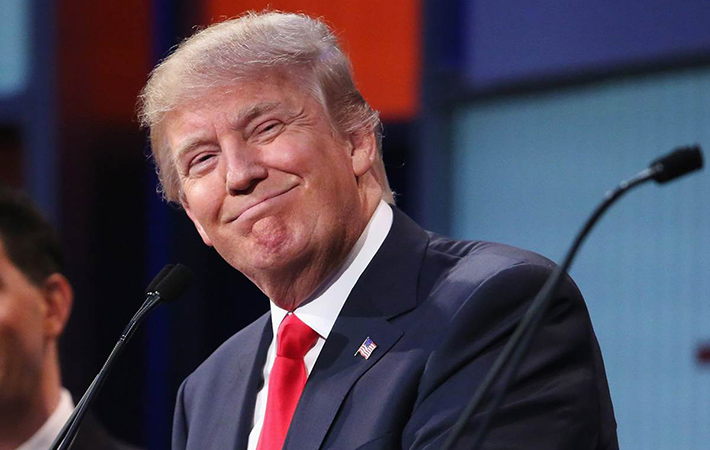 (via David Gerrold on FB)