So way back when I was a sweet and innocent young thing, I lived in London for several months while doing some photography work, and so coming back here this trip meant that I didn’t feel any overwhelming need to race around like a headless chook and see everything there is to see in five days or less. But I have noticed that while many, many things remain the same and no doubt thanks the the National Trust and the like, essentially will remain the same… there are a lot of things around here that are very very different. These are just a few of the little oddities that struck me as having changed – or indeed have not when you expect they might have – in the last 20 years…

The big one has to be … There’s no fucking traffic in London anymore!!! Used to be you couldn’t move in inner city London for the traffic, cars would be backed up for miles, going nowhere, and to turn a corner meant literally nudging your way into a sliver of space and hoping like hell the guy beside you will reluctantly yield enough for you to merge in. The congestion tax that was implemented several years ago, obviously works a treat, the streets are half empty, and 90% of vehicles seem to be cabs. 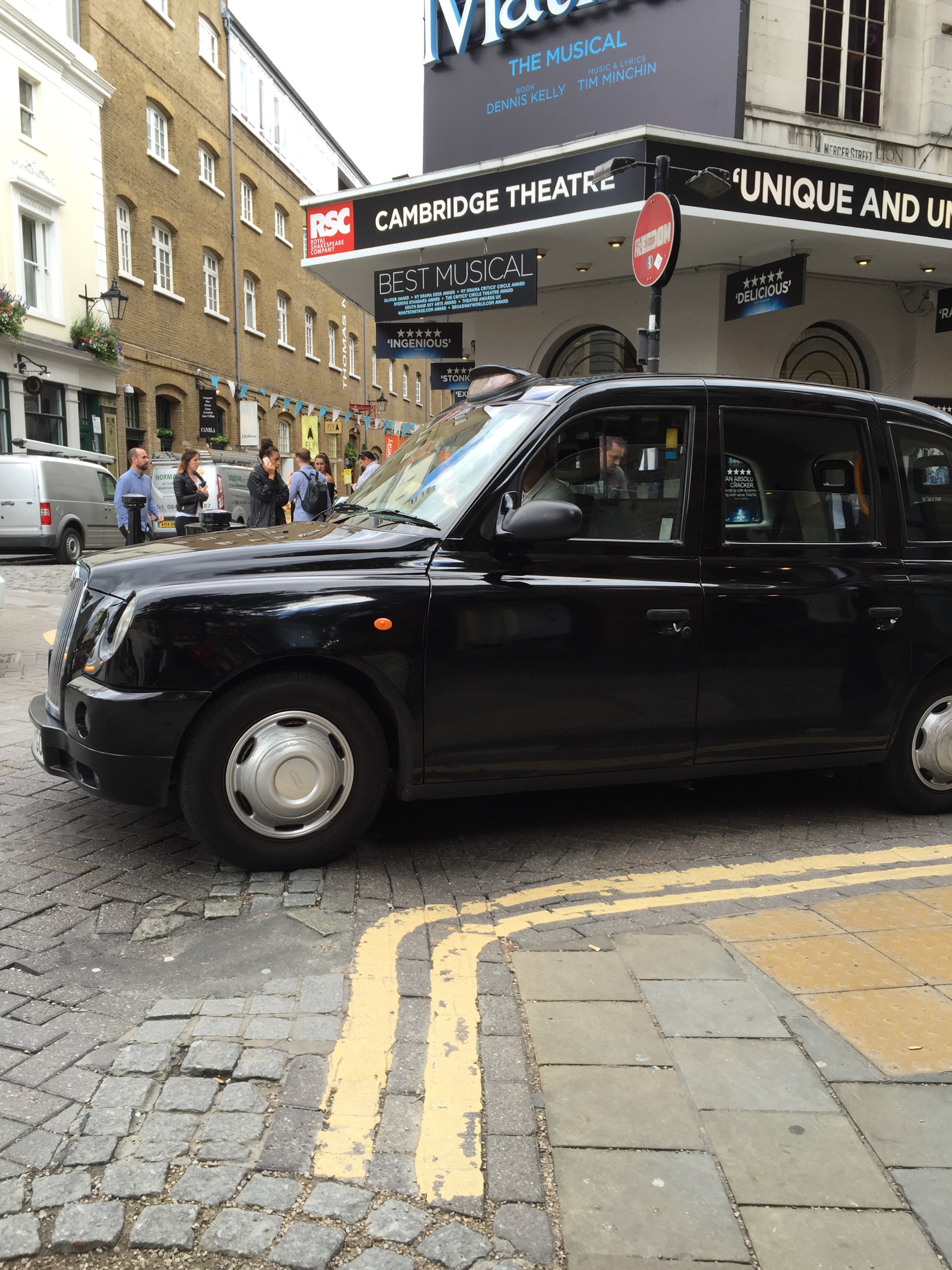 The downside – and there always is one – pedestrians have gotten a lot cockier. I noticed many people stepping out in front of cars when they would never had tried that shit in years gone by, and jay walking is just the done thing.

Speaking of pedestrians, there appears to be more pedestrian only areas in and around covent garden, down through to Piccadilly, which means you can get around a lot easier and it is far more pleasant than it was in the past. I like it, pedestrian malls always feel like they are reclaiming cities from the cars and giving the city back to the people. 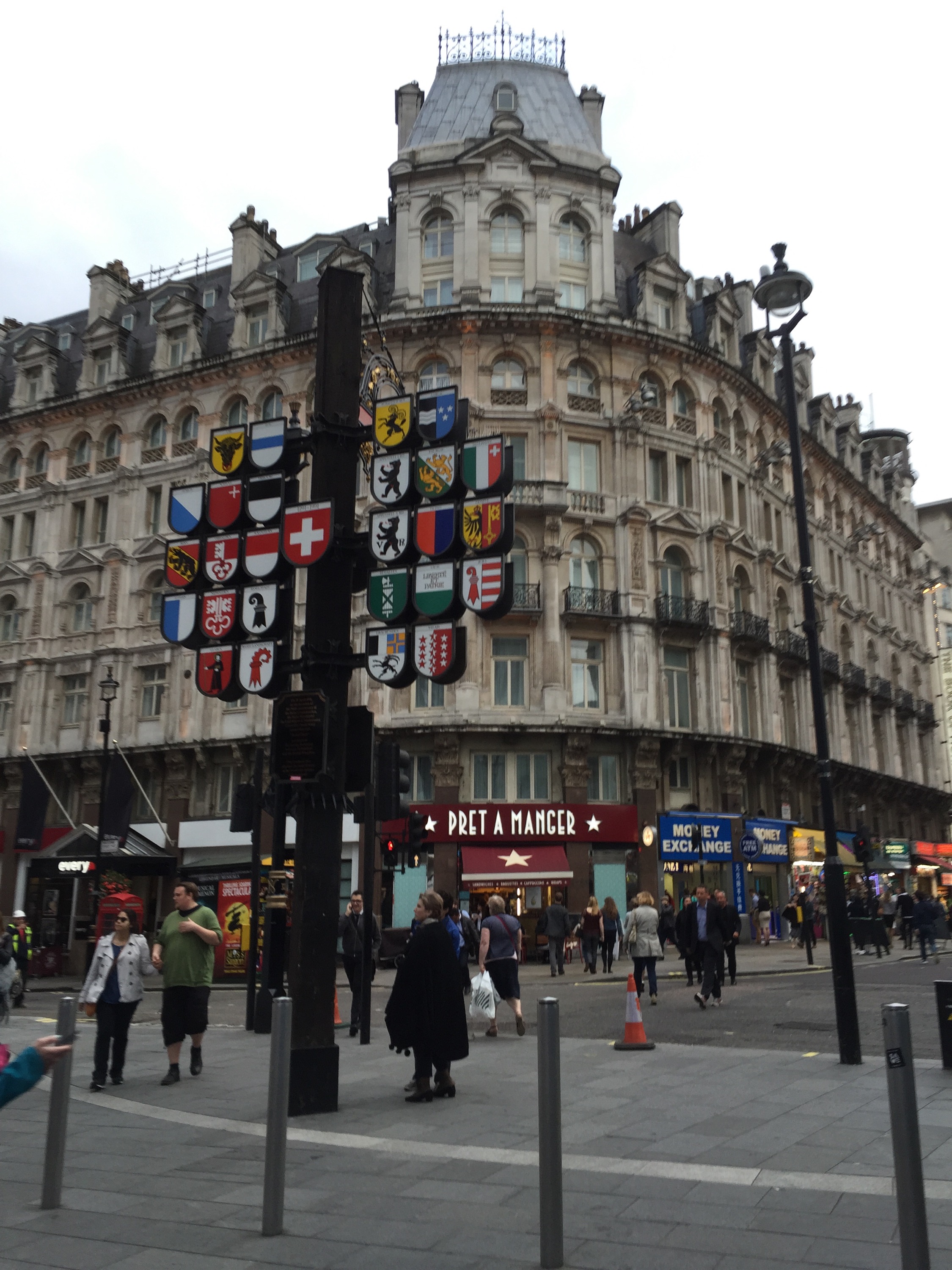 Oyster cards. The Oyster cards are much cooler and far more durable than old weekly paper ticket with the magnetic strip that would get torn in the ticketing machine or get demagnetised at the drop of a hat. But I gotta know… Why is it called an Oyster card? And why is it a boring blue travel card that could belong to any city? Why not a London skyline, or an Underground logo, or even a section of the iconic Tube map? They couldn’t have designed a more boring, less British looking card if they tried (though come to think of it, Japan’s Suica card, Hong Kong’s Octopus card and New York’s Metrocard are equally boring… there’s some missed opportunities here to brand your city – pay attention transit authorities!) 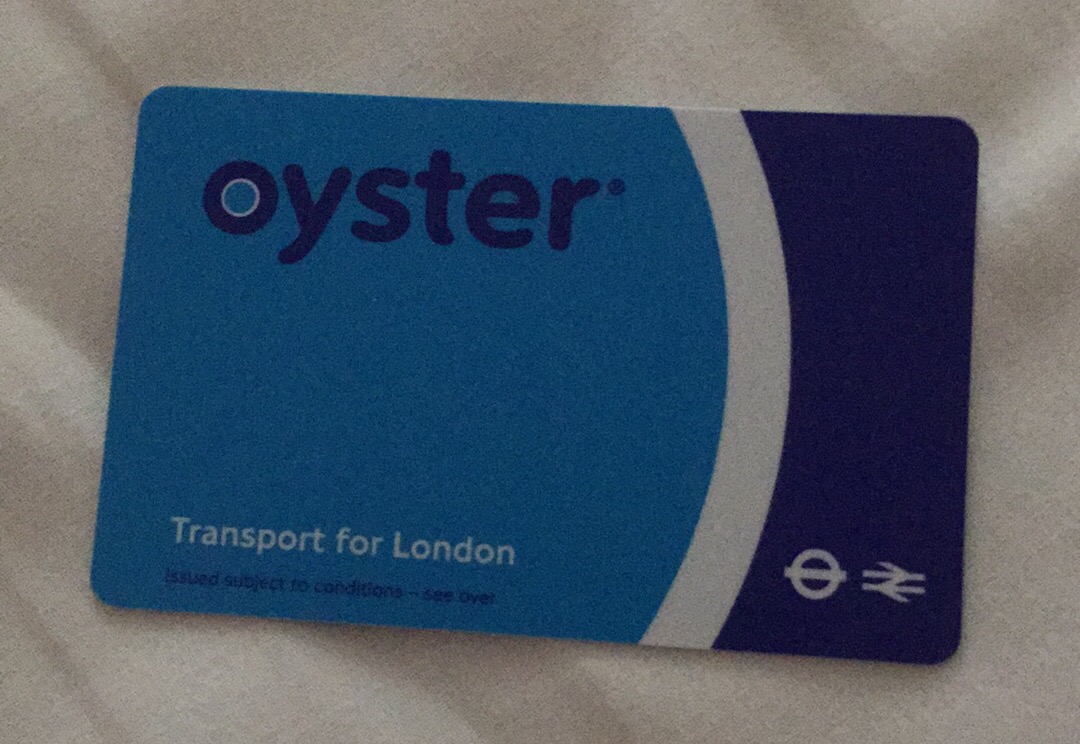 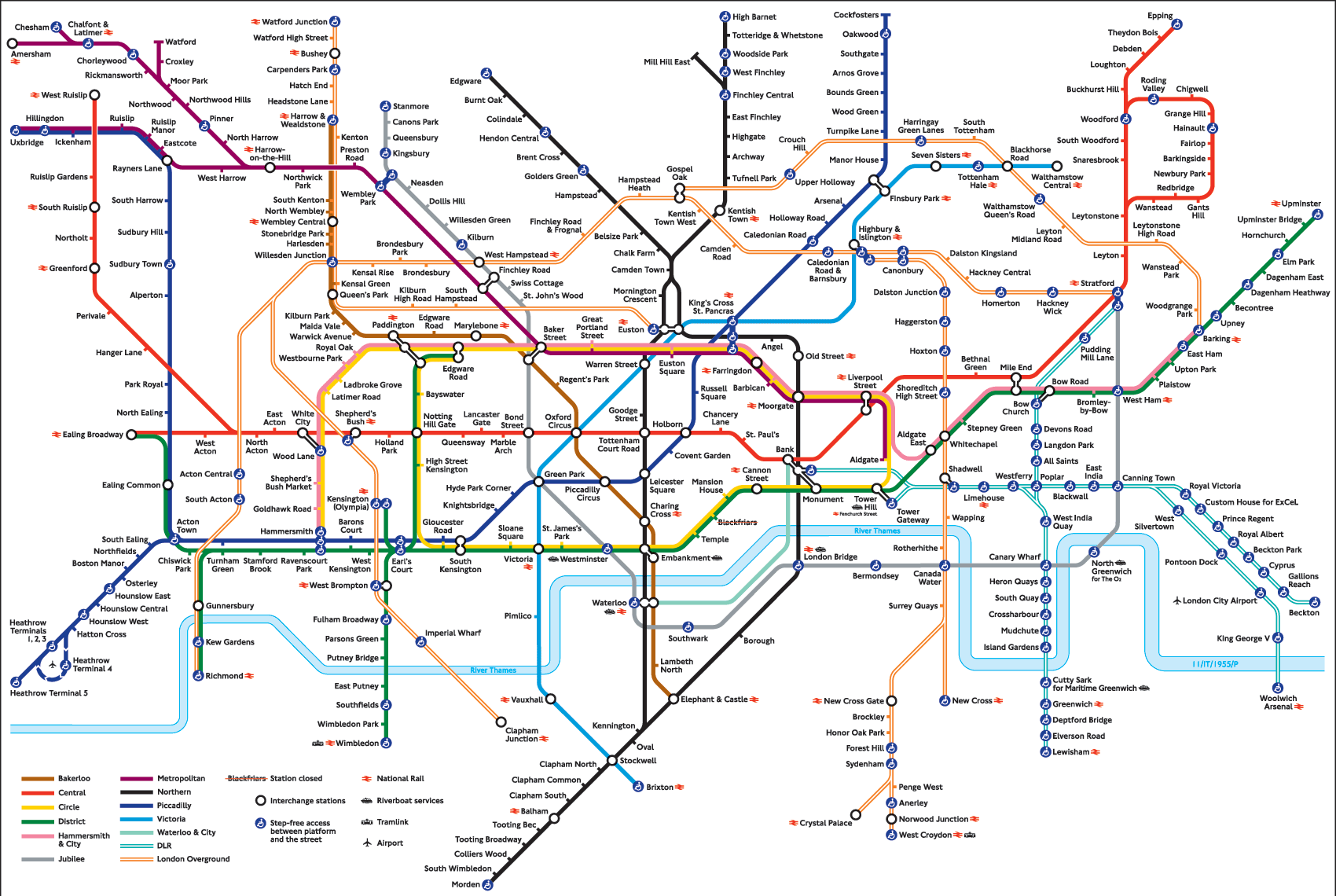 What else? Smoking!!! Wtf is with that? Everyone still smokes here. Admittedly not as bad as China, but surely in England you’ve all seen the memo, right? Smoking kills you, end of story. In China, you can well and truly blame extremely poor education still, but England, there’s no excuse. Can’t stand walking down the street in a cloud of second hand smoke, it’s time you gave it away guys. PS: I love you, Australia.

Something else I noticed was the crazy infiltration of chain eateries. Not the McDonalds and Burger King, though, those are here too, but in particular the Pret A Manger and Caffe Nero who try to look like they’re not necessarily a big chain and pretend to be healthy even, but are ridiculously expensive and have probably put a thousand small sandwich bars and coffee shops out of business. Starbucks is bad enough, but do we need yet another pervasive chain? Can’t we have something unique.

Souvenir shops have changed considerably since I was here last – they are no longer quaint little shops run by little British granny types saying, ‘Hulloo. Are ya right there, luv?’ No, now in the major touristy areas, they seem to be largely run by Pakistani and Indian men who have six or seven guys loitering around the store while you walk around feeling uncomfortable as they watch your every step. And for some reason, souvenir shops are also selling LOADS of mobile phone cases and have currency exchanges offices in the back. Oh, and they sell novelty condoms in these places now, though for the life of me, I don’t know why. 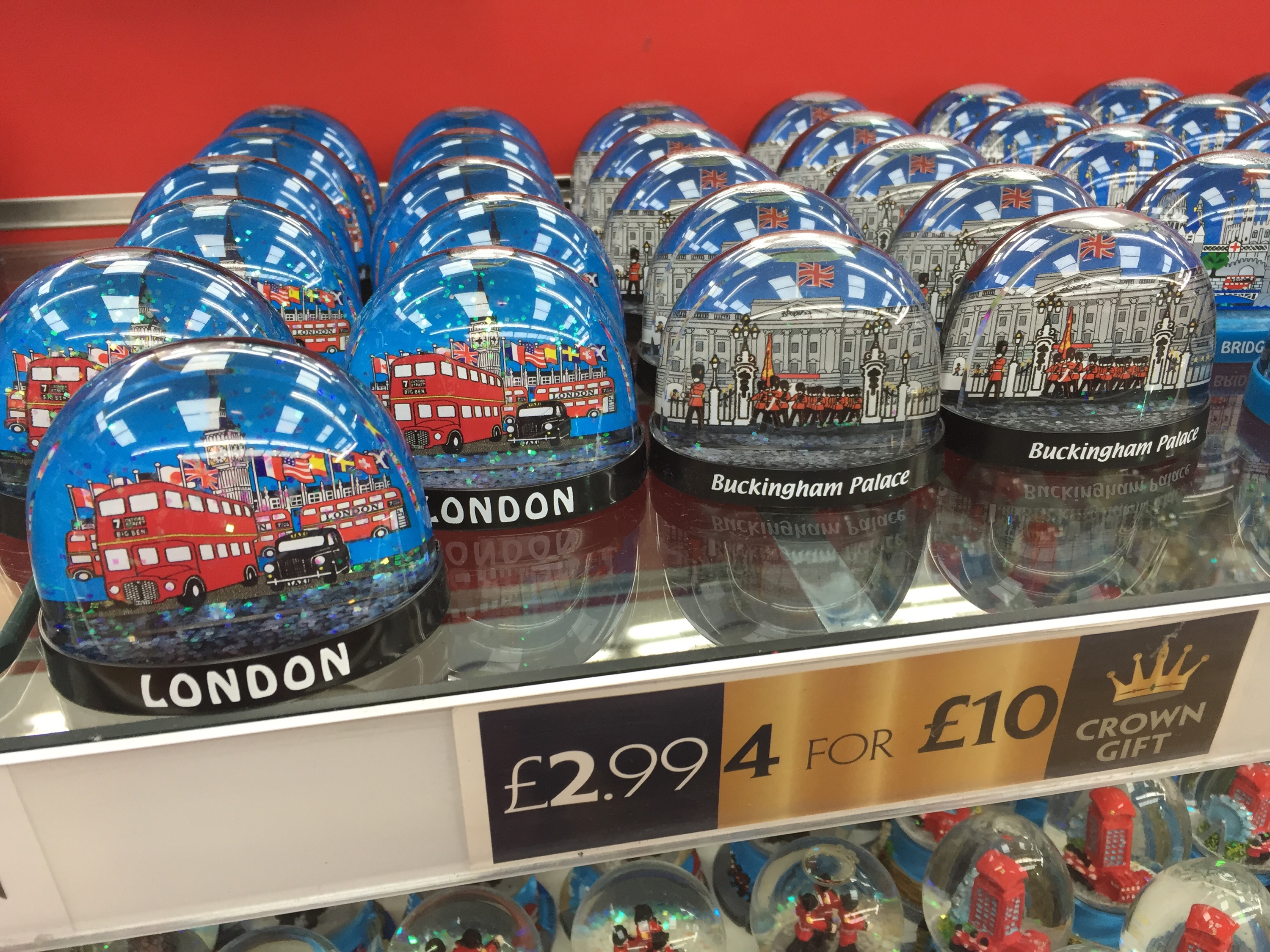 Bobble heads have almost entirely edged snow globes out of the tacky tourist market, but not entirely. Yet. 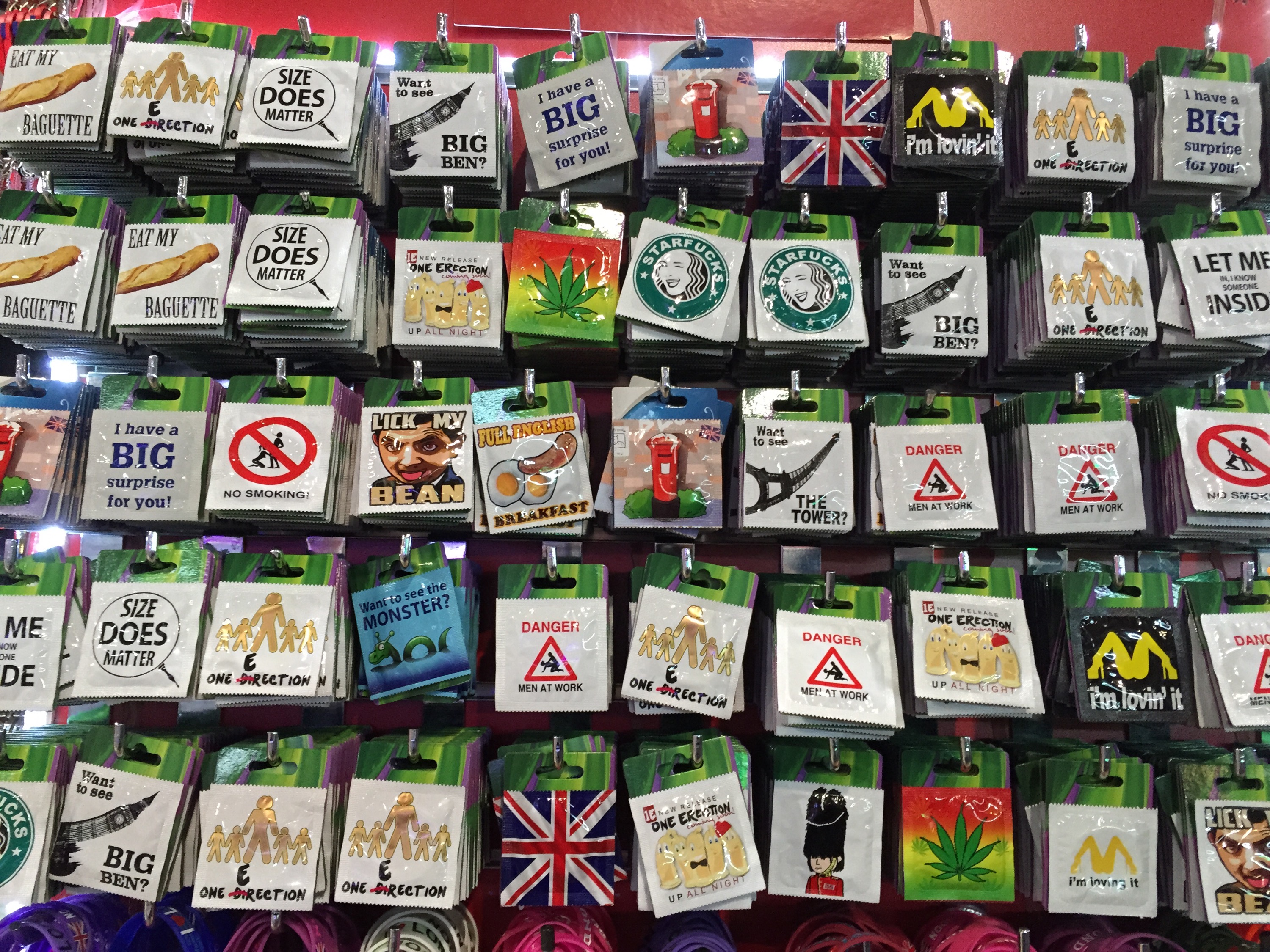 Rubbish bins are back! Yeah, didn’t see that one coming, but it was really noticeable, not just for the obvious reason – that everywhere seems just that bit cleaner, with a lot less rubbish being dropped about the place, but also… no more hunting forever for somewhere to dispose of that unwanted leaflet you just got given. Twenty years ago, the cop’s primary purpose was to look for and deal with unattended parcels, and there would be no rubbish bins in sight, especially not in tube stations or near pubs and restaurants. Now, it seems the cops’ (in their high vis vests) primary function is to stand around giving out directions to clueless tourists. Good job everyone – rubbish bins are awesome. So clean. 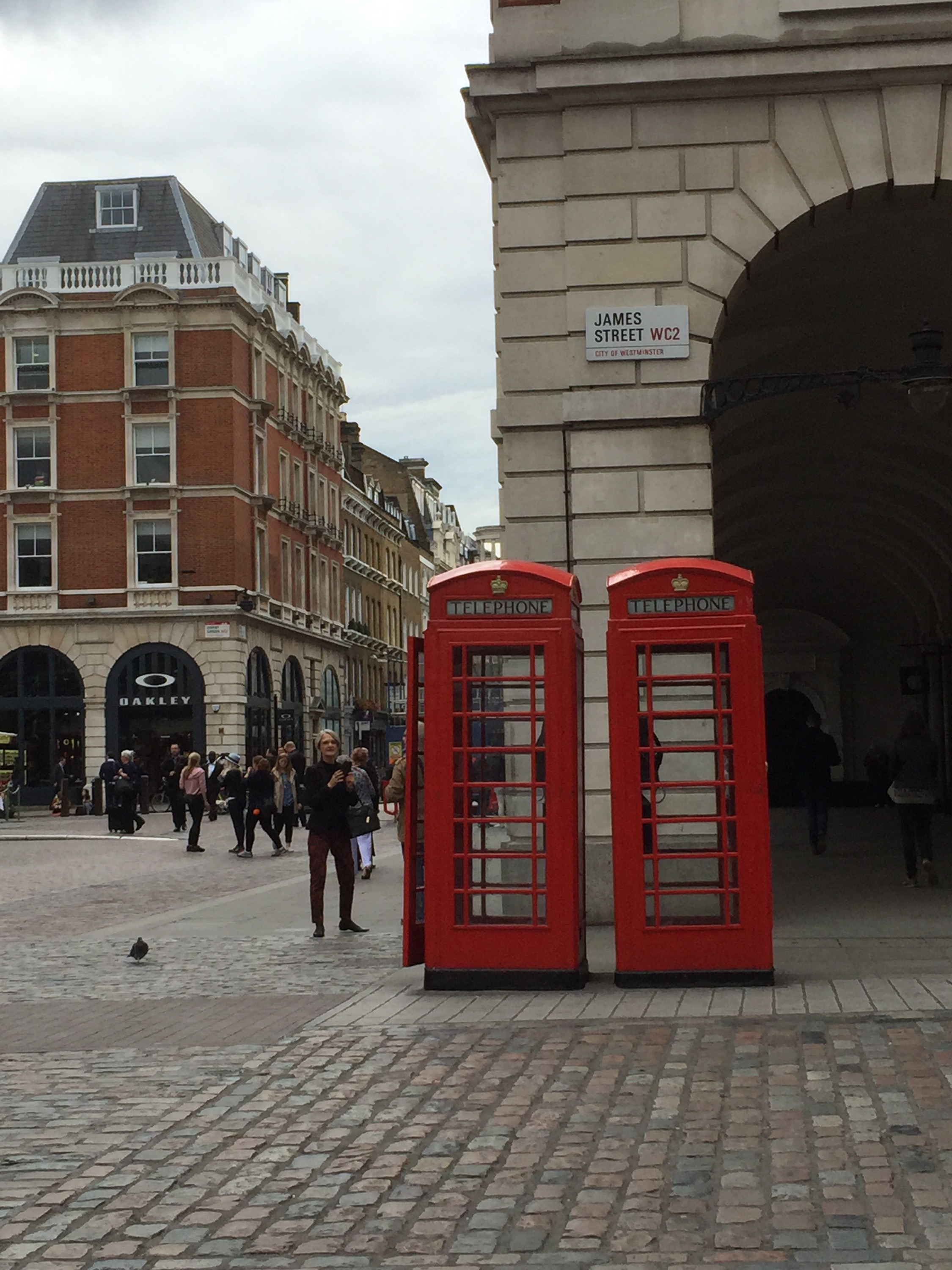 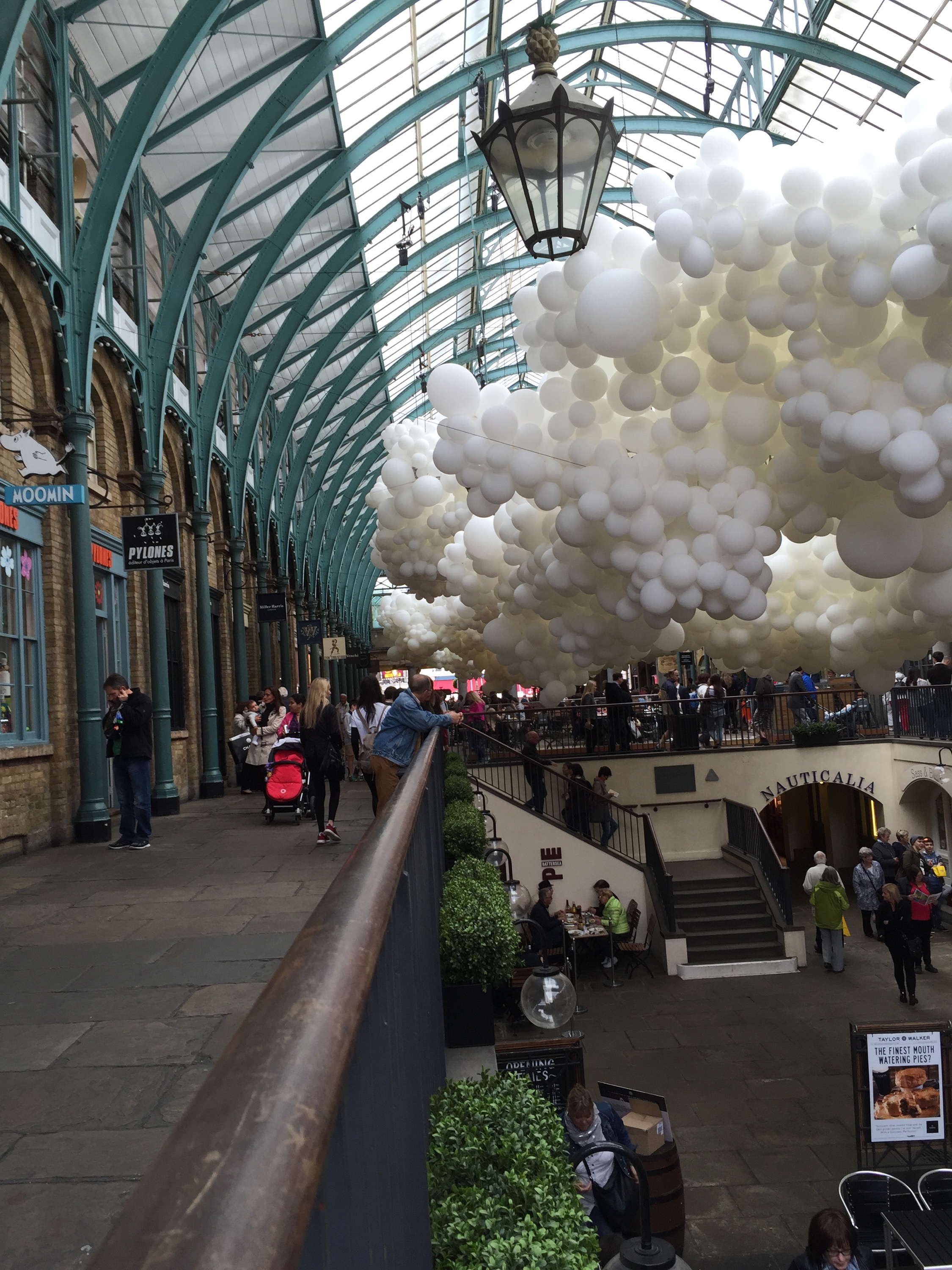 Errr… what else? People still don’t talk on the Tube. Of course. This is a vital and necessary unwritten rule for surviving living in enormous and busy cities like London. But I have noticed that instead of reading whatever free or cheap local newspaper that was available in the local tube station, no one is reading anymore – they’re all on their phones. Stephola tells me the Piccadilly Line is the only acceptable line to be smiling and engaged in conversation – this is largely due to it being full of people coming in from the airport travelling with friends whom they have not seen in a while, and it is only here on this one line where camaraderie and conversation is acceptable on the tube. Everywhere else must be endured with the traditional stoic silence and pretence of being alone while plunging into the crowded darkness. 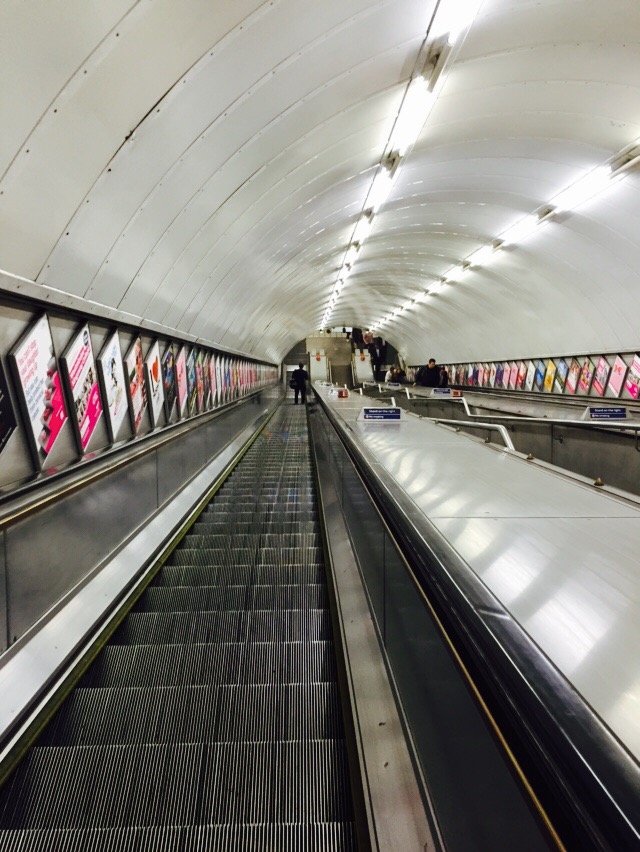 It felt very much as though there were not as many homeless floating around as there used to be, or if there are, they don’t appear to be begging as much as I remember. Not sure if this is because begging is proving to be less successful as people become ever more insular in their lives or if social policies have improved (*scoff*) to enable more homeless to have safe accommodations, but it’s just a general impression that I wasn’t being harassed as much as in the past.

Women seem to have gotten more sensible in London than once they were. They aren’t as crazy over the top dressed up as I remember. It seems that nowadays the jeans and boots rule the pavements, whereas once upon a time, everyone was wearing thin pencil skirts, tights and stupidly high heels that made you worry for their safety as they teetered over the cobbles. Oh, and huge enormous fake fluffy fur jackets. Perhaps we have the likes of Bridget Jones to thank for this terribly practical transformation towards the comfortable over the ridiculously fashionable, who knows??

Other than that, things are much as I remember. I love London and all her quaint little alleyways and lack of grid layout. 🙂 Though I do believe that pint glasses seem that have shrunk… either that or I am a much better drinker than I used to be!