All packed up and ready to go. Head to airport stupidly early, nothing like killing two hours waiting round for international flights. Got sniffed, as per usual. I think in their efforts to avoid stereotyping the people they choose for ‘random’ checks, they’re going the other way and choosing people who definitely don’t match the stereotype… ironically this kind of means that they’re just stereotyping a different group of people. In this case short blonde Caucasian chicks, to get their quotas up. All good, hadn’t been messing around in the safe.

Loving the Qantas club, it is really quite civilised, though I lament the awful food on offer – pathetic little pastry things masquerading as croissants, muffins that are too sweet for words and some type of flat cheese (Grommit!) that has no right being in an executive business type lounge.

Our flight was packed, and I mean packed. Not a spare seat anywhere. We had chosen the seats towards the back of the 747 which are in pairs rather than in triples. It is good to not be disturbing some stranger every time you want to get up and wander about, but alas I didn’t count on the people in front of us having their reading lights on for most of the flight and repeatedly putting their seats back and forward. So, no rest for the wicked, yet again.

Food was a little on the dodgy side too. Of the three choices for dinner, only two were available and of course it was the healthy choice option that was gone. At some point when people were just getting ready to go to sleep they came around with some pizza subs annoying everyone and again a couple of hours later with cheese and crackers… blah blah blah. Let us try and sleep and plane food sucks.

Arrival at LAX was as painful as being at LAX can be. The line up for customs was not too long, though the officious little people in their blue vests always seem to send you to the longest queues. The NSA border dude was actually cool for a change, was asking us about our holiday, advised us to look for a haunted swamp tour in New Orleans and making small talk… a huge cry from my first entry to the US back in ’98 which came with a “You do know you can’t stay on a holiday visa, right? You have to go home again when your visa is up.” To which, a very young, extremely over tired borys, inadvisably replied “I’m from Australia, why the hell would I want to stay here?” Oddly, that didn’t go down too well at the time. But I’m much nicer to the customs people now, especially while that Pakistani visa is still in my passport…

At LAX atm in the American Airlines Admiral’s Club lounge, and wouldn’t you believe it… you have to pay for your food here. I’m wondering what you get for your membership here, seeing there is not much in the way of snackage available and they give you a voucher for one free drink. Meh. Next stop Dallas. 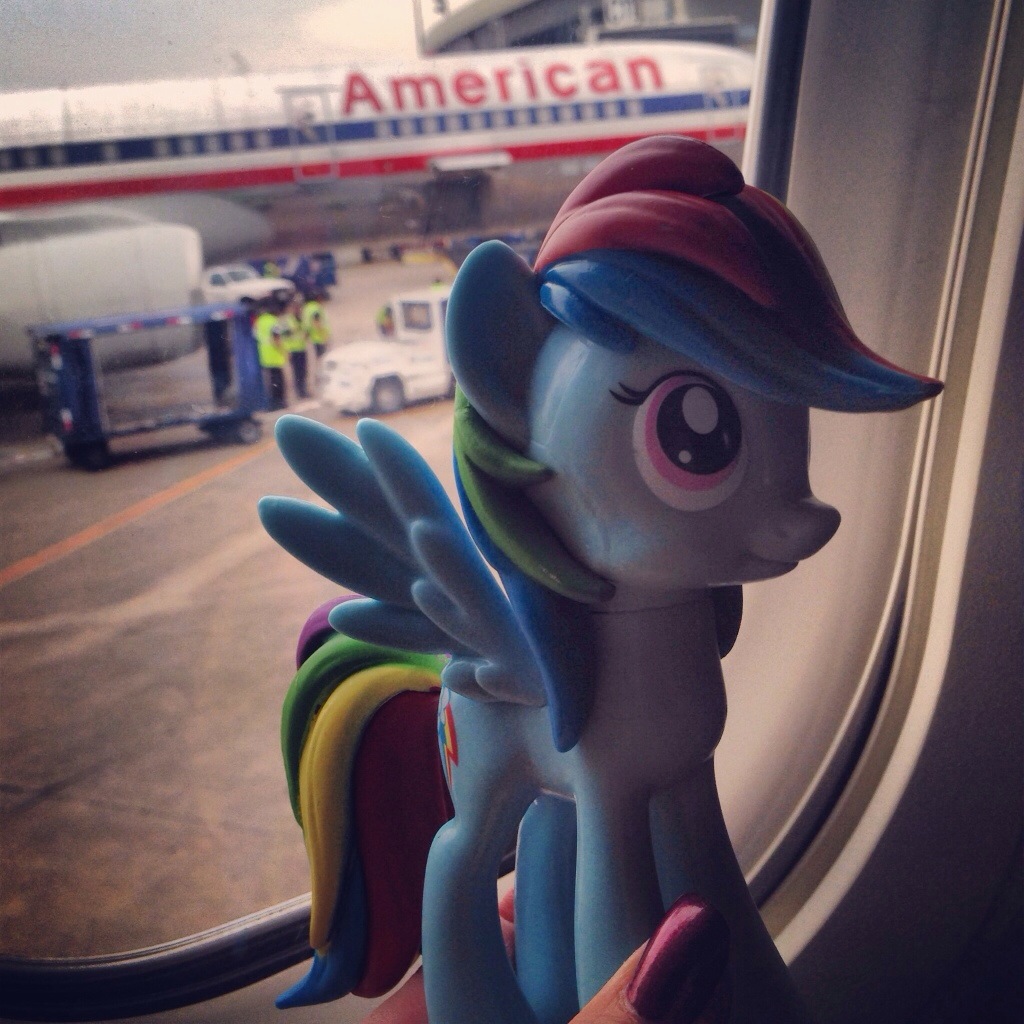 ‘Hello, this is your Captain, Jim Wonderful speaking…’ Captain Wonderful! No shit, there we were. Made me think of my brother in law – he’s the sort of guy who would go round wearing a name like Captain Wonderful. We had an uneventful flight with Captain Wonderful, though I still don’t understand why the inflight service on American Airlines don’t take cash, but are happy to let you put a $3.49 purchase on Visa… completely opposite of home with a lot of places with minimum card purchase amounts (well, mostly petrol stations, but you know).

Dallas airport is HUGE. I swear it’s like friggin’ Heathrow huge. We went on the monorail from where we arrived at Terminal D, and made our way around to Terminal A which was where our next flight was scheduled to leave from. Was about to get ourselves all settled in the Admiral’s Club but thought we should check out our boarding time (oddly not on AA boarding passes), only to discover we had a gate change and needed to be in Terminal C. Tripit would have told us this of course, but we had our phones’ cellular data turned off until we get some SIM cards. Back on the monorail and over to Terminal C… great little rail system, you can tell no one ever expects it to go as fast as it does – the voice over tells everyone to hold on, which no one does, and then see them all promptly grab for something as soon as it starts to move! 🙂 Get to Terminal C, jump on some free wifi, get immediately informed by Tripit that we have a gate change. Ain’t technology grand.

Next flight New Orleans! Settling in on the plane and get told the ‘first office is flying and he’s in training’… not sure we needed to know that (totally shouldn’t have watched all those air disaster movies before we left). All was well though,we took off fine and probably wouldn’t have noticed it at all but for the fact we were told he was on his L’s – as we reached elevation instead of levelling off, he started to point us back down, which was kinda interesting there for a moment. Other than that, another uneventful flight and we got into New Orleans around 6pm.

Found ourselves an Uzbekistani cab driver who was very happy to chat with us about New Orleans… seem surprised that we knew where Uzbekistan was and even more surprised that I’d been to places like Turkey and Pakistan (‘at my age’ – apparently only really old people have travelled that much… God bless his cotton socks, just what a girl wants to hear after 24+ hours in transit!). Went past the Superdome as we came into New Orleans, unbeknownst to us, it was in full swing as one of the parades was just finishing in there and there was 30,000 all in there partying – we saw them on the idiotbox once we got settled, most of them looked high as kites,

We have airbnb accommodation booked here, it was the only way to stay even remotely near town without having to BYO lube. So far, our hosts Steve and his husband, Ron, have been extremely welcoming. Both Steve and Ron have the week off, and are massage therapists (I nearly cried), so I am sure we are going to see them around quite a bit. They have a lovely appointed home, very stylishly decorated and we have a bedroom and bathroom to ourselves and free run of the kitchen, living room etc. They’ve given us a run down on all the local cafes, restaurants, bars and clubs and hints on places to go – which will no doubt have all have the ‘Fabulous, Darling!’ stamp of approval. I’m looking forward to a fun week of Mardi Gras… but first, some sleep!