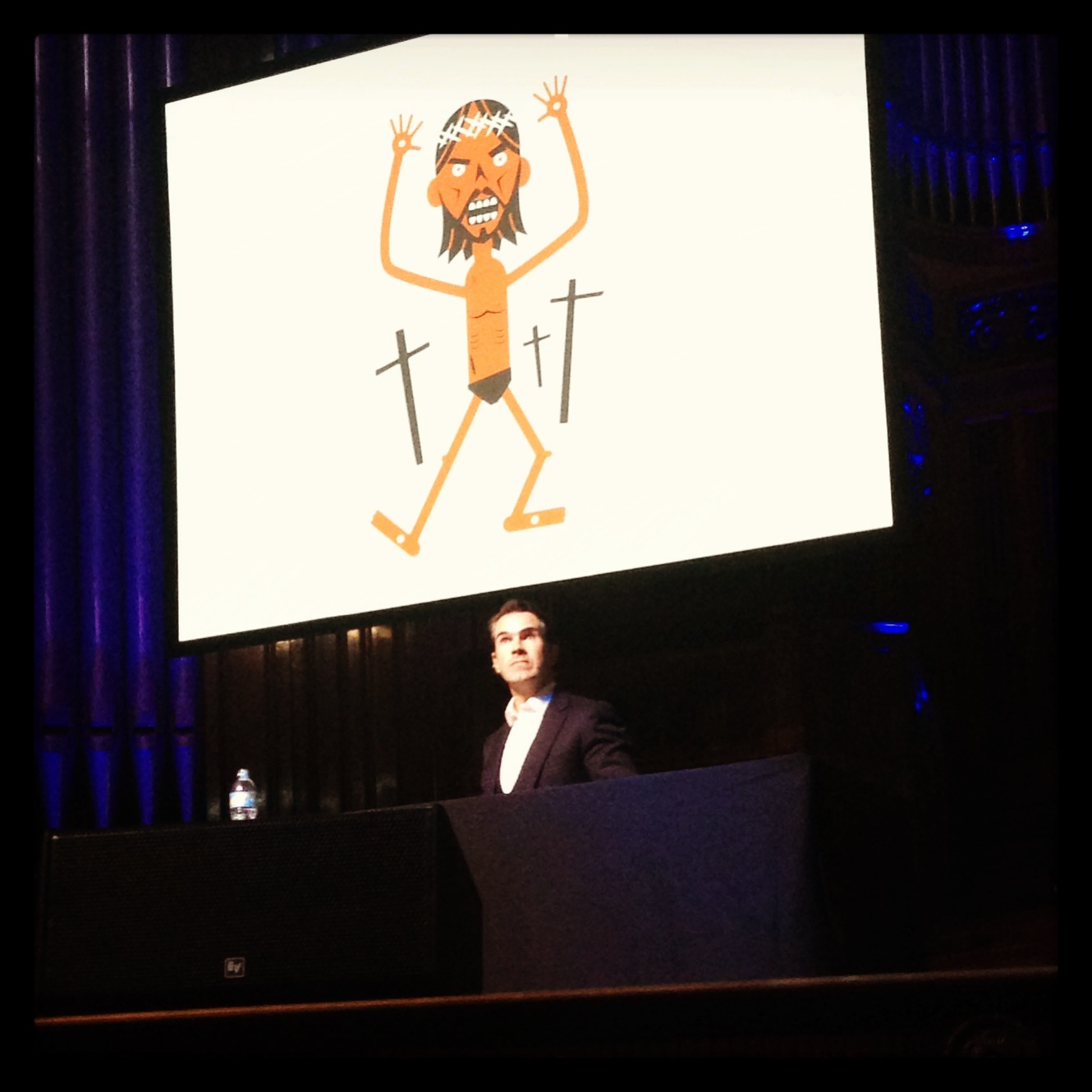 Anyway, I needn’t have worried – of course there was a semi-inebriated yobbo of questionable mental capacity, prepared to go early and go hard, effectively drawing fire away from the rest of us for the entire duration of the show.  I mean, seriously… if you’re going to heckle someone like Jimmy Carr, you better have something better up your sleeve than, ‘Your Mum’ or ‘Your girlfriend’ for a retort.  For the entire gig, the wanker, (Jordan, as we discovered later), was at the pointy end of every single joke that in anyway referenced persons of limited intellectual abilities or questionable moral behaviour…  In fact, poor Jordan got picked on during any opportune moment when Jimmy Carr wanted to sleight the not so quick, or allow a moment to let a joke settle in a bit for the peanut gallery.

Couple of things that stood out this show… slightly less pedophile jokes, slightly more geriatric jokes… slightly less bestiality jokes, slightly more tax man jokes :)… still roughly the same amount of jokes about sexuality, religion and/or racism (usually all mixed into the same gag for greater shock and horror effect).  And holy shit, can he think on his feet!  I’ve seen most of his stand up shows before and some of his material was a bit familiar as he threw well practiced lines at members of the audience who had the audacity/stupidity? to yell out an opinion, but you don’t really appreciate how quickly he snaps out those barbed retorts until you’re seeing him responding to his audience in real life.  All round he was pretty awesome.  I maintain that, he is crude, coarse, common, vulgar and fucking hilarious.  I laughed so much my sides ached and my cheeks hurt.

Of the three hundred odd jokes that he claims to tell in a show, only one stuck in my head, which he claims he, ‘heard it from a bunch of Aussies blokes, so you know right away, it’s going to be a bit brutal, yeah?’…

Yeah.  Bit hard to forget, that. I was both repulsed and involuntarily amused. 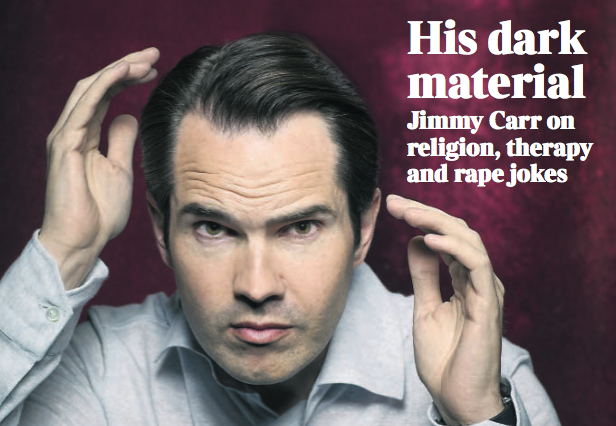 During one particular ‘bit’, he threw open to the audience, asking the women there present, what sort of unsavoury sexual practices men had asked them to perform.  His general premise seemed sound – anything turns men on, so you never know what sort of weird stuff they will have asked their partners to do.  Sooo many couples gone dead silent at this point and laughing nervously… I could feel the guy behind me sitting bolt upright in what I assume was abject terror as he wondered if his girlfriend was going to shout out something he’d rather not have made public!

One woman turned it up by saying that one guy wanted to ‘fuck her with his foot…’  OMG.  Which of course prompted a few questions from Jimmy, and a response that came something like ‘Well, he liked the feel of it.  Apparently he had a dog that used to lick his feet…’  Yup.  Dig up, sweetie.  Not making this sound any better.  The next woman to volunteer information said a guy wanted to ‘give her a Strawberry Shortcake*’.  I have to admit, I was nonplussed having never heard this term before… there was however a rather noticeable collective groan from the crowd behind us – they obviously knew what it was.  Jimmy Carr too, had never heard of it and wanted to know what it was.  The woman who had offered this information said it was ‘giving a guy head, and then he punches you’.  Which made little sense, but gave the comedian plenty to work with.

*You know I totally had to Urban Dictionary that shit when I got home, and it was so much worse than what she said!  Ewww… 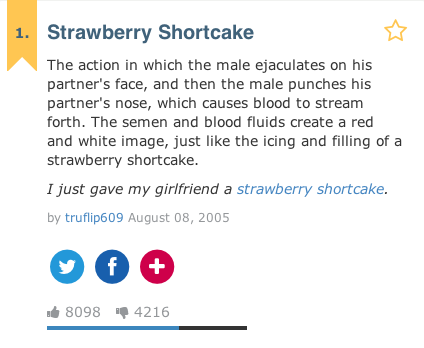 While fairly confident that most think they have heard it all before, there were SOOOO many things going through my mind that I, personally, could have yelled out in response to this particular question…
Things that would have made men cover their nether regions!
Things that would have made women cover their eyes at the mental image!
Things that might have even make people throw up in their mouths a little!
… but they say discretion is the better part of valour, so I chose to remain silent.

Made me think though – if there were so many nasty, nasty things that I could have yelled out that would have mightily embarrassed long distant men in my past (fortunately I don’t think I know them anymore, and there’s a reason for that!), whose proclivities do not bear thinking about… it made me wonder what sort of kinky shit were the other women in the audience keeping to themselves?   O_o