Time to leave the Great North wilderness and the closest I’m ever likely to come to the Arctic Circle, and head onto the next stage of our trip. I have had such an awesome time in Alaska. I still can’t believe the places we went, and the things we saw, and the experiences we had. Alaska has been on my list for ever so long and I can’t believe I have now actually been here. So many wonderful memories and so amazing I have gotten to do all these national parks with Aunty Mary – the one person I know who really loves nothing more than getting in amongst all the nature. 🙂

So, packed and ready to go. Only one problem. I had arranged some week and a half ago for a parcel to be sent from amazon.com to myself care of the McKinley Creekside Cabins due to the fact that these Amazon sellers didn’t ship the items I wanted to Australia. And I had been keeping an eye out all week on the post to see when the parcel would turn up… on our last day and nothin had turned up and I was flailing about arranging with the reception staff to forward the item on to Sedona if it turned up after we left. I left the girls at reception – Kayla and Denise – a bottle of Australian Shiraz to thank them for all their help with the stupid parcel. Just on spec, we thought we would pop into the Denali post office before high tailing it out of town. We waited until the post office was open and I walked in with my handy 24 digit parcel post tracker item number and crossed my fingers. Quite unexpectedly, the girls behind the counter went on a hunt and eventually came out of the back room victorious – my parcel had been located and we weren’t going to have to forward things onto an address I’m not even going to be at. Stupid thing was, that, according to the tracker, the parcel had left Anchorage on the 2 July and here was me at the post office asking after it on the 6 July, so I have a feeling it was there all week, it’s just that Mountain Time is a bit like Fiji Time… we’ll get to it when we get to it.

But, all was good. Got to head off to Anchorage for our five hour drive knowing I wasn’t going to have to chase and hunt that parcel anymore. The drive was good, no nasty monster trucks (well, no more than usual) and no roadworks, even better! We decided to spent the afternoon at the Alaska Zoo in Anchorage to see some of the animals we saw in the wild but missed out on seeing them up close, like the wolves, the snow leopard, the red foxes, the Dall sheep and tigers… yeah, okay I made that one up, but the tigers at the zoo were still pretty cool. 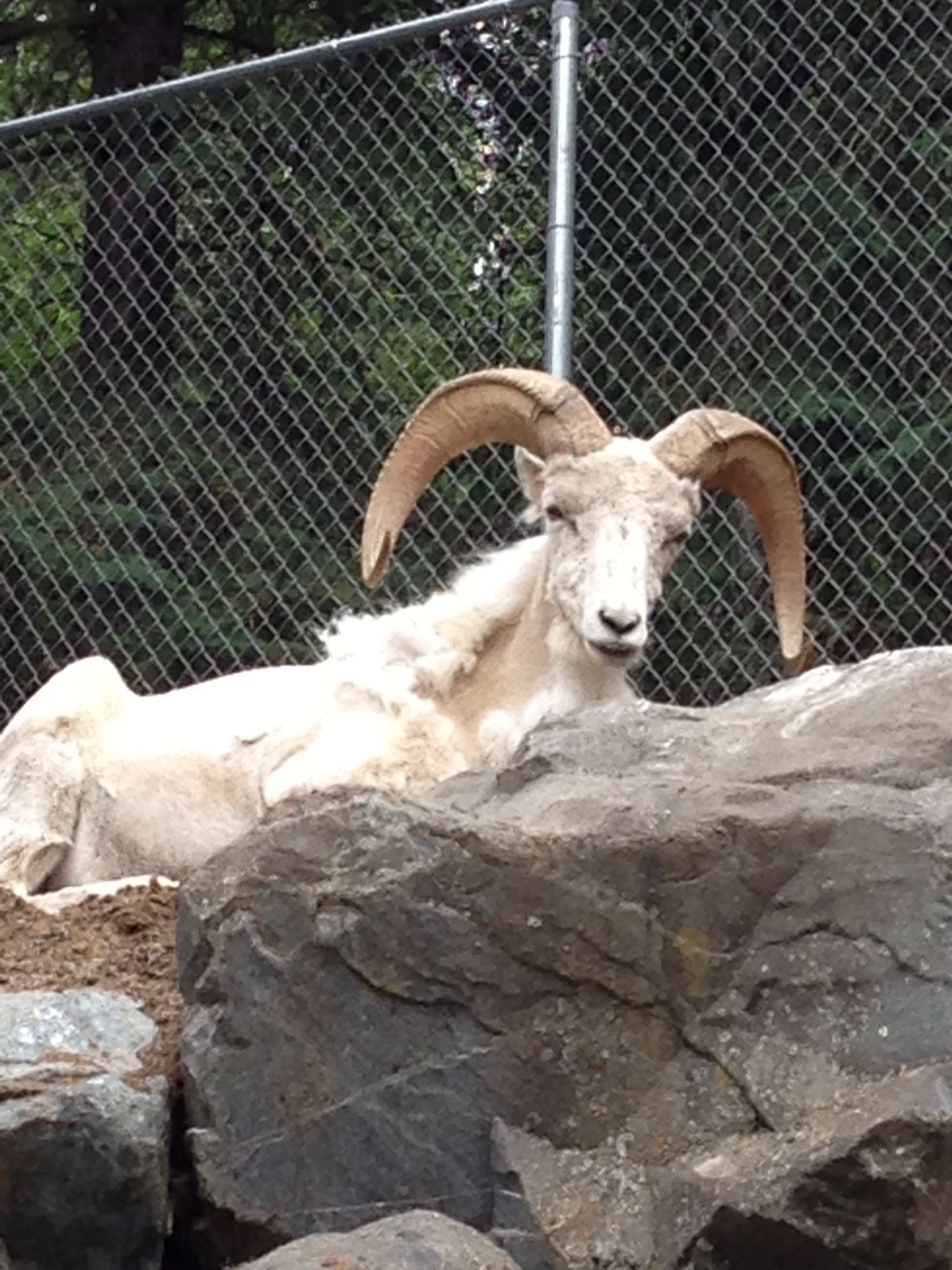 Not at all surprisingly, I spent most of my visit at the zoo loitering around the river otter enclosure. Nearly every animal I encountered I took a couple of token photos of, but the otters of course, well there are a couple of hundred of otter pics from our short visit to the zoo! With a bit of luck, some of them might even be decent. After the stop by the zoo, we went to the local Wendy’s and had something for dinner. I even picked up a job application for Mr K, just for the sake of nostalgia, he used to work here back in his college days.  😉

After that it was off to the airport to get ready for the transit from hell… who planned these flights?  Oh yeah, that would be me.  :/ 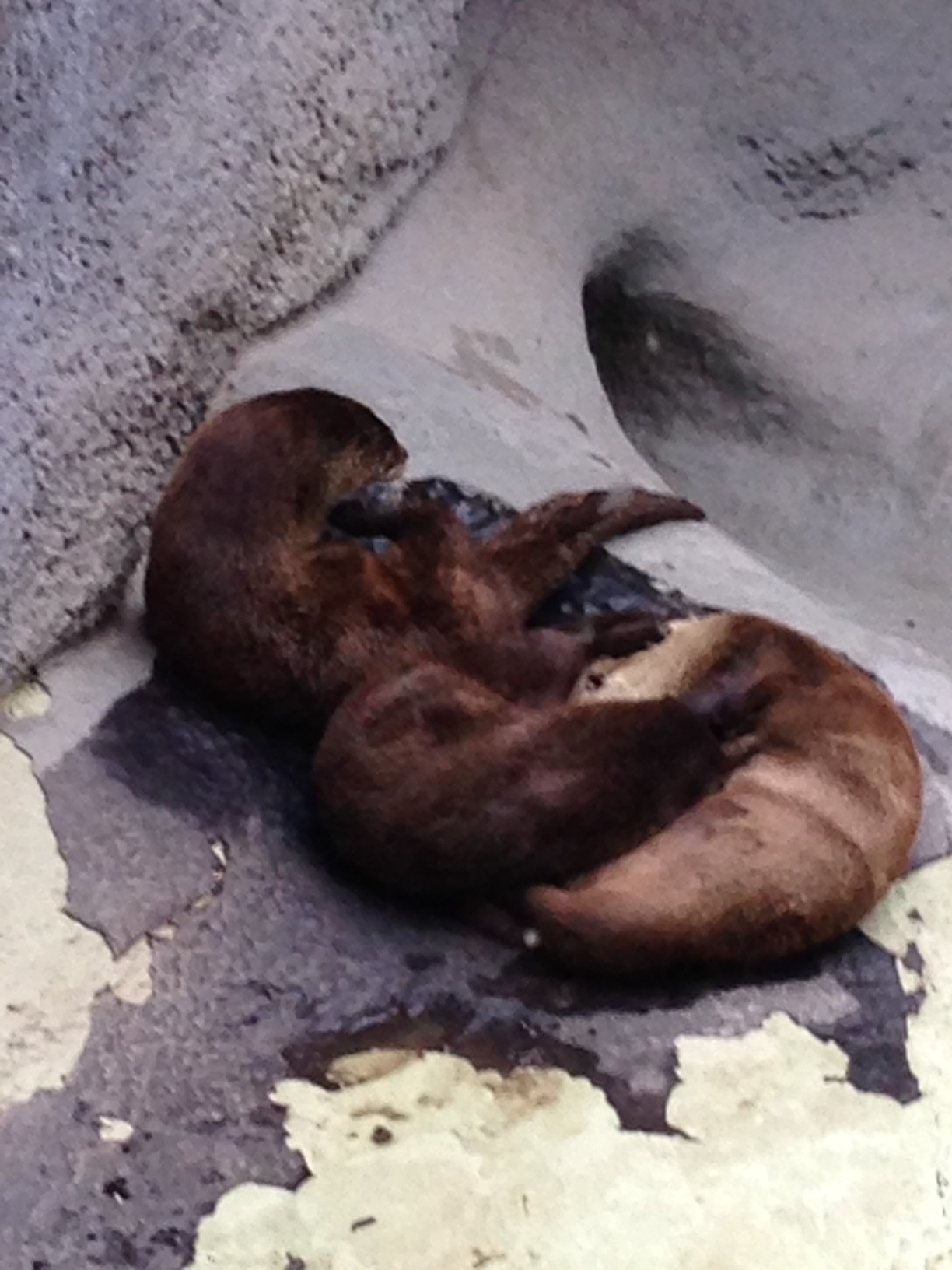 Our flight from Anchorage to Seattle was at 0035 and arrived at 0445am… we got to watch the sun rising at the same time it was setting which was quite surreal. We had been told that we would be on a flight leaving for Las Vegas at 0830 which meant a bit of a shitty boring lay over at Seattle with very little to do at that early hour of the morning. Fortunately for us however, we ended up on a flight that was leaving at 0600 and we pretty much landed and walked from one terminal to another, waited about ten minutes and found ourselves boarding for Las Vegas – no lines, no waiting, no problems. Awesome bonus there! Midnight flights are bad enough without finding yourself stuck in the airport doing nothing for hours on end. I did however get some amazing photos of the last vestiges of the evenings sunset out of the plane as we took off north out of Anchorage… 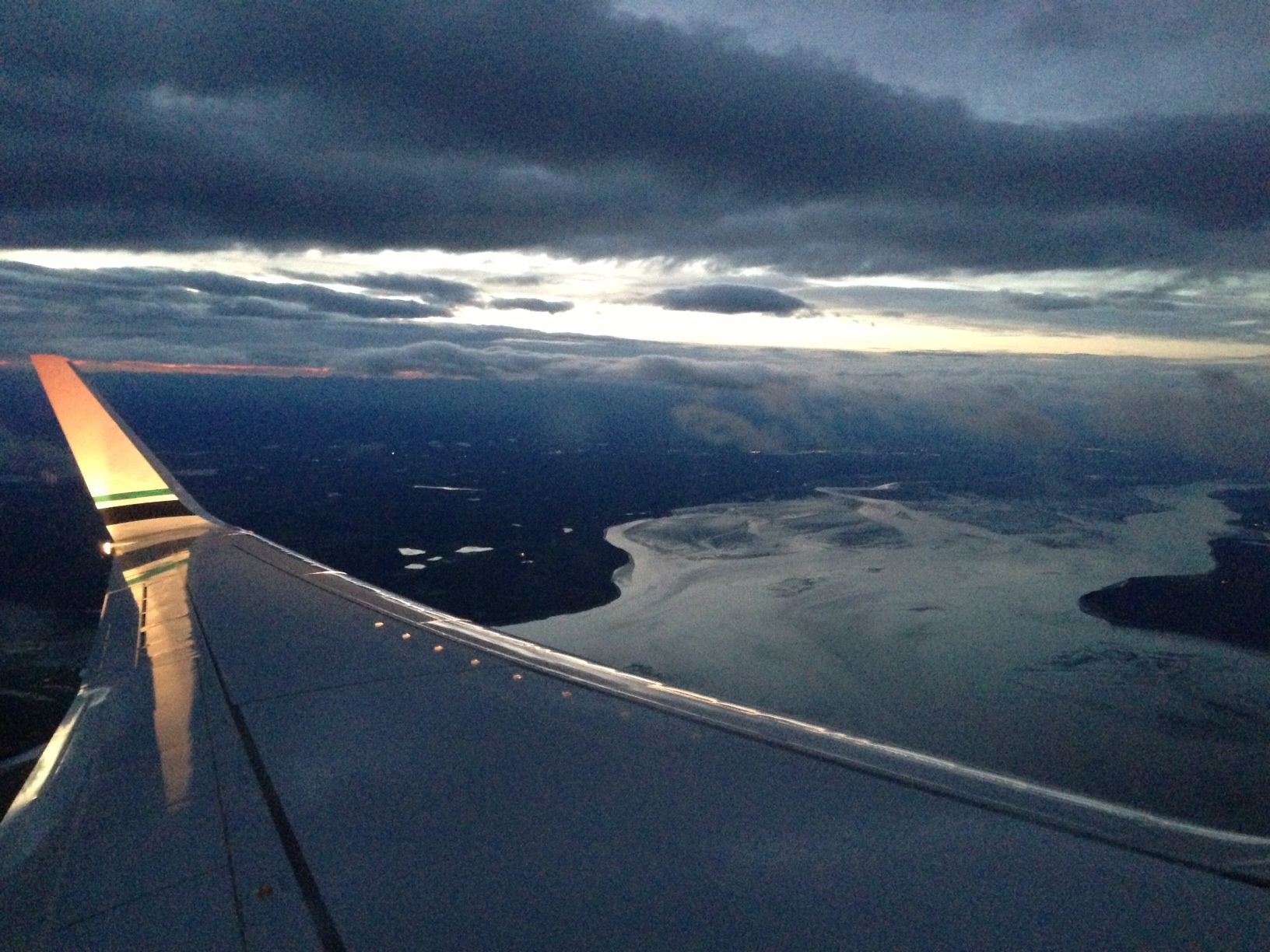 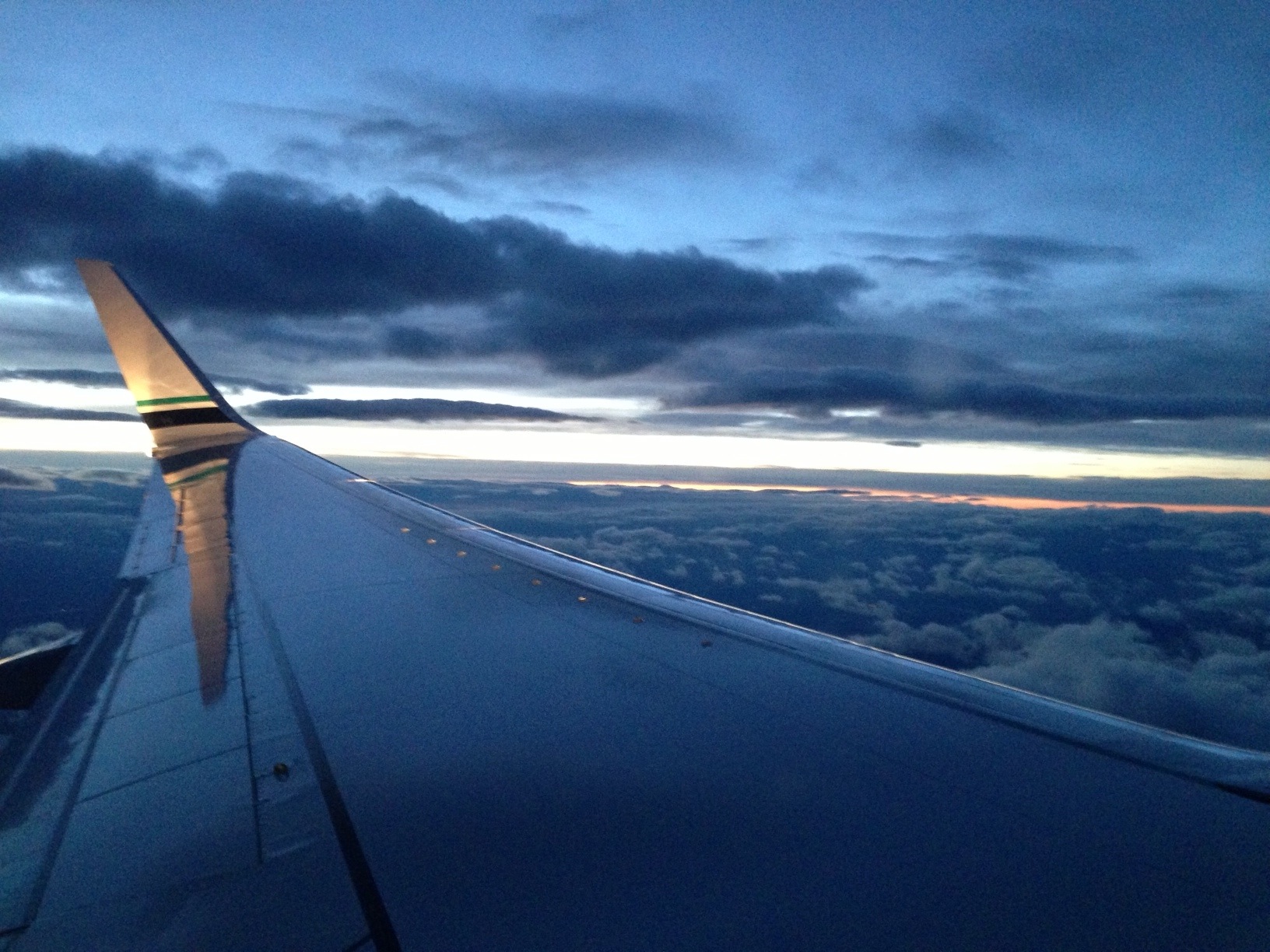 Then the most bizarre thing happened, the plan turned around to head south, and we could see the start of the SUNRISE in the east!  It was weird, and freak, and completely amazing. 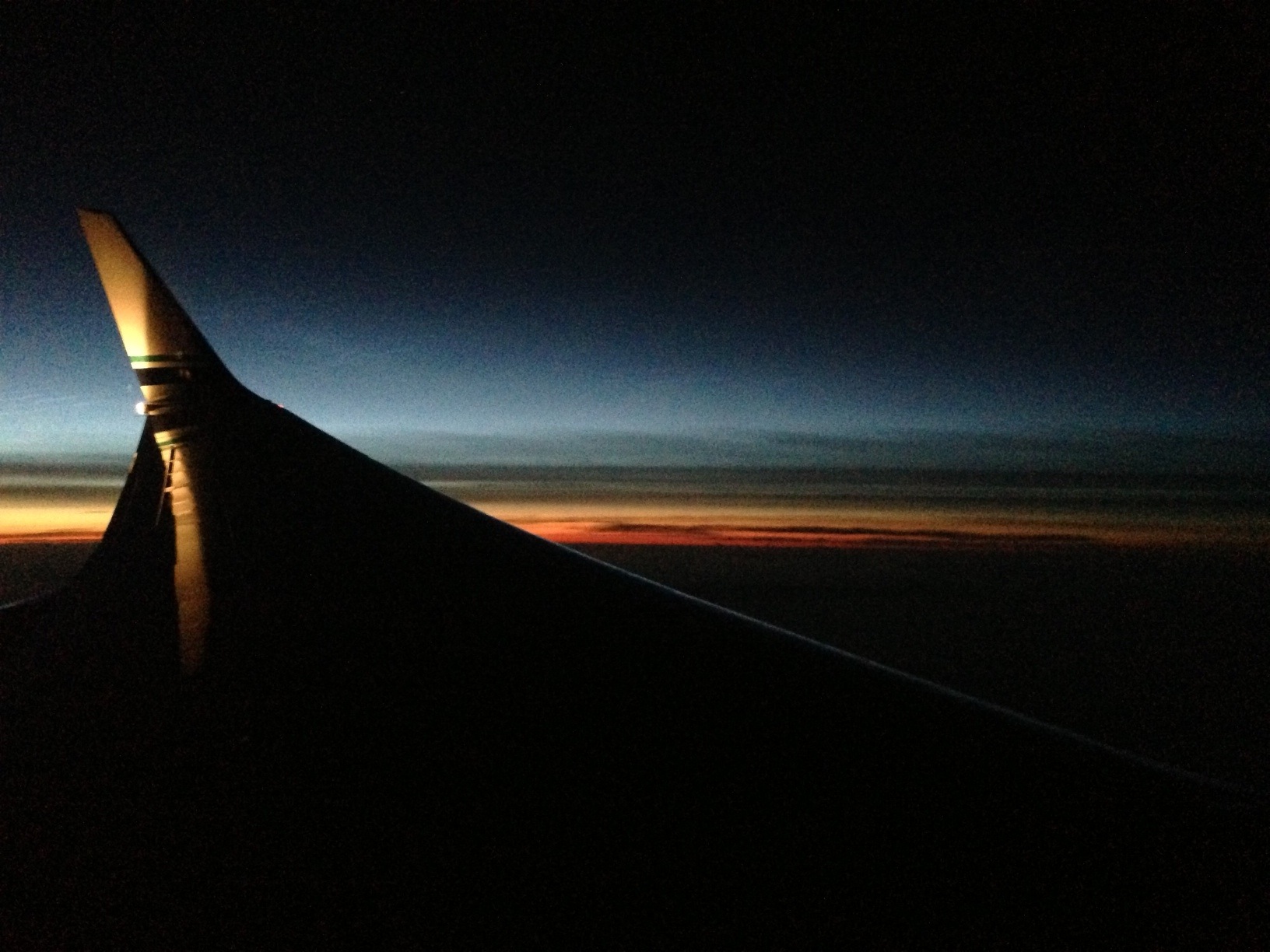 We arrived in Las Vegas and, oh my God, the heat just slapped us upside the head and unfortunately not with a wet haddock which might actually have been more pleasant. Being from the subtropics, we are used to the heat, and we are mostly fine with it… but going from a month of tops in the 14C – 16C range one day and o’night temps that make you grab the thermals, to maximum temps of 41C+, well that is quite another story. It was draining.

We went straight from the airport, to picking up our hire car, to hitting a Walmart for some groceries, to heading out to the Grand Canyon! Another huge tick off the Bucket List coming up right there. We didn’t realize it until we were already doing it, but going out to the quieter and less touristy North Rim meant that we drove through Nevada, Utah and Arizona to get here today… so including Alaska and Washington state, that made five states in one day. Crazy.

Got out to the Grand Canyon Lodge on the North Rim here and got my first look at this Wonder of the Natural World and found myself at a rare loss for words, staring in silence at the amazing vista of the Grand Canyon. Words are unable to capture the scale, and beauty of this place. Even the drive out here was incredible, towering mountains of striated rock in a plethora of colours, through Ponderosa pine forests and open grasslands. Little tufted eared squirrels and a herd of bison on the plains, it all felt very much like stepping into a nature documentary.  Just stunning. 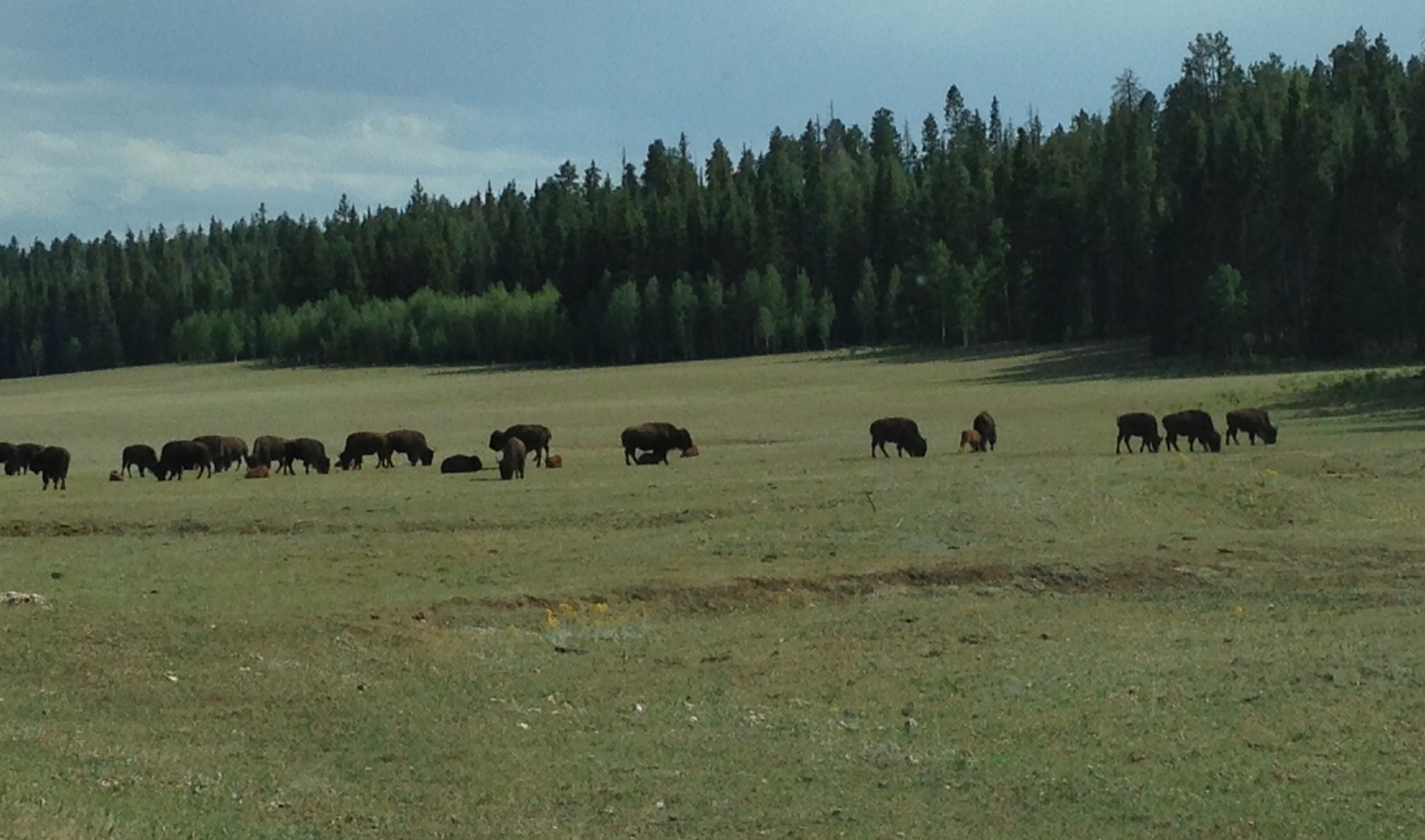 Anyway, we are safely here now for the next few days, and I am looking forward to exploring this incredible area.  I was out on the terrace earlier and a guy saw my t-shirt and say ‘Oh wow, you’ve been to Denali… when were you there?’. ‘Yesterday.’ came my exhausted yet exhilarated reply, which started a conversation about how he thought he had come a long way from Denver, but then again he said, perhaps not. 🙂 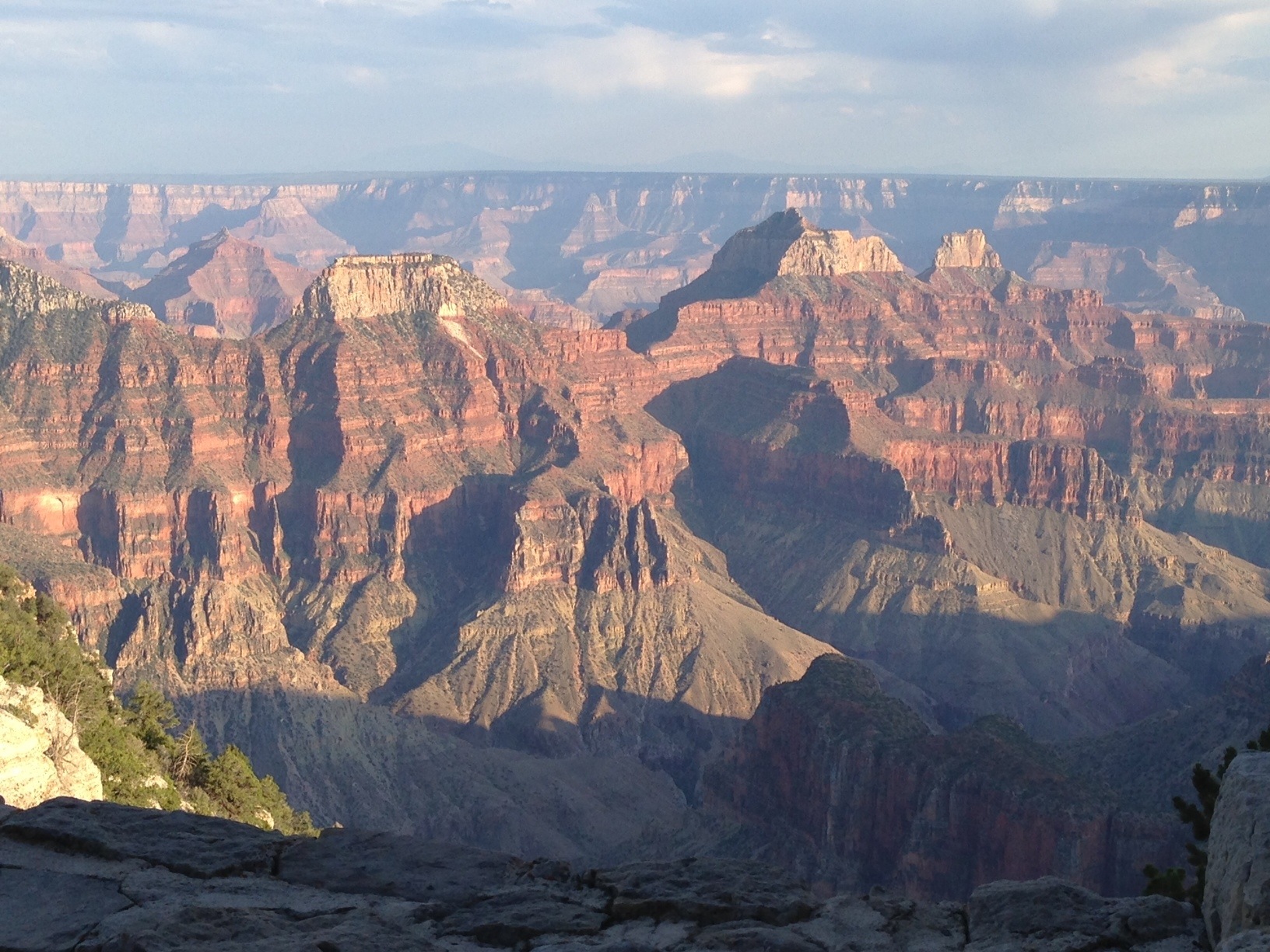 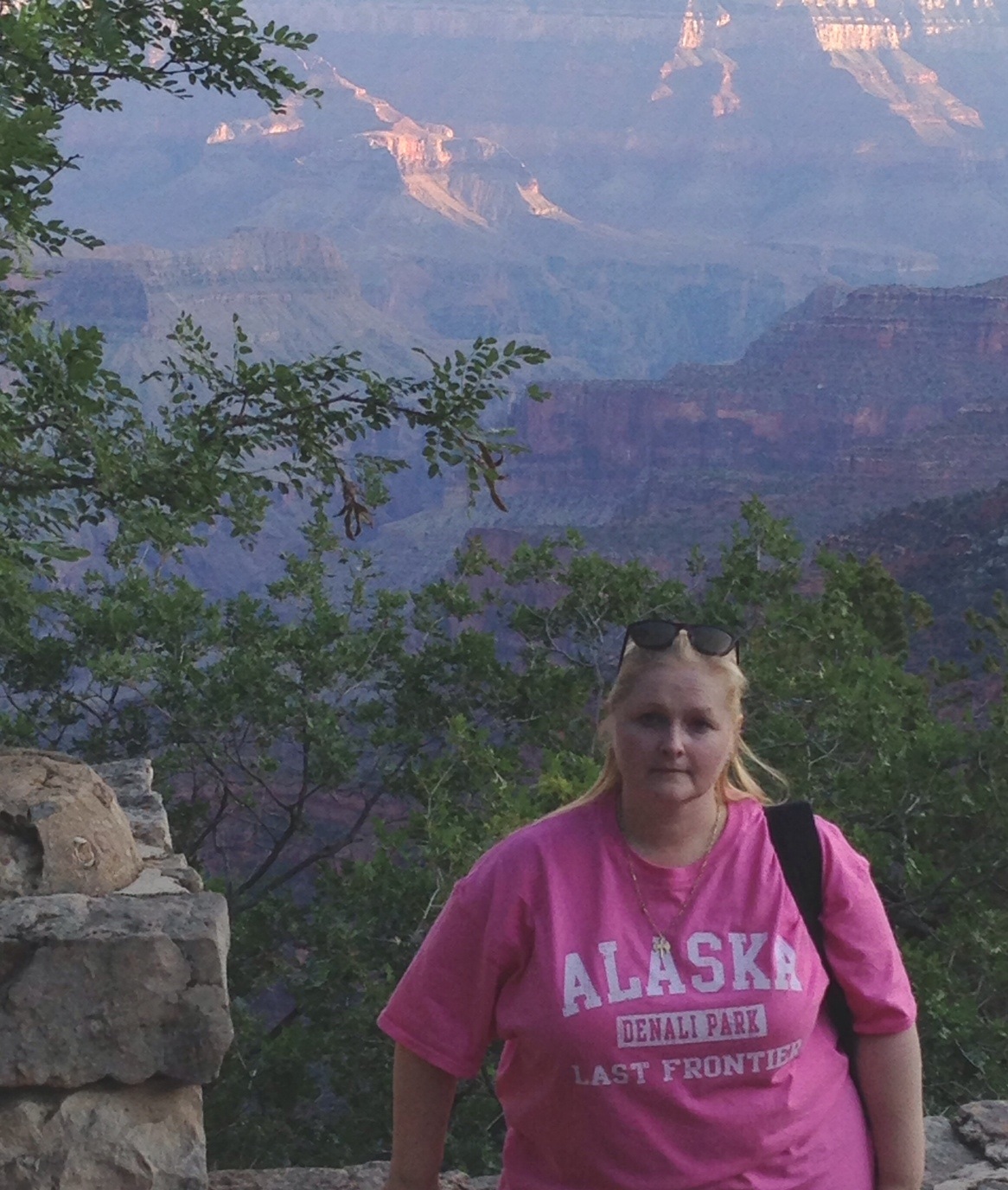