Whoa!  Stillnox vs Valium debate is still raging.  The Stillnox seems a way better knock out pill than the old faithful Valium, but it doesn’t have the same muscle relaxant properties so if I take if for a few days running, I end up exacerbating my lockjaw problem and my muscle spasm tendencies.

In the meantime I’m having some really fucked up dreams!  This morning’s effort revolved around some old friends who I am not really in touch with any more, furtive encounters behind their wives backs and them worrying about being found out?!  Weird stuff, I was being pulled back and forth between these two guys whom I haven’t seen in years. One was at a holiday house on an island and constantly pushing me into a back room mid conversation, and the other was frequently jumping out of bed at his place when he heard something, looking around guiltily for pants and closing the door on me as he left the room… and both of them were trying to hide me from their wives!  But while they were trying to hide me from their wives, they kept confronting each other, saying they wanted to ‘keep’ me (it puts the lotion on its skin!), and no one bothered to ask what I wanted in regards to the matter!

Ahuh.  Not sure which drug is better, but so far the Stilnox dreams are weird but definitely not as creepy as the Valium dreams. 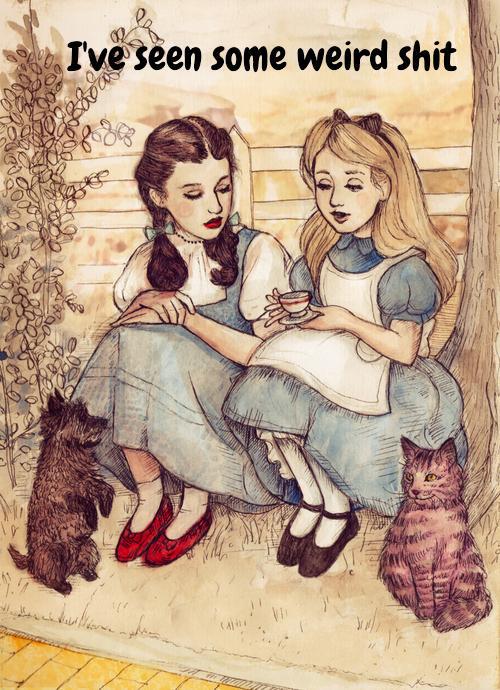