Another restless night.  Waking, with yet another travel nightmare, leaving me with a ball of knots in the pit of my stomach.  I don’t usually remember my dreams, so this is getting rather weird.

I was in Austria, for reasons unknown, and checking into an airport, again for reasons that were unclear to me.  Mr K had gone to return a rental car, and myself and the Small Child were in the queue to check-in and go through customs, which for purposes that likewise evade me, were at one and the same checkpoint/counter.

We did that thing you do when you inch forward in a queue and desperately hope that you don’t get to the front of the line just yet.  It’s counterintuitive queue behavior as the entire point of queuing for something is to get to the front and get your business stated and done… but we all find ourselves doing it from time to time.  Like when you’ve got all your groceries on the counter and find yourself wishing the check out chick would slow down a bit, because your partner hasn’t come back from their mad dash to grab the muesli that you forgot to pick up.  Or you’re lining up for entrance to a movie and one of your party decides to dash off to the bathroom because you’ve got plenty of time, but now you’re standing there with all the tickets and said person with the weak bladder is no where to be seen.  Counterintuitive queue behavior.  We’ve all done it, and it leaves you with a slightly agitated, slightly worried, slightly annoyed feeling as you inch inexorably towards the front of the queue for your turn, but you’re not actually ready to be there yet.

Well, we were in the queue and Mr K was no where to be seen.  The place felt a bit like the equipment hire/canteen building at Smiggins Holes down near Threadbo… busy and bustling with people all dressed for an alpine environment, in what is supposed to look like a giant log cabin but actually feels more like a giant tin shed with filthy floors and harried faces trying to be a giant log cabin.  Maybe it was supposed to be a rural airport in Austria?  I don’t know.  But we are waiting for Mr K.  I’m doing that swivel head thing that you do, when you’re desperately looking for someone in a crowd.  Travel documents for all us in hand, and I can’t see him anywhere.  I grab my phone and try to call him… another weird modern phenomena, calling someone you know to be across the room somewhere, or in another part of the same shopping centre.  I’m desperately trying to figure out how to dial out of Austria to dial the Australian mobile phone he is carrying, as we inch further forward in the queue.  We are next, and no Mr K.  His phone rings, but he doesn’t answer it.  But somehow the facetime function turns on, and I can see him sitting outside in the sunshine with the snowy mountains in the background having a cup of coffee, reading a newspaper and a waitress bringing him breakfast!

I’m staring at the phone with incredulity realizing he’s not going to make the flight, we’ve got 8 minutes before check-in closes (yes exactly 8, I don’t know why), so I can’t go find him or we’ll all miss the flight!  I’m torn between sending the Small Child to go hunt for him, knowing that if I get to the front of the queue without either of them I’ll end up going through customs and the Small Child might not find him and then I’d be through to no man’s land with no Mr K, and no Small Child – leaving Mr K enjoying his breakfast and the Small Child stuck in an airport!  Answer your fucking phone! 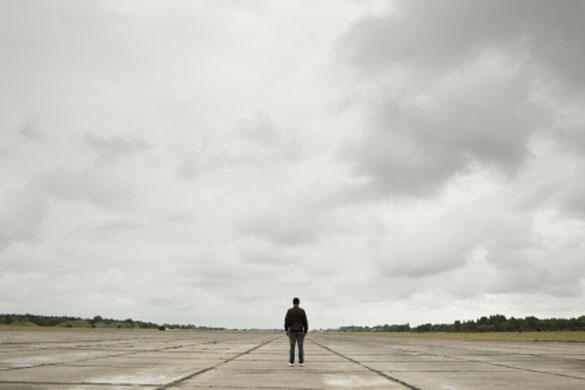 Eventually, myself and the Small Child go through the check-in/customs and Mr K is still no where to be seen.  We end up on the flight and no doubt, Mr K was enjoying his breakfast as we were flying off to… actually I have no idea where we were going.  And that’s where I woke up.  Me and kidlet on the plane headed to… question mark?!?  And Mr K was relaxing over breakfast somewhere without us, while I had firm possession of his travel documents and there was no way in hell that he was going to find us.  :S

Hmmm, travel nightmares.  Tripit says we depart in 86 days, so that is potentially 86 more opportunities for my anxieties about long haul travel to bubble to the surface in my subconscious! Yay!