“Oh what a tangled web we weave when first we practice to conceive!”

Occasionally I potter around on IVF and Infertility forums with the a vague idea that by sharing some of my own infertility experiences and insights, I might be of use to others currently suffering through the same horrible crap that I did.  Frequently I encounter people with PCOS or endometriosis who are scared or confused, and feeling overwhelmed and totally out of control. There’s an awful lot of people who blindly follow their doctors and don’t understand their diagnoses or the treatments they are being offered. They’re often under informed and obviously not habitual researchers like I am, but nonetheless are about to jump on the IVF Roller Coaster to try and conceive.  For these people I can share my experiences of various procedures in layman’s terms, help cut through the medical jargon and tell them it’s just a means to an end – their goal of having a family.

Sometimes I encounter people, particular Americans, who are completely unable to contemplate undertaking assisted reproductive treatments due to the hideous expense and the unexpected realization that the insurance they’ve been paying into for years doesn’t cover IVF at all… there’s not a lot you can say to someone who is dealing with giving up their dreams, but I’ve been there too and am able to offer an empathetic ‘I know how you feel… it nearly destroyed us too’, expression of understanding. 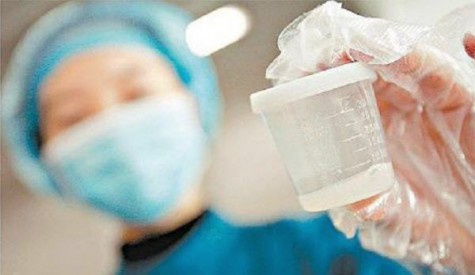 But from so many stories I’ve read and heard of this particular endeavour, it is apparently so much harder (boom, boom) than we mere ladies could possibly realize.  When we first started on IVF, the Masturbatorium was a private room with leather chairs, Black Label Penthouse mags (very risque for Qld), and a ‘DO NOT DISTURB UNDER ANY CIRCUMSTANCES’ sign on the lockable door.  By the time we were still going six years later, the clinic had moved, to a different hospital and there was no longer a quiet private room for the men to produce their samples and instead they had a curtained off room right near a noisy nurses station with loads of people, predominantly women, wandering around just outside the curtain who were either attending to post op patients or standing around talking about their weekends and/or bitching about their boyfriends!  Now, I can understand that under those rather more public conditions it might be somewhat more difficult to err… perform with those sorts of distractions (unless that’s your ‘thing’ of course).

Which is where I like to bring out a story my IVF specialist once told me one day when I was going in for one of the less invasive IVF procedures – a FET (frozen embryo transfer).  Which goes a bit like this: Me, the patient, is on the table in an operating theatre wearing a gorgeous backless gown, feet in the stirrups.  My IVF specialist/surgeon is sitting on a rolling stool at the business end of the deal. There’s also one or two theatre nurses, an embryologist, a second scientist and sometimes even an orderly or janitor coming in and out to clean things, move equipment and stuff all wandering around while I’m in this decidedly undignified position. Ladies, it’s like going for a pap smear that takes about 30 mins with half a dozen people wandering around; men, I have no comparison for you unless it’s perhaps like going for a prostate check with a cheer squad?!

When the embryos are transferred back to the uterus, they take the long 10-12″ flexible syringe/catheter device back to the lab to be ‘cleared’ by the embryologist under a microscope and double checked by the second scientist, to confirm that the embryos have indeed gone where they need to go and aren’t still sitting in the end of the insertion device.   So one of the weirdest things about this scenario is the compulsion of all the people in the room to make small talk while waiting for confirmation from the lab guys while my feet are still in the air!  We’d talk about whatever book I was reading in the waiting room, my IVF guys’ fondness for motor racing and occasionally he would tell me stories about other patients.

Well one day we are waiting for the scientists to give the all clear and he tells me about one of his patients whose husband was completely unable to provide a sample for their first IVF cycle… his wife had done all the injections and drugs, been through the egg pick up surgery and they had a limited window to get that sperm!  Usually they get the men to extract a fresh sample in the Masturbatorium just before their partners go in for surgery. 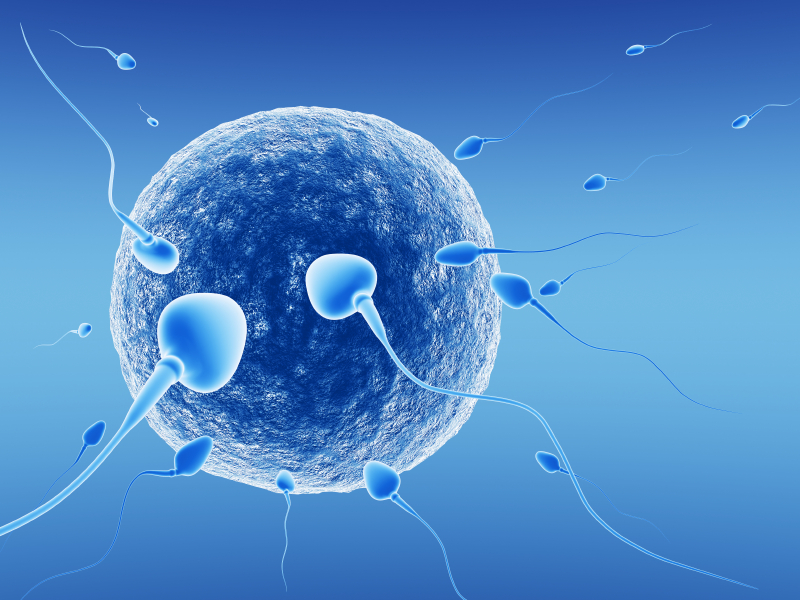 Apparently, the poor guy had been at it for ages, they’d given him binders of fresh porn, videos, the whole works and jerks (snigger) and he just couldn’t make it happen.  His wife was still coming out from anaesthetic so she was of no help and they’re turning up the pressure.  Eventually the forlorn husband comes out and says he ‘just can’t do it’.  The IVF specialist eventually turns to the poor (and sore) husband and says innocuously ‘So, have you had anything to eat today?’ and unfortunately for him, yes, he’d had a decent breakfast and lunch only about an hour earlier.  Dr IVF “Uh oh, that’s not good.  We have to get that sperm out of there somehow and given you’ve pretty much just eaten I can’t put you under for this.”  Yep that’s right, the poor guy had to go through a testicular aspiration (ie: they stuck a dirty big needle into his goolies to retrieve as much a sperm as possible) whilst CONSCIOUS. 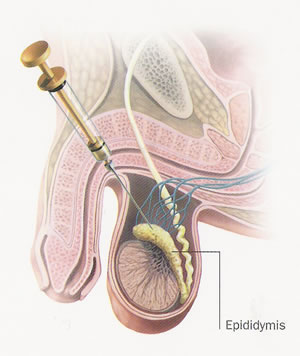 You know I always thought that if they put a poster in the Masturbatorium like this one… they’d get a lot more motivation and a lot less complaints about how hard it is to produce a specimen on demand!