I have been engaged in the time honoured tradition of wrapping the Christmas presents today.  Every year, it’s the same thing, a small tonne of irregularly shaped stuff that we’ve bought for friends and relatives and every year, the job seems to fall upon me to wrap it all up in festive paper of questionable quality which inevitably and invariably gets ripped off and discarded at breakneck speed.

I’m okay with that bit of the process… but for reasons that escape my not inconsiderable understanding of the male of the species, they seem unwilling, and frequently completely incapable, of wrapping gifts.  Over the last few years I’ve been making a determined effort with my son to try and reverse this alarming trend and have been ‘encouraging’ him – oh the protesting, the wailing and screaming and gnashing of teeth, and attempts to wheedle out of the task involved – to learn how to wrap a goddamn present properly.  Mostly it is in the vain hope that one day, it will spare some other poor female the onerous duty of having to wrap all the gifts all by herself. 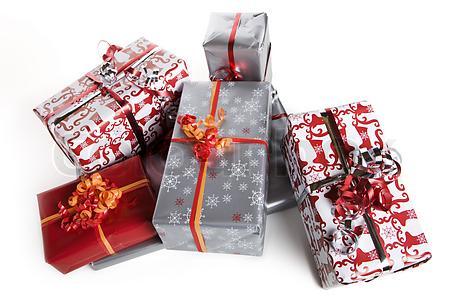 Now I don’t mind actually wrapping gifts, in fact I think it’s half the fun and certainly the idea of gift giving for me is usually more exciting than gift receiving (apparently my fault… because I’m notoriously difficult to buy for – allegedly).  But it would be nice if I could share the task with someone else every once in a while and anticipate a reliably presentable outcome!  Sigh…

What’s that about anyway?  It’s not like it is fucking rocket science?  Men have been claiming superior abilities at spacial awareness, judging distances and map folding over women for years… but I haven’t met one yet that can wrap a present worth a damn and without sweating angst about the menial task all over the damn box in the process?!?  Go figure.