Had to get from Sydney to Canberra and thought I’d brave the bus service rather than waiting around at airports and having to put friends out on either end to get me to said airports.  Normally I have an aversion to public transport… can’t quite put my finger on why. But it’s never pleasant, never comfortable and there’s other people there that you may or may not end up having to interact with which is always risky regardless of the endeavour!  😀

0845:
Bus driver approaches me, “You must be Borys”, I look around me, check I’m not wearing a name tag from last night’s conference and tentatively say “Yeess, how did you know?  Am I the only person on the bus or something?”  He replied “Just about.”  W00t, score!  Bus all to myself to sit wherever I want and no deodorant challenged youth squishing into the seat beside me.

0915:
Bus driver quote: “Pick your fucking lane you stupid woman, I can’t move this thing out of your way that easily!”  O_o   Hmm, this is going to be interesting…

0930:
Stopped barely half an hour down the road to pick up people?  What’s with that?  I thought I was getting the busy to myself.  Goddammit, why didn’t anyone tell me these things keep stopping to collect more people.

0940:
Korean tourist collected at the last stop decides to sit right behind the driver ostensibly for the leg room, but actually so he can turn bogan bus driver into impromptu tour guide by asking lots of questions about Sydney, Melbourne (his eventual destination) and Australia in general.  Upside: bus driver has to turn down his terrible pop music to hear the Korean guy.  Downside: listening to the really, really bad information being fed to the tourist.

1000:
Stopping again?  WTF?   Somehow we’re here 15 minutes before schedule so have to wait around for No One.  Quick sprint around the corner to search for a bottle of water and snacks.  Fail on the snacks… corn chips or shrink wrapped muffin does not an appetising breakfast make.  :S

1020:
Apparently we don’t have a no phone policy on buses here… middle aged Indian guy having argument in Hindi with unknown antagonist at volume.  Everyone looking uncomfortable even though no one can understand him!?!  Go figure.

1035:
Stop to get more people.  Bus still largely empty.  Driver decides to put on a movie but first asks the packs if anyone works for the MMPA, the AFP or the FBI… then puts on illegal .avi rip of Tower Heist’.  Love your work.

1047:
Notice I’m so bored that I’m Facebooking, Instagramming and FourSquaring at a rapid rate of knots and come to a sad realization… my phone battery can’t sustain the extended abuse and am forced to put it away and watch the movie.  Have to turn off iPod. Movie not so bad; people around me having mobile phone conversations very very bad.

1053:
Why didn’t I try harder to get on a bus service with wifi?  The 3G reception between SYD and CBR is so bad I can’t pick up anything… so the phone is just sitting there and spinning and giving me nothing. Curses for not bringing Mr K’s iPad so I could have one more battery operated device to run flat but keep me all wired in to the interwebs for the rest of this bus trip.

1116:
Skeezy Indian dude who was previously having loud argument on the phone is now breaking out what must be his second breakfast which consisted of last night’s left over curry and stinks out entire bus.  Thankfully though, because it overpowers the vague smell of feet permeating the entire vehicle.

1152:
Alarm and horror strike as I realize I need to use the so called ‘toilet’ on the bus.  I trip and fumble my way up the back of the bus and realize someone is in there… a teenage guy who I avoid making eye contact with as he leaves and I enter.  OMG  Kid must have had chilli for dinner last night.  Try to pee as quickly as possible and realize I can’t!  My lower back, abdominal and pelvic floor muscles are hanging on so tight to stop me from being thrown around in the smelly little cubicle that I literally can’t relax enough to pee!  Gargh.  Give up in disgust.

1214:
You have arrived at my destination … and thank fuck.  Disembark retrieve my bag (only one under the bus) Find a toilet that doesn’t move.  Squish comes to rescue me and returns me to humanity.

1217:
Remind myself to more strictly adhere to pre-existing ‘Number Rule 1: Avoid Public Transport at All Costs’ because, well… that’s where the public are. 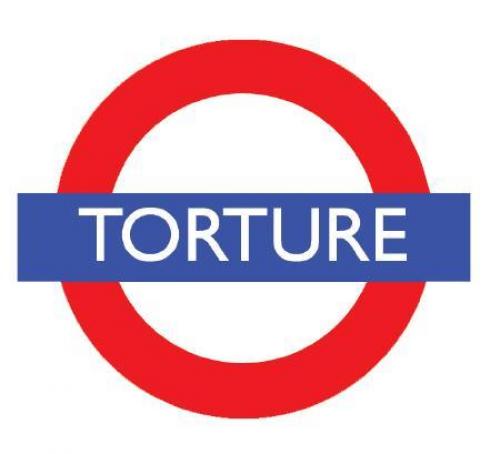