It’s been at least four and a half years since I’ve had an unmedicated nights sleep.  And even with the copious Valium prescription repeats, I only manage somewhere between 5-6 hours… on a good night.   Which means I’m racking up somewhere between a 2-3 hr sleep debt every night.  :S

Without the Valium, it’s a complete waste of time.  I go to bed, I toss and turn for hours trying to get into a position of relative comfort, read: one whereby my back shuts the fuck up long enough to allow me to fall asleep.  Should this elusive position actually be found and I do manage to fall asleep unassisted, I will inevitably wake up within 2-3 hours with my jaw clamped shut so tight I feel like I can’t talk, my fists in little ineffectual balls of fury and even my little feet feel like they’ve been tensing up against the pain.  Not good.

Needless to say, the famed Roche Mother’s Little Helper and I, have become good friends… I would have bought shares in the company five years ago if I’d known how much of their product I was going to end up consuming.  In the beginning (hehehe) there was a mere 2.5mg of diazepam a night to help me get to sleep which seemed to assist with the tense jaw thing and for a while did help with the getting to sleep thing.  But as I’ve scaled back the traditional analgesics which seem to do fuck all to make a dent in neuropathic pain, and have cut back the so called neuropathic pain blockers which are completely ineffective and leave me hideously dopey (hey, don’t laugh)… the daily Valium quotient has slowly crept up and up to the point where I routinely take 10mg a night as a minimum and work up from there depending on how crap I feel.  :S

The end result of which is that I haven’t had a decent night sleep for nigh on five years and have no doubt accumulated a considerable sleep debt which is probably irrecoverable at this stage!  And according to the Scientific American, studies into short term sleep deprivation can cause foggy brain, impaired vision, driving deficiency and drum roll please… memory lapses!  Oh, I could have told them that last one.  Long term sleep deprivation can cause/exacerbate insulin resistance, heart disease, diabetes and obesity!  Yay!!  All that good stuff to look forward to!   :S 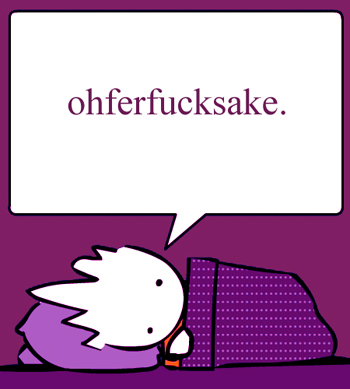 So how do you try and crib back a five year sleep debt… I imagine it’s damn near impossible at this point, though it has been suggested that perhaps a month of medically induced coma could bring me back into balance!