Sorry if this bores anyone who isn’t into SCA or medieval recreation etc.

I started an embroidery project about two years ago now. It’s an alms purse done in an Opus Anglicaum style of embroidery. The figurative work on it is done in a single silk tread in split stitch and the back ground was to be worked in coloured silk. Which is where i came to a grinding halt. The more I researched these purses, the more it appeared that that were largely worked with a background of gold thread and usually in an underside couching technique, which shit me to tears – as the gold looks horrid and flashy to my modern eye. It seemed logical that pieces like these would have been worked in coloured silk for people who couldn’t afford the more lush golden variant, but it seems evidence of these hasn’t survived. The project went on the back burner, and I haven’t picked it up since before Festival 2005 (so a good 18 months it has been sitting around). 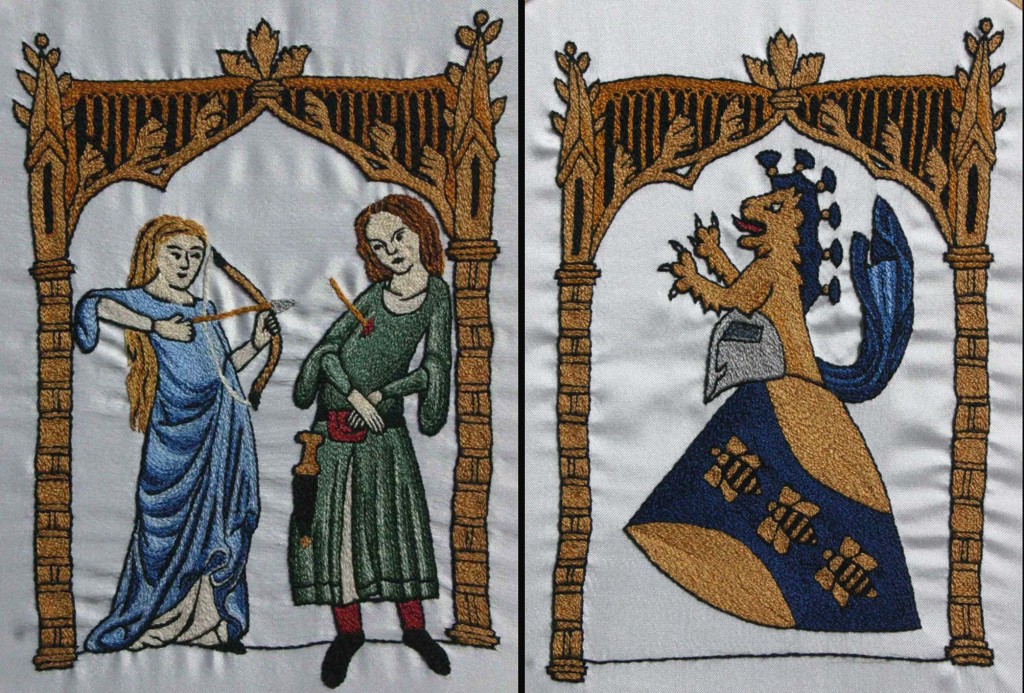 Recently one of our local embroidery laurels found an obscure reference to the use of coloured silk being used as a background to Opus Anglicanum style split stitch figures, done in a gorgeous lattice designed laid work stitch! Talk about excited. I have my hands on photos of the pieces (they’re in the V&A and to the best of our knowledge don’t appear in any publications), so I am off and running again. I’ve done a few little practice sections to see how I like the stitch and it’s going to look fabulous in Madiera 0511 Red! Works really quickly too – so hopefully I will be able to get it done quickly. Yay! I am so glad I held out and didn’t work the background in gold thread like they all wanted me to!