Last week, the Small Child thought he’d make himself some Mac ‘n’ Cheese.  You know, the horrid microwave kind, which passes itself off as food and has very doubtful nutritional properties.  It’s stupidly easy to make, full of MSG goodness and the kid loves it, (though god knows why), all you have to do is tip the sachet of macaroni into a bowl, add water, heat for three minutes on high and then stir through the pretend reconstituted cheesy stuff.  Simple right?

Unless of course you miss a vital step, like oh… I don’t know – adding water.

Then what you get, instead of Mac ‘n’ Cheese, is a house full of acrid black smoke, a useless microwave with burnt plastic walls, which now is only suitable for use as a temporary garden ornament until next kerbside pick up day.  I really wasn’t planning on replacing the microwave any time soon… but can not go putting fabric wheat packs in the (vaguely still functioning) machine twice a day, because they’ll end up reeking of charred acrid smoke and shortly after, so too, will the couch.  Yuk.

As luck would have it, it was the Small Child’s birthday in a week or so, and I decided to teach him a lesson about forgetfulness, by telling that he was getting a new microwave for his birthday as a result of the Greatly Offensive and Injurious Mac ‘n’ Cheese Incident of 2014.  I let him do the retail research and he got to put together a purchase proposal, so you know, I kindly allowed him to choose which one we needed (much to his disgust), and then we duly went out and purchased it.  Poor little guy was quiet and resigned throughout, feeling equal parts guilty at destroying the old microwave and despondent at the concept that the new one was to constitute his birthday gift.  We then got a week of telling him that his birthday present was all sorted but that he needed some new slippers, so he might get some of those too.  Little did he know, his actual birthday present had been ordered weeks ago…

As an avid young gamer, his eight year old hand me down laptop was his most prized possession and while it was okay for some things, it wasn’t really wasn’t cutting the mustard.  So we had decided it was a good time to replace and we arranged for the whole family to chip in and help us buy him a new one – one that would hopefully see him through the next four years or so.  Hopefully by that time, when he needs another upgrade – he can damn well get a job and save for it himself!  But it served our purposes at the moment to let him think that a shiny new microwave was all that birthday had in store for him… it significantly reduced the ‘I wants’ in the lead up to said birthday, that’s for sure.

Anyway, birthday morning rolled around and so began the unwrapping of some underwhelming decoy birthday presents that I literally pulled out of the emergency present box (everyone has one of them right?)…

Well, Happy Birthday kiddo… I think that was exactly the reaction we were hoping for…. except for that weird, “I am victorious!”, exclamation, which mostly just tells me he’s been playing way too many video games already, and doesn’t have a suitable vocabulary to express elation! 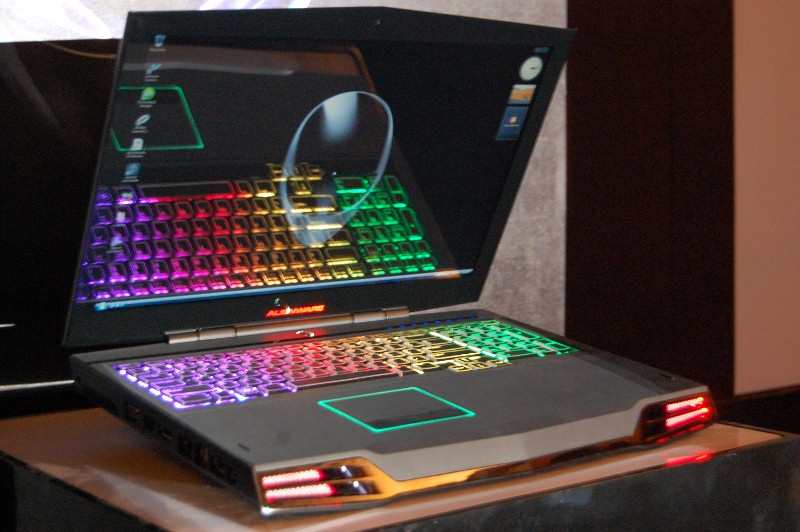 3 thoughts on “Birthday Bait and Switch”