… said someone famous, whose name escapes me at the moment. 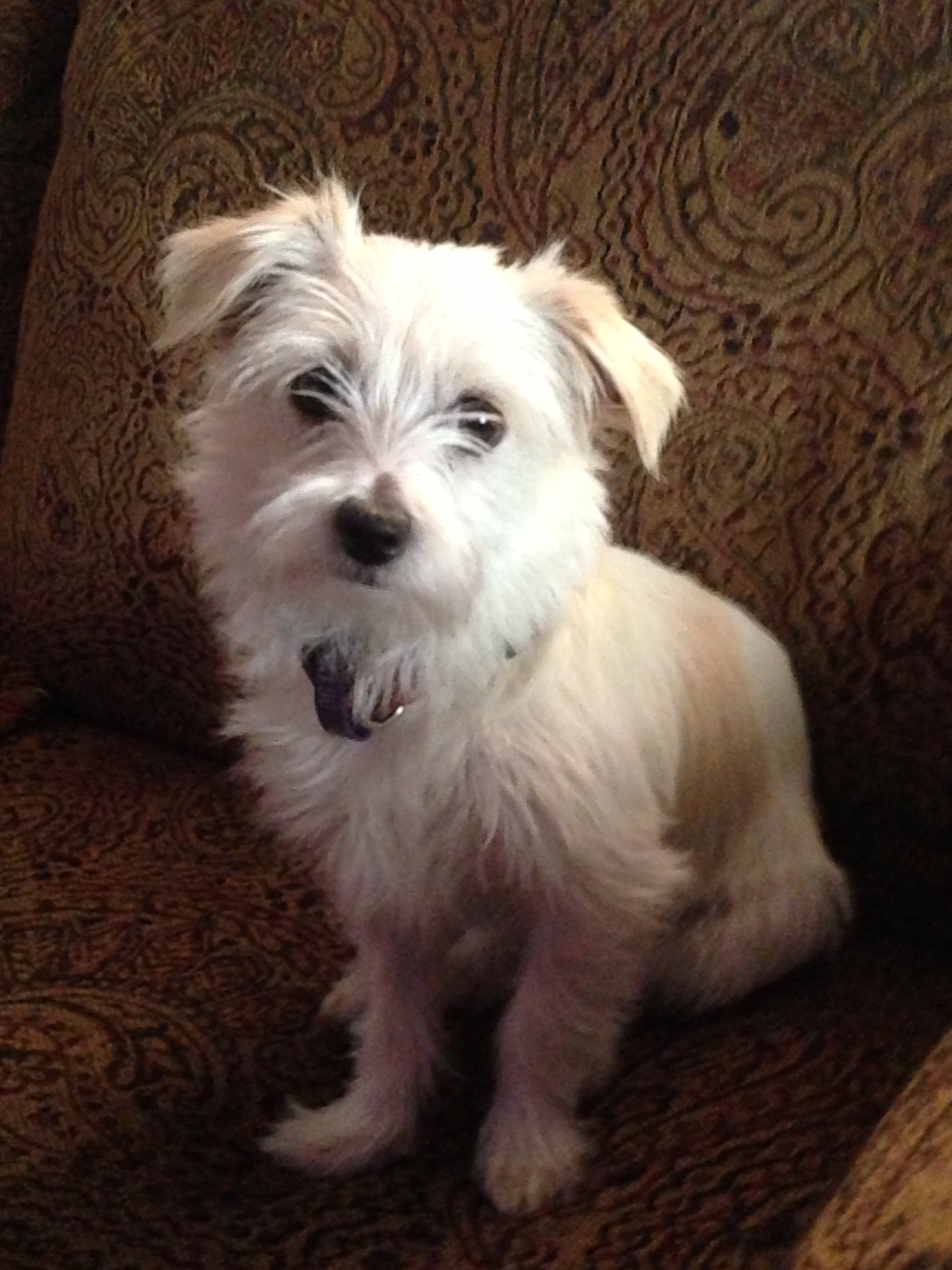 And that is what I am looking at right now.  A warm happy puppy.  Of course, she’s always been physically warm, but Alaska is increasingly ‘warming up’ to us in lots of little ways that are just melting everyone who meets her.  She’s still timid and shy and incredibly vulnerable and won’t come to us when called.  And she is still prancing about with a conflicted look in her eye when offered treats as she wrestles with her desire to come forward but her inclination to stay back.  But she’s not flinching from us anymore.  She’s not bitting or snapping or growling at anyone out of sheer terror and fear.  She’s coming out of her crate and investigating the world (well, my kitchen and living room etc… but it’s her whole world at the moment!).  She’s starting to play with Dixie instead of cowering from her exuberance.  She’s having running dreams instead of whimpering in her sleep.  She’s licking our hands and feet and even barked in excitement a few times!  Tail wagging isn’t just for special occasions anymore, it’s for everyday excitement.  She’s She’s letting other people pat her and is even sitting happily in the laps of strangers, accepting their gentle and tender affections… something this little girl was literally incapable of doing just a few short weeks ago.

I’m so proud of her.  We had a small social gathering here on Saturday night and she went from lap to lap to lap.  Taking a little treat from each new cuddler and settling in for lots of affection and attention.  Two of our guests were arguing over who was going to get to adopt her – though they have large dogs that would overwhelm little one in a heart beat, so I’m not so sure that’d be a great idea!  I’ve also had my Mum saying she wants to take her home, but I’ll believe her when she puts her money where her mouth is.  And another friend too has fallen for her timid and (now) very gentle ways.  I even think Dixie is going to miss her cuddle buddy when she finds an adoptive family! 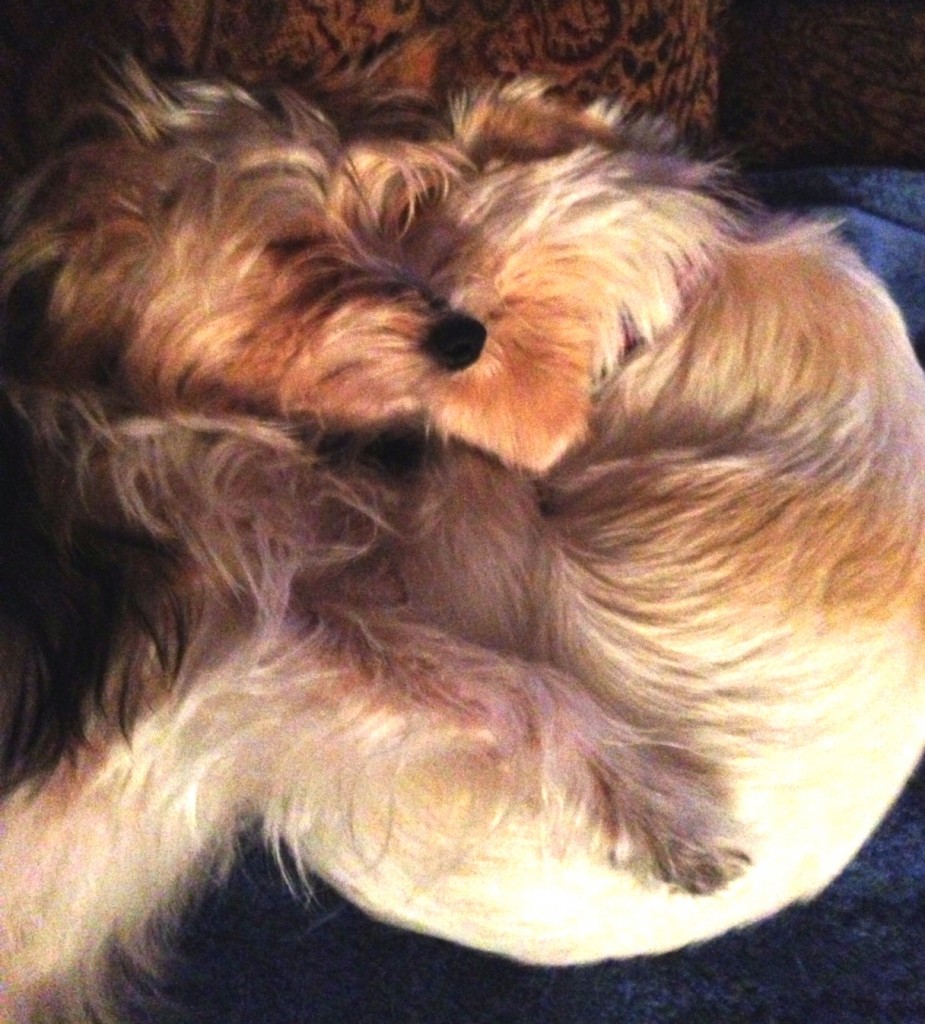 Today we went to the vet for the C5 booster and I admit I was trepidacious about the excursion.  She might be letting us pet her, but she isn’t comfortable having her feet touched.  She is allowing us to cuddle her and keep her near, but she’s getting a couple of needles, and a physical once over and oh my! … Going to get her temperature taken!  I was really apprehensive that any requirement to restrain her in any way was going to set us back to seeing her lash out and bite someone – namely me or the veterinarian.  Last thing I wanted was to see her exhibit any of the behaviours we have been working so hard to encourage her to cease.  I put her in her crate and got ready to head for our first trip to the car since she got here and she started to whimper, and run about and tremble in fear. Oh no.  Puppy dilemma… keep her in the crate (and potentially destroy her only safe haven) or transport her without it and see how she goes?  I opted for wrapping her in a favourite blue towel that smells like home, putting her on the lead for the first time in ages, and held her firmly and comforted her all the way to the vet.  She still trembled the whole trip, but we made it without any more panicky whimpering. 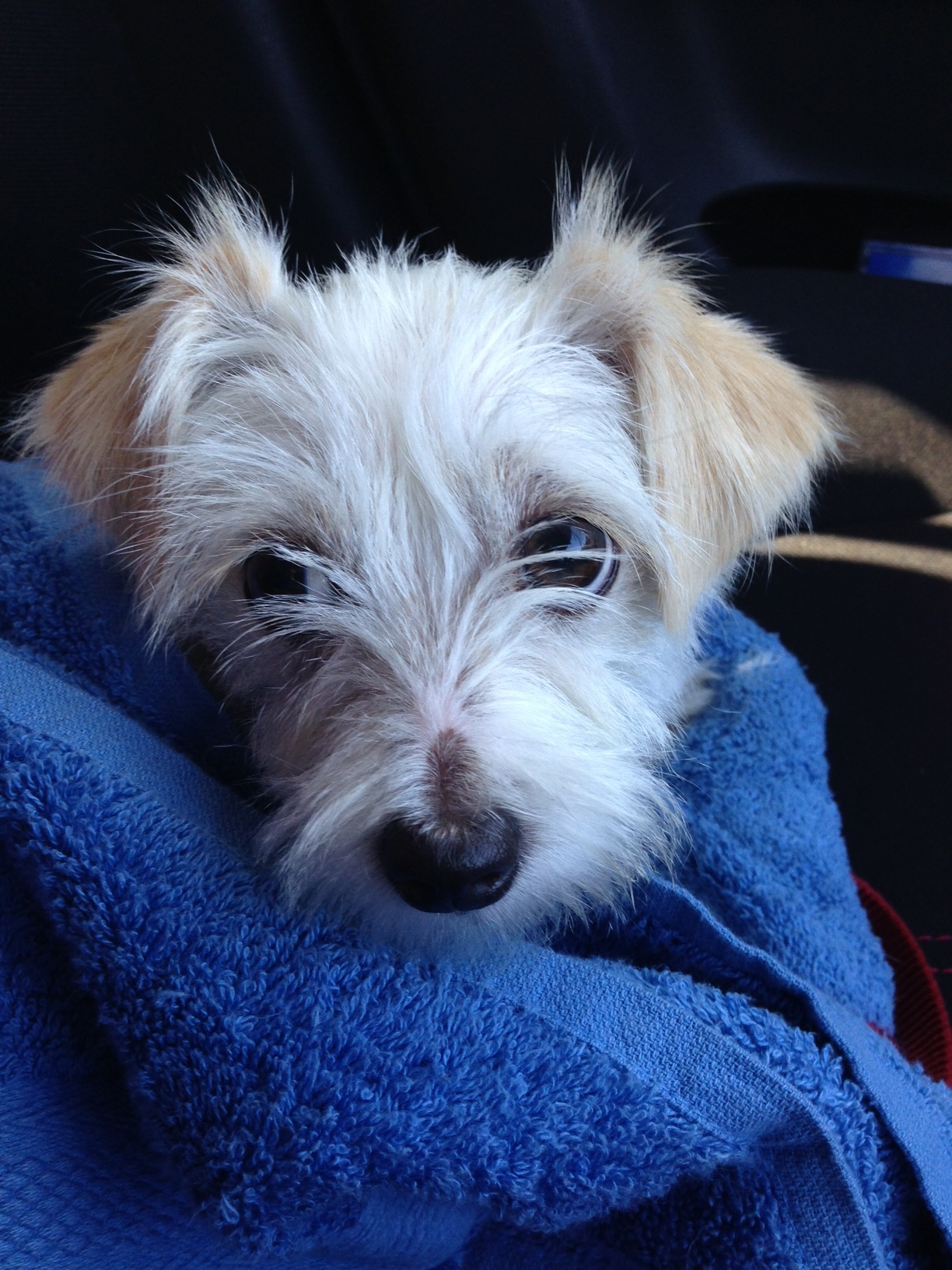 Turns out I was worried for naught.  We went to the vet – and Alaska now weighs in at a whopping 3.1kgs!  😛  She has a healthy doggy temperature, good appetite, good knees, good eyes, but other than a retained canine tooth, which could prove problematic down the track, and the ridiculously accelerated heart rate of a puppy who is really really scared… she got a clean bill of health.  Next came the shots.  I was worried about having to hold her still for the Vet, but as it turns out a little distraction with some puppy treats and some soothing sounds and cuddles and it was all over in a flash.  Go girl!

I had a chat with the vet about the behavioural issues that she USED to display (that’s our girl), and got told that she will probably always be very timid and shy.  That from here, she’s still at a point where she could go backwards, so we need to keep doing what we are doing and lots of careful attention to remind her that the peoples are not here to hurt her but that they are here to love and adore her!

So a successful visit to the Vet was had by all, and by the time we left, one vet, one receptionist and one lady-in-the-waiting-room-with-a-staffy had all fallen in love with shy little Alaska.  We then came home for a well earned rest… where she has promptly stayed for most of the day!
PS:  I think it was Charles Schultz… will have to look that up.  🙂 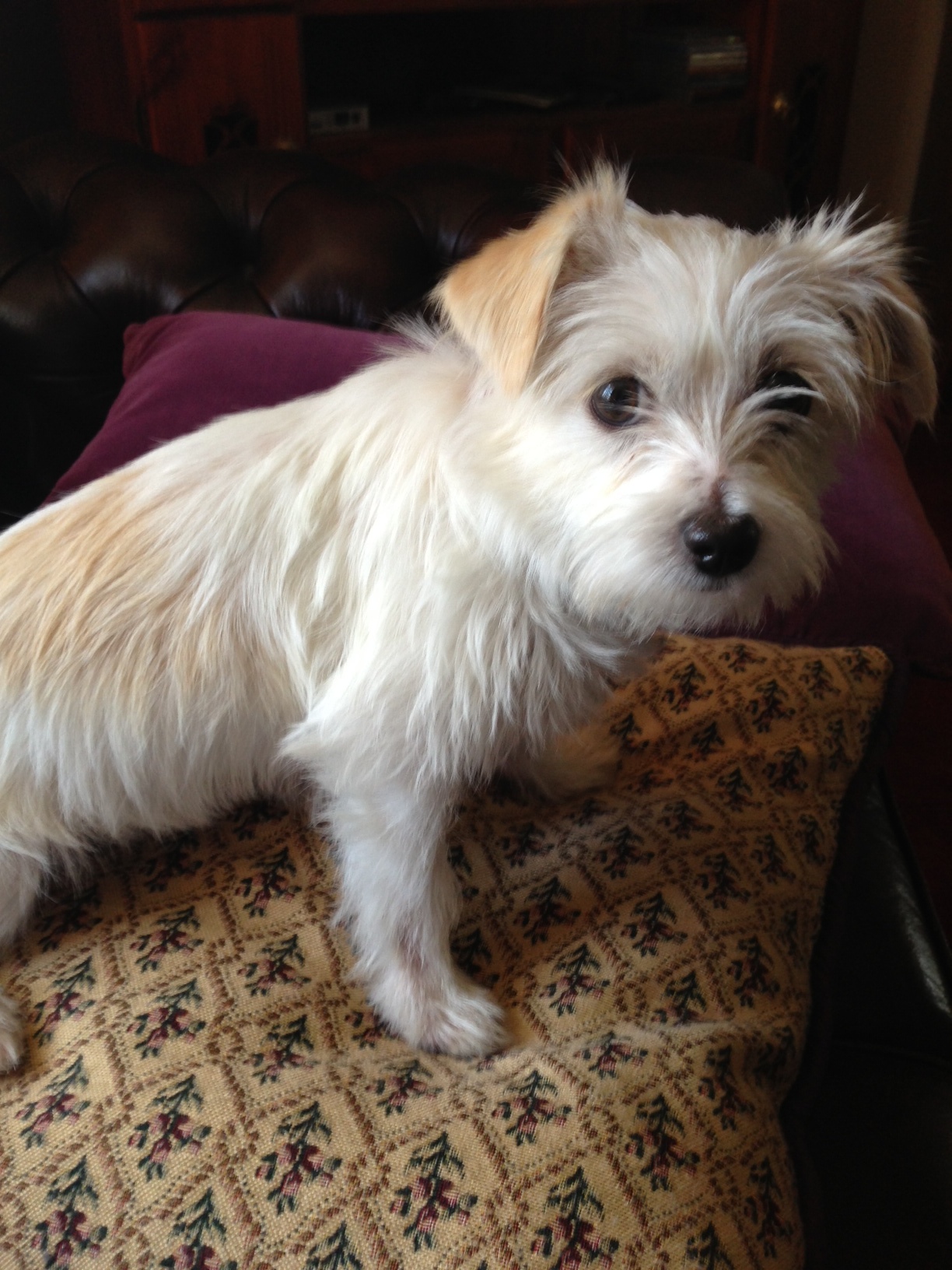 One thought on “Happiness is a warm puppy…”