The Bride was so stunning she made Grace Kelly look like an old crone.  The setting in the park amidst the autumn leaves was perfect.  The ceremony was solemn yet intimate and personal and the gorgeous couple were eventually and happily joined in blessed matrimony…. But Oy vey! was there some mad management going on behind the scenes leading up to the moment of wedded bliss!

Picture if you will, one overworked, overtired, overstressed, overwrought, overextended Bride getting ready for THE event of her young life.  Now lets give her a pervasive and persistent head cold of several weeks, a house full of soon to be in-laws and a bunch of absent staff at her pizza shops all experiencing attacks of Life(TM)… suddenly you have a very stressed and fragile young lady who feels like she’s going to cry because she can’t find a car park, and hasn’t had breakfast yet!  🙁    No one wants that.

I’ve been involved in plenty of weddings before, but this one looked like it could turn pear shaped pretty quickly under these extenuating and emotionally heightened circumstances.  Anxious and stressed Bride is a recipe for disaster, so the natural thing for any quick witted Bridesmaid in this position is to run interference, keep any potential wrinkles in the perfect planned silk satin schedule out of the Bride’s immaculately manicured hands, and swiftly fix anything and everything BEFORE it becomes a problem.   Now if only we could have gotten the rest of the team onside with the ‘Keep The Icky Problems Away From The Bride Plan’…

But here’s one I could never have predicted.  On the night before the wedding, we were staying at a friend’s house expecting a quiet night in before the big day…  one of the other houseguests casually mentions that he received a call asking him to bring his sword with him to the wedding, but it was too late, he was already en route to the airport.  With radar already on high alert, all I heard was ‘Arooga, arooga! Potentially unplanned/unknown things afoot that the Bride is unaware of?!  Arooga!’ and as such queried the need for medieval swords at a completely mundane wedding.

Some furious text messaging  between 22:30hrs and 00:15hrs confirmed the worst.  Not only was the Bride’s Father planning a surprise quasi-military ‘honour guard’ with raised steel swords at the wedding in a public park, without consulting his extremely organized Daughter With A Vision, he thought it’d be great fun to have that sword bearing ‘honour guard’ accompanied by some people holding up PIZZA BOXES for the Bride and Groom to walk under.   Hmmm… Yes, she owns some pizza shops and, yes, they are a huge part of her day to day life.  But I was at the rehearsal, I had seen the dresses, I had heard the music choices for the ceremony and had a rough idea what the ceremony text was like, and the whole thing screamed of fine lace, timeless elegance and classy silks… not pizza boxes in the park at twelve paces!

Did I think that the Bride would see this ‘surprise’ of her father’s and think, ‘Oh, Daddy, how very sweet!’, or did I think it more likely she would smile through gritted teeth thinking ‘WTF?’.  Strangely enough, with Our Bride as stressed and sick as she was, I was leaning towards the latter.  By the time I heard mention of light sabres as well as swords and pizza boxes, I was pretty sure my fellow BrideWrangler… err, I mean Bridesmaid, would agree with me, that this was potentially a tacky disaster in the making and that we were at risk of being the Bogan Wedding in the park that afternoon after all!  As it turns out after a quick consultation consisting of about ten words which included the terms ‘pizza boxes’ ‘ honour guard’ and ‘light sabres’…. yes, yes she most certainly agreed with me!  Messages flew furiously back and forth to stop the so-called ‘honour guard’ from being part of the ceremony. More messages to ask Father of the Bride to consider moving it to the reception (after the stressful part of the day was completed and also fortuitously avoiding the illegality of having steel swords in public for no legal reason).  Even more insistent and urgent messages were flying around to STOP THE PIZZA BOXES AT ALL COSTS!!!   They were completely incongruous with the elegant affair we knew the Bride had spent months planning! 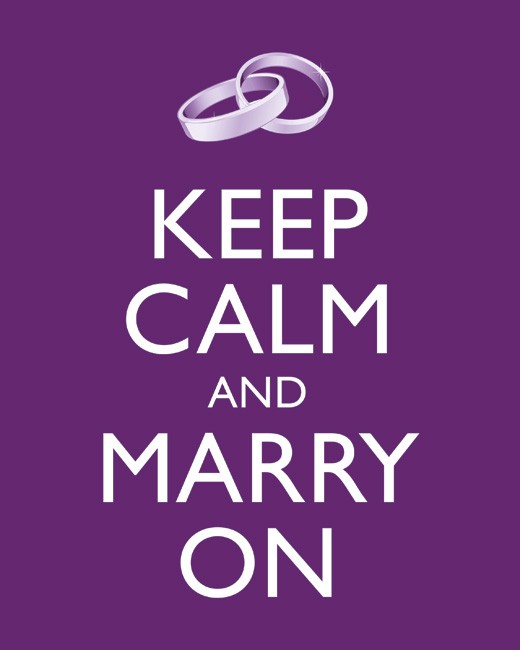 The Near Pizza Box Honour Guard Disaster saw myself and fellow Bridesmaid keeping up a constant flow of smiles, light and fluffy conversations about hair and make up, over champagne bubbles at the hairdressers on the morning of the wedding… while madly SMSing each other (sitting barely 1m apart), the Bride’s brother, the Bride’s father, some of the Groomsmen, various others in the know and the designated organizer of the ‘honour guard’ – all the while desperately trying to make sure that the Bride didn’t notice anything amiss!

The whole thing felt like a bad joke to me… Who on earth wants to surprise the Bride with what feels like a prank?  On. Her. Wedding. Day!?  I didn’t understand how the concept was even remotely appropriate, but by the time the Bride’s elegant french twist was all pinned and sprayed solidly into place, the dastardly pizza box plan was well and truly quashed and the honour guard was moved to the reception venue where steel swords indoors were less likely to run us afoul of the local constabulary, and definitely less likely to mess with the carefully coiffed elegance planned by the Bride.

But in the end we made it!  The weather was spectacular, the Bride looked absolutely stunning, the exchanging of vows and rings brought tears to the eyes of soft hearted onlookers, wonderful romantic memories were made, and the all round the day could not have turned out better!

So, the moral of the story for any Brides To Be?  It doesn’t matter whether your Bridesmaids have ill fitting frocks, are covered in tattoos or have two left feet… just make sure they are accomplished at Disaster Management and Conflict Resolution!!!

One thought on “How to: Be A Bossy Bridesmaid and Keep Smiling.”