After playing bridesmaid last weekend, I have been feeling more than a little broken all week… so I finally decided to book myself a massage and see if we could smooth out some of these muscle spasms and kinks and things.

The regular guy, Joe, who I used to see out at the little oriental massage salon no longer works there, so it’s always a bit of a risk going to see someone new in case they exacerbate my pain problems rather then help them.  Not to mention that it feels like half the appointment is spent explaining my farcical medical history and chronic pain condition.  You know, I think there’s a tipping point in there somewhere – I have to tell them I’m pretty fucked up from four car accidents, but if I tell them too much they start to get that look in their eyes that kinda says ‘Ahuh, yeeahh… I’m not touching your back with a 40′ pole!’.  Which is understandable I guess, because I’m fairly certain they don’t want their clients leaving feeling ten times worse than they did when they walked in!

Anyway, with Joe gone to places unknown, today I got Emma.  Now, normally I dislike female massage therapists.  It’s nothing personal, it’s just that they just have teeny tiny little hands, that are more than usually strong for their size which means I literally walk out of the appointments with little tiny bruises all over me from their pressing really hard on various trigger points and accupressure points etc.  I imagine this is largely my own fault and very likely stems from the fact that I rarely squeal any more.  I’ve been so fucked in the back for over 20 years now and have seen more specialists than I could possibly count… which means I’m really used to being poked and prodded causing pain responses.  So used to it in fact, that I rarely respond at all… few yelps of pain, no alteration in breathing, rarely tensing of other muscle groups, no clenching my fists or anything.  The result of this appearance of stoicism is that they often just keep going harder and harder with the pressure until they get some sort of response to let them know the pressure is too much – by which point: ecchymosis.  Meh, whatever.

Today, I went in for my massage and half disrobed and went to lay on the table.  Now if any of you out there have… how do I put this politely… tits  🙂  then you will know what I am about to say.  There’s no way you can lay on your stomach comfortably, with your head stuck down a paper lined hole, without squashing the beejeebus out of your boobs.  If any of you work in massage or physio or any profession which might require you to disrobe and lay your clients down unsupported (I’m not questioning your employment choices here…), can I just suggest that a couple of rolled up hand towels (one for under the front of each shoulder) wouldn’t go astray to make things more comfortable for those bustier individuals amongst your clientele.  There is nothing quite so relaxing as the anticipation of the prospect of squishing the living shit out of your breasts for the following hour! 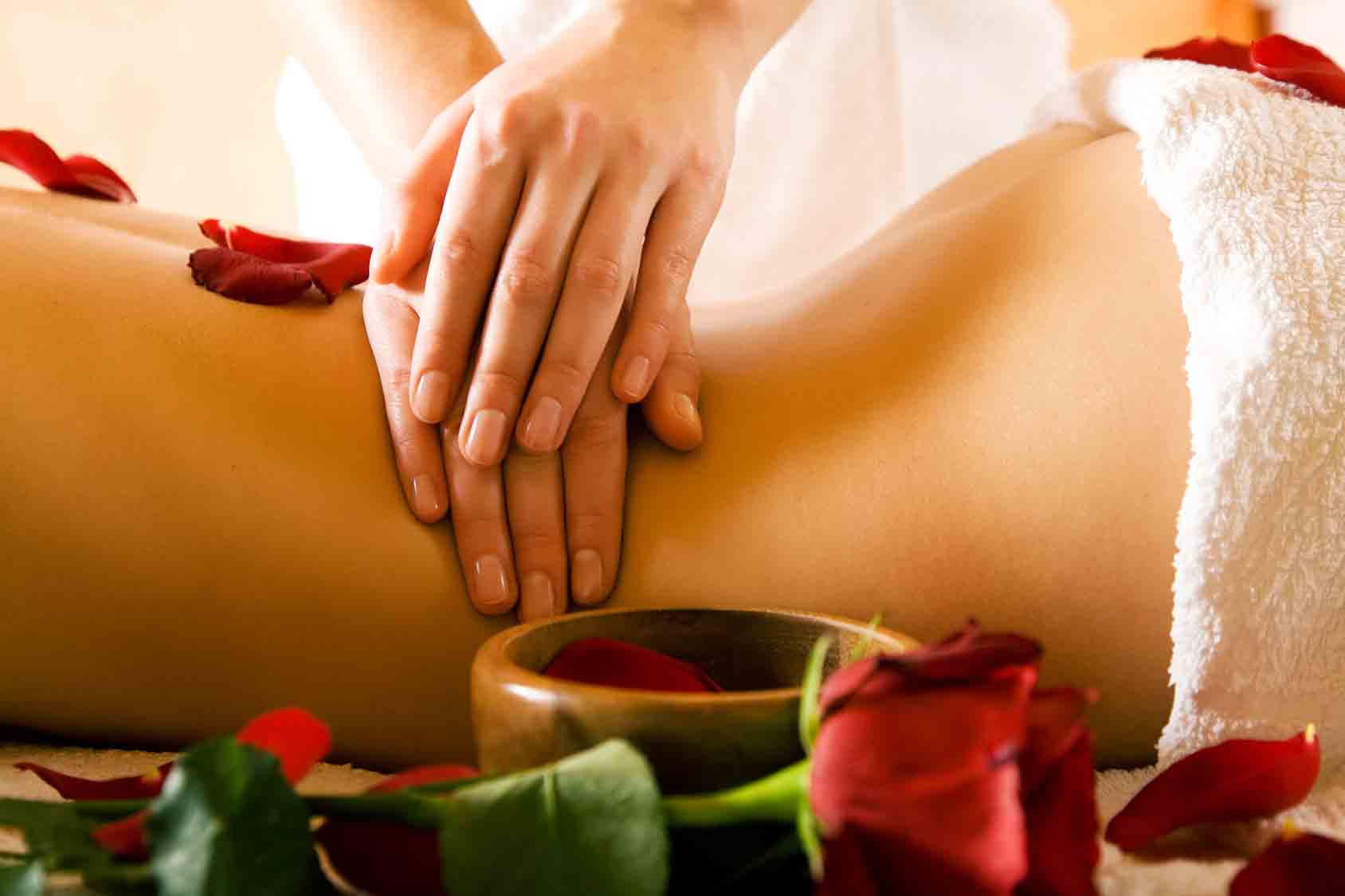 Massages always seem so inviting, but when you’re on the table it’s more like a torture rack!?

Anyway, I tried to get as comfortable as possible under the circumstances and subsequently attempted to zone out a bit listening to the Japanese mediation music being played in the massage establishment… but instead all I could hear with this ‘doof doof doof’ from turns out to be the BOSE store next door!  What sort of moronic mall planners put a stereo equipment store right beside a relaxation massage place?  I must have spent the first five to ten minutes of my massage wondering how stoned were the Centre Management when they made that decision?!  Oh well, apply more effort to ignore the addiction to bass going on in the next room… and just try to breathe. Breathe and relax. :/

Emma as it turns out has very pointy hands (as predicted) but I forgot about the elbows!  And OMG did she know how to use them!  By the time she got into my tender spots with her elbows, I totally forgot how uncomfortable my poor abused bust was!  She was digging in around my shoulder blades with her elbows, all up and down my spine in various place, down in behind my hips (fuck that hurts!) and just in with the pointy elbows from hell.  When I finally got some respite from the pointy elbows hitting all my tense bits that I didn’t even know were sore, she did the weirdest thing to my hands and arms… kinda flicked and punched them all up and down both arms.  I have no idea why.  I didn’t ask, indeed, it’s rather hard to talk when your face is shoved into one of those hole-y massage tables which squish your cheeks in a rather indecorous fashion…  but it felt like I was being ‘pinched and punched for the first of the month’ all over the shop!  Wanted to tell her ‘Hey!  Tomorrow is June 1st, lay off, lady!’

After going half a dozen rounds with Pointy Emma, I was quite surprised to find that I could actually still walk at the end of it, which is always a huge bonus in my book!  Now, the proof will be in the pudding… will I be able to actually move tomorrow, or has Pointy Emma left me feeling like I’ve been hit by a 5′ nothing little Asian Mack truck?!