So it turns out that having a knock ’em down, drag ’em out verbal altercation with some midrank public servants from Qld Police Service’s Weapons Licensing Branch who don’t know shit from Shinola (in this case the parameters of their job or the legislation they work under) can be quite cathartic.  Had the best night sleep last night that I’ve had in months… 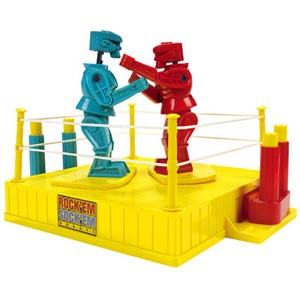 Yesterday, poor Ms E from Weapons Licensing Branch called me to tell me that both copies of my lost application were still lost and that the fax copy that I sent through yesterday (at her request!) was unable to be processed because they still needed the original documents.  In a time honoured tradition, the addle-pated Ms E actually blamed the loss of these documents on AUSTRALIA POST, adding insult to injury by confirming that these forms containing a great deal of my personal information could be literally anywhere!  It was at this point, that I kinda lost my patience with Ms E and her request for a fax that she could not, or would not, process and her utilization of the completely impotent and infuriating, yet regularly deployed, ‘Australia Post Defense’, resulting in a strongly worded request to speak to her supervisor or someone in a position of authority – who turned out to be the ominously, yet aptly, named, Authorizing Officer.

Finally through to the Authorizing Officer!  After much indignant wailing and gnashing of teeth over the absence of qualitative advice from their staff, the lack of secure processes for interoffice information transfer, the sheer redundancy of Ms E asking me for a fax she claims she is unable to process anyway, and my complete lack of faith in the WLB due to ever interaction I’ve ever had with them being tainted either by complete incompetence, gross ignorance of the legislation and a now concreted belief that they are either grossly understaffed or criminally under trained for their roles – the Authorizing Officer duly advises me that they can process the application on the faxed documents I provided after waiting a few more days for the originals (further confirming that the info I had gained from Ms E, not five minutes earlier was also ill informed and ill advised) and that they will endeavour to do so in a ‘reasonable’ time frame…  not a timely manner, but a ‘reasonable’ time frame.

Now I don’t know about you but using words like ‘reasonable time frame’ to someone who is complaining about having waited two and a half weeks only to discover you’ve lost their paperwork, is like waving a red flag at a bull… and so it was in this case too.  After an increasing vituperative tirade at the Authorizing Officer who found herself rapidly back pedaling as I picked holes in everything that she and Ms E before her, had told me – the phone call eventually came to an abrupt end after I received assurances that the application would be processed, using the unprocessable faxed documents, without any further delay, and that every means possible would be undertaken to locate the original documents which contain my personal information.  Additionally, I  left the Authorizing Officer looking forward to the letter to the Minister of Police that I may be writing regarding the lack of security with which personal information is subjected, the lack of training and/or basic understanding of legislation affecting their roles demonstrated by WLB staff and the lack of reliable and qualitative customer service repeatedly evidenced during every single interaction I’ve ever had with WLB!!!  Yes, I was on a bit of a roll…

At which point I turn around to see several of my fellow Latin students looking at me with various degrees of alarm and/or awe and muttering variations of, “Remind me never to piss you off”.   :$