Spent our last morning in Tokyo doing some creative packing – we hadn’t exactly gone mad on the shopping, but seems quite a bit of the stuff we did pick up was just irregular in size and shape and hard to square away, so even though the Packing Gene runs in my family, it took far longer than I anticipated. 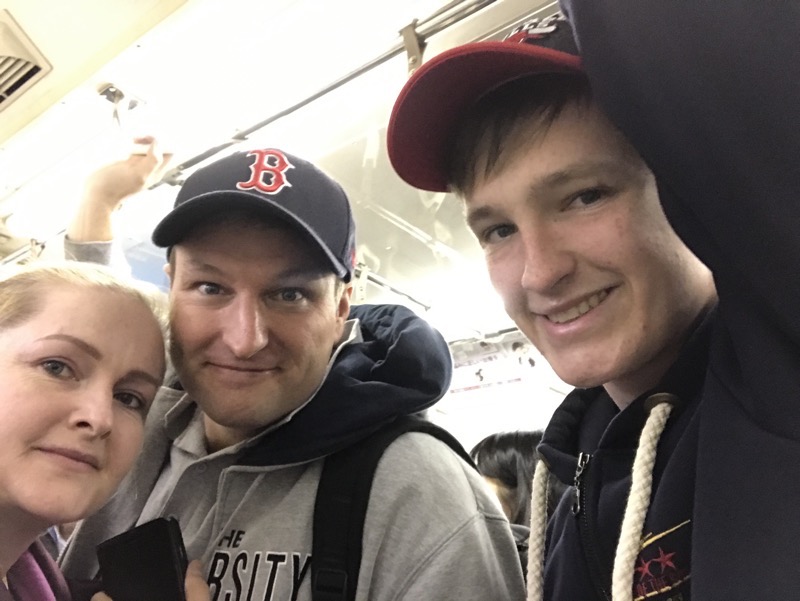 Once we had our bags all sorted we jumped the subway into town to pop into the Odakyu Department Store to hunt for homewares (of all things).  Odakyu is a 16 floor department store with an amazing food hall in the basement and plenty of fancy restaurants on the top floors.  In between is just about everything you might find in an enormous Myer/David Jones but with a Japanese flavour. 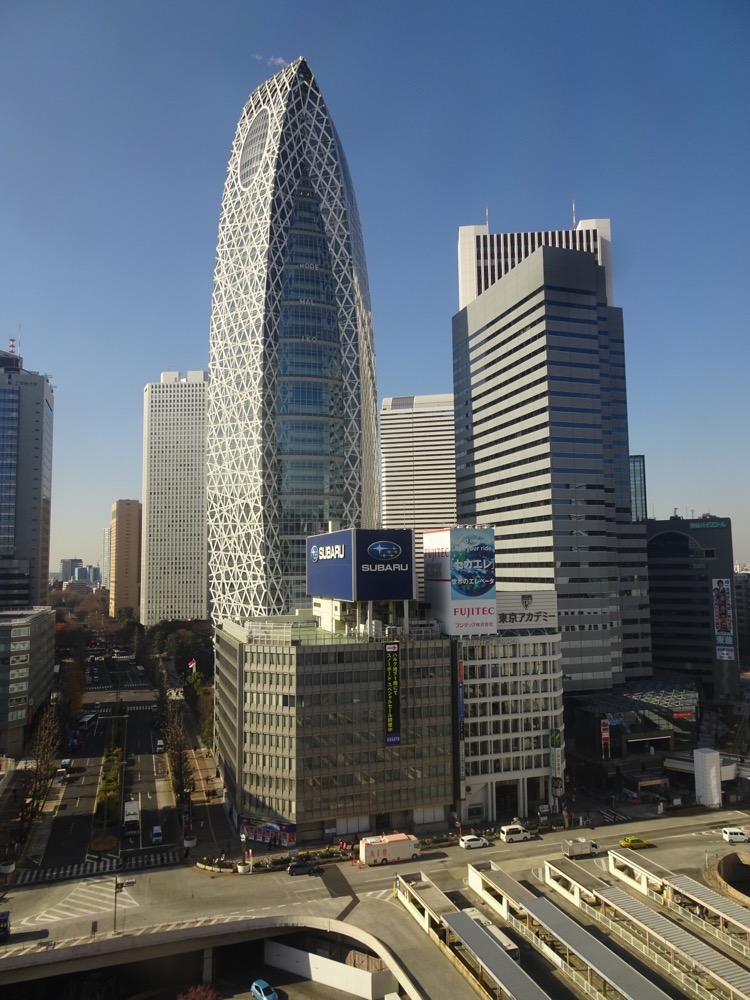 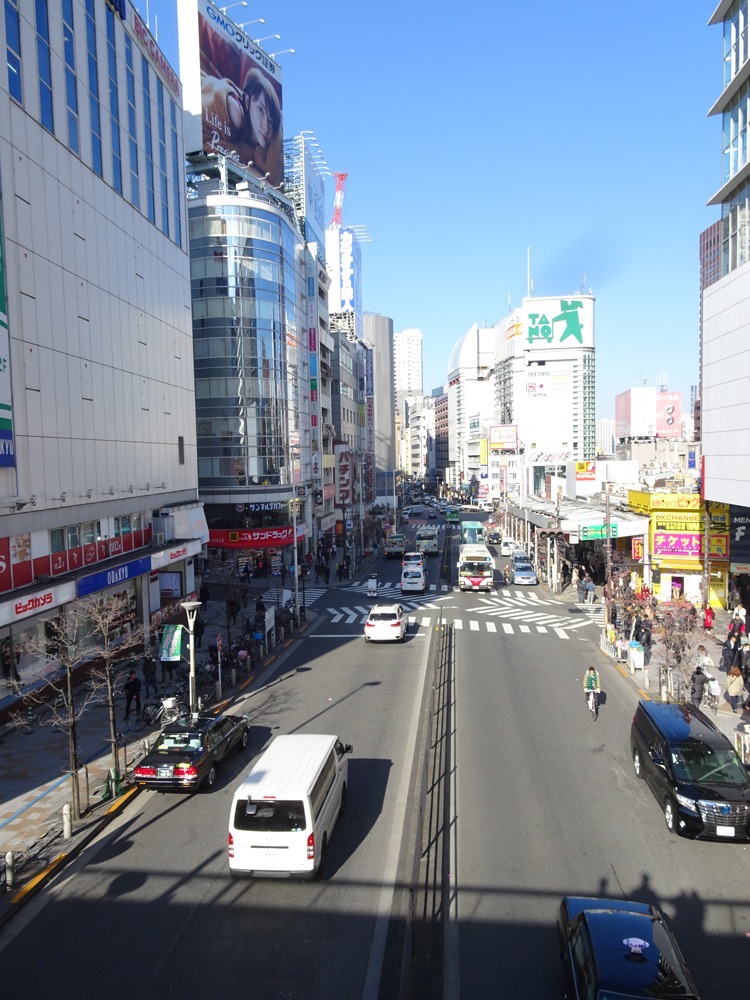 I love the plastic food outside of restaurants – there should be more of it in western countries, I say.  🙂 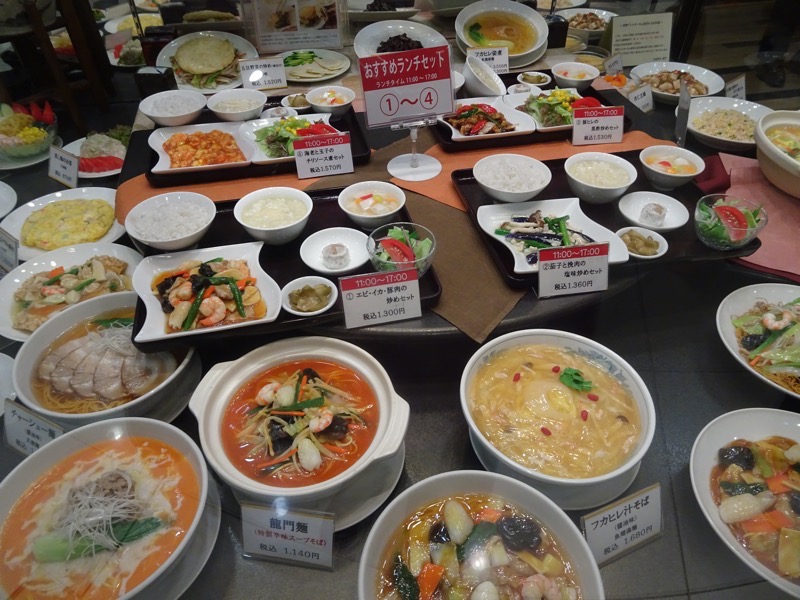 The fresh food hall was amazing – and the seafood looked incredible. 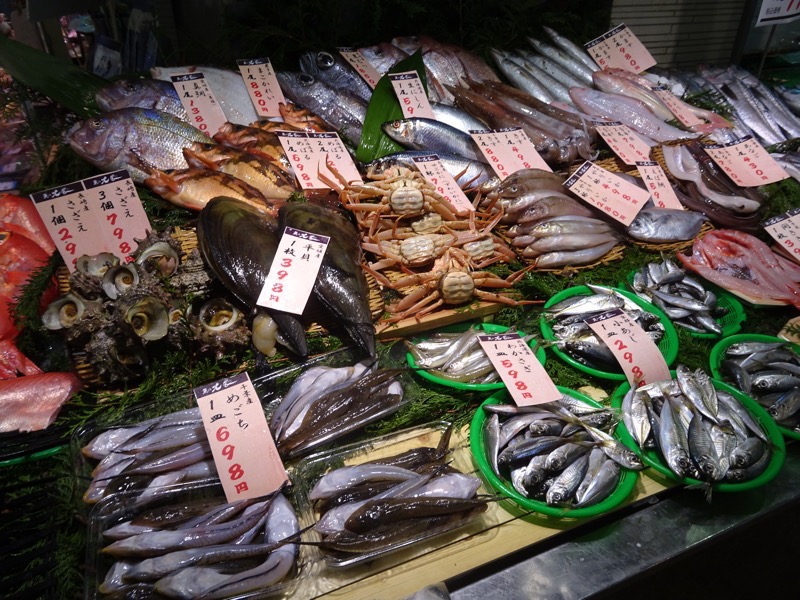 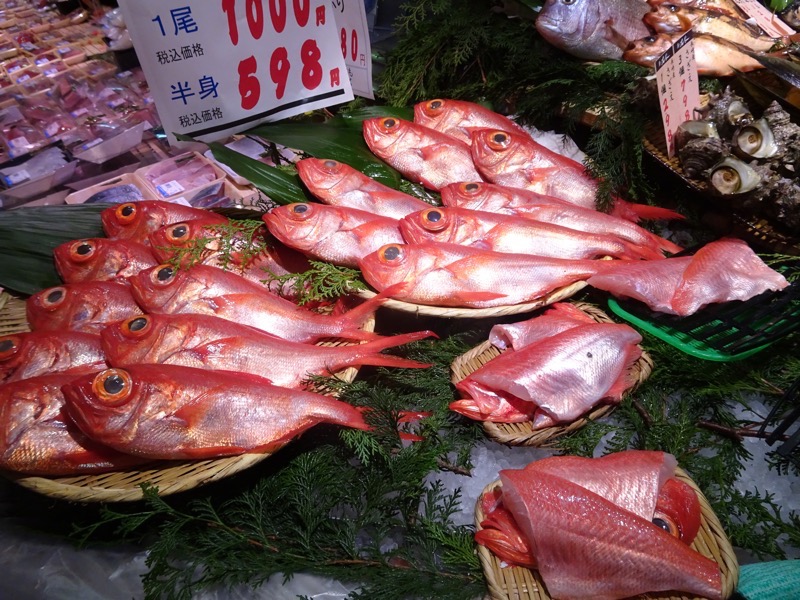 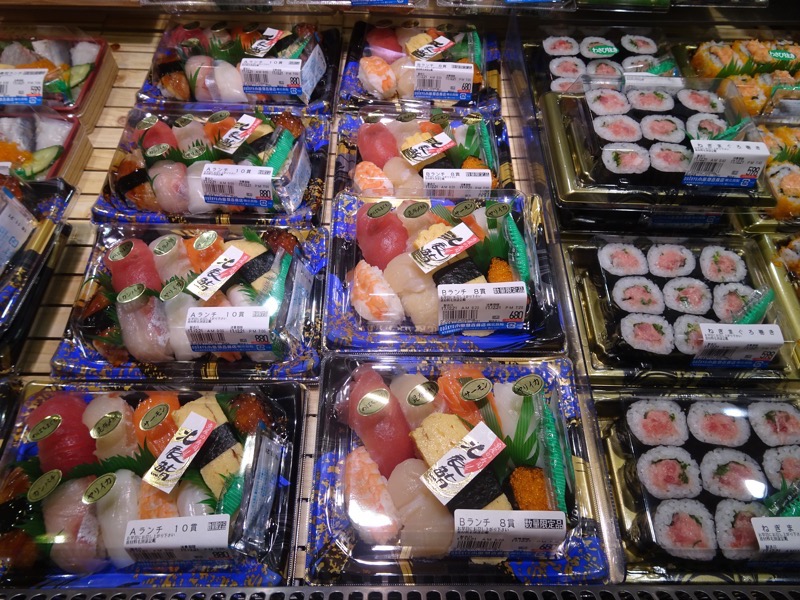 Eventually, it was that horrible sad time to start our transit and head to the airport.  We took the NEX (Narita Express) train which like all trains here was clean and comfy and well appointed.  We arrived at the airport just in time to deal with the overly officious Japanese love of paperwork… passport presentation at the self-check-in kiosks, and again at the actual bag drog/check-in counter – I swear we were effectively checked in again at the ‘bag drop’ counter as the passports were all inspected, boarding passes double checked, baggage tags issued and the whole thing took longer than the self-check-in. Then of course, the security check where I got a thorough frisk down because of the underwires in my bra (and the security chickie was not shy!), then customs and immigration and it was passports again, and by the time we went through all this, the two hours early at the airport turned into 10 mins to find our gate!

Nevermind, we were there in plenty of time for a quick whip around they duty-free (only to discover nothing we actually needed) and a few minutes to charge a phone and then it was onto the plane with more officiousness… passports, scanning and stamping of boarding passes?!  The Japanese LOVE their official stamps – even going into a tourist attraction or a museum, you will buy a ticket and then two minutes later another employee is putting a stamp on it to double check your ticket?? No idea why.

In the end we boarded our Air Canada flight without a small delay but without too much hassle.  The fight was about… oh 15% good -largely due to the plentiful sake which just seemed to keep multiplying thanks to a friendly flight attendant. 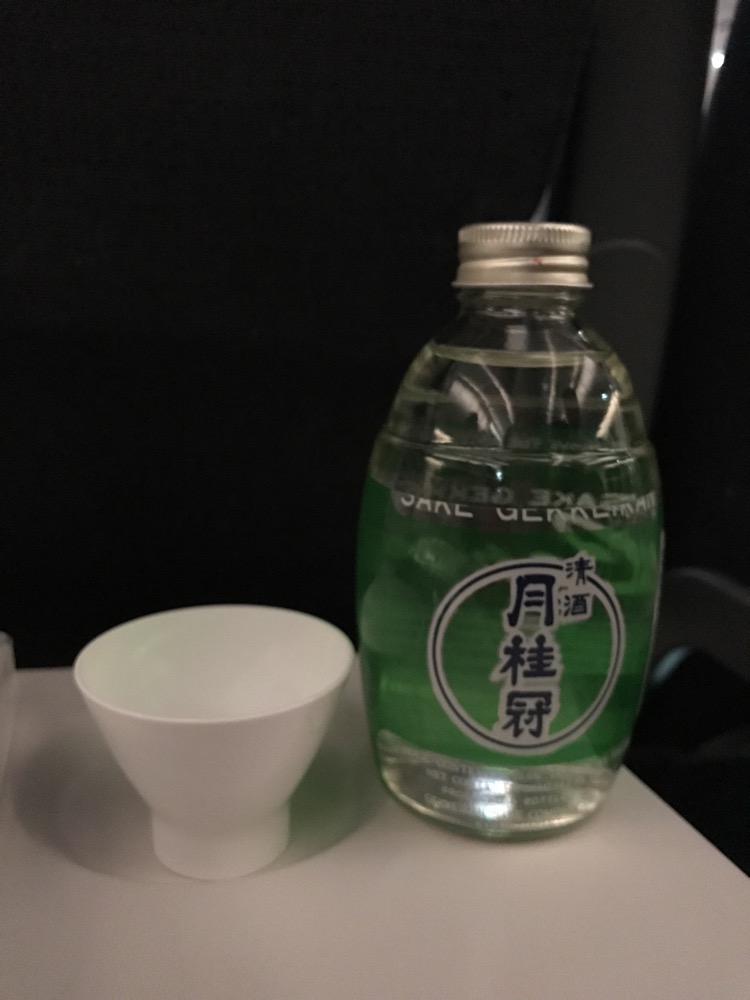 None of us fared particularly well on the flight – being 8 hours of overtired, announcements in three languages and a few too many unhappy babies on the flight.  But we arrived on time in Vancouver and were happily greeted by an unexpectedly smooth customs/immigration* and then transfer through to our smaller flight to Victoria.

*There is an epic administrative clusterfuck omitted here about how Canadian immigration processes for dual citizens have recently changed and Canadia citizens holding multiple passports are no longer eligible to enter Canada on their non-Canadian (in our case, Australian) passports using the very simple and cheap eTA visa system, but instead are expected to get their Canadian passports renewed (even if they haven’t had one for 20 years!) in order to be allowed back in their native country for a holiday.  Which of course we were unaware of until about four weeks prior to departure, and passport applications were hastily submitted, but demand at the consulate was leading to inevitable delays and they weren’t going to be processed in time, leading to ‘Emergency eTAs being issued on the original Australian passport the hapless ex-pat Canadians wanted to use anyway! Details omitted because the huge time sucking drama and expensive of it all, has left those involved somewhat traumatised – though having just written this truncated version of the entire saga means it’s not really ‘omitted’ anymore, doesn’t it?  #showerthoughts

Where was I? Oh yes, Vancouver International transiting over to Vancouver Domestic to find out our plane to Victoria (BC’s capital) looked like this… propellors.  I hate small planes. Then we were delayed for about an hour, because they needed to put ‘snow tyres’ on the plane.  😮  Now, we could see this little plane on the tarmac the whole time we were delayed, and no one went anywhere near the tyres while we were waiting for that hour.  Personally, I think the pilot was just running late…  Probably off having a shag and lost track of time or something. All good, we eventually took off, survived the rather bumpy short flight to Victoria and picked up our rental car and before you know it we were driving across the Malahat Highway towards Duncan.  Now, when we booked this trip, we were aware that we were coming to Canada for a White Christmas that was unlikely to be white at all due to Duncan and surrounds being not far off sea level and hardly ever having snow… .but Mr K’s Parking Fairy seems to have kicked it up a notch and the further we got from Victoria, the more of the white cold stuff we saw!  Seems the region had a very unseasonal snow dump on Tuesday and was scheduled for even more to come!  It is currently even predicting it to be actually snowing on Christmas Day too – so we are expecting a White Christmas after all!  The kids are so excited… oh screw it – I’m excited!  And from the reactions of some of the Canadian relatives, they are pretty excited about a White Christmas too.  🙂 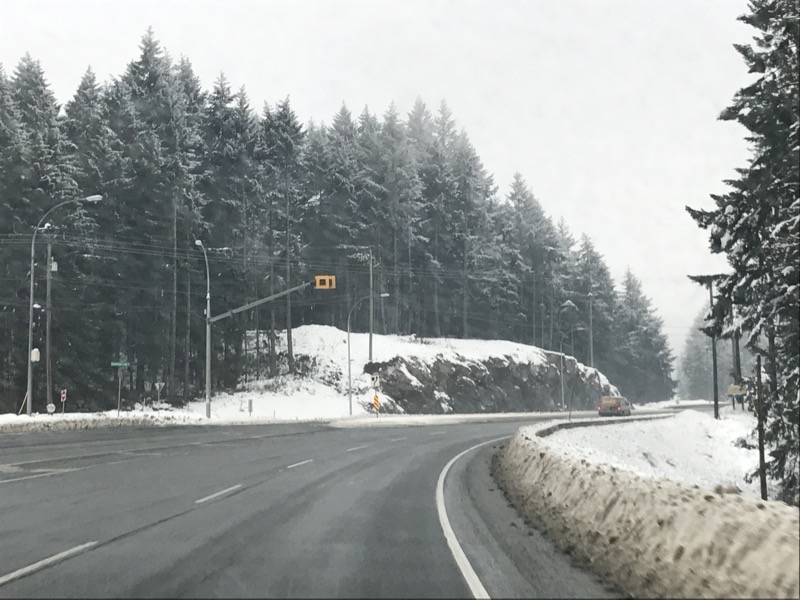 TIL snowy and speed landscape photography out the car window, do not mix. 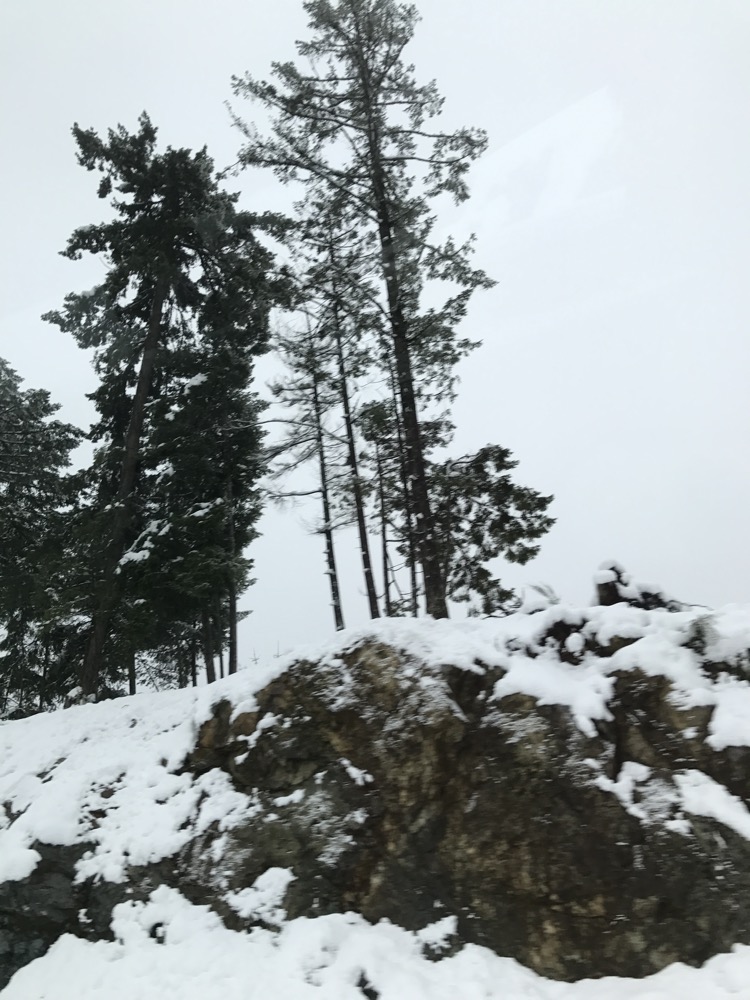 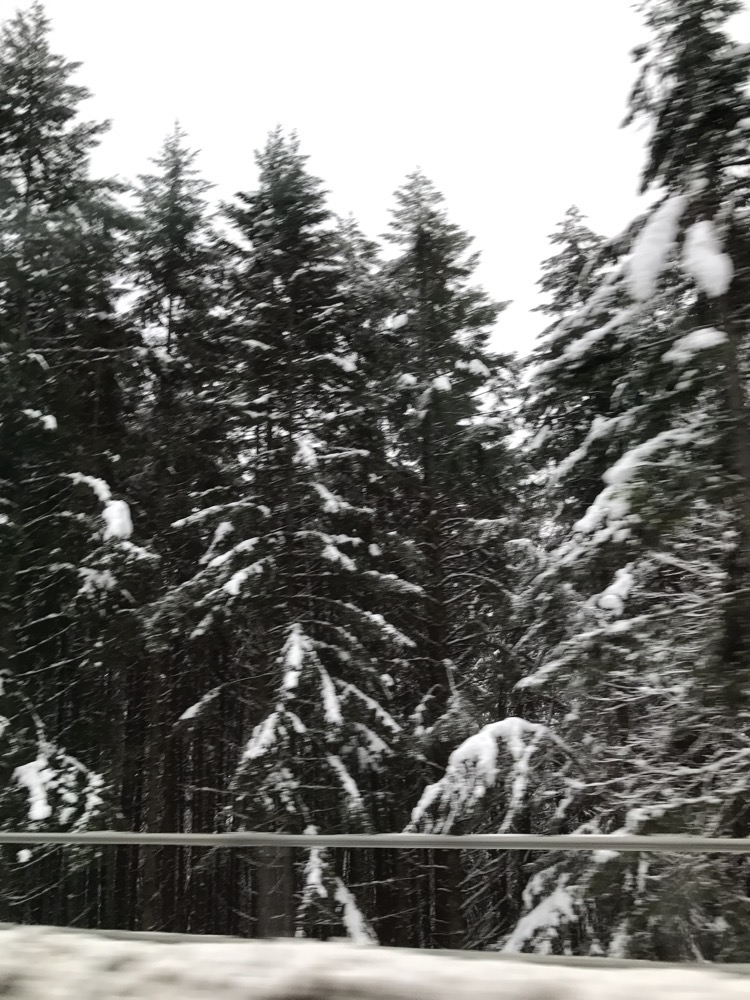 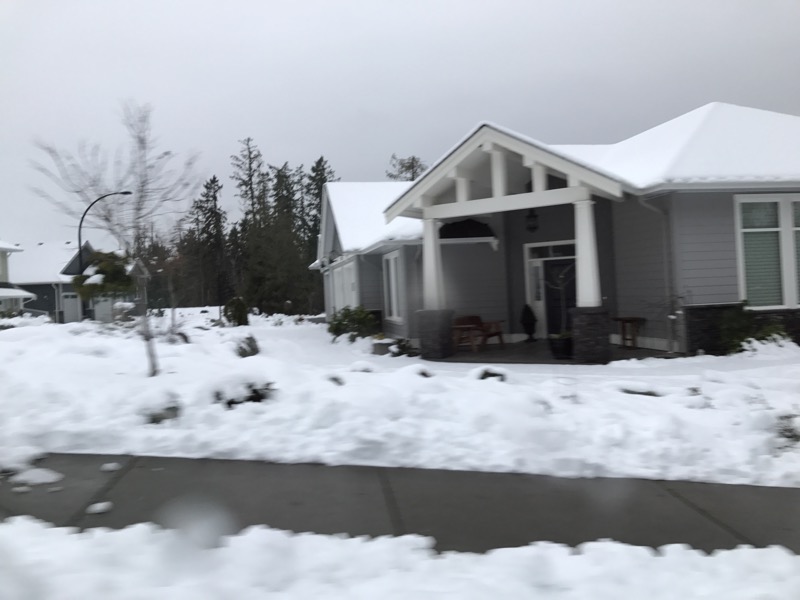 We pulled up to Mr K’s uncle’s house and were greeted by this tree… which I had to double check was actually real, because it looks like something out of a store.  But yes, apparently it’s real. As night fell, it started to gently snow some more and the front yard looks like something from a movie. So all up – not too horrid a transit, and being greeted by the prospect of an actual White Christmas made for a bucnh of very excited Aussies bouncing around last night trying to stay awake until a reasonable hour to turn in.