Our fearless leader of the Sea Princess, Captain Gennaro Arma, gives us a noon day announcement with the ship’s position, a bit of weather, and usually a bit of nautical trivia or sometimes a joke.  He’s probably the most informative and interesting captain I have ever sailed with. 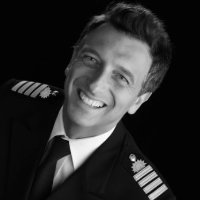 Unfortunately, we all knew we were losing him in Rio… however, a couple of days before Rio, he came over the public address system and told us that his replacement, Captain Paolo Ravera, was detained and we were going to have to put up with him a bit longer.  You should have heard the cheers in the dining room!  I’ve never seen anything like it – everyone was pleased to be keeping him, even for just a little while longer.


We have since learned we will get to keep him until Barbados, and while I am sure he is keen to get home to see his family, we’d love to keep him until we get back to Sydney!  He’s absolutely the best… and it doesn’t hurt that he’s a very handsome man with a fabulous accent.  😉 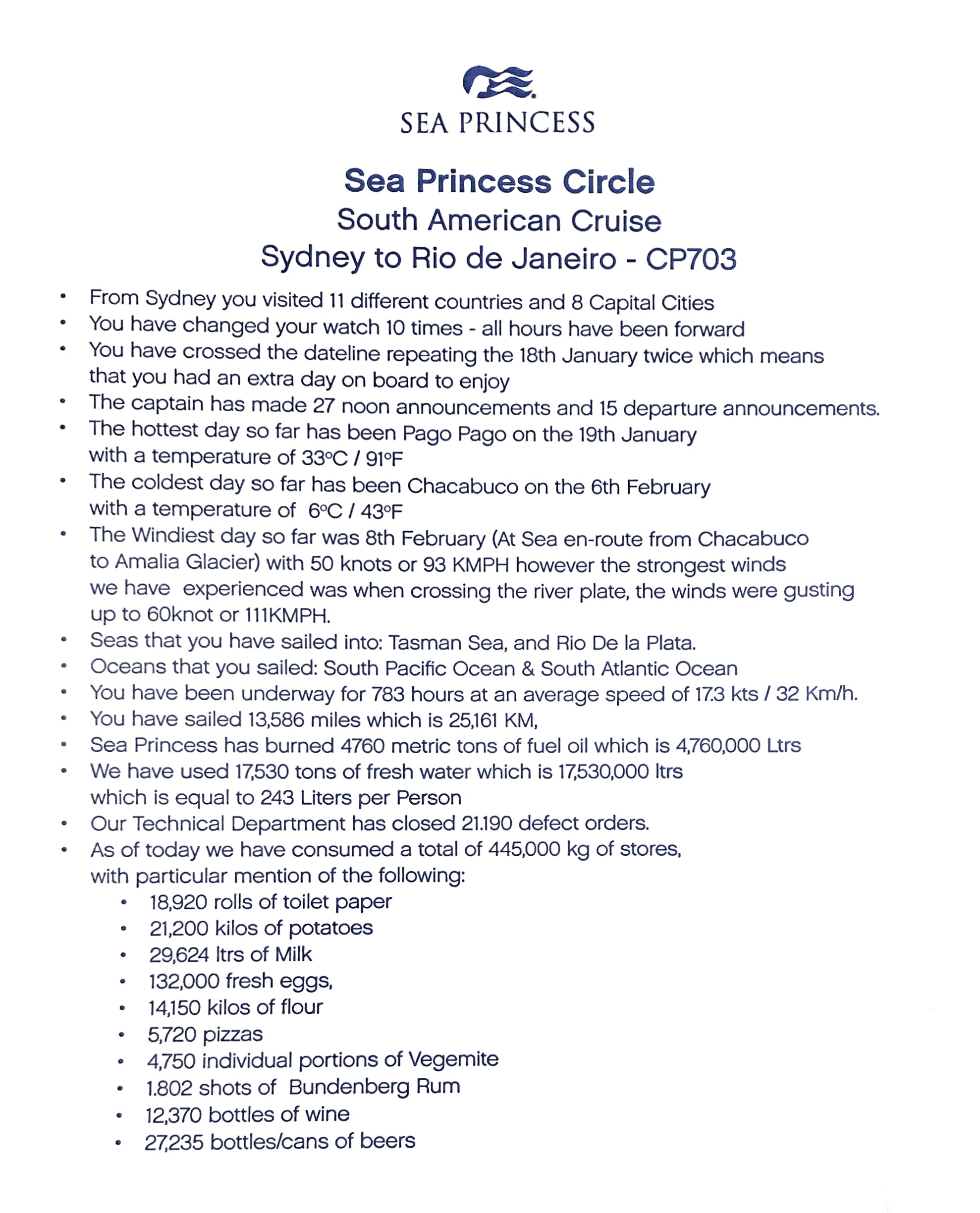 UPDATE:
We had a ‘Meet the Captain’ interview with Captain Gennaro Arma this afternoon.  It was something organised by Jen, the Cruise Director in the Vista Lounge, and they were overwhelmed at the turn out – I have only ever seen the Vista Lounge that packed when they have a muster drill!  He was met with a rousing round of applause and the interview was good fun – people had written in questions for the Captain, ‘where was he from, how long has he been in command, what is his background, how did he train to become a captain, what do you miss about home, what’s your favourite/least favourite ports?’ etc. And he answered all the questions candidly and in good cheer.  His favourite part of his job is navigating the ship into new ports – he enjoys the challenge.  He claims the most nerve wracking part of his job is the one part of the role that all his naval studies didn’t prepare him for – public speaking.  Though I must say he is very, very good at it; very charming and he has a great sense of humour.

There have been so many people sending their regards, thanks and well wishes through to the Captain via the Wake Show that something very unusual and potentially unprecedented (in my cruise experiences anyway) has occurred – the passengers have been writing their words of admiration and gratitude into a journal that is going to be given to the Captain as a keepsake of this cruise when he disembarks in Barbados.  When he was told about it, he was completely blown away.  This is only his second command and he has been overwhelmed by the warm reception he has had from the guests… so, I guess he’s onto something with his laid back and candid style of making sure the passengers feel informed.

After eighteen cruises, I think Captain Arma is the best Captain I have sailed with, and I look forward to sailing with him again.  In fact, if I was doing another lap around NZ or the Sth Pacific Islands, I would seriously consider choosing the itinerary and sale date based on his being at the helm.  He’s just that good.

2 thoughts on “Captain Gennaro Arma on the Sea Princess”