Today we were off on a big day trip to Lake  Towada and Mount Hokkado from the port of Aomori.  Things I learned  about Aomori today – Aomori is known its apple orchards,  its delicious sea scallops and (this will surprise you…), its festivals!  The Japanese seem to love their festivals.

The Aomori region apparently produces over 50% of Japan’s apples, which is neither here nor there, as a factoid to share on a travel post until it became exceedingly apparent that apples are everything here. Apple juice. Apple candy. Apple cheese caramels? Apple mascots. Apple magnets, pins, dangly things and other souvenirs and apple flavoured everything.  And miles upon miles of apple orchards to drive through.

So anyway, we are on our way to Lake Towada, which is a crater lake at approximately 400m elevation, and weirdly is 326.8m deep at it’s deepest point.  It was formed by a volcanic crater about 50,000 years ago.  The Lake is about 10x8km in size.  There are over 7000 islands in Japanese archipelago, with over 80 volcanos and four main islands.  It is a very mountainous country full of volcanic activity, craters, hot springs and all good things like that.  Due to the incredible depth and the purity of the water, the lake looks a deep cobalt blue that doesn’t really show through on the pics very well (or perhaps it was because the day was overcast).  The is a gorgeous place of green trees, and lovely camping grounds with amazing fishing – trout, cherry salmon, eel, various white fishes and shrimp are favourites.

Naturally, the Lake has its own festival that happens at the end of July, and locals come out to walk the 50km circumfrence of the lake, which apparently takes about 12 hours to accomplish.  I didn’t think too much of this until I saw the lake’s edge – it’s not exactly flat???  But apparently thousands of people congretate on the lake to walk for the festival.

Lake Towada is reached by driving through the Forest of Long Life – such a cool name for a forest in a National Park. We stopped part way through the forest at the Haka Pass Lookout which is at the end of the Sea of Forest Road.  We couldn’t see a lot as there was plenty of fog about so our guide encouraged us to, “please enjoy the mysterious view”.  There was lots of mystery to be had today as we were to find out later.

The cruise around Lake Towada leaves from a small town called Yasumiya, which means ‘resting place.  It was a place where Buddhist monks stayed while visiting the local Towada Shrine. 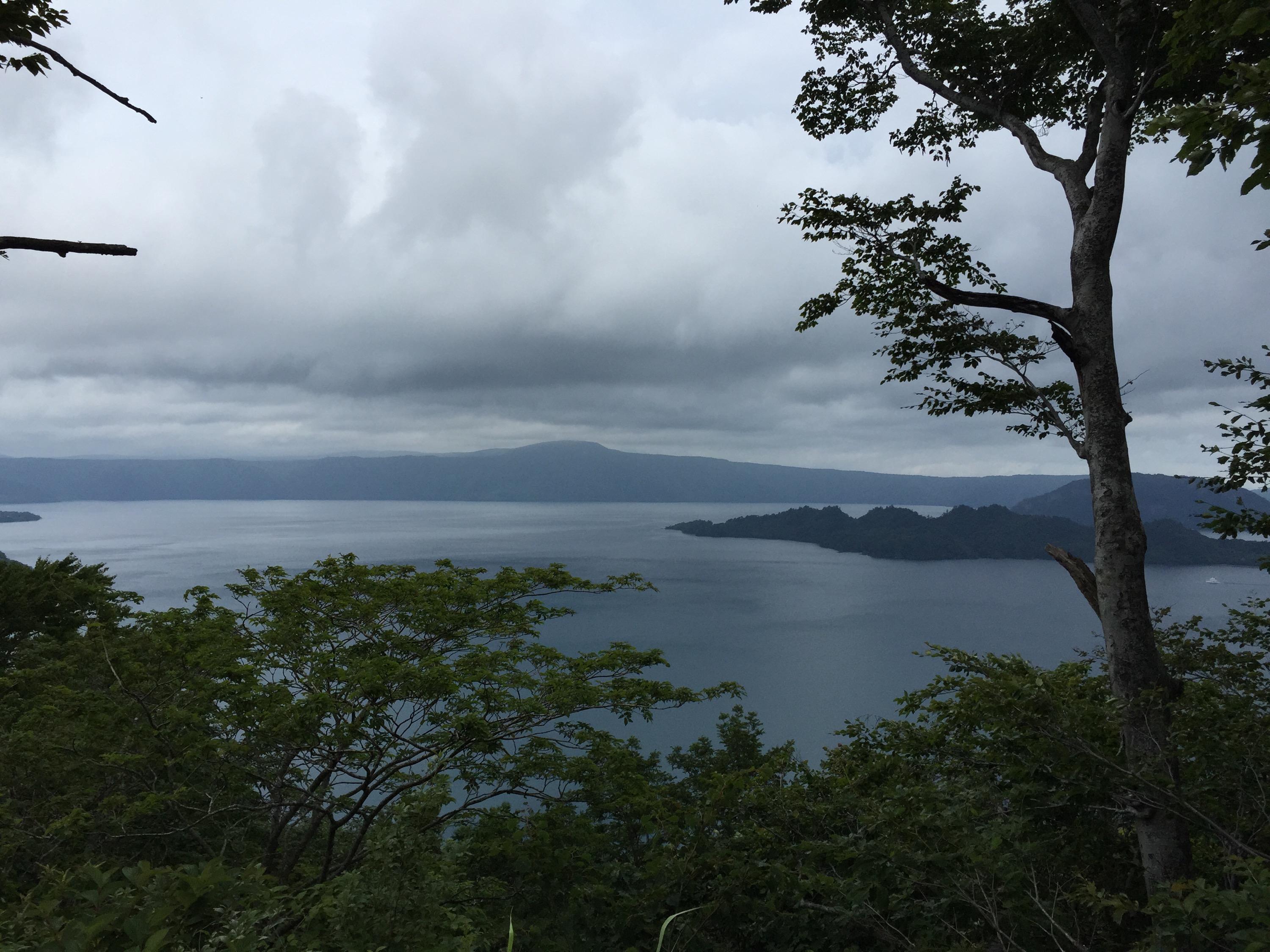 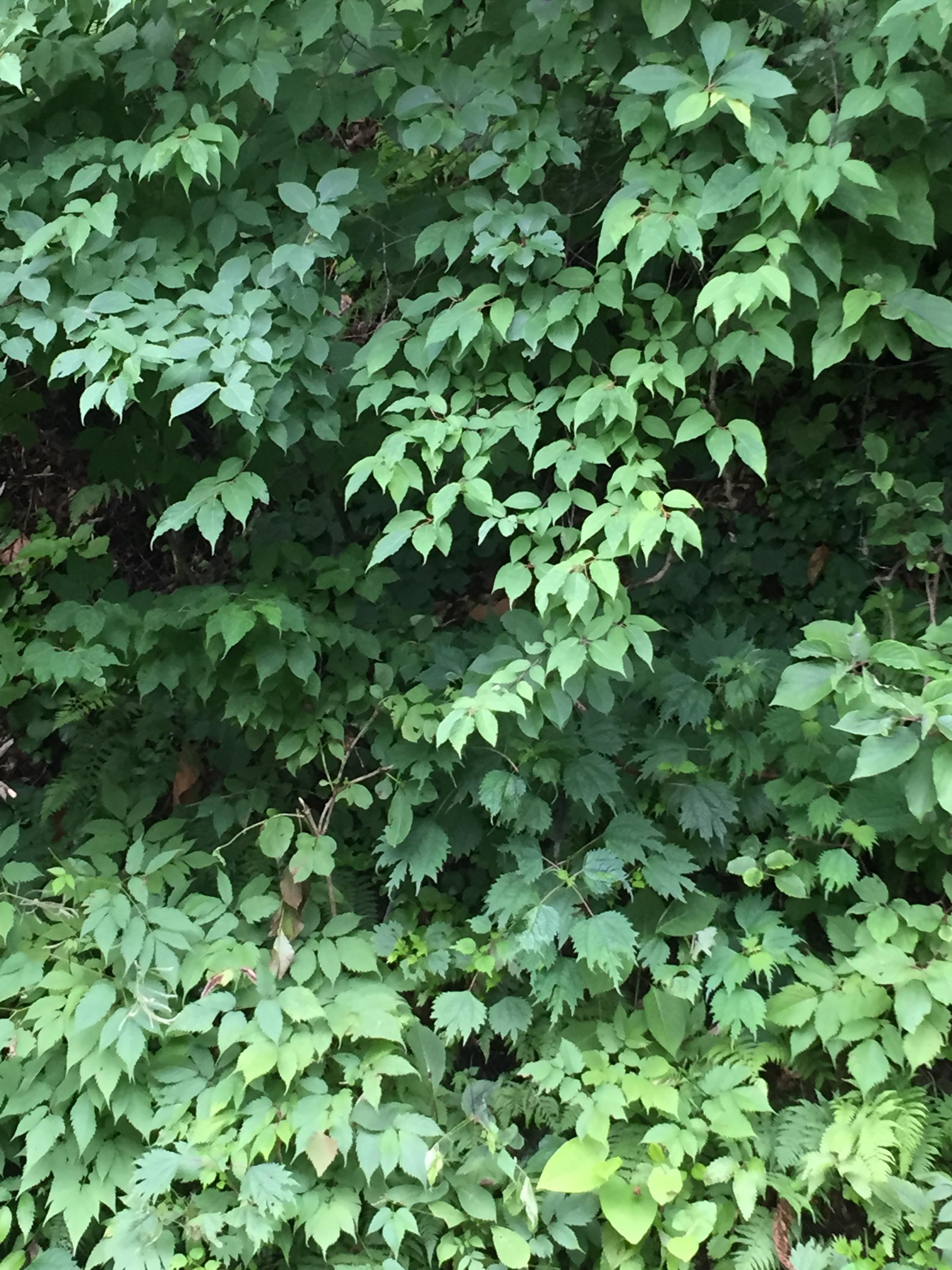 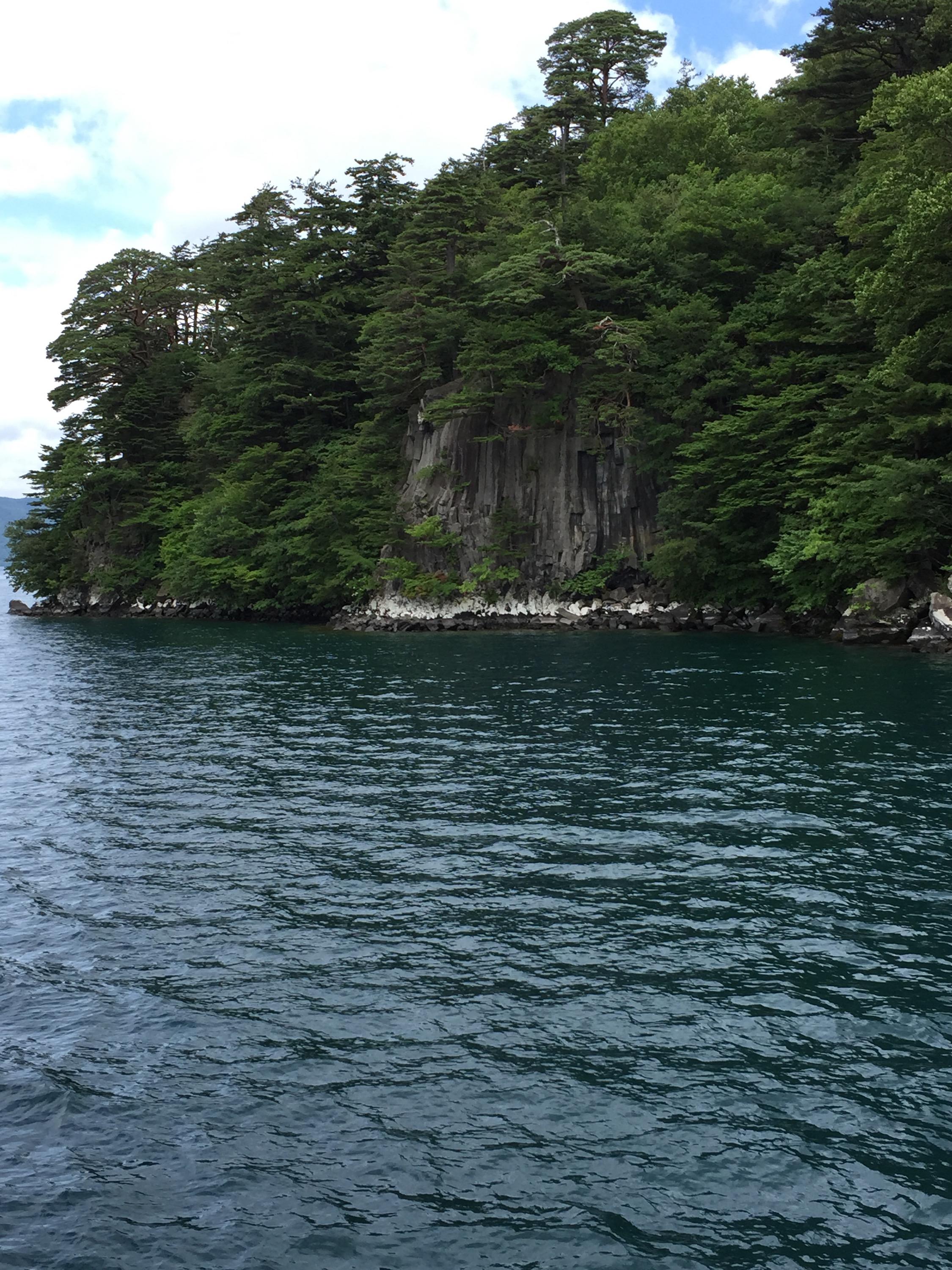 Lunch was interesting – I can’t tell you what half of this stuff is, but it was tasty enough. 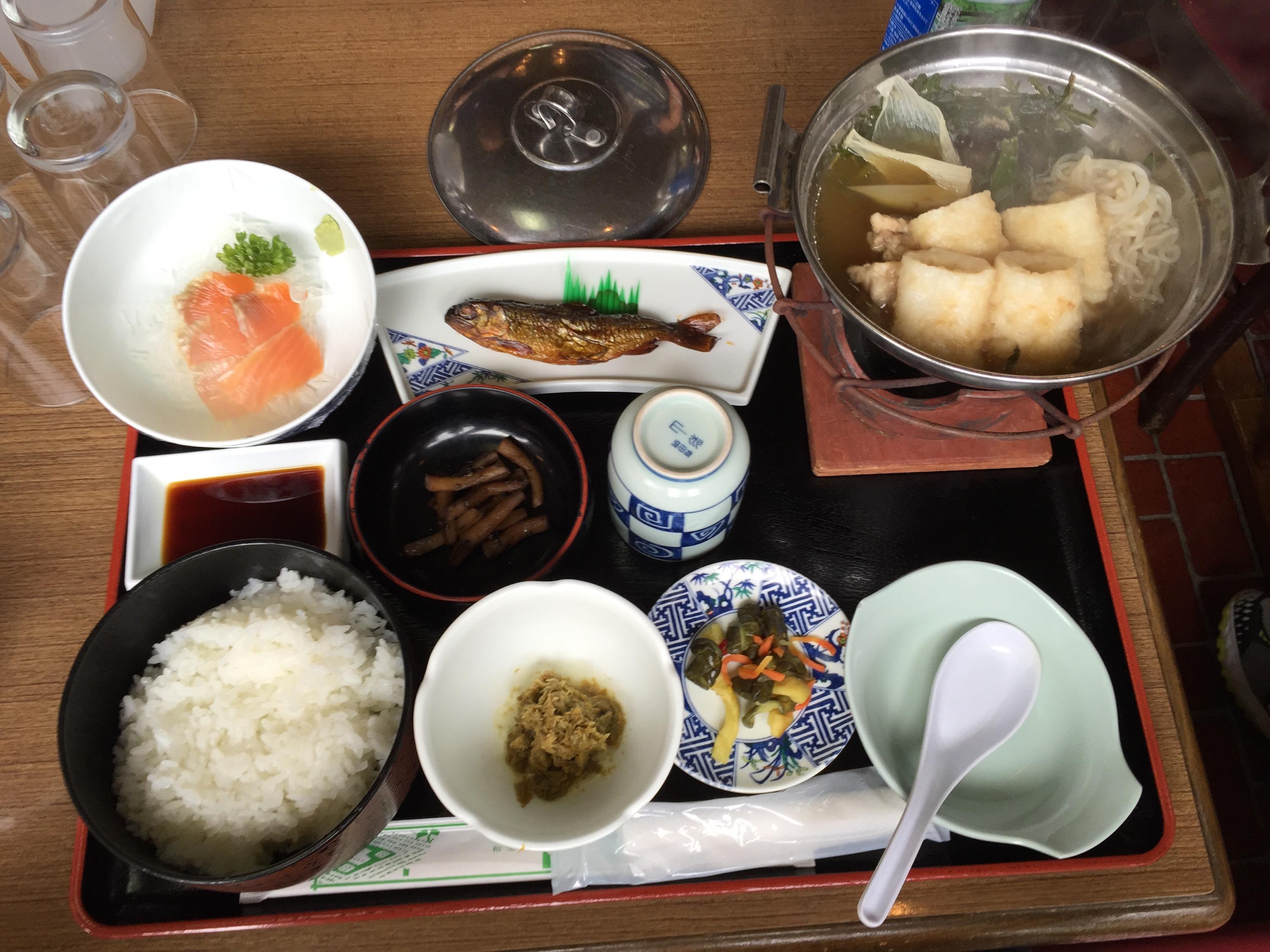 After lunch we had a bit of free time to check out the Visitor Centre which was full of information on the local flora and fauna.  This whole area is positively stunning during the winter – the edges of the lake freezes and the trees are covered in snow and icicles.

Next stop – The Mount Hakkado Ropeway.  At 1584m, Mount Hakkado is the highest peak in the Hakkado Mountain Range, so named because the range looks like a row of samurai helmets… or at least it does when there is no fog and things aren’t quite so mysterious!   The Ropeway tram takes about ten minutes from the base to the summit and there is normally a very lovely view from the top.  We, however got to experience the best views of the mountain range from within the tram, where we were squished in tighter than sardines and I was unable to get near a window for a decent photo.

In the winter, the mountain has 3-5m of snow covering the entire area, and it is well used ski area, with popular runs of over 4kms in length.  During WII – the Japanese army used the area for military training in Hakkado.  Apparently there is a famous movie about an incident where a severe snow storm wiped out an entire company of soldiers, only a handful survived as the temps got down to -20°C and most of the soldiers perished in those conditions.  Will have to look that up when I have decent internet.  God I miss Google on my phone when we travel! 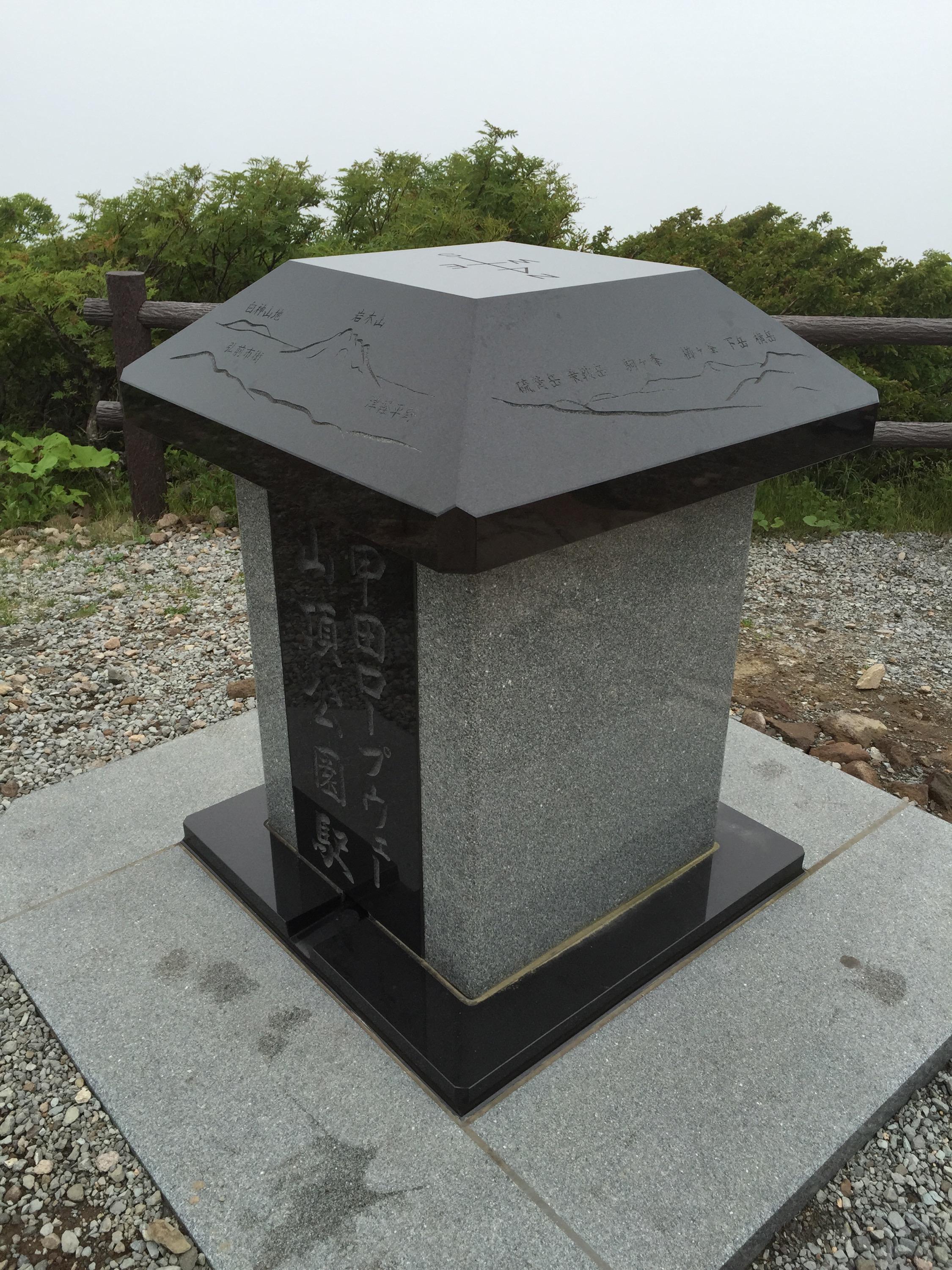 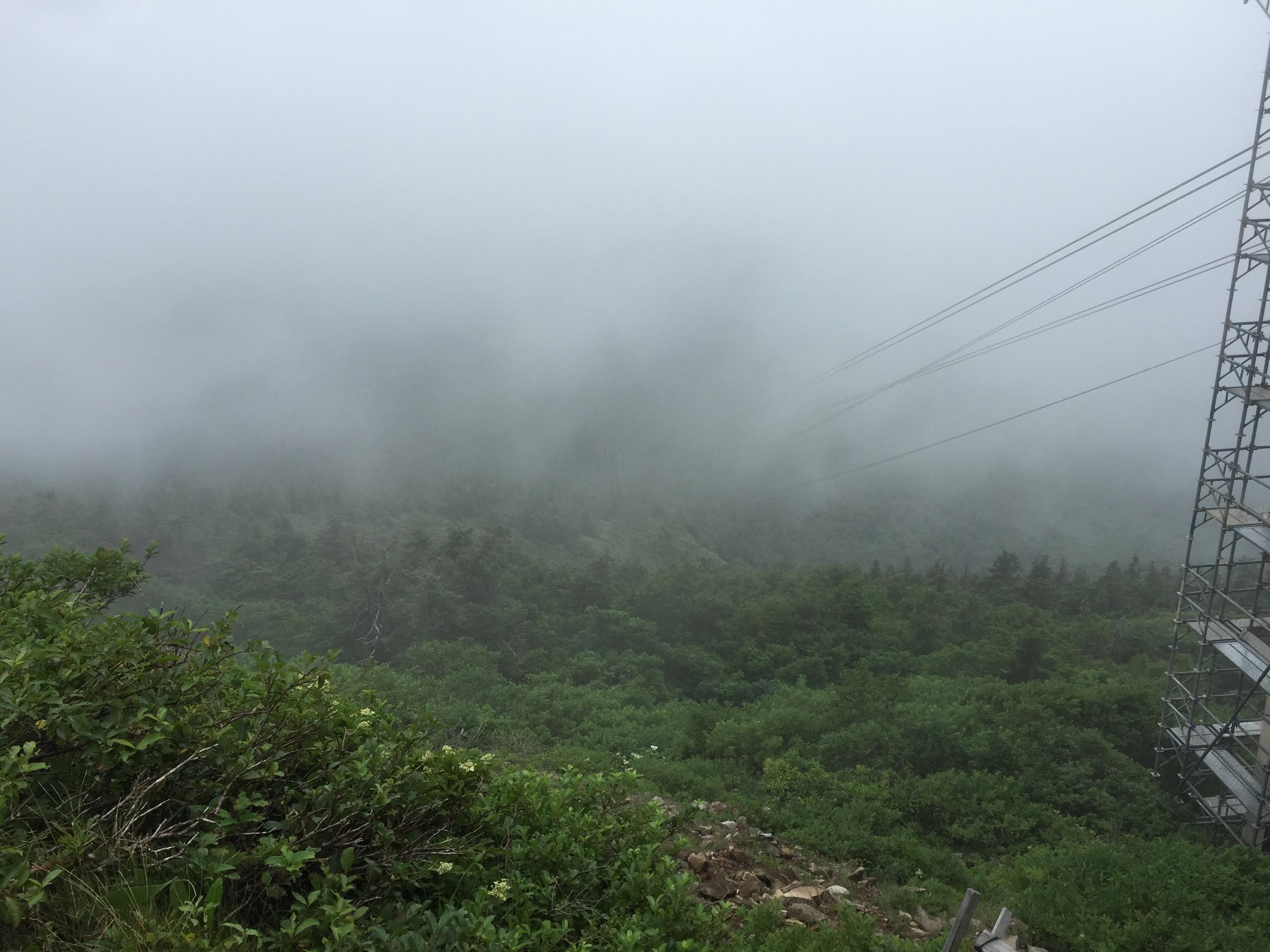 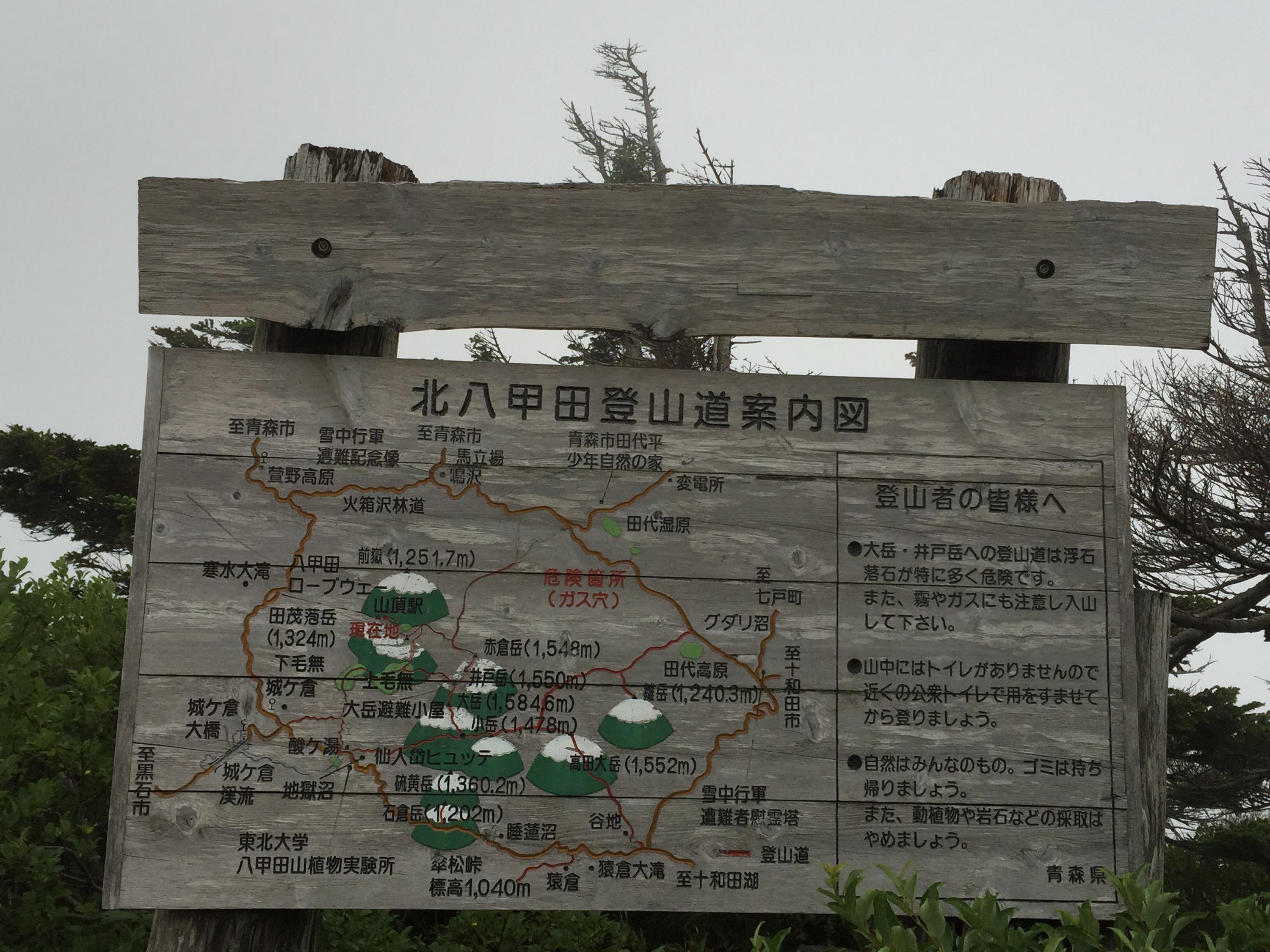 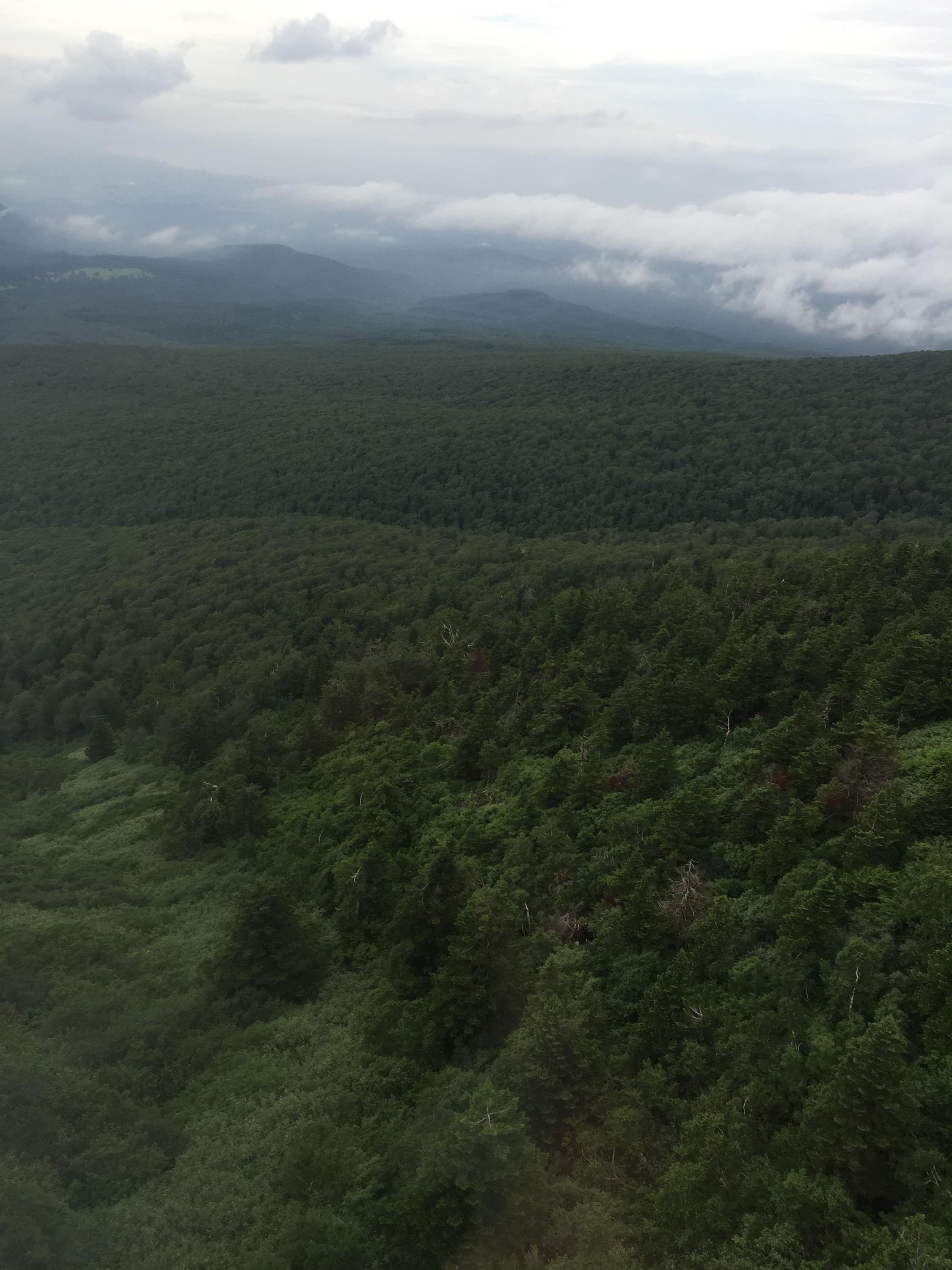 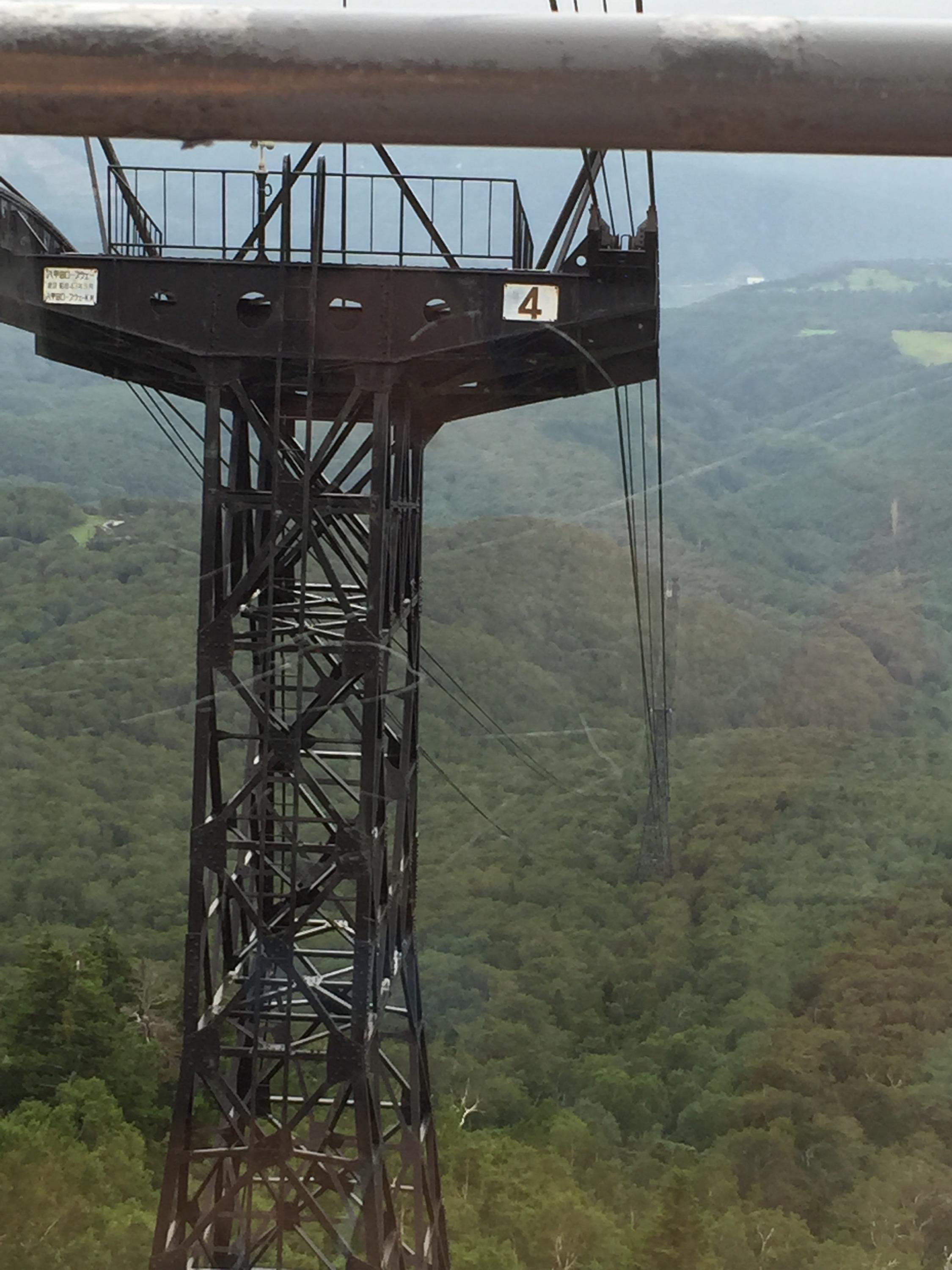 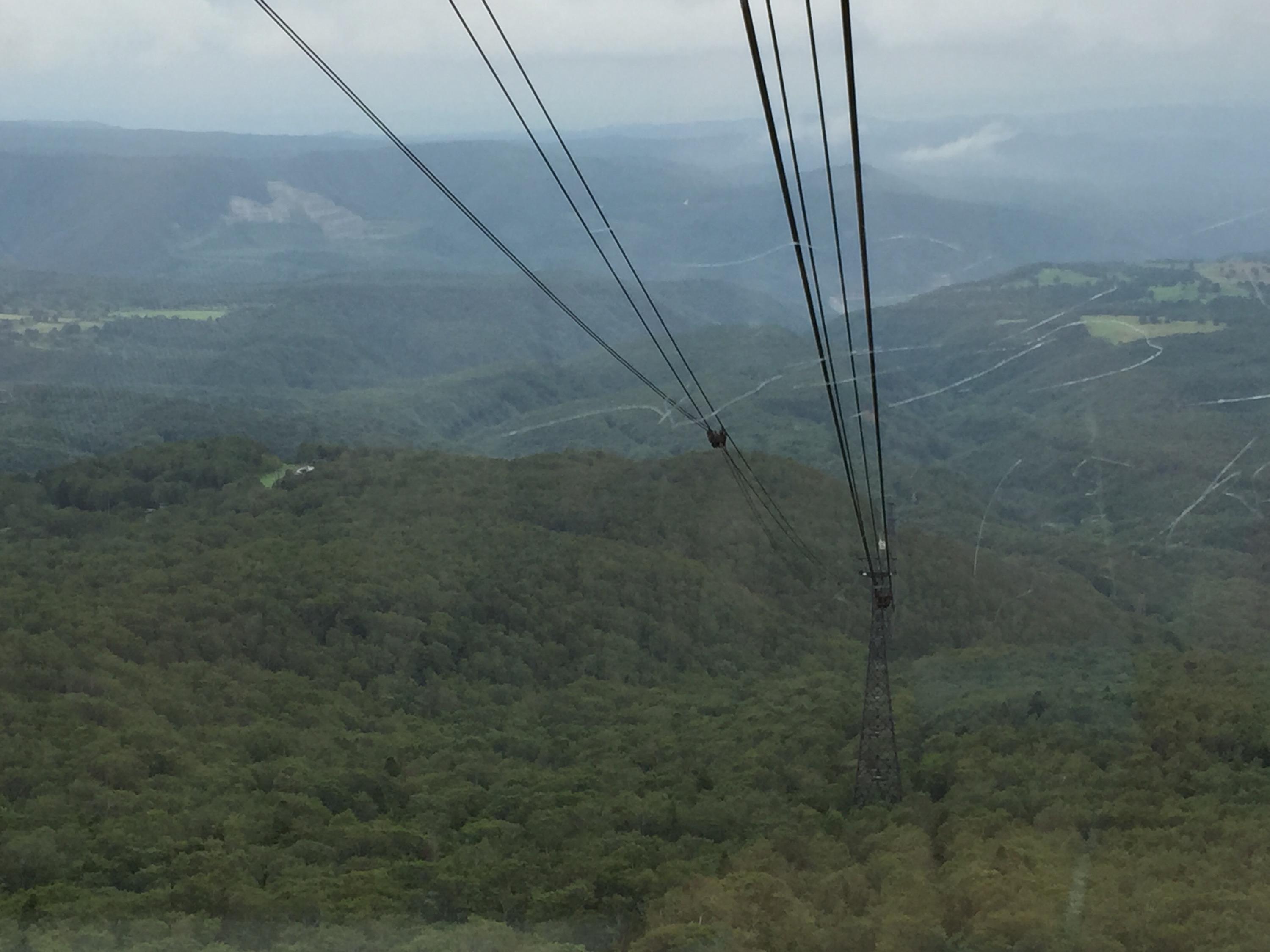 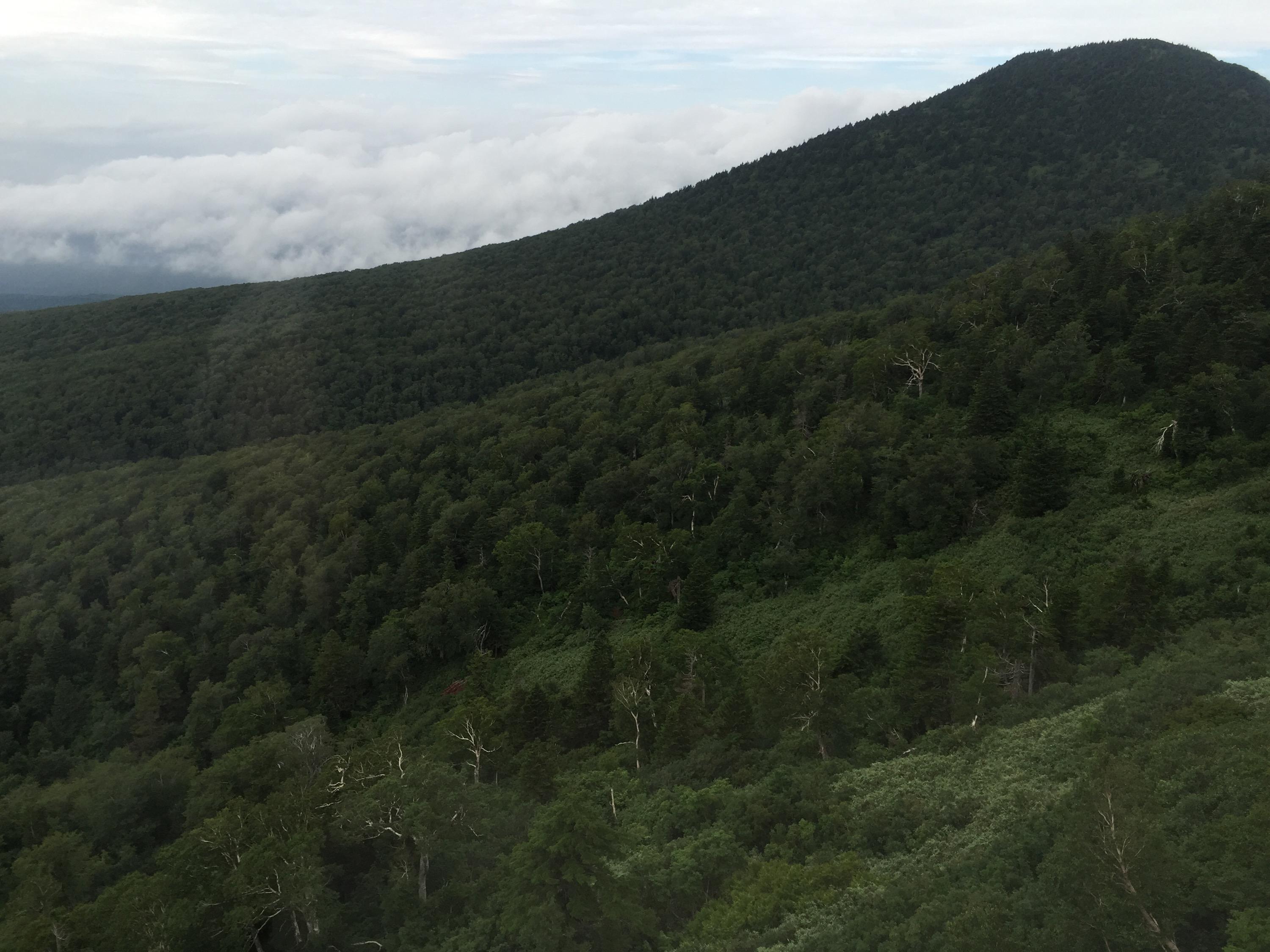 Then, back ‘home’ to the ship.  Tomorrow is a sea day… thank God for that.  I could do with a day off.