I have to get this out of my head, it has been causing so much anxiety and stress for the past two weeks… and yet I have not written about it, nor have I put it on Facebook or anything like that as I do not wish to elicit undue sympathy from the people around me – because ultimately, while this terrible tragedy has been unfolding and is affecting me quite deeply, at the heart of it, I feel this is not actually happening to me but more to people who I love dearly.

Two weeks ago, on Sunday May 17th, my cousin Neatsi had a very bad asthma attack.  I heard about it on Monday morning when my mother rang in tears to tell me that she was in the HB ICU.  It seems the attack was so severe that she suffered both respiratory and cardiac failure (though I am still unsure which caused which).  The extended family, who were able, rushed to HB to be with the immediate family, and a loose roster soon began as people took turns sitting at her beside, waiting for her to wake up and not wanting her to wake alone.  I was unable to go with them, as I have had a ridiculously bad flu that hasn’t been responding to treatment, and the last thing someone with respiratory problems needs, when on a respirator in an intensive care unit, is someone coming to town and giving the entire family support network some sort of flu bug thing.

So I have been stuck at home feeling completely impotent, phoning as often as I could while not wanting to make a pest of myself, and waiting, waiting, waiting for news… convinced that when it came, surely none of it could be good.  Neatsi was experiencing fevers and having seizures, despite being heavily sedated, and at the beginning, was not breathing on her own at all.  I was so fearful that they would determine that she had suffered brain damage and that the life support would have to be turned off… the idea of which was just horrific.

However, a few days later her sedation was reduced and she was breathing occasionally on her own.  Her CT scans to determine the extent of any brain damage were inconclusive, as the neurologists said there was too much swelling on her brain to be sure what state her brain was in.  I was also told by a friend in nursing, who I trusted to give it to me straight up, that the sedation needed to be lifted before a CT or MRI could show adequate brain function, as the sedation itself significantly suppresses normal brain activity and thereby giving inaccurate results.  As the first week wore on, I found myself worrying about what seemed (to me) to be an even worse outcome – that she would start breathing on her own but with little to no normal brain function remaining and not be able to be turned off!  This whole thing was turning into nightmare after nightmare and me still not able to go north to give the family what little support I could.

I have about 38 first cousins (I say ‘about’ because one of my aunts had about 13? or maybe, 15? children… I honestly don’t know how many, as I lost count and certainly can’t remember their names), but this family, this aunt and uncle and their three children were quite honestly the ones I have the most fond memories of.  We spent many happy holidays together and while I was closest in friendship with their middle daughter, I have lots of wonderful memories of how outgoing and happy Neatsi always was.  She always just seemed so carefree and happy-go-lucky… and to think of her in the ICU, in a coma has been just gut wrenching.  I will say without hesitation that my aunt and uncle, M&D, who were going through this ordeal are my favourite relatives, and I feel I have not been there for them.  Yes, I know we are not supposed to voice such things, but it is true.  I used to be quite concerned growing up that M&D were my elder sister’s godparents and if anything happened to my parents, in my young mind, my elder sister would get to go live with the favourite aunt and uncle and I would end up living with my godparents, who were most definitely NOT my favourite people.  Even though we spent a lot of time together as small kids, and grew up quite close, over time we have gone on to have very different lives.  I would not recognise Neatsi’s husband in the street and barely know him at all, and could hardly recognise or name her four children.  For me, this ordeal has been focused less on Neatsi, and more on her mother and father, her sister and brother… and I have been worrying excessively for them to the point of causing me anxiety.

Towards the end of the first week, Neatsi’s sedation had been reduced, and she was moving quite a bit more – twitching, eye fluttering, yawning, breathing more on her own.  However with the reduction in sedation, she also experienced more fevers and continued seizures, even though she was showing no signs of infection.  Last week, on Monday, Neatsi had another CT scan, and a meeting was set between her doctors and the family.  The doctors informed the family that Neatsi’s brain damage was as severe as everyone was dreading.  Her scans showed no function other than involuntary functions and one doctor was apparently so blunt as to offer that, ‘her brain is completely mush’.  It was of course the worst possible news.

With the risk of passing any horrible flu onto my cousin through her visitors in the ICU now a moot point, I hightailed it to HB to check in on everyone to see how they were coping, even though I was still coughing and spluttering and was still having inexplicable high temperatures of my own.  :/  When I got there, I found the family in varying states of denial, acceptance, putting on a brave face and delayed shock, even though it had been 10 days since Neatsi’s asthma attack.  My mother and my aunt M looked exhausted… and while I was able to offer nothing more than a hug, a shoulder and an ear, I was glad I went and was able to see for myself how everyone was holding up. Being stuck at home anxiously waiting for the phone to ring has been harrowing.

The next day, Wednesday, the family had to face turning off the life support systems that had been keeping Neatsi’s body alive, and as predicted, she was now breathing on her own, so her body did not expire straight away.  It was a full 28 hrs later that she finally stopped breathing… I was in a another waiting room of another hospital waiting for Mr K who was having a small procedure done when I got the call that Neatsi’s body had breathed its lasts… I honestly feel she has been gone the whole time she was in the ICU.

In some ways I was thankful and relieved (and feel very guilty at feeling relieved) that it was going to be over soon and that everyone would be able to grieve and hopefully begin to heal.  But I have also been feeling mortified for her four children who have just lost their mother.

Unfortunately this episode is not going to fade into memory easily – Neatsi’s husband has made a complaint to the Qld Ambulance Service.  It seems the security cameras on the front of their home have determined that Neatsi was not given oxygen for quite some time after the ambulance arrived.  Neatsi was conscious and talking when they were called and when they turned up, and had been using her own nebuliser in an attempt to manage the asthma attack until they arrived.  Her husband claims that the ambos did the same thing – put her on a nebuliser and did not put her on oxygen until she went into respiratory/cardiac arrest… some 40 minutes after their arrival.  Two ambulances attended the incident from two different despatch areas, one arriving 35 minutes after the first.   I don’t know.  I don’t have all the details, but I am sure the QAS would not have failed to see the seriousness of the situation and I strongly doubt they failed in their duties – they have such a difficult job, I would not ever criticise them without knowing the facts.  But Neatsi’s husband is looking for someone to blame, which I guess is understandable, but this will have the unfortunate side effect of not allowing the family to start the necessary grieving process until it is resolved.  It now seems Neatsi has been moved to Brisbane for an autopsy as part of a full coronial inquest, which no doubt means the delay in her funeral is only one problem, as an inquest can take many months to reach determinations.

For my part, I am not even there, and this whole thing feels like it is happening not to me directly, but to a handful of people who I love dearly, and I feel quite keenly that I am not able to offer them any useful support whatsoever.  These last two weeks have drummed home how futile and useless the ‘thoughts and prayers’ etc., we tend to offer at these times really are.  At the moment I can only hope that the bureaucracy that must be endured will turn it’s machinery swiftly so that Neatsi can be laid to rest and the family can start to heal.

Neatsi honey, if you are out there somewhere, I hope you are at rest… and I sincerely hope you know how much your children and your family are going to miss your gentle heart. 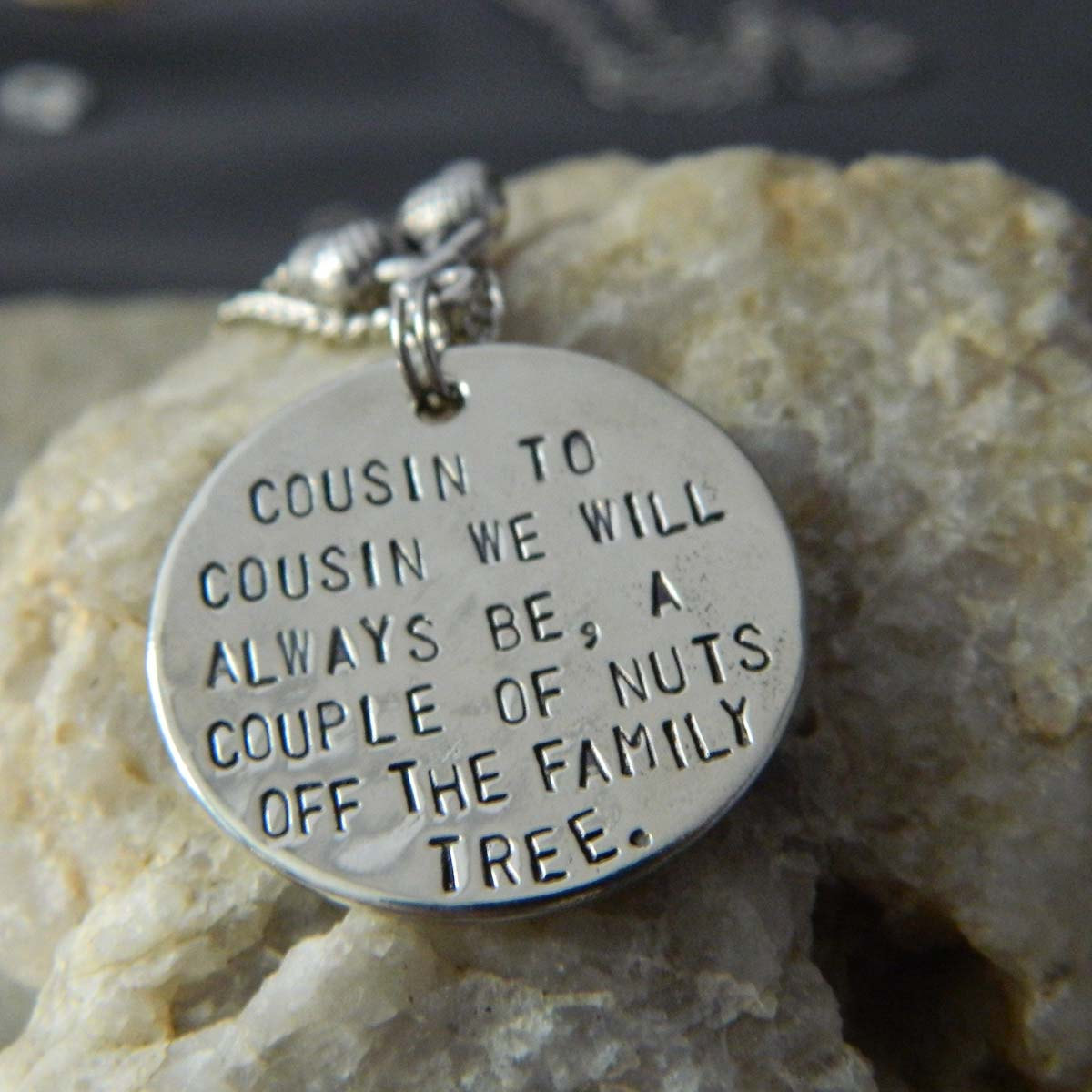