Today is effectively a sea day broken up with some beautiful scenic cruising.  Slept in a bit… possibly thanks to yesterday’s cider fuelled afternoon, followed by Mai Tai o’clock, followed by vino in the dining room!  Extra sleep is awesome, so we totally don’t complain.  Breakfast served in the dining room, very civilized and I’m so going to miss it when we get back to real life.  Then into the sounds we went.

This is my fourth trip around NZ on a Princess Cruise ship, and each time we have been fortunate enough to be experiencing good weather which has allowed us to go into the sounds.  I hear that quite a few ships have to abort their plans to cruise through the sounds if the weather is rough, for obvious safety reasons, so we are very lucky to have been able to get in each time.

Up on decks, things look stunning… there is something quite surreal about watching this enormous ship sailing through these waters with land that seem inappropriately close to the sides of the ship.  Yes, there is probably plenty of water on either side of us, but when you become accustomed to seeing the ship at open sea with no land visible to the horizon on any side of you, it is weird cruising along and seeing a mountain right beside the railings.

Went looking for the rest of our group but they were no where to be seen…?  Hoped they weren’t missing this! 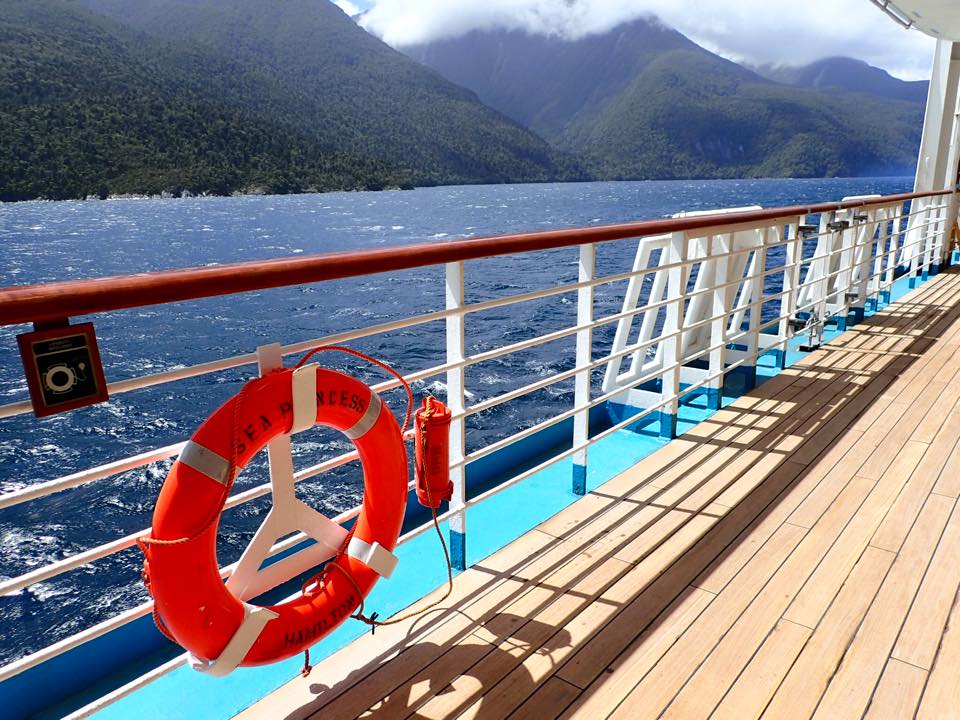 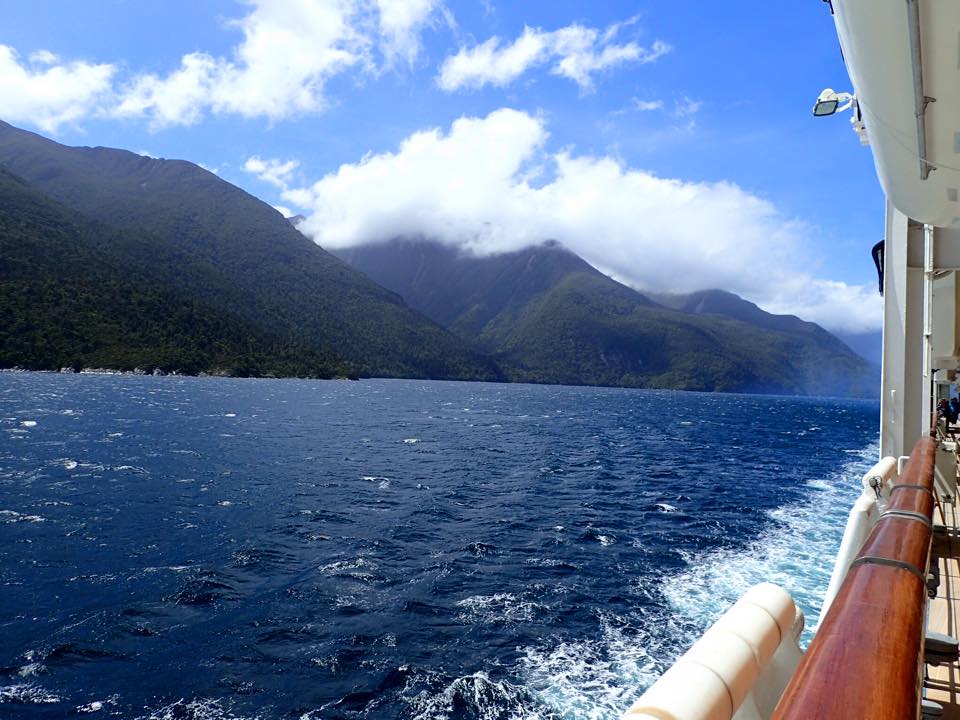 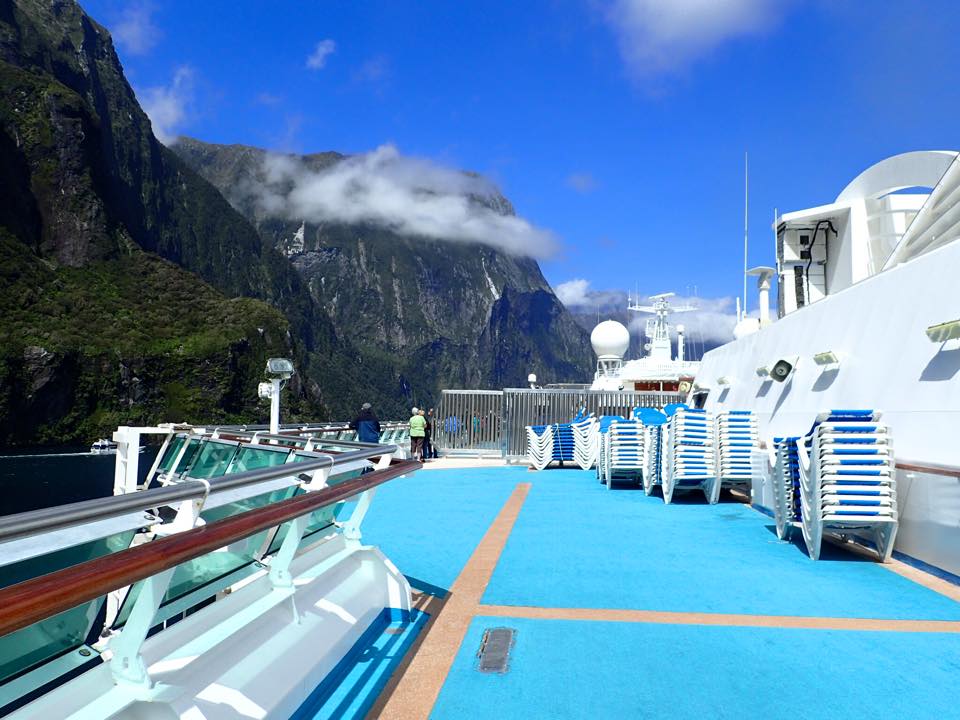 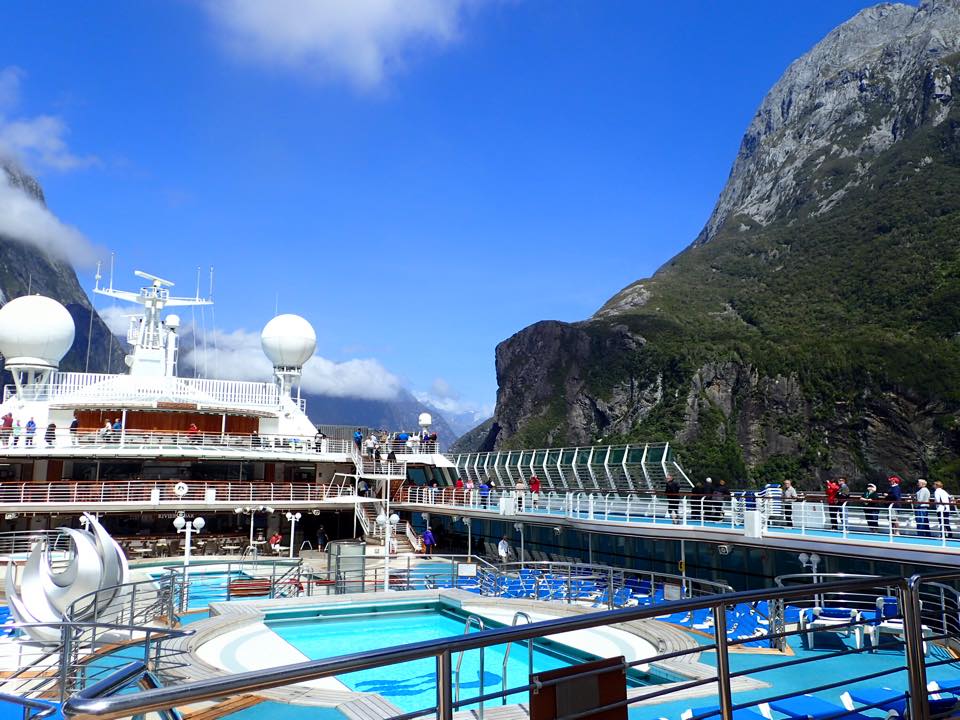 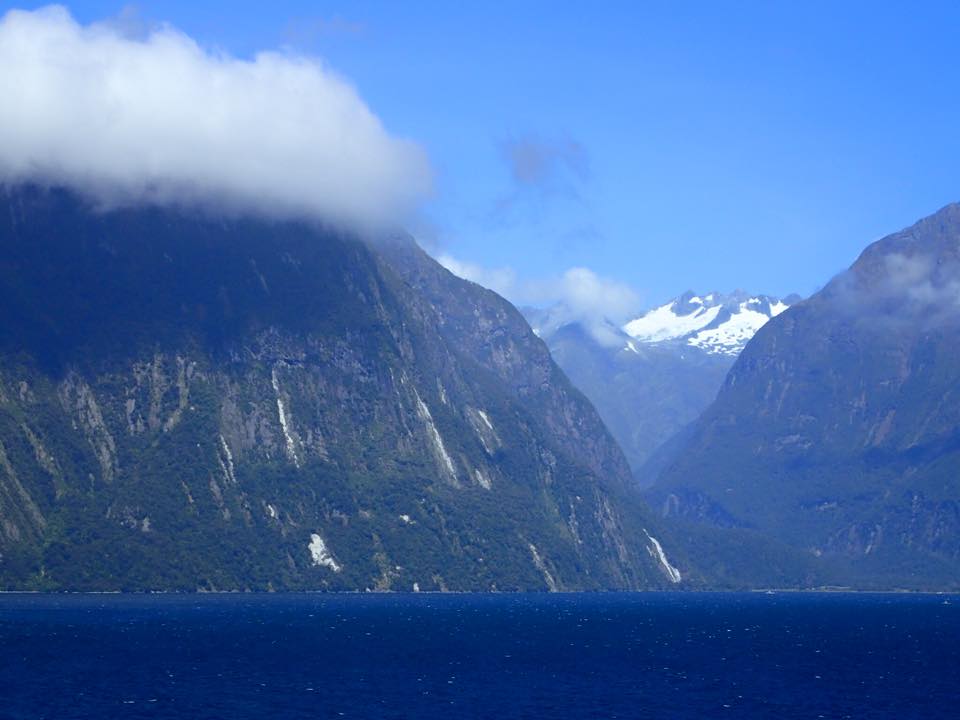 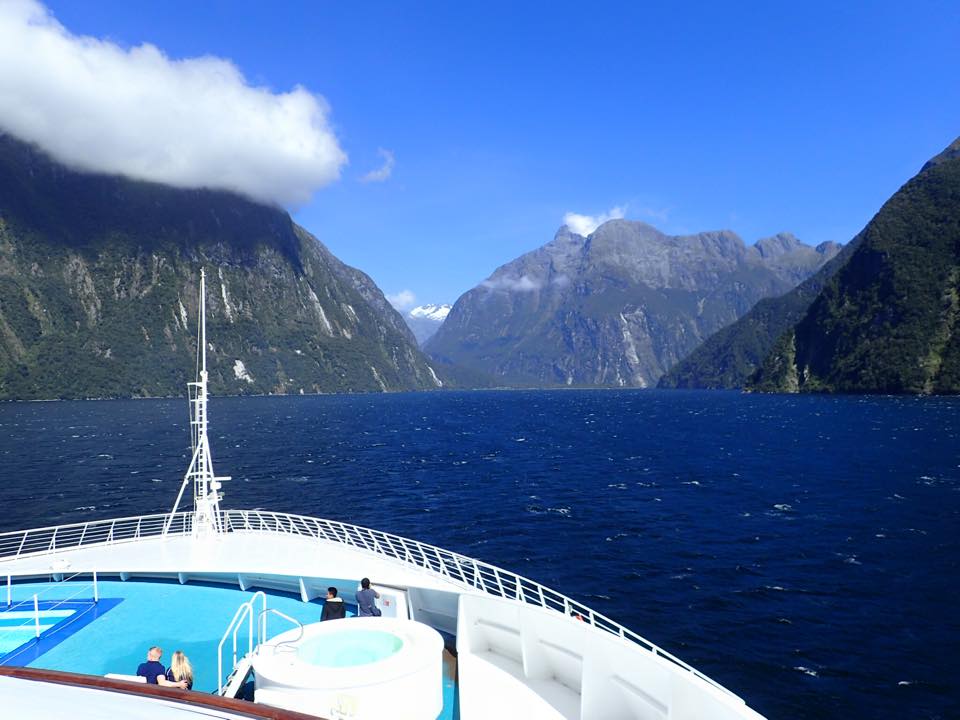 Eventually went searching for the others, not on 14, not on 12.  Even checked the viewing decks on 11 and 10.  No sign of them?  Found most of them eventually – Big Sal and Surly had, very sensibly, taken up prime positions in a spa as we cruised through the beautiful scenery, but a whole bunch of them were hiding out in the Wheelhouse Bar occasionally popping their heads out on the Promenade (deck 7) to have a look around and take some selfies?!?  Hmmm… I guess scenic cruising is not for these guys.  They should totally skip Alaska if that’s the case.  Fricken weirdos.

Only a few nights left of wrangling with the little guy who keeps coming up to lock up the spas at night… I’m sure the poor guy just wants to do his last job and turn in for the night, but we’ve been fending him off quite vigorously!  Love the spa late at night when there’s hardly anyone around.  It’s just so relaxing.  Thee nights at sea remaining.  🙂