Another day passes and more ineptitude becomes apparent from Queensland Police Service Weapons Licensing Branch.   CAN THEY GET NOTHING RIGHT?!?!  I have decided that I want my son to take up shooting with me, which actually means very little.  He doesn’t have to be licensed to come shooting, he doesn’t have to undergo safety induction training and he doesn’t have to jump through voluminous hoops of untold amounts of legal bullshit and paperwork.  However, as a responsible sporting shooter, it is my preference that my son does attend safety inductions, and does become a responsible member of the sporting shooters community and to me, that means doing the inductions and getting him licensed… I believe this has several benefits, it builds into young shooters a sense of belong and community, as well as reinforces the importance of responsible firearms ownership and management, which can only put them in good stead for the future. Yes, I know.  I am so idealistic it is making me sick.  The path to hell is paved with good intentions, so why the hell am I surprised that Weapons Licensing Branch is pissing me off yet again!  Months and months of delays… precipitating yet another fucking long winded ministerial to try and get some movement on the damn thing.  I have included a copy of it here for anyone who might want to replicate parts of it for their own complaints – which I am certain the various MPs are receiving in bulk at the moment: Attn:  Steve Minikin MP & Jack Dempsey MP CC:  Manager Weapons Licensing Branch

Dear Messrs Minikin and Dempsey
I would write to say that I have recently gone through the process of assisting my son apply for a Category A/B Firearms license so that he may start to compete in Junior division target shooting competitions – but seeing that 104 DAYS, (of which, 74 were business days) have passed since his application was lodged via QPS Weapons Licensing Branch’s supposedly streamlined online application process, one can hardly characterise this as recent!
On February 22nd my son completed the compulsory safety induction course.  On February 23rd, he was awarded his Statement of Attainment for same.  On February 27th, his application was lodged online with Queensland Police Service Weapons Licensing Branch along with all necessary documents and the fee of $155.25 was paid at this time.  Some ten weeks later on May 18th I called to check on the progress of this application and was informed it had been received, but had yet not even been assigned to an Authorizing Officer.  Finally on May 22nd, we were informed by email that the case had been assigned to an Authorizing Officer and that we were required to present ID at Wynnum Police Station to verify my son’s identification.  This was duly completed the next working day.  At this time I also completed an Eligibility to Join a Registered Pistol Club Form with QPS WLB, also for my son, so that he may start the process of joining the Belmont Pistol Club and participate in pistol competitions as well.
Two days ago, June 10, the Eligibility to Join a Registered Pistol Club Authority Letter arrived in the mail, after barely 7 days had passed, while yet we continue to wait on his Category A/B Firearms License.  The Pistol Club Authority is a NO FEE service and was processed in a matter of days while the Cat A/B licence is still no where to be seen.  This application has now taken in excess of 100 days to process, in spite of my having to pay $155.25 for it to be processed and issued.  This delay is completely unacceptable.  It is obvious that the administrative unit processing new firearms license applications is completely over run with an enormous backlog of work – anecdotal evidence from my fellow shooters suggests that some license are taking up to NINE MONTHS to be processed – while the less common applications, are being processed in very reasonable time frames.  Are there units of staff at QPS WLB sitting around doing nothing, waiting for special applications to arrive while their colleagues in new firearms license application units are run off their feet and swamped by months long backlogs?  If so, this is patently ridiculous.
I find it deplorable that QPS can charge a (not inconsiderable) fee for processing a license application and then not attend to these applications in a reasonable timeframe – as indeed, they are required to do so under the legislation.  There is no way the Department of Transport would ever be allowed to operate like this – lodge a license application, pay your fee, then wait up to nine months to receive the document you paid for.  Is it the Department’s preference that people go about their activities without the requisite licences?  If there is to be a fee for service process, then clients should be able to expect a level of service that is commensurate with the fees being paid, and the timeframes outlined in the legislation governing the issuing of Firearms Licenses.
Unfortunately this is NOT a new problem, nor is it a new experience for the shooters of Queensland.  I waited in excess of three months for my own Category A/B license in 2009, (excuses at that time claimed that a new computer system was holding up processing times), additionally I was forced to wait a further three months when applying for a Category H license in 2011 (excuses this time blamed inner city flooding for processing delays).  Expectations of ANY new applications being attended to, and processed in a timely fashion are at an all time low within Queensland’s shooting community and sentiment towards QPS WLB is increasingly disgruntled and hostile.
The Queensland LNP Government came into power on a promise of cutting red tape for firearms owners and to date, we have seen nothing but waiting times and processing times continue to worsen.  I respectfully request that my son’s application (details below) be looked into, reviewed and an explanation be provided as to what has caused these unwarranted delays.  Additionally, myself and the responsible firearms owners of Queensland deserve to know what is being done to rectify this ridiculous situation, as it is obviously not a new problem.  We have seen the LNP Government process legislative changes overnight on issues that are high on their political agenda – so telling us these things take time is just not good enough.
…  absolutely no fucking regards, signed ME.
I have a feeling this will make absolutely no difference whatsoever.  But on the off chance I actually get the written response that I have requested, I will be sure to post it here.  Grrr.  Who needs this constant aggravation???
PS:  I always feel the need to distance my disgust for the administrative clusterfuck that is Queensland Police Service Weapons Licensing Branch from my respect and admiration for the QPS Officers who are on the ground putting themselves at risk to keep our communities safe.  Hate your bosses, love your work. 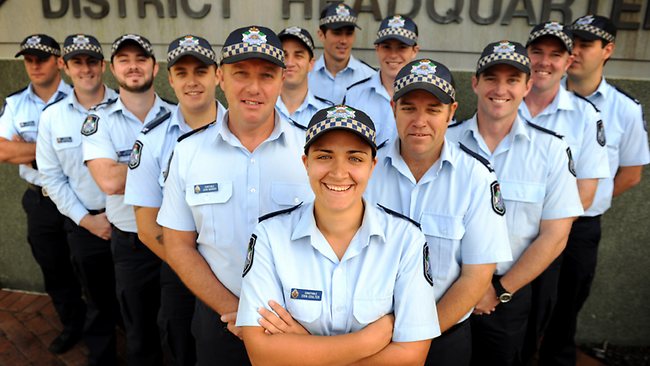