Most days I don’t exactly feel like one of the most fortunate woman on the planet.  I have chronic back pain from four hideous car accidents, I am totally dependent on prescription medication and I feel physically weak and pretty useless a lot of the time.

But worse than all this crap, is the fact that I am infertile.

You know, even fourteen years after that diagnosis, it is still hard for me to state that so absolutely.  “I am infertile.”  I can’t even say it out loud with ease.

But, thanks to the hard work and ingenuity of incredibly intelligent and talented, scientists and doctors, and the wonder that is modern medical science and IVF, and in spite of my five terrible miscarriages, and against all the odds – I have a beautiful son, who is the love of my life and in so many ways has become my raison d’être.   I know I am one of the lucky ones.  There are so many women who suffer from infertility who do not manage to have a child, whether that be because assisted reproductive treatments did not work for them – or even worse – because their situations mean they don’t have access to, or can’t afford to pursue, the assistance that could help them fulfil their dreams of having children of their own.

Mother’s Day has become a day where I mostly prefer to celebrate my own mother, rather than my own motherhood… because my own state of motherhood, while miraculous, is also tinged with so much sadness.  A sadness that quietly grieves the babies that I lost – particularly the first miscarriage when I was only 20, which I was told could have been my son; and the third miscarriage after years of IVF, which pathology relayed would have been my daughter.  It is also a sadness that laments the babies I never managed to nurture – the over 60 embryos that have been transferred back to my traitorous body, but which never successfully implanted and never grew into babies – over six years, of so many failed IVF cycles, as I desperately tried to have a second child… a sibling for my son and another joy for our lives.  So much loss.  So much heartache.  So much sadness.

Mother’s Day also makes me sad when I think about other friends who I know share my pain.  Women who are infertile, too.  Women who have miscarried, too.  Women who have deep biological desires, but who are thwarted by the fates, too.  Women who want to have children, whether their first child or second child or more, but for whatever reason they can’t achieve the families they desire.  It is a uniquely soul crushing sadness that I would not wish on anyone… Mother’s Day probably produces mixed emotions for all these women too.  I love you all and am thinking of you today.

It is on Mother’s Day that I am reminded of the ten little embryos I have cryogenically stored (that and the day the bill for their yearly storage fee arrives), knowing that I will never be able to grow them into the beautiful, much wanted children we desire.  These embryos have become emblems of misguided hope – for they represent my impossible view of the future.  It is a hope I can not bring myself to abandon.  For without it, there is nothing but the prospect of endless sadness and regret.  I feel all this, but at the same time, I know it to largely be an illusion – these ten embryos represent more pain than hope – because they come with the What Ifs. ‘What if I donated them to some one who needs them?  Could I handle my genetic child being raised by strangers?’… ‘What if I somehow end up off all the medication and used the embryos myself?’… ‘What if I’ve left the whole thing, too late and I am too old?” … ‘What if we could find a suitable surrogate?’… “What if I went off to Thailand and hired a surrogate?”  In my head, the scenarios tumble around and around, over and over, year after year.  It never, ever seems to go away, and it follows me around every single day.

I have a twelve year old beautiful son – I AM one of the lucky ones – and he brings us so much joy… and yet I can not stop thinking what life might have been like, had I been able to have more children, and have the family, and the life, that I so desperately wanted to create.  Mother’s Day is both a day to be celebrated in our house as well as a day which prompts a lot of quiet reflection and mixed emotions…

I truly wish, that after all these years, I could be just content with my lot.  And I truly wish my mind could. just. be. still. 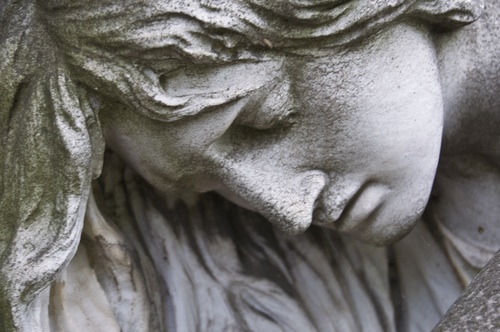