Well, he gets to be Australia’s biggest Dumbass today… tomorrow, of course, is another opportunity for an even bigger dumbass to come along and grab the public’s imagination.

The Honourable *scoff* Greg Hunt MP, Minister for the Environment was quoted in the news media as having ‘researched on Wikipedia’ that there is no connection between the bush fires currently ravaging parts of New South Wales, and the conditions currently experienced as a result of global warming (though in truth, I don’t think he stated his opinions quite that concisely or eloquently).  Naturally, he has been lambasted across the press and various social media platforms for being a complete asshat.

What’s got me, is that this joker is a Law graduate, with Honours, of Melbourne University, did his postgrad Masters degree at the prestigious Yale University, and was even supposedly a Fullbright Scholar… and yet here he is talking to the national media about important issues like global climate change and using WIKIPEDIA as a source to back up his argument!!!

What a complete tool…  anyone with half a brain would have seen the fallout coming as soon as the words came out of his addlepated brain.  Needless to say, the Twittersphere has been having a field day, and rightly so.

Someone even took the liberty of making some alterations to Mr Hunt’s own Wikipedia page to demonstrate how factual Wikipedia really is on a moment to moment basis.  This of course was duly altered back to reflect the good minister’s preferred version quick smart.

Fortunately, for those of you who missed it… I have a screen grab  🙂 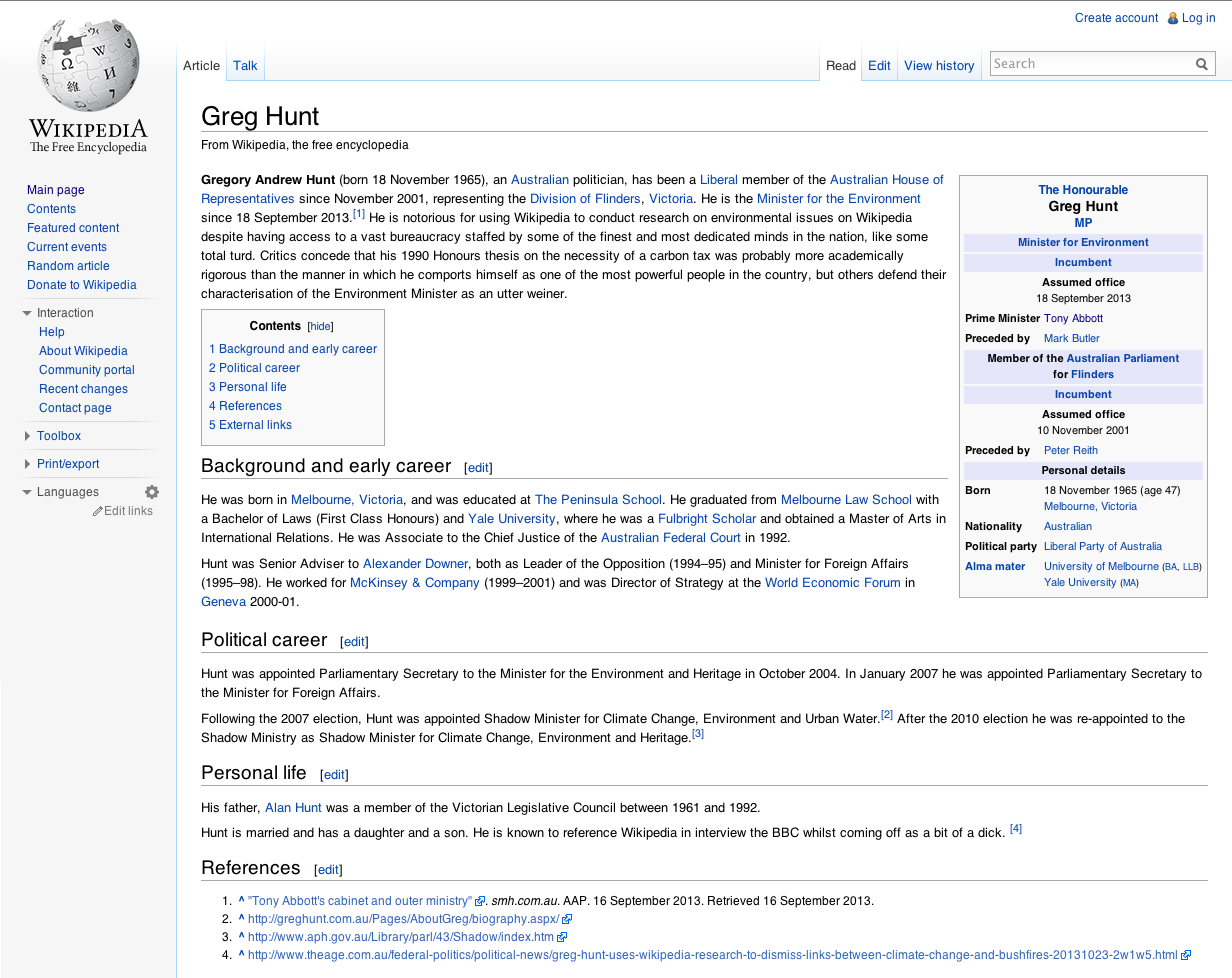 Well, what can we say…  If someone is going to go around quoting Wikipedia as a definitive source in a national debate on climate change – then getting your page hacked couldn’t happen to a nicer guy.