I’ve never been driving before and wanted to get out of my car and actually punch someone.  Sure, I’ve sworn and cursed and quelled the desire to verbally eviscerate other drivers for their utter stupidity and complete inability to perform routine traffic manoeuvres… but I’ve never actually wanted to get out of the vehicle and engage in an act of physical violence before.

I was in the car coming back from Ikea – for those of you who don’t know BrisVegas very well, the nearest Ikea is not far from the Logan Hyperdome… more commonly known as the Bogan Hyperdome.  And yes, down in these parts of town there are more personalized number plates and bumper stickers per square inch in the car park, than you can poke a stick at , so you know roughly the demographic I’m talking about here.  Anyway, driving along, and saw something that absolutely made my blood boil – a Mitsubishi Lancer containing four young-ish adults and an infant in a rearwards facing baby capsule.  You might be thinking – so what?  Well, at least two of the fucking miscreants in that vehicle were smoking.  That’s what.

That poor child.  Probably only a few months old and already inhaling second hand cigarette smoke.  No doubt the baby is also being forced to breathe toxic fumes in the home as well.  I saw this and was just infuriated beyond reason.  What do I care if these cretins don’t take proper care of their child?  It’s not like it will in anyway effect me or mine, in any way shape or form… but I really, really wanted to get out of the car, walk over to the other vehicle and punch the stupid bint with the words, ‘Butterfly Kisses’ tattooed down her forearm, right in her stupid, big hair, big sunglasses and too much bloody makeup’d, face!

How dare these people, who are fortunate enough to have that precious little person in their lives, show such a complete and blatant disregard for the health of that tiny baby who is so totally unable to advocate for itself?  It’s a parents job, and in cases like this I would argue the responsibility of all adults that are anywhere near an infant, to ensure it is not harmed in a manner so insidious and neglectful.  I just don’t understand it.  How could anyone be so stupid, ignorant, selfish and irresponsible as to smoke near a little baby?  It’s one thing to knowingly and decisively poison your own body with hideous amounts of toxins, and dismiss the overwhelming body of evidence about the repercussions for your own health… and quite another matter entirely to make that decision for a newly formed, tiny and defenceless human being.

People like this do not deserve to have children.  And let’s not even get started on women who smoke through their pregnancies…  this whole thing just angers and deeply saddens me beyond expression.  🙁 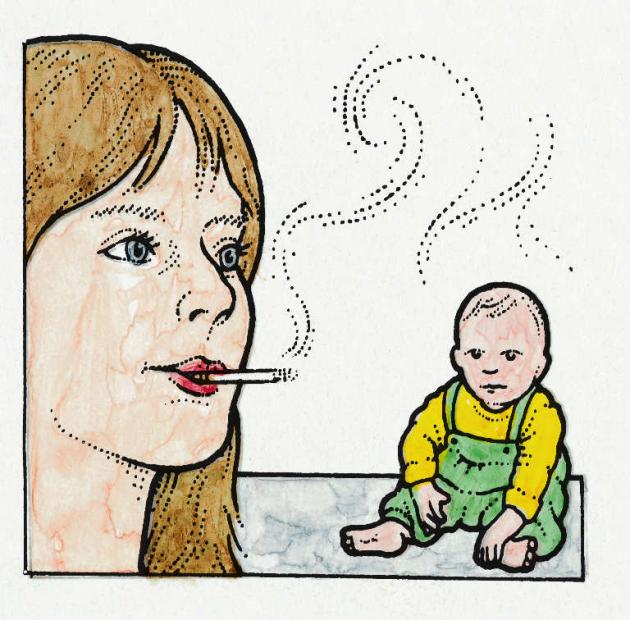 Then again perhaps the entire incident was just a result of spending a futile hour getting lost in Ikea, an endeavour in itself, guaranteed to raise one’s hackles before you even get to the vehicle for the return drive home.