Woke up to ‘partly cloudy with a top of 20 degrees’… more like pea soup and can’t see more than 20 feet in front of you!  :S   Skagway is a gold mining town since 1896, when George Carmack and a couple of Indian companions – Skookum Jim and Dawson Charlie struck gold.  Initially they found only a few flakes that was barely enough to fill a spent rifle cartridge, but it was enough to trigger a stampede that became the Klondike Gold Rush.  Given this was in the middle of a depression, tens of thousands of men and women headed up the Inside Passage to try the arduous overland trek to the Klondike.  Some six hundred miles over extremely hazardous mountains and rivers in freezing cold conditions.  Every person who went up the ‘Golden Stairs’ to the Chilkoot Summit was required to take a tonne of supplies with them, which meant many poor pack horses were employed to take them and their stuff to the Yukon Territory.  Many of the stampeder’s were inexperienced and unfamiliar with the harsh conditions and not one in four made it to to the gold fields, instead giving up and returning to Skagway, and an estimated three thousand poor horses died at the hands of these desperate get rich quick gold rushers.
So why the mini history lesson?  Well, today we went on the Whyte Pass and Yukon Route Railway up to the summit.  The train winds it’s way up from sea level in town to Whytehorse, in the Yukon Territory at 2,500 feet over about 20 miles, which is an approximate gradient of 3.9% (pretty heavy going for a train).  The railway was constructed over 26 months by some very enterprising young men Michael J Henley (who bragged, ‘Give me enough dynamite and snoose* and I’ll build a railroad to hell!’) and his British backers, Sir Thomas Tancrede.  The rail road is a Historic Civil Engineering Landmark (along with other engineering marvels such as the Eiffel Tower, the Statue of Liberty and the Panama Canal) and was recognized as such for it’s hugely hazardous construction conditions and the obstacles that were overcome – design challenges, granite mountains, steep grades, cliff hanging turns and unimaginable weather conditions. 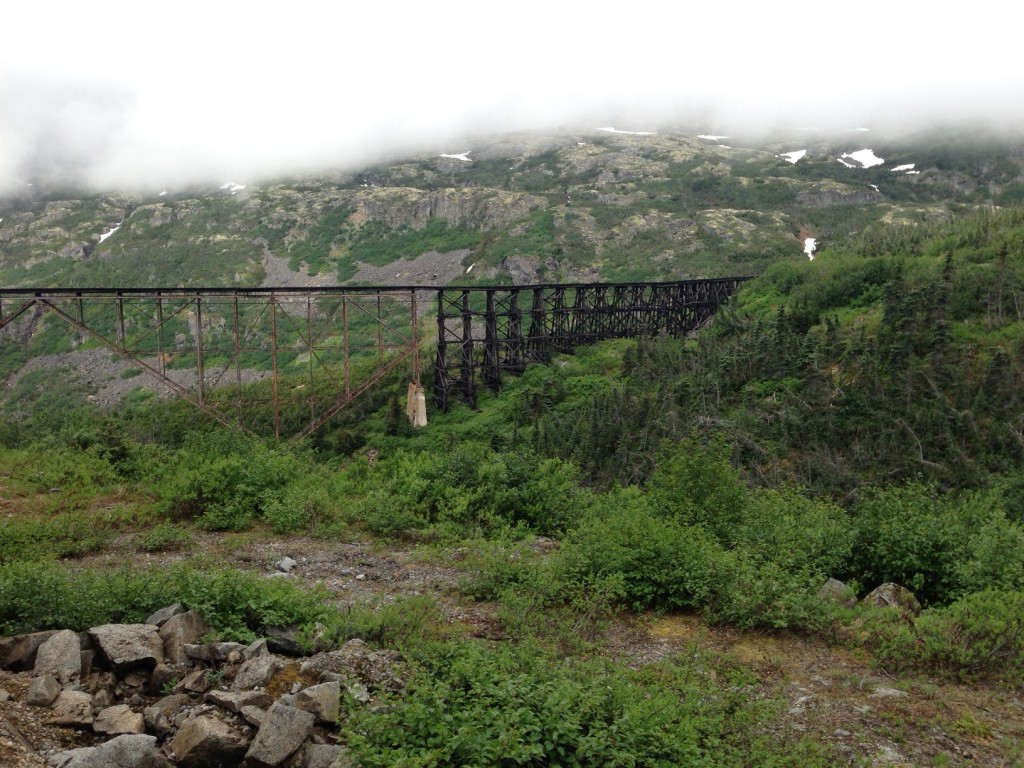 Several men lost their lives during the construction of the railway, and they are commemorated by a small cemetery on the way out of Skagway.  By the time the gold rush was peaking only $48 million worth of gold had been sold to the US mint down south in Seattle and San Francisco making it the largest gold rush the world has ever seen.  Now  of course it’s a very famous tourist destination and still passes all the way up into the Yukon Territory into Canada through hair raising turns and steep grades.  Most of the track up to the summit follows the original path, with only one or two sections deviating from the originally surveyed route. 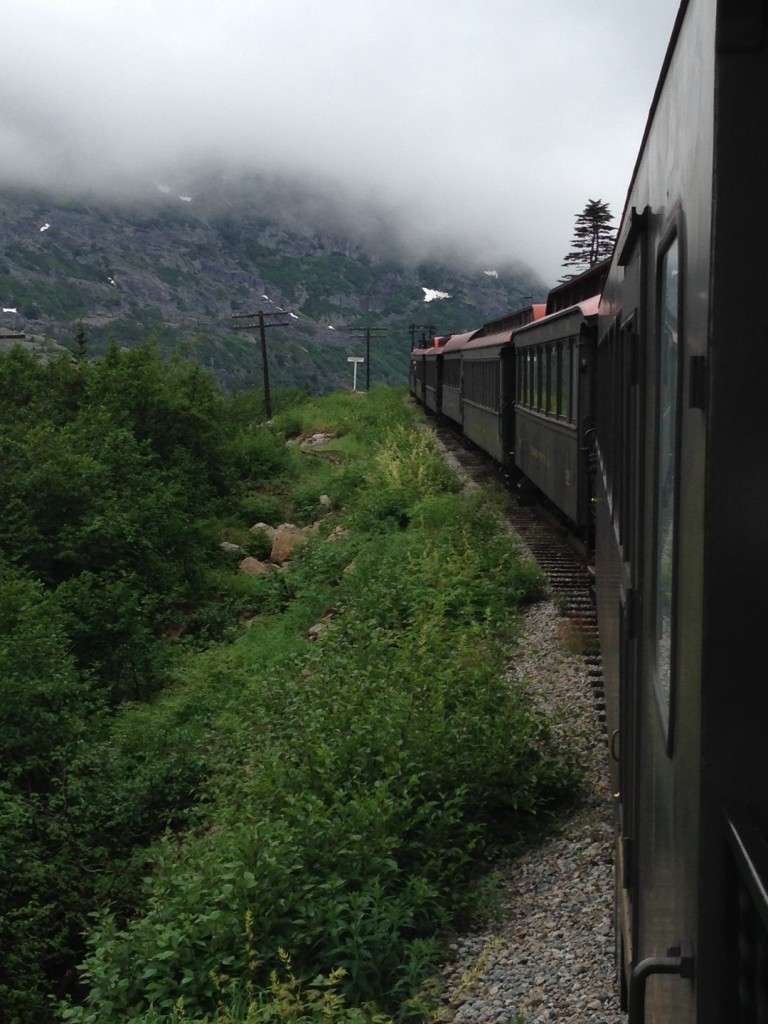 It must be one of the most gorgeous scenic railways in the world.  It is certainly as impressive as the cog railway that goes up to Jungfrau, from Lauterbrunnen in Switzerland, which while it goes up much higher and much steeper, is largely in a tunnel with limited views.  The huge canyons and thick forest this railway is cut through leaves you just reeling at how the bloody hell did these men back in the late 1890s build a railway all the way up there?  Absolutely amazing. 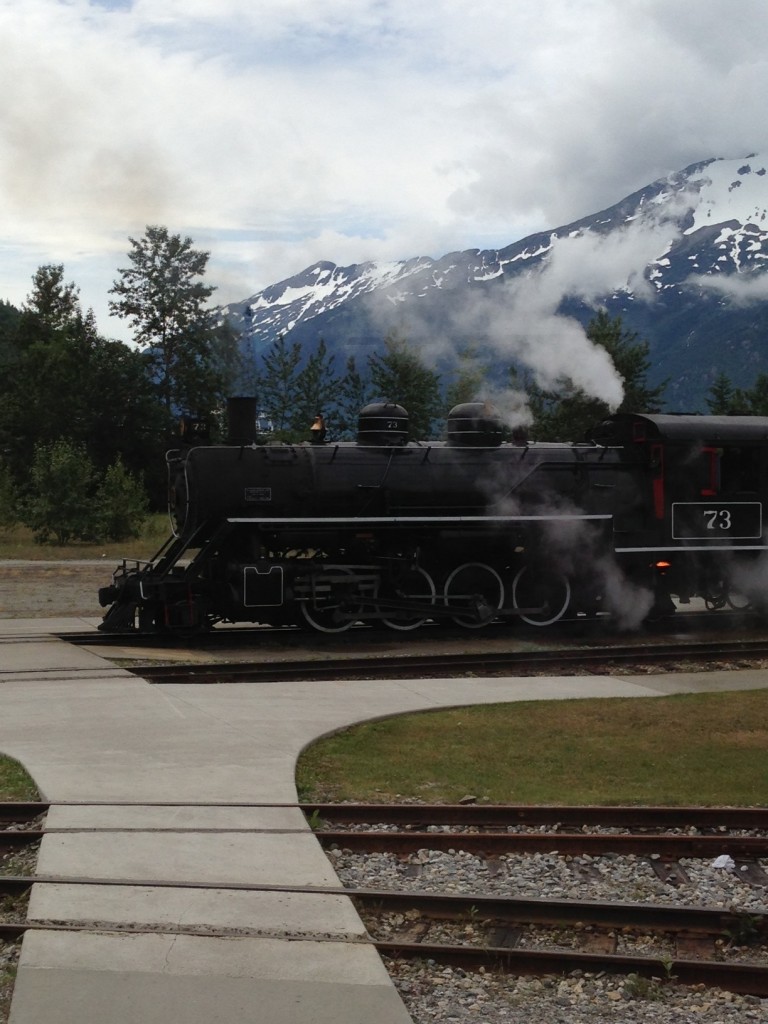 After our little trip on the railway, we hit downtown Skagway and did a bit of shopping.  Again, the specialty of the region appears to be mostly jewellery with more jewellery stores per square inch than the Ponte Vecchio (well, not quite, but you get the idea).  Diamonds, tanzanite, alexandrite, rubies, emeralds, you name it… if it’s shiny they got it.  And they’re all keen to wheel and deal to get your tourist dollar.  I was looking at a pair of pear shaped loose diamonds, colour G, clarity, S1 – original asking price: $5,400… leaving your shop now price: $3,200 (proving once again that you should never pay retail or the asking price on anything!).  So, lookie there Mr K, I saved you $3,200 today by NOT buying a pair of pear shaped diamonds!!  😀   And the prices on the tanzanite… jesus it is barely $495 per carat full set all pretty and in the deepest hues imaginable.  I was lucky to get out of there with my wallet not having gone into cardiac arrest.  But I was very restrained and my Visa yet lives.
I loved this saloon in downtown Skagway, for reason I am not quite clear on the Alaskan Brotherhood (some fraternity from what I can gather) have covered the front of this saloon with pieces of driftwood.  From what I have read there is over 20,000 individually found and placed pieces of driftwood on this shop front and it look very cool… of course at home, it’d be a big old buffet for termites, but here it seems to be happy enough.  🙂 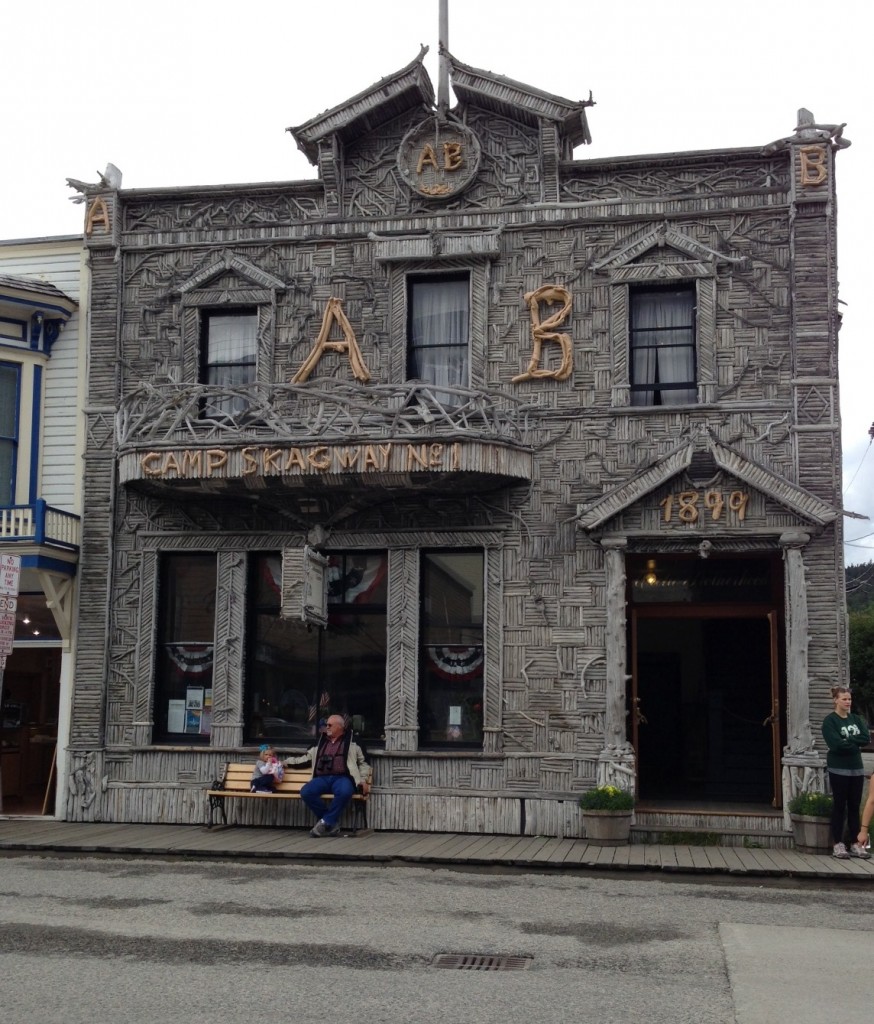 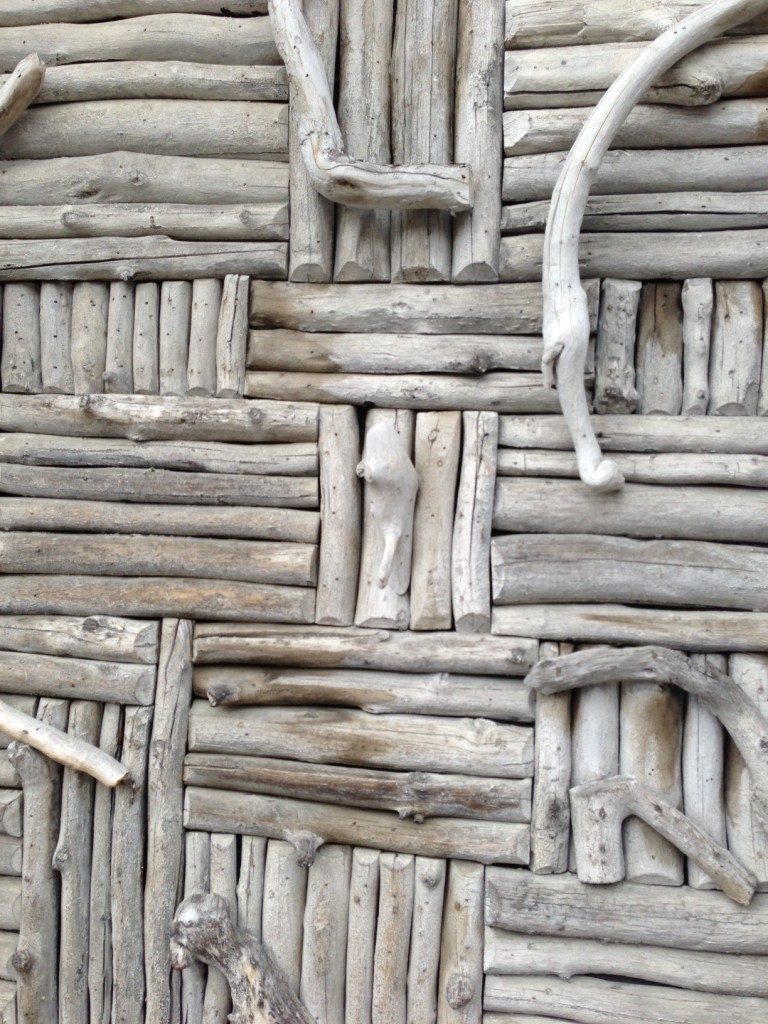 *I have no fucking idea what snoose is!?!