In an attempt to try and reduce the vitriole and angst that regularly spews forth in these pages, I am going to endeavour to dig up!  And by dig up, I mean find some fun and funny memories of some of the good stuff that we sometimes don’t really pay enough attention to… I’m thinking stuff even from ‘way back when’, shouldn’t be forgotten.

So… once upon a time, back in May of 1997, I met a young man at a house warming party in Annerley.  We hit if off straight away (but that’s another story) and met up at an SCA event the following weekend.  One day, shortly after he came to visit me at my work.  Which at the time, was The Disney Store at Garden City.  Yep, I spent a few years when I was at Uni doing my fine arts degree, working part-time as a ‘Cast Member’ for the Disney Store; flogging all things Pooh, trading in Disney trivia, being hammered with cartoon sing-a-long videos and basically drowning in stuffed Mickey Mouses!

Anyway, my gentleman caller joined me on my lunch break one day.  He turned up in a nice new suit and looking very dapper and we made polite ‘getting to know you’ chit chat along with enquiries as to how my day was going.  I vaguely remember telling him that one of our Disney Store ‘guests’ had accidentally left a Tickle Me Elmo in the store and I had been playing with it all morning and I laughingly told him that I hoped they didn’t come back for it because, well, let’s face it… Elmo rocks and I wanted to keep it!  We had a lovely lunch, he told me about a job interview he had coming up shortly, and made plans to see each other the following weekend.

A very distraught little girl turned up just after I returned from lunch and claimed her Tickle Me Elmo and the whole thing was forgotten.  I continued to go to Uni, continued to work at the Disney Store, the handsome young gentleman caller got the job he applied for, and within a few weeks we were inseparable.   A week or so later, he got his first pay check from his new job and called to say we should do dinner!  Sounded like an excellent plan.  What I wasn’t expecting, was the large box he handed me when  I walked in the door.  He gave me three guesses and I flailed around clueless through each one… only to open it up and discover a brand new Tickle Me Elmo of my very own! 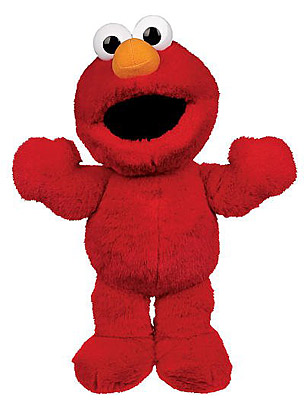 Thank you Mr K.  I still have Tickle Me Elmo and he still reminds me how wonderful it feels to be really heard and understood by people who are special to us.  🙂 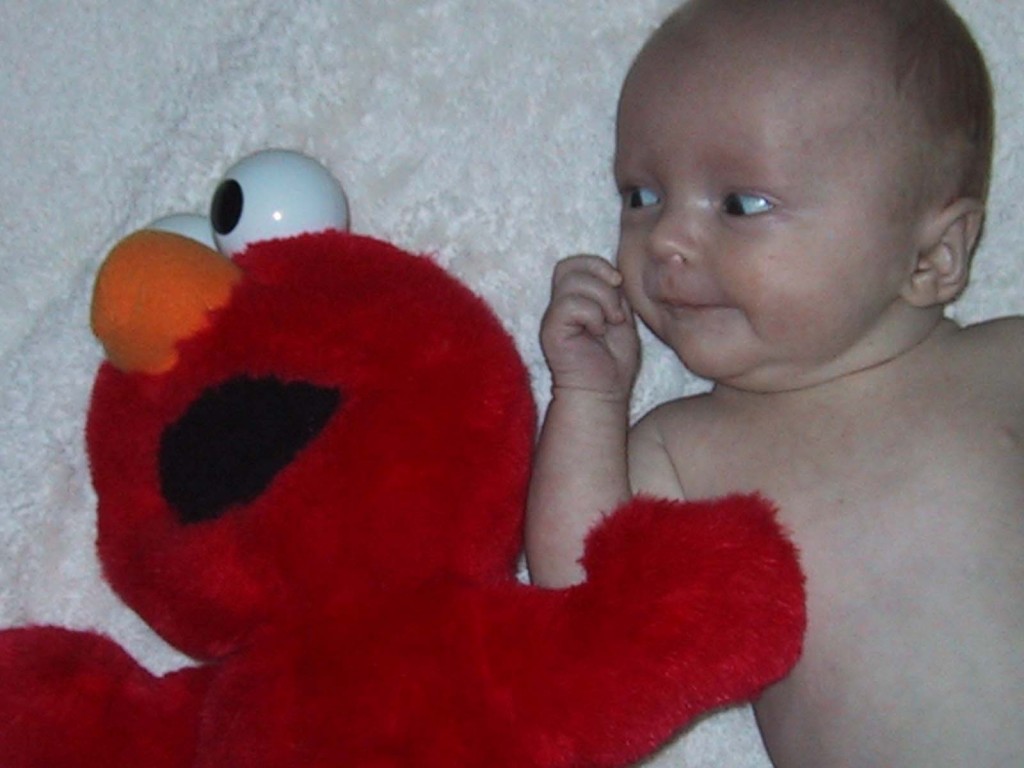