I’m sitting here asking myself – what was going on in those Medieval monasteries? Seriously?  Even though the image seems to err.. complement? the accompanying text (below), how does one reconcile this image with the fact that it was very likely have been produced, and viewed, by persons who had devoted themselves to lives to piety, prayer and scholasticism?  At first glimpse I thought it might have something to do with Absolon who did infamously kist Alisoun’s nether yea in The Miller’s Tale, from Chaucer’s Canterbury Tales.  But not so, it seems this moonish illumination derives from a Medieval romance called The Conversations of Solomon and Marcolf.

The concept of monks writing out racy romances feels more than a little absurd… and totally incongruous with our general perceptions of Medieval monks and their life of studious solitude, self deprivation (not to be confused with depravation!), and celibacy!?  Makes you wonder, what on earth were they thinking?  And also… what really went on, in ye olde monasteries?  O_o

From the dialogue of Solomon and Marcolf:

‘The king Salomon discended from hys hors and began to loke into the oven. Marcolphus laye all crokyd, hys vysage from hymwardes, had put downe hys breche into hys hammes that he myght se hys arshole and alle hys othre fowle gere. As the kyng Salomon, that seyng, demawnded what laye there, Marcolph answeryd: I am here. Salomon: Wherefore lyest thou thus? Marcolf: For ye have commaunded me that ye shulde no more se me betwyxt myn yes. Now and ye woll not se me betwyxt myn yes, ye may se me betwene my buttockys in the myddes of myn arsehole.’ 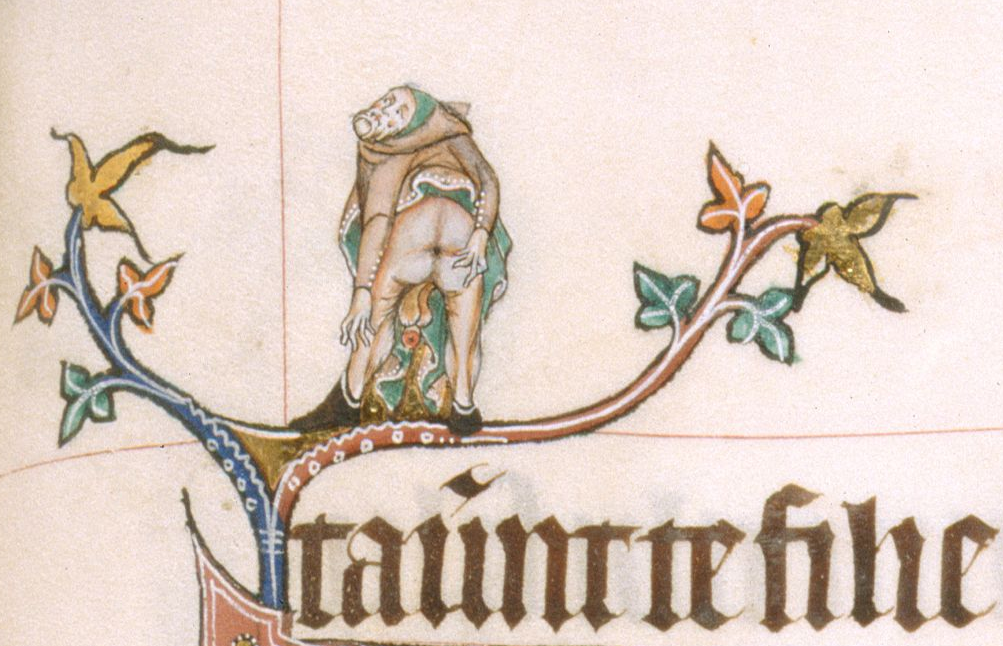