Went to see MiB3 the other night as I thought the Small Child might like it and it’s getting hard to find movies that are age appropriate for him. He turns his nose up at most kids movies and yet he’s not quite big enough to go see most films that are rated M.  Anyway, he loves the 3D cinema thing and I HATE it.  I don’t see the allure of 3D cinema at all, it’s a novelty that I know the film industry will keep bums on seats for the foreseeable future given that we have such high quality audio-visual systems in the comfort of our own homes now… but ‘boo’ for annoying 3D cinema and I hope people get jack of it soon.  So, naturally we went to a 2D session… because I said so!  😛 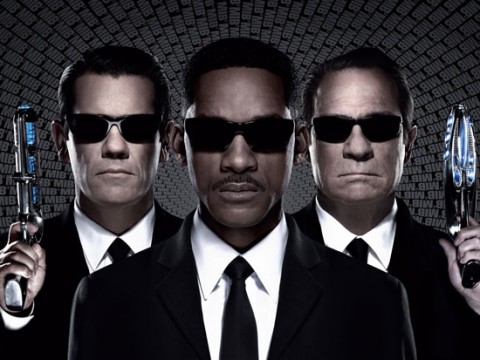 We have watched MiB and MiB2 together and enjoyed the vampire chaser/ghost-busters feel about them, bit you kinda wonder by the time they are cranking out a third movie in a franchise are they starting to flog a dead horse?  They’ve managed to keep it a bit fresh with a time-travelling plot element in this movie and the Young Agent K, played by Josh Brolin was excellent. 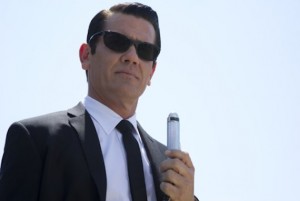 He did a great Tommy Lee Jones impression – serious, taciturn and the same laconic sense of humourand really has his mannerisms and accent down pat. Actually, come to think of it, Josh Brolin set in the 60s looked pretty good… you’d almost think he’d just stepped off a Mad Men set!   🙂 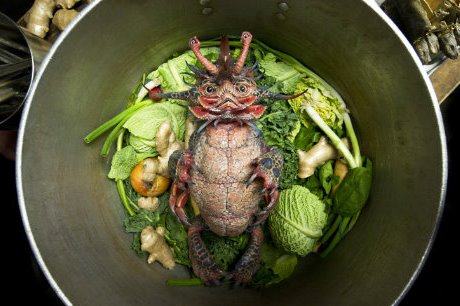 There was lots of funky space gun toys as per usual, crazy new aliens.  I love the all the funky looking creatures with their , including the ‘food’ (above), in the Asian restaurant!  Emma Thomson made a great Agent O – it’s nice to see her taking a less than serious role for a change. The menacing antagonist, Boris the Animal while being a very typical MIB character, reminded me in some strange way of Hannibal Lecter!   All up, I thought it’s not likely to win any awards or end up on anyone’s Top 10 Favourite Movie List… but it still provided a few giggles and was a few hours light hearted entertainment. 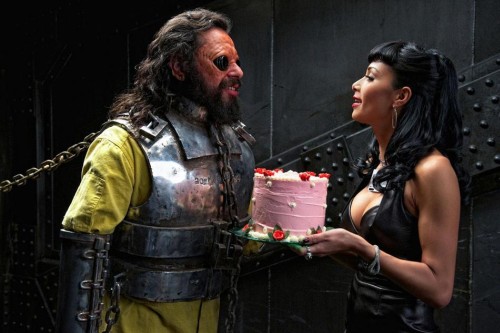