I’ve had an EXTREMELY frustrating day.

We’ve started work on building the extension on the house and I’ve spent most of the day WATCHING other people do the work.  Does anyone have any idea of how FRUSTRATING this can be?

IT DRIVES ME NUTS NOT TO BE ABLE TO DO THIS SHIT FOR MYSELF!!!!

It’s ridiculously strange how much it fills me with anxiety….  the sitting around watching people do the work and not being able to contribute.    🙁

I have a ‘thing’ for magnets.  Always have.  Love playing with them.  Love toys that have magnets in them.  Love devices that use magnets.  Even love magnetic clasps in handbags and stuff (except when they wipe your car park tickets… then I hate ’em).

Anyway I recently got some of these Bucky Ball magnets… and they’re bunches of fun!  Bunches and bunches even (that was just for you Mr K!) 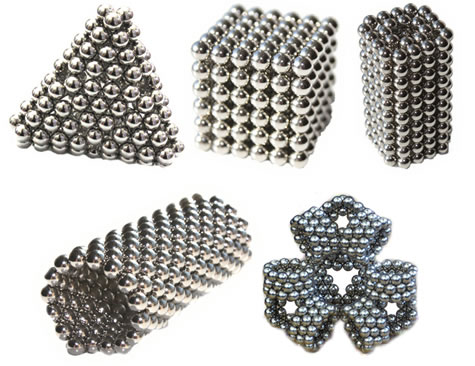 Lemme know if anyone want some cos they sent me a discount code that my friends can use.  🙂
.

Now I know it’s sometimes difficult to read between the lines in a conversation.  Especially when talking with those ever changeable and inconsistent people… you know the type… women.  🙂  So I do sympathize and usually try to allow a little lee-way when I know I must be speaking ‘Girl’ and therefore not being properly understood but just in case any of those male persons of my acquaintance need any Cliff Notes here they are –

You poor thing! Come here and I’ll give you a nice long massage.

Leave that… get yourself a heat pack and a cuppa.

Have you seen my phone/wallet/pants/bills/keys/other-shit-I-should-look-after-myself?

I’ll pick all those things up off the bathroom floor for you.

Have you finished prepping the Small Child for his school talk?

A:  Fucked…  lots of drugs and totally sick of being in pain.

What do you mean you didn’t take the Small Child to soccer training?

A:  Not tonight… I’ve overdone it today and I can’t breathe.

How about we cuddle up and watch a movie then.

Yes that’s right.  Where once I loathed the Urban Dictionary for it’s banality, it’s depravity and it’s attempt to appeal to the lowest common denominator amongst us… I have now decided instead to start subverting it from within.  Though in truth it’s probably not a viable concept to attempt to corrupt and undermine the principles of something that is inherently lacking in principles…..

No Undie Monday
This is a time honoured tradition most established amongst uni students, hippie swamp rat types and mid-level public servants who spend their weekends trying to get laid.  If memory serves this common phenomena results from an inability to successful complete all one’s laundry duties on the weekend.

Tits Out Tuesday
This particular expression is a colourful colloquialism resulting from an office full of women spending their Tuesdays trying to out do each other in wearing blouses whose primary design function is to display as much cleavage as humanly possible whilst maintaning some pretense of an attempt to adhere to the office’s Code of Conduct policies.  This particular expression has also spawned the concept of the "Tuesday Top".  (EG – ‘Holy fuck!  Check that out… it must be Tuesday!")

Welfare Wednesday
Welfare Wednesday was an expression used to explain the particularly long queues that would appear outside Commonwealth Banks on Wednesday mornings as all the pensioners lined up with their savings account PASSBOOKS to go into the tellers and withdraw their pension money.  This expression has diminished in use somewhat over the years with the introduction of ATMs and the change in process that has seen Centrelink take to giving out benefits on every day of the week  – a move which was no doubt largely precipitated by the major banks compaining of being over run with the old bitties every Wednesday.

and now we have –

Fatality Free Friday
This is a new one to enter the vocabulary and this author had never heard of it until this year where it was plastered on billboards all over town.  The concept being that people will on this day the 22nd of May 2009 take a pledge to ‘drive more safely today’ than on any other day to promote driver awareness and road safety…. but really, let’s be honest… they’re just tempting fate here!  Fatality Free Friday my arse!!!  What sort of public relations/advertising miscreant trying to justify their exhorbitant salary came up with this crap!?!?!

Needless to say that Fatality Free Friday has this little black duck holed up in her house for the entire duration as I flatly refuse to drive anywhere today.  For if anyone is going to end up a road fatality statistic on ‘Fatality Free Friday’… it’ll be Borys.  For She is one who has already suffered through four hideous MVAs (none of which was she at fault).  It is also She who seems to constantly run afoul of BrisVegas’ worst drivers on a regular basis.  She is also still prone to being hypervigilant on the road and on occasion still feels Herself fighting rising panic when encountering the overwheming bulk number of chicken fuckin’ morons out there who shouldn’t even have a license.  I mean ferfucksake!  Even the Parking Fairy abandoned her many years ago!!!

So… Borys and Cars do not mix…. and especially not on ‘FATALITY FUCKING FREE FRIDAY’!!!
.